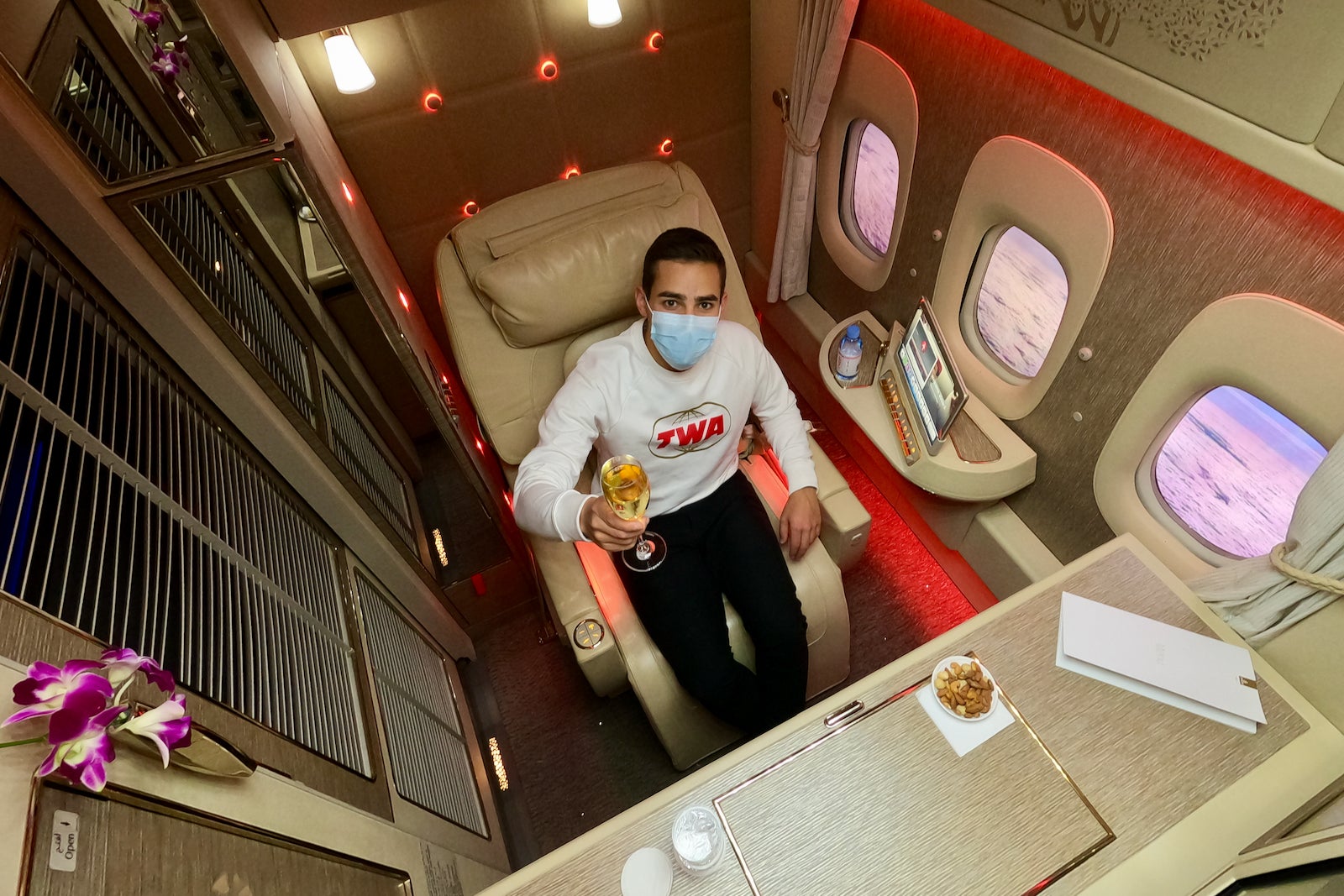 Needless to say, the pandemic has caused immeasurable pain and suffering, but with the vaccine on its way, perhaps the end is in sight.

Like in years past, below you'll find my top ten stories from 2020, this year's travel stats and what's on the horizon for 2021. And if you want to come along with me for the ride, follow along on Instagram (@_zachgriff).

Though I spent a good chunk of time on the road — especially before the pandemic came stateside — my top ten stories of 2020 include a mix of on-the-ground reporting with some epic trips.

Much has changed in the aviation world because of the pandemic. However, one of the biggest improvements has been the industry-wide elimination of the pesky $200 (or more) change fee.

United led the charge in late August when it became the first domestic carrier to say goodbye to change fees. Hours later, American, Delta and others matched, but Southwest still wins for having never charged a change fee on any ticket.

I started and ended the year flying in the two best business-class cabins in the sky.

In January, I flew from Tokyo to New York in ANA's The Room, which earned top marks in my review. The seats are some of the widest in the sky, the food was delectable and the 4K entertainment screens are the most advanced I've seen.

My last long-haul flight of the year was on Qatar Airways' inaugural from Doha to San Francisco. I sat in the award-winning Qsuite cabin and even managed to score a double bed thanks to a relatively light load. Suffice to say, I thoroughly enjoyed my 16 hours in the air, despite wearing a mask the entire time.

Before the pandemic, many airlines were busy modernizing their fleet. Some plans have been postponed or canceled due to the pandemic, but both Air Canada and Delta added snazzy new Airbus A220s to their fleets this year.

In January, Air Canada inaugurated its first A220 flight, a proud moment for the Montreal-based carrier since the plane was manufactured just miles away in Mirabel.

Last month, Delta flew its first A220-300 flight, adding some new improvements like a refreshed welcome area, while keeping the spacious configuration and fan-favorite window in the lavatory.

Following a 20-month grounding, the Federal Aviation Administration recertified the Boeing 737 MAX on Nov. 18. The troubled jet responsible for two crashes that killed 346 people has since restarted flying in the U.S., Brazil and Mexico.

Despite the pandemic, the Centurion Lounge network had a blockbuster year.

By mid-March, American Express opened three new outposts in Phoenix, Charlotte and Los Angeles. After a six-month networkwide closure, the issuer reopened its lounges and added a fourth new location — its largest space to date in New York's JFK Airport.

2021 is already shaping up to be another big year for Amex, with new locations planned for Denver, London Heathrow and New York LaGuardia, as well as much-needed expansions underway in Las Vegas, San Francisco and Seattle.

New terminals are ready for the pandemic to end

If there's one positive thing to come out of 2020, it's that we can bid farewell to the leaking ceilings in LaGuardia.

In June, LaGuardia Gateway Partners and the Port Authority opened the jaw-dropping new Terminal B at LGA. You truly won't believe your eyes when you see it.

In September, Delta, along with Salt Lake City officials, unveiled a new terminal in SLC, a major upgrade for flyers passing through Utah's busiest gateway. A second concourse opened six weeks later, with all flights now operating from a brand-new gate.

Getting a refund couldn't have been harder

At the outset of the pandemic, many major airlines tightened their refund policies.

The Department of Transporation received an 'unprecedented' number of complaints, and we at TPG heard from thousands of readers who were denied refunds for canceled flights.

Despite the rule changes, remember that you are entitled to a refund when your flight is canceled or significantly delayed.

New routes in the Middle East

I definitely didn't expect my most meaningful trip of 2020 to occur during a pandemic.

On Dec. 13, I flew on El Al's inaugural flight to Dubai, following the August announcement that Israel and the UAE would normalize ties.

Overflying Saudi Arabia and then watching my fellow passengers catch a glimpse of the Burj Khalifa on descent are monumental moments I'll never forget.

Resorts made for social distancing

For my limited mid-pandemic travels, I tried finding some of the best resorts for social distancing.

Some of the highlights include Hyatt's Ventana Big Sur in California and the brand-new Miraval in the Berkshires — both fantastic resorts for those seeking a points-friendly outdoor-focused adventure.

If you're looking to splurge, both The Ocean Club, a Four Seasons resort, in the Bahamas and Winvian Farm in Litchfield Hills, Conn. offer socially distanced luxury.

Welcome to the secret "crew rest"

Though the "crew rest," where pilots and flight attendants sleep on long flights, is off-limits to passengers, I had a behind-the-scenes tour of American's new Boeing 787-8 Dreamliner — and caught a glimpse of this cool space.

It's located one level above the passenger deck, so if you hear snoring coming from above, now you know why.

I frontloaded much of this year's travel in the first quarter, but I took a couple of socially distanced, outdoor-focused trips in the fall and early winter. In 2020, I flew about 65% of what I did in 2019.

Shortest flight: 156 miles on United Express from San Luis Obispo to Los Angeles to attend the opening of the LAX Centurion Lounge

Elite status: This year, all major U.S. carriers extended elite status through 2021. Most also cut the requirements for earning status in 2020 — and I hit the reduced thresholds for American Executive Platinum and United Premier 1K. I'll also keep my JetBlue Mosaic and Hyatt Globalist status, even though I didn't organically requalify for status this year.

I ended 2019 by writing that "2020 is shaping up to be another great year." This year, I'm tempering my expectations.

Until we reach mass vaccination, I'll continue staying home whenever possible, taking just a few outdoor-focused trips until I'm vaccinated. I'm eyeing a return to the Park Hyatt in St. Kitts, especially considering how well the country has handled the spread of COVID-19.

I plan to fly United's relaunched JFK-SFO flight in February and look forward to checking out both JetBlue's new A220 and Delta's new A321neo once they're flying.

Later in the year, I'm hoping to finally make it aboard United's island hopper and fly some of the interesting new flights coming in 2021, including American's Seattle to Bangalore service and United's Newark to Johannesburg connection.

Until then, I'll continue staying safe, masking up and washing my hands regularly. Be sure to follow along here on the site, on TPG’s social accounts (Instagram and Twitter) and my own Instagram page (@_zachgriff)!

All photos by Zach Griff/The Points Guy, except where noted.