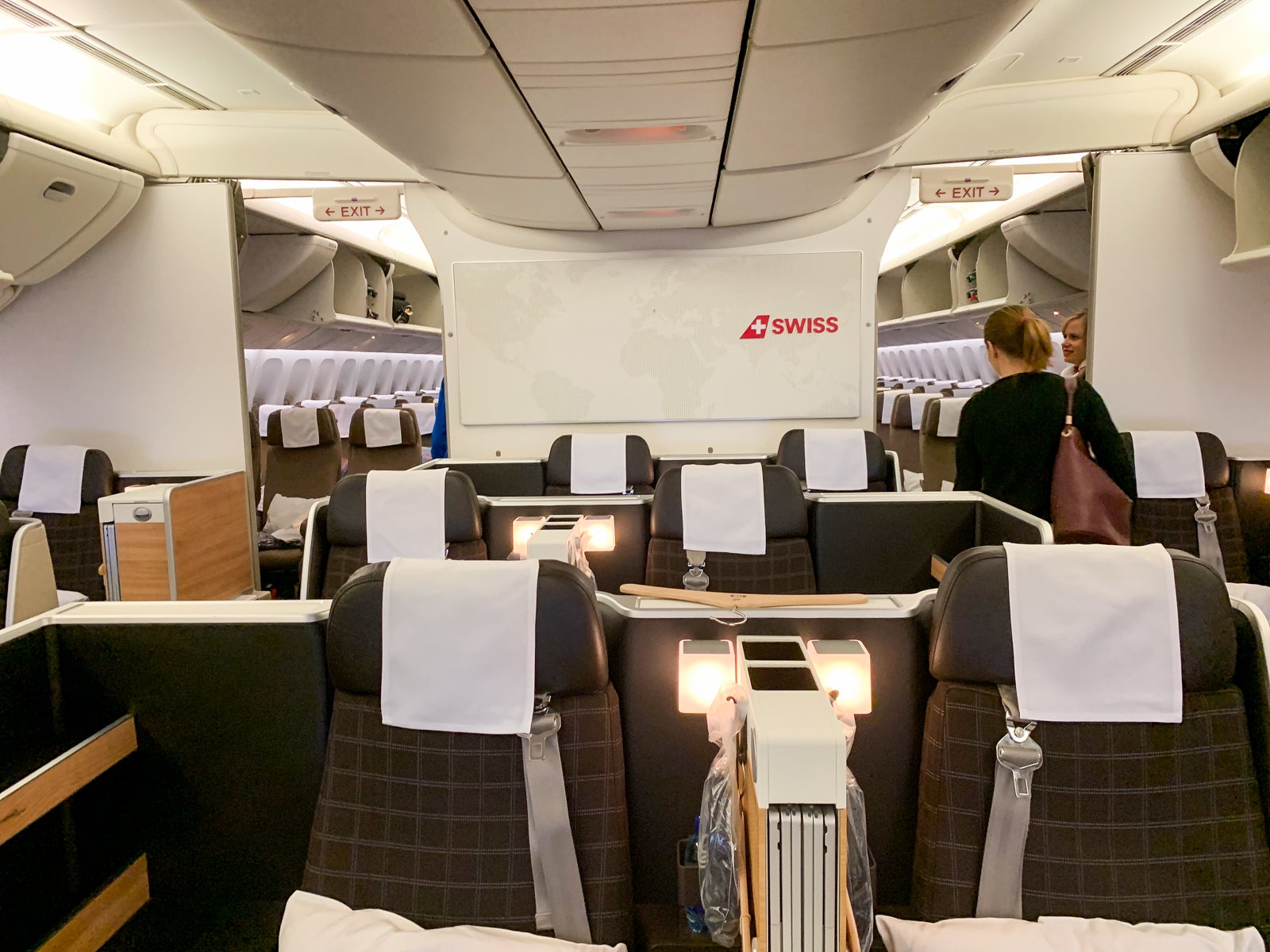 While many international travel restrictions remain in effect, the ongoing vaccine rollout will hopefully result in a surge of leisure trips in the later months of 2021. And if you're hoping to visit some of Europe's famed Christmas markets this holiday season, listen up. We're seeing a plethora of award availability on Swiss International Airlines from multiple U.S. gateways — with four or more seats in many cases. This is a terrific way of putting those hard-earned, transferable points to work.

Get points and miles coverage like this delivered to your inbox by signing up for the TPG daily newsletter.

While there are many dates through the summer and fall, we'll focus on award availability in November and December — providing a higher likelihood of being able to actually take the trip (as well as a chance to hopefully enjoy the 2021 Christmas markets). From my experience, these are actually terrific times to visit Europe thanks to cooler weather and fewer crowds.

And in addition to boasting its own Christmas markets, Zurich can also be a great jumping off point for others — like Colmar, France, one of my favorite yuletide destinations in Europe.

Amazingly enough, a significant portion of this award inventory involves flights departing from (or arriving back into) West Coast airports — giving you an incredible way to cross the Atlantic in comfort.

Should you book travel right now?

Before diving into the details of what's available, it's critical to consider the implications of booking travel right now. The coronavirus pandemic continues to impact travel around the world, and while there are signs of progress, there's no telling when countries will reopen for foreign tourists — and what entry requirements they'll provide.

We are seeing some countries, airlines and other travel providers moving toward a proof-of-vaccination approach for travelers, but there's still a ton of uncertainty.

As a result, there's no guarantee that you'd be able to take a November or December vacation to Europe. If you ultimately can't take the trip — and the airline doesn't cancel the flights on its own — you may be on the hook for change or cancellation fees, depending on the program you use to book these flights. This could be a good time to purchase independent travel insurance, as most of the coverage offered on popular travel rewards credit cards won't cover many COVID-19-related cancellations.

Related: When to buy travel insurance versus when to rely on credit card protections

In addition, bear in mind that when you transfer your credit card points to a partner airline to book an award ticket, there's no way to reverse it. If your flight is canceled, you'll wind up with airline miles — not the more valuable transferable currency.

That's not to say you shouldn't consider booking these flights. Just be sure to carefully consider your options, and be prepared for any of the above situations to impact your ability to actually take the trip.

With that out of the way, read on for a city-by-city rundown of the dates we've found with at least four business-class awards (availability accurate as of the time of writing). Again, there are earlier dates available, but we're looking solely at November and December departures since most of the major Christmas markets in Central Europe open in late November.

Read more: 6 reasons why now is the time to book travel with points and miles

From the U.S. to Europe

Note that the carrier's 2x daily nonstop flights from New York-JFK to Zurich currently don't have any notable availability during the months of November and December.

From Europe to the U.S.

Once again, the return flight from Zurich to New York-JFK doesn't have any notable business-class award availability.

Amazingly enough, many of these days have more than four business-class award seats — in fact, every one of the above dates out of and back into Los Angeles has at least nine currently available:

Since Swiss is a member of Star Alliance, you have many different loyalty programs that allow you to book these awards. Here's a quick summary of the best ones for booking Swiss award tickets, including transferable point options:

U.S.-based readers are likely most familiar with United MileagePlus, which is a 1:1 transfer partner of Chase Ultimate Rewards. While you won't pay fuel surcharges on award tickets booked through United, rates are relatively steep, clocking in at 77,000 miles each way after last year's partner devaluation. However, if you book a round-trip flight, you could utilize United's Excursionist perk to effectively add a stopover within Europe.

If you're looking to minimize the number of points you need, Air Canada's Aeroplan program may be a better bet. The new program launched in November, and these nonstop flights will set you back 60,000 points each way from Boston or the New York-area airports. Flights from any of the other gateways require 70,000 points each way. Aeroplan doesn't add any fuel surcharges on Swiss-operated flights, and you can transfer points from American Express Membership Rewards (1:1) or Capital One (2:1.5) directly to the program.

That said, note that Aeroplan's award chart now uses a distance-based formula, so adding a connecting flight could increase the number of points you need. For example, a one-way flight from Los Angeles (LAX) to Stockholm (ARN) via Zurich (ZRH) covers a distance of over 6,000 miles — bumping your business-class award rate to 85,000 points each way.

However, note that the new Aeroplan program does allow you add a stopover for just 5,000 additional points, even on one-way award tickets — though you must call to book these itineraries.

For connecting flights, Avianca LifeMiles is a solid option, requiring just 63,000 miles each way. However, you could drop that price if you add a connecting flight in economy either within the U.S. or once you arrive in Switzerland. LifeMiles discounts mixed-cabin awards, so if you're all right with the short segment in coach, you could lower the number of miles you'd need. Avianca is a 1:1 transfer partner of both Amex Membership Rewards and Citi ThankYou Rewards.

There are other solid Star Alliance loyalty programs — most notable ANA Mileage Club and Singapore Airlines KrisFlyer — but both of these impose prohibitive fuel surcharges on Swiss-operated award tickets. As a result, you're much better off sticking with one of the three programs detailed above.

These gluts of award space make clear the value of transferable point currencies. If you focus only on earning American miles (for example), you wouldn't be able to jump on a large number of award seats on a Star Alliance carrier like Swiss. And if you elected to earn United miles instead of Amex points, you could wind up paying a premium for these seats.

For additional details on using these currencies on Swiss flights, check out the following guides:

Swiss is generally known for offering solid award availability in its business-class cabin, but being able to snag four (or even more) award seats on many flights from the U.S. is fantastic. I personally have flown Swiss business class three times using Aeroplan miles transferred from American Express, and I've found it to be a great way to maximize my Amex points. If you're looking to book a trip to Europe for your family in late 2021, I'd jump on this award availability sooner rather than later.