Ultimate Guide to Taxes and Fees on Aeroplan Award Tickets

Articles
Ethan Steinberg has been a frequent flier for as long as he can remember. He went from studying abroad in Paris to moving to Shanghai after graduating college, where he covered all things travel in the Asia-Pacific region for TPG.
Oct. 15, 2018
•
11 min read 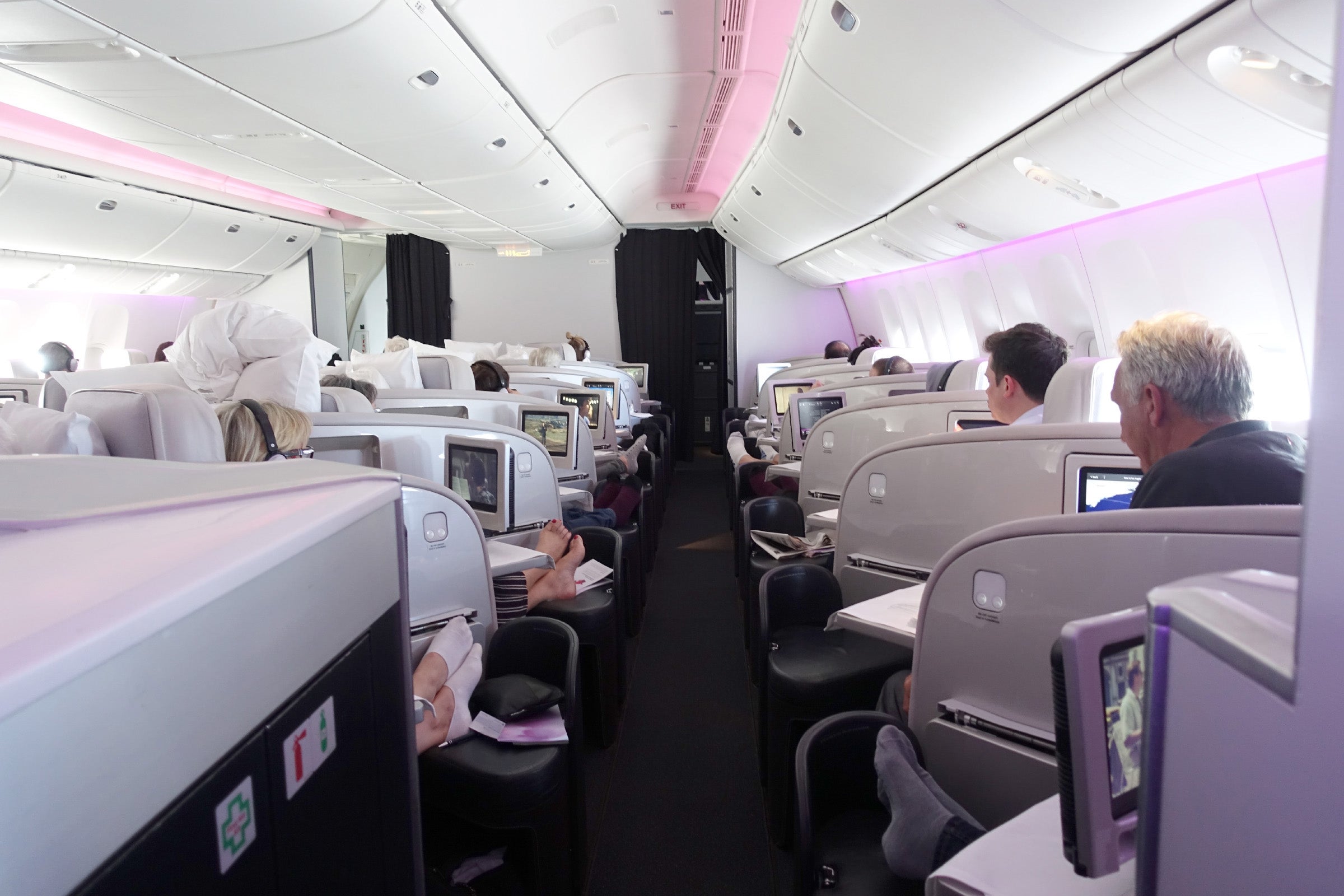 Ultimate Guide to Taxes and Fees on Aeroplan Award Tickets
This post contains references to products from one or more of our advertisers. We may receive compensation when you click on links to those products. Terms apply to the offers listed on this page. For an explanation of our Advertising Policy, visit this page.

Update: With the introduction of a revamped loyalty program, Aeroplan is no longer imposing fuel surcharges on award tickets.

One of the biggest surprises people face when redeeming their points and miles for the first time is that those "free" flights we keep talking about aren't actually 100% free. Experienced award travelers know exactly what I'm talking about: those pesky little taxes, fees and surcharges that accompany nearly every award redemption. These can range from the trivial, like the $5.60 in taxes you'll pay on most domestic awards within the US, to well over $800 one way for some aspirational awards, like Emirates first class.

When it comes time to redeem your points or miles, there are certain government-imposed taxes that an airline or program must collect (and these can be pricey). However, it's up to the individual airline or loyalty program to determine which of the carrier-imposed fees to pass along to the customer. In some cases, a program will have wildly different out-of-pocket charges for awards booked between the same origin and destination but on two different carriers. One of the best examples of this dichotomy is Aeroplan, the spun-off loyalty program of Air Canada. Today I want to break down the taxes and fees you can expect to pay on Star Alliance carriers the next time you redeem Aeroplan miles.

Now, it's important to note that one of the most notorious sources of these costs are termed "fuel surcharges" by many carriers. I won't bore you with my rant against fuel surcharges, but suffice it to say that they actually have very little correlation with the price of fuel. However, for this analysis, I'm lumping together all the miscellaneous taxes and fees that Aeroplan will charge on awards. If you're specifically wanting to avoid those dreaded fuel surcharges on Star Alliance carriers, consider booking through United instead. You'll rarely see taxes above $150, even on long-haul first class awards.

That being said, Aeroplan generally has lower mileage costs that United, which is why the program can be a great redemption option for Star Alliance. You just need to factor in the out-of-pocket costs of Aeroplan awards. Sure, traveling in Lufthansa first class can be a life-changing experience, but paying an extra $500+ for the privilege of using miles can remove some of the luster. That's why I'll demystify the process below and provide some tips to assist your planning.

There are two quick qualifications I'd like to make to this chart. The first is that Aeroplan lists all prices in Canadian dollars (although I've converted to USD), so fluctuations in currency exchange rates might have a mild impact on the taxes you pay. The second is that while these numbers are generally accurate, an individual city like London or Paris may apply additional taxes to award tickets that makes them more expensive than what's shown here. In fact, if you're flying to through or from London, you should prepare to add at least a few hundred dollars in taxes to your award ticket, even above the costs shown below.

Ready? Let's dive in! Here's what you can expect to pay when you redeem Aeroplan miles on its Star Alliance partners, broken down by domestic/short-haul and international/long-haul. All amounts are for one-way travel, and N/A indicates the carrier doesn't operate long-haul flights.

Armed with that knowledge, there are several important things to think about when booking your award travel through Aeroplan

It's pretty easy to tell by looking at the chart above which airlines will cost you when you book award flights through Aeroplan. But the high fuel surcharges for ANA and Asiana redemptions don't have to derail your trip; there are plenty of cheaper ways to fly to Asia by booking through Aeroplan. If you routed instead on United, EVA or Air China, you could end up saving a few hundred dollars per person and even more on a round-trip award.

For many of the carriers that do impose fuel surcharges, you'll pay a lot more to fly at the front of the plane. Lufthansa's long-haul fuel surcharges top out at around $200 in economy, but for first class they can easily climb as high as $800. Austrian is similar, with taxes on business class award tickets often costing twice as much as economy. This isn't to say you should avoid booking that aspirational first class redemption; you should just consider all of your options to make sure you're getting the best value from your points and your money.

3. Which Products Are Worth Paying More For?

That leads perfectly into the important question of which products are actually worth paying for. Not all premium cabins are created equally, and not all of them are worth incurring several hundred dollars in additional taxes and fees. Lufthansa first class is one of the most consistently excellent flights, with tickets often retailing for well over $10,000. Meanwhile, the carrier's business class, shown above, is a solid option but seriously lacking in privacy. It might be worth emptying your pockets to sit all the way in the front of the plane, but the same doesn't necessarily hold true for business class.

Despite its close geographical proximity to the US, redeeming miles for flights to Europe often ends up being surprisingly difficult and expensive. For many of the Aeroplan partners with generally low taxes, flights out of London (LHR), Paris (CDG) and Frankfurt (FRA) were $100 - $200 more expensive than Asian and North American cities. Again, this is not to say that you shouldn't travel to Europe. When you're ready to depart Europe, consider a cheap positioning flight on a low cost carrier like EasyJet to get you to a city with lower departure taxes. It's often possible to find one-way tickets around Europe for less than $50, and you could end up saving triple that in taxes.

There are many flavors of Star Alliance loyalty programs, and some don't impose the same taxes and fees as Aeroplan does. For example, neither United's Mileage Plus program nor Avianca's LifeMiles program pass on fuel surcharges on their respective partner airlines, so that can keep some serious cash in your pocket. That being said, you'll oftentimes see higher redemption rates through these programs.

For example, if you had to book a round-trip Austrian Airlines business class flight from the US to Europe, which of the following would you rather do?

Everyone has his/her own thresholds for what makes a "good value" redemption, but saving 30,000 miles by paying over a thousand dollars doesn't seem like a great option to me.

Aeroplan is a great loyalty program with reasonable award prices for both short-haul and long-haul flights, and as a 1:1 transfer partner of American Express Membership Rewards, points are relatively easy to earn. The one area where the program stumbles is the inconsistency in additional fees on partner award flights. It's ultimately up to you to decide whether you're willing to pay hefty charges to secure the exact itinerary you want. Just pay attention on the checkout page so you don't end up making a costly mistake.

Our points-obsessed staff uses a plethora of credit cards on a daily basis. If anyone on our team wouldn’t recommend it to a friend or a family member, we wouldn’t recommend it on The Points Guy either. Our opinions are our own, and have not been reviewed, approved, or endorsed by our advertising partners.
See all best card offers
Related stories
Guide
6 reasons you’ll want to book a balcony cabin on your next cruise
Guide
60,000-point bonus for a top travel card: Chase Sapphire Preferred credit card review
News
Disney offers 1st public discount on Star Wars: Galactic Starcruiser 'hotel' packages
News
Register now for United’s latest Mile Play promotion