How to avoid fuel surcharges on award travel 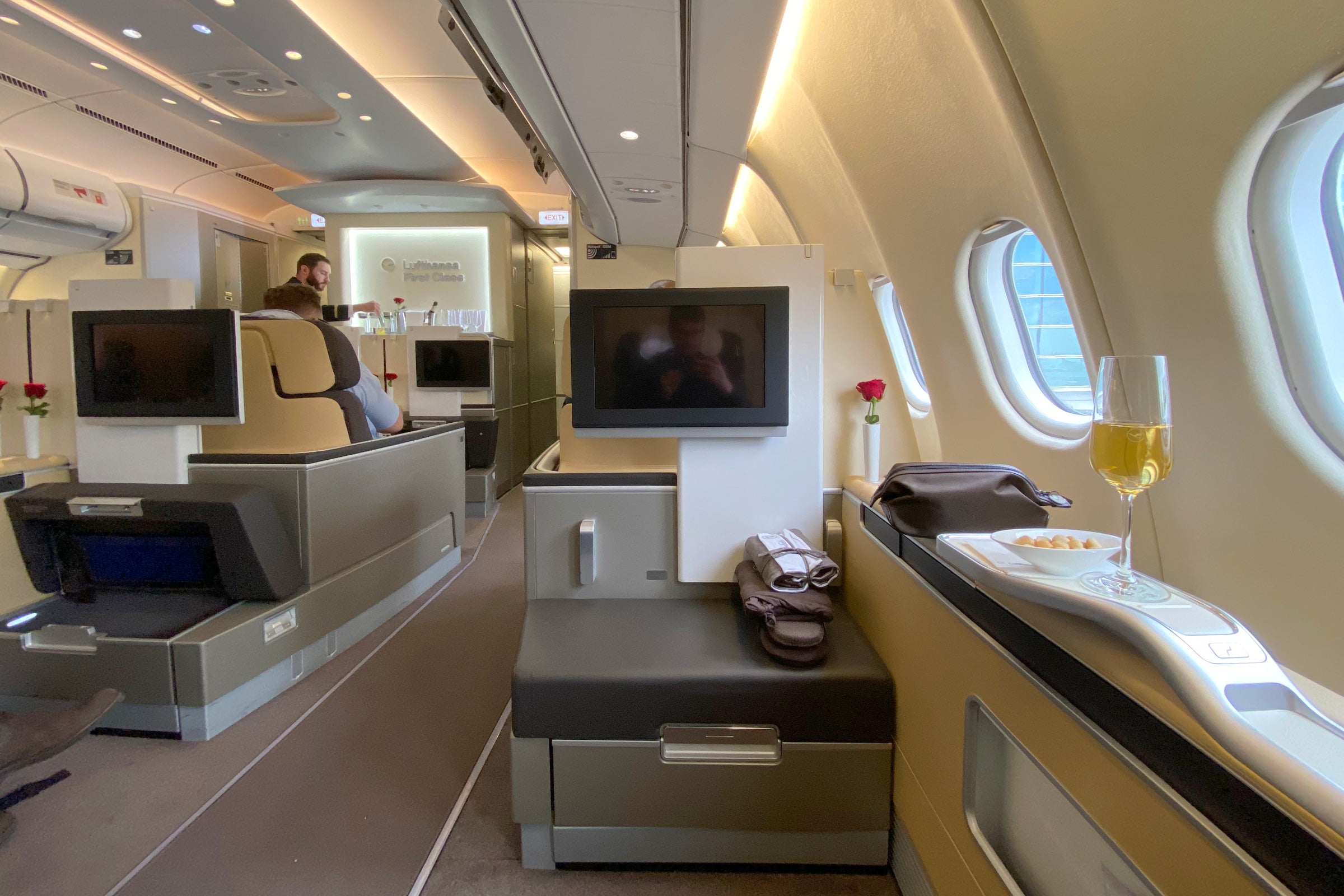 Fuel surcharges are an important issue for award travel enthusiasts, as they can make your award flight cost hundreds (if not thousands) of dollars in addition to your miles redeemed.

In some cases, fuel surcharges, often termed “carrier-imposed surcharges” by the airlines, are so high that they can match or even exceed the price of an economy-class ticket, eliminating much of the benefit of redeeming miles in the first place.

With oil prices going up again, airlines like ANA and Emirates have increased fuel surcharges. It’s important to remember that fuel surcharges these days have often have nothing to do with the cost of fuel. This is especially true when awards have massively different fuel surcharges for flying in opposite directions or when you pay more fuel surcharges with one loyalty program over another on the same flight.

This guide will look at which loyalty programs do and don’t add fuel surcharges to award tickets. Then, I'll dive into strategies you can use to avoid fuel surcharges the next time you redeem your hard-earned points and miles.

There are just a handful of programs that currently don’t impose fuel charges on any awards, including flights on their own planes and those operated by partners. Here are the programs that check this box.

At least for the moment, you can use your points and miles on these airlines without carrier-imposed surcharges (though you’re still on the hook for other mandatory taxes and fees). Of course, most of these airlines don’t offer many premium redemptions, so you have minimal opportunities to maximize their respective loyalty currencies.

Aside from JetBlue, these airlines also lack partner redemption options. With JetBlue, you can redeem your TrueBlue points on flights with Hawaiian Airlines, and "coming soon," you'll be able to redeem on American Airlines. You can also redeem American AAdvantage miles for JetBlue flights without fuel surcharges.

When Air Canada revamped the Aeroplan program, the airline eliminated fuel surcharges on partner award tickets. This includes flights on Star Alliance partners that often add high surcharges, like Austrian, Lufthansa and Swiss. That said, you're still on the hook for paying a partner booking fee of 39 Canadian dollars ($29) when flying with airlines other than Air Canada.

Related: 19 things you need to know about redeeming with the new Aeroplan

Star Alliance member Avianca runs the LifeMiles award program. This program doesn't add fuel surcharges to its award bookings, which is part of why it's so popular.

With LifeMiles, you’ll frequently see lucrative promotions on buying miles, and the program is a transfer partner of American Express Membership Rewards, Capital One miles, Marriott Bonvoy and Citi ThankYou Rewards. Better yet, the program offers frequent transfer bonuses that can make awards even cheaper.

Be aware that the program’s website isn’t nearly as user-friendly as United's. Still, Avianca offers lower award rates than United on many Star Alliance premium-cabin awards, so if you’re looking to book a ticket in Lufthansa first class, this may be your best bet. Note that LifeMiles does add a $25 booking fee to partner awards.

Related: Everything you need to know about Avianca LifeMiles

United Airlines doesn’t add fuel surcharges to any award ticket. Any ticket you book with your United MileagePlus miles, including tickets on its Star Alliance and non-alliance partners, will only include mandatory government-imposed taxes and fees.

United is a transfer partner of Marriott Bonvoy (with enhanced transfer rates thanks to the RewardsPlus partnership), Bilt Rewards and Chase Ultimate Rewards.

Related: 30 ways to earn miles with the United MileagePlus program

Airlines that add fuel surcharges to some of their awards

Next, here’s a list of major airlines that impose fuel surcharges on some award flights and an explanation of when you can expect those extra charges to be added.

Alaska Mileage Plan doesn’t pass on fuel surcharges for many of its most popular partners, including Cathay Pacific and JAL. Unfortunately, the program does add fuel surcharges on award flights operated by British Airways.

Depending on which flight you book, fees (or lack thereof) can be wildly different.

Compare your out-of-pocket costs for flying from New York to London in economy. Nonstop routes with British Airways will see $200-plus fuel surcharges, while American tickets add just $19 in taxes and fees. Likewise, one-stop tickets with Aer Lingus have minimal taxes and fees.

This Japan-based carrier imposes fuel surcharges on award flights on its own flights and those operated by some partner carriers.

ANA is a transfer partner of American Express Membership Rewards and Marriott Bonvoy.

The American Airlines AAdvantage program adds fuel surcharges to partner award flights operated by British Airways and, to a lesser extent, Iberia. You won't pay fuel surcharges when redeeming miles on American flights or on other partners like Cathay Pacific, Finnair and JetBlue.

AAdvantage is a transfer partner of Marriott Bonvoy and Bilt Rewards. There are also multiple American Airlines cobranded credit cards you can use to earn miles quickly.

British Airways Executive Club has some of the highest and most egregious fuel surcharges of any airline. You can avoid them by booking award flights operated by some of its partners, including Aer Lingus. In addition, American Airlines flights within the Americas do not incur fuel surcharges.

The Delta SkyMiles program is probably best known for its lack of award charts. You will pay award surcharges when flying on Delta, Air France, KLM, ITA and Virgin Atlantic flights that originate in Europe. However, if your award ticket starts in the U.S., you are not liable for paying fuel surcharges.

SkyMiles is a transfer partner of American Express Membership Rewards and Marriott Bonvoy. There are also numerous Delta credit cards that can help build up your SkyMiles stash.

Unfortunately, fuel surcharges are high on the airline's own award tickets. And since all of these flights are to or from the U.K., you'll pay $800-plus on a one-way business-class award ticket on many Virgin Atlantic-operated flights.

Related: A review of Virgin Atlantic’s Upper Class Suite on the A350 from London to New York

Given the above information, are there any ways to avoid these hefty charges the next time you book an award ticket? While there’s no foolproof plan for doing so, there are some simple strategies you can use. Here are my favorites:

While Iberia does impose fuel surcharges, they’re far less than what you’ll find on British Airways — a carrier that is infamous for its horrendous added fees.

We’ve covered how to transfer Avios between British Airways and Iberia at no cost. TPG senior editor Nick Ewen has written about how much this can save you, so be sure to read those posts for additional details.

The best thing about these programs is the flexibility; if you have points in one of these programs, you can transfer them to a frequent flyer program that imposes lower or no fuel surcharges. The same applies to smaller, newer programs like Bilt and Brex which have their own unique arrays of transfer partners.

These programs currently offer options to redeem points directly for paid tickets, which will incur no fuel surcharges and earn you miles. While these redemptions don’t always offer the best value per point, they’re good options if you’re trying to minimize the cash cost of your award travel, especially if your travel plans “force” you to take an airline that imposes fuel surcharges.

Related: A guide to earning transferable points and why they’re so valuable

Choose a destination (or departure city) without fuel surcharges

There are many destinations where awards don’t incur fuel surcharges within North America (including Hawaii) and South America. You could avoid these entirely by starting from the right airport, as many flights originating from Hong Kong, Japan, Australia and New Zealand carry low or no fuel surcharges.

Ultimately, you should go where you really want to go (within reason), but if you’re trying to decide between two otherwise equal options, pick the one that won’t force you to cough up extra for surcharges.

Travel on a carrier with low or no fuel surcharges

Even when a program does impose fuel surcharges, the cost can vary dramatically depending on which carrier operates the flights.

In addition, international award flights on Air New Zealand, Aeromexico, LATAM and Saudia generally have no fuel surcharges, regardless of which carrier issues the award.

Use a credit card that reimburses you for travel expenses

Some credit cards, including the Capital One Venture Rewards Credit Card, allow you to redeem miles for any travel expense. If you’re stuck paying fuel surcharges on an award ticket, you can use the miles earned from these cards to cover the cost. This reduces your out-of-pocket expenses. Other cards, like the Chase Sapphire Reserve, offer an annual credit for airfare or other travel purchases.

Use reward points to pay for the airfare directly

I purchased several discounted, short-haul flights with minimal taxes on a trip to Europe. In contrast, an award booked through a program would have set me back even more miles, and I also would’ve incurred quite a bit of taxes, fees and fuel surcharges. And as a bonus, you’ll even earn miles from the trip!

Related: The Sapphire Reserve math: When to book travel through Chase and when to transfer points

As the saying goes, “There’s no such thing as a free lunch.” Fuel surcharges tacked onto award tickets are proof of this exact economic theory. Fortunately, you can use simple strategies to avoid these extra fees or minimize their impact on your wallet. Hopefully, this post will help you plan your next award trip without breaking the bank!

Related stories
What are points and miles worth? TPG’s December 2022 monthly valuations
Capital One Venture X to lose Priority Pass restaurants and spa services as of Jan. 1, 2023
December 2022
Current Hyatt promotions: Bonus points on stays and dining plus double stay credits
Featured image by Lufthansa First Class (Photo by Zach Honig/The Points Guy)
Editorial disclaimer: Opinions expressed here are the author’s alone, not those of any bank, credit card issuer, airline or hotel chain, and have not been reviewed, approved or otherwise endorsed by any of these entities.