Why are the fees, taxes and surcharges on Avios redemptions so high?

Articles
Ben Smithson is a senior writer for TPG UK. Originally from Australia, he is the primary points and miles writer for the U.K. site.
Follow
Feb. 15, 2022
•
7 min read 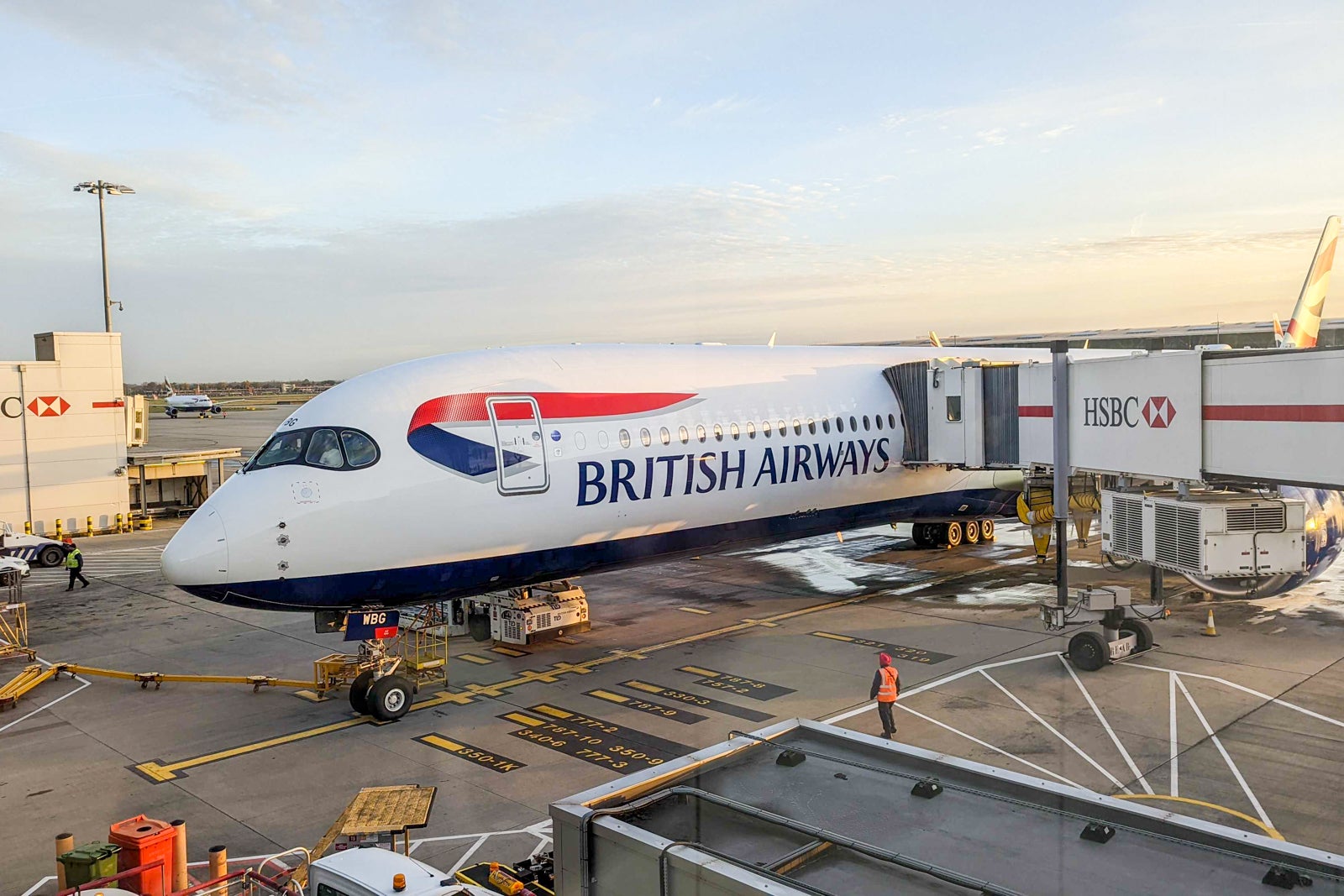 Earlier this week, we learned the unfortunate news that the already high fees, taxes and surcharges on long-haul British Airways premium cabin redemptions were increasing even further, without notice.

This means that if you are, say, redeeming a British Airways companion voucher for return business-class flights to the U.S., you will only be required to pay the Avios for one passenger. At the same time, you must pay the full fees, taxes and surcharges for both passengers, which may now be more than $2,000 in total.

You may be wondering why these amounts are so high, and why they just increased. Let's take a closer look at what you are paying for.

Want more travel news and points advice from TPG? Sign up for our daily newsletter.

This November, a British Airways round-trip business-class fare from New York-JFK to London Heathrow (LHR) is $4,346 per person.

The various fees in this ticket are several small amounts charged by customs, immigration and airport operators at both the origin and destination. These are charged to the airline by, for example, U.S. Customs and Border Protection for the services it provides to traveling passengers. The airline then passes these charges on to the passenger.

Government taxes include things like the U.S. International Arrival Tax. The U.S. government levies this tax on all arriving passengers for various federal services, like environmental protection and airport maintenance.

You will also notice the Air Passenger Duty, which the airline is required to pay for each passenger departing the United Kingdom. This tax is higher than the U.S. taxes and fees and is unique to flights that depart the U.K.

Related: Flying from the UK is about to get more expensive because of Air Passenger Duty increase

Thankfully, you can avoid paying U.K. APD taxes if you start your journey outside the U.K. (even if you connect via the country). You may also find that overall fares are less expensive on indirect flights from mainland Europe than direct flights from Heathrow.

Regardless, these taxes and fees are relatively small and do not add up to the almost $1,700 in total fees, taxes and surcharges that you must pay on an Avios redemption.

Related: How to use the ITA Matrix to find cheap flights

The largest fee, tax or surcharge on a British Airways ticket is the "Carrier-imposed surcharge (YQ)" that clocks in at a huge $1,300.

This charge is exactly what it sounds like — an additional surcharge imposed by the carrier (British Airways). It is completely discretionary, and 100% goes to the airline. It is not passed on to the customer by any airport or government agency.

So, where does this large mystery amount come from?

The "YQ" surcharge is commonly known as a fuel surcharge. Fuel is a significant expense for airlines, and global fuel prices can fluctuate significantly. While airlines are free to change base fares as they see fit, airlines do not have the same flexibility with Avios redemptions. This is because the Avios required for a flight remain the same if oil costs $20 or $100 per barrel.

However, when oil prices decreased, airlines were hesitant to decrease the surcharges. After all, it was easy money that went straight into their pockets for every cash or redemption fare.

The global price of oil plummeted during 2020 as the coronavirus pandemic locked down much of the world. Less travel meant less demand for oil, and the price fell accordingly.

Unfortunately, British Airways did not decrease fuel surcharges when fuel costs decreased. The airline was hemorrhaging money elsewhere when travel demand dried up, and it needed a lifeline from the few who were still on the road.

In fairness, as you can see from the graph above, the price of fuel has increased in recent months, which may explain British Airways' most recent fuel surcharge increase.

This increase would be understandable if the airline continually adjusted its fuel surcharge to mirror fuel prices. Instead, BA kept some of the highest fuel surcharges of any airline in the industry for years, and they are now higher than ever.

Fuel surcharges are sometimes referred to as "junk fees" by travel analysts, as they're fees charged to customers that do not have any real relation to actual fuel costs.

How to reduce the cost

If you're traveling home from the U.K., you can reduce taxes by starting your journey outside of the country.

And to reduce the fuel surcharges, you may consider flying a partner airline on the same or similar route. After all, other airlines add much lower fuel surcharges than BA. You can use ITA Matrix to check (look for the "YQ" line item).

Suppose you have transferable points like American Express Membership Rewards points. You can also choose to transfer these points to a program that doesn't add high fuel surcharges to award tickets.

For example, Air Canada Aeroplan doesn't add fuel surcharges to award tickets, including flights to and from Europe operated by partners like Austrian Airlines, Brussels Airways, Lufthansa, Swiss and United.

Related: Good news: Cathay Pacific gets rid of fuel surcharges for most regions

Even if global fuel prices drop, it's unlikely that airlines like British Airways will reduce their fuel surcharges in response. Consider the frustrating fees, taxes and surcharges a loyalty fee for redeeming your points and miles for that "free" travel.

And while travelers can easily choose between different airlines for cash fares, they are limited to the points and miles they've accrued when it comes to award travel.

This further stresses the importance of earning transferable points currencies like Amex Membership Rewards and Chase Ultimate Rewards points. These currencies transfer to a handful of different airline partners, so you can book with whichever airline partner has the lowest points and cash price on your next trip.

Featured image by Ben Smithson/The Points Guy
Editorial disclaimer: Opinions expressed here are the author’s alone, not those of any bank, credit card issuer, airline or hotel chain, and have not been reviewed, approved or otherwise endorsed by any of these entities.