Every United business-class seat ranked from best to worst 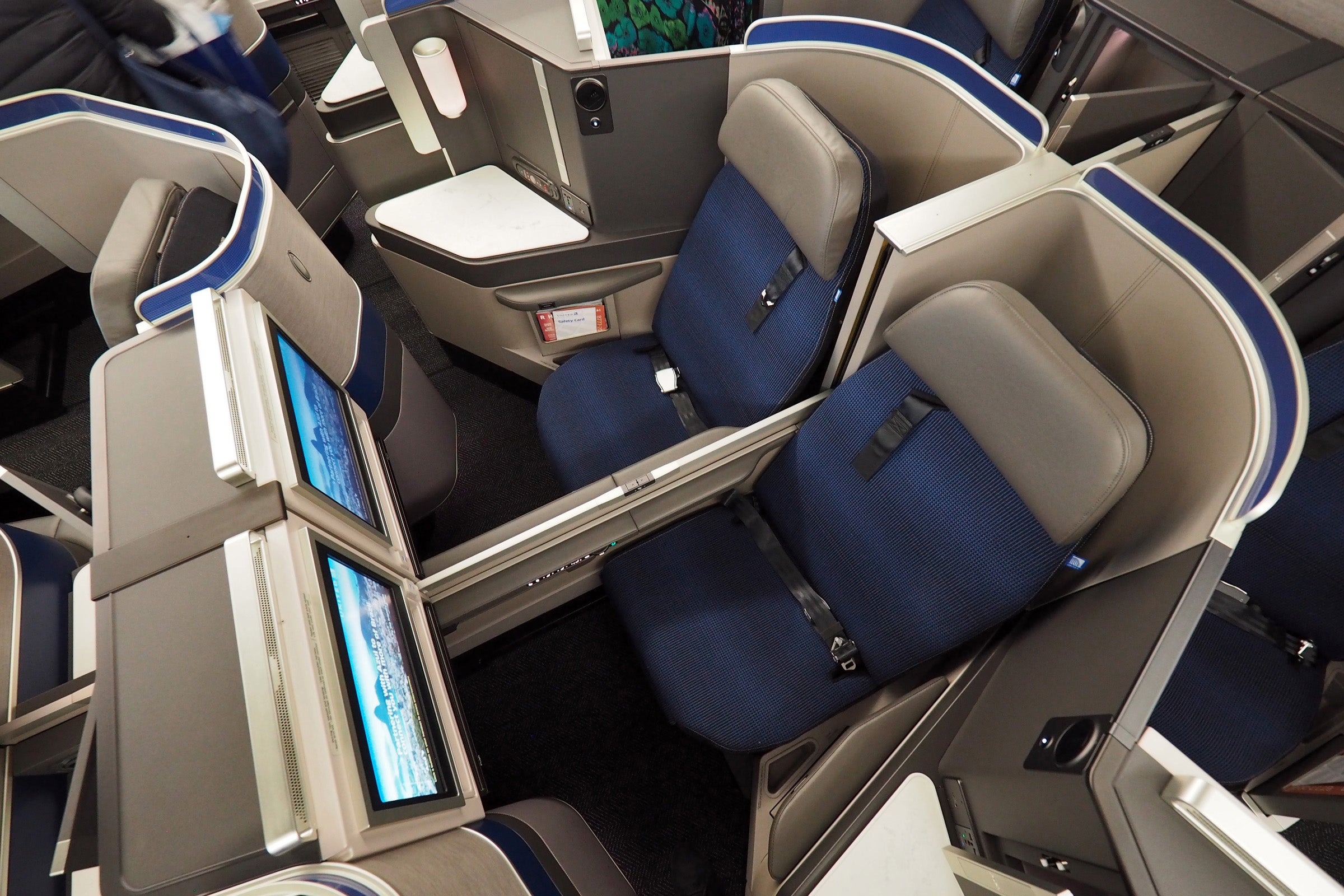 In a perfect world, airlines would offer a consistent experience across their fleets. Instead, since many take delivery of new aircraft all the time, offerings tend to be mix and match. Lufthansa is the one global carrier offering an identical business-class seat (for now) on all of its long-haul planes.

The situation seems to be especially uneven here in the U.S. As with American Airlines, which has an incredibly diverse fleet, not all of United's seats are created equal. Polaris business class is a huge improvement over the carrier's older seats, but there are plenty of aircraft still flying with the old seats, even as the carrier continues to retrofit planes with its latest product.

Here's a rundown on United's biz-class offerings, ranked from best to worst. And be warned: The worst seats really are awful as far as business class goes. Buckle up — it's going to be a bumpy ride.

My favorite United seats can be found on all of the carrier's 22 Boeing 777-300ERs, plus an ever-growing number of retrofitted 777-200ERs, all extended-length 787-10 Dreamliners and many 787-8s and 787-9s. They offer substantially more privacy than any of the carrier's other offerings, and with a 1-2-1 arrangement, there's an opportunity for passengers traveling together to grab center seats and enjoy the flight together. These seats also offer side tables, decent storage, a privacy divider and United's latest inflight entertainment.

United operates a similar version of its new Polaris seat on the 767-300ER, in two versions: one with a 30-seat Polaris cabin, and a second offering a whopping 46 lie-flat seats, spread among 16 rows. Almost all of United's smaller 767s have been reconfigured. I like this version almost as much as what you'll find on the 777s, but with a 1-1-1 configuration, there aren't any paired seats, making this less ideal for families and couples.

Where to Find Them: You'll most often find this configuration on flights between the East Coast and Europe, such as Newark to London (LHR). You'll also see them operating some of United's shorter long-haul flights out of Chicago, Houston (IAH) and Washington, D.C., in addition to the carrier's new service between the West Coast and New York-JFK.

Many of United's most advanced planes are still flying one of the carrier's older seats. While Polaris retrofits are well underway, both the 787-8 and extended-length 787-9 variant fly a newer version of B/E Aerospace's Diamond business seat. They're arranged in a 2-2-2 configuration here, and while they're far fresher on the Dreamliner, the narrower cabin means trimming about an inch off the seat's width. Storage is limited to an open side compartment, plus a small storage area underneath the ottoman, which is far wider at the bulkhead row.

Where to Find Them: United's older Dreamliner flights originate at a handful of hubs, including Denver (DEN), Houston, Los Angeles (LAX), Newark, San Francisco and Washington, DC. They're used primarily for flights to Asia, Europe and Australia, including United's longest flights between San Francisco and Singapore (SIN).

Measuring 21 inches wide, this version of United's 767 biz seat is noticeably narrower than the 787 model above. I still find it comfortable, though, and I love having the option of a single middle seat, especially when I'm flying alone. Being in the middle seems to boost the service a bit too, since flight attendants in both aisles deliver food and drinks throughout the flight. However, you can get bumped in the middle, especially on the 767-300ER, where all passengers board through the forward door. Storage can be limited too, unless you're in a bulkhead row.

Where to Find Them: All of United's 767-400ERs have been stored during the pandemic, and it's unclear when they'll return. Most of the smaller 767-300ERs have already been updated with either 30 or 46 Polaris seats — it's becoming increasingly rare that you'll encounter this older configuration, though it does pop up here and there.

Finally, we have the single-aisle 757-200 version, which is just as narrow as what you'll find on the 767, at about 21 inches. It definitely feels tighter, too, especially in the footwell and storage underneath. These seats are clearly past their prime — still, they do lie completely flat, and they're a decent option when you're traveling with a companion.

Where to Find Them: You're all but guaranteed to see them on most of United's narrow-body Premium transcontinental flights, including Newark to Los Angeles and San Francisco. This seat also makes a frequent appearance on ordinary domestic flights, where it's sold as first class. Whenever you see a United flight operated by a 757-200, this is what you'll get — be sure to avoid the longer 757-300, though, since those offer recliners, instead.

United's oldest 777 business class is arranged in a 2-4-2 configuration. Yup, you read that right — there are four seats in the middle. That's simply unacceptable for business class, though it's not unusual to see in premium economy. The good news is that unless you're a non-revenue traveler or you clear a last-minute upgrade, it's easy enough to avoid those middle-of-the-middle seats, but be prepared for an unpleasant ride if you do get stuck. Regardless of which seat you get, expect nonexistent storage and a tight squeeze. Avoid avoid avoid unless you really, really need four across!

Where to Find Them: Generally, you'll only see this seat on United's domestic-configured 777-200s, which are currently grounded as the airline investigates potential issues with their Pratt & Whitney engines. If they do return, expect to see them on flights within the mainland U.S., along with select flights to Hawaii and United's nonstop between Honolulu (HNL) and Guam (GUM).

If you're hoping to fly United Polaris, it's certainly worth considering adding a co-branded credit card to help quickly build your MileagePlus balance. The airline is currently offering the following bonus opportunities, in partnership with Chase:

With the exception of those domestic 777s, and perhaps the 757-200s, United's entire long-haul fleet should eventually offer a variation of the Polaris seat seen up top. The B/E Aerospace seats will continue to serve as a decent stopgap for now, since they're a fairly comfortable Polaris alternative. Still, there's no question that you'll have the best experience when flying the real thing.

Related stories
Here are the best Black Friday travel deals of 2022
Great deal: Book business class tickets at premium economy prices with this Avianca LifeMiles sale
Holiday gift guide: TPG’s 22 travel-friendly picks for 2022
Vail Resorts lift-ticket sales capped; buy your Epic Pass by Dec. 4
Featured image by The 787-10 will offer a modified version of United's 777 Polaris seat. Photo by Zach Honig.
Editorial disclaimer: Opinions expressed here are the author’s alone, not those of any bank, credit card issuer, airline or hotel chain, and have not been reviewed, approved or otherwise endorsed by any of these entities.