Want to skip Thanksgiving? 11 reasons to escape to Europe instead

Articles
Lori Zaino is a writer for TPG and TPG UK covering travel, news, points and miles and more. She's been based in Madrid, Spain almost 15 years and is an expert in travel throughout destinations such as Europe, Southeast Asia and Africa.
Follow
Oct. 28, 2019
•
9 min read 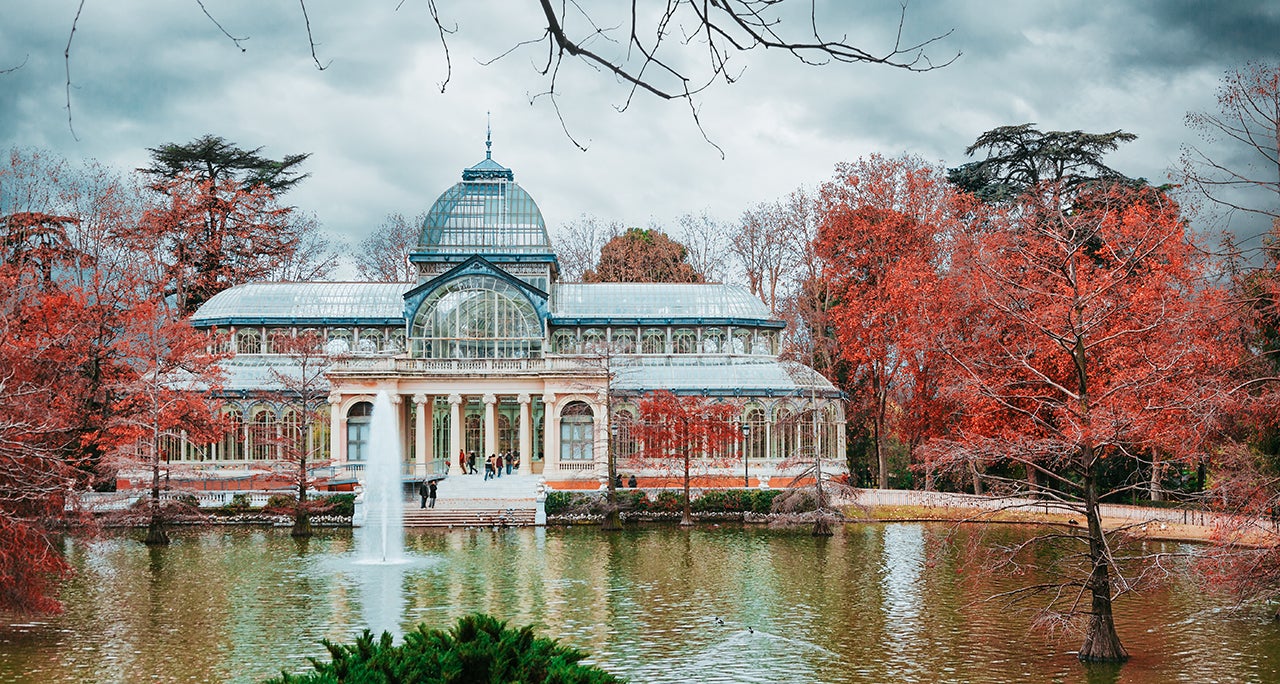 If hosting the annual Thanksgiving dinner seems like more work than fun, you're not alone. Americans are choosing to travel abroad more than ever during the holiday, and ditching turkey (not to mention crowded U.S. airports, highways and train stations) for the ease of Europe instead.

This time last year, CheapOAir reported seeing a higher-than-normal percentage of international bookings -- 29% versus 20% in previous years. And this year, CheapOAir's list of top 10 international destinations to fly to for Thanksgiving includes several European hotspots like London, Paris, Barcelona, Dublin and Amsterdam.

But why visit Europe over the Caribbean or Mexico? If you want beaches and sunshine, heading south may be the best bet. But right now, Europe is affordable and relatively tourist-free.

So, trade turkey for Wienerschnitzel, stuffing for cacio e pepe or mashed potatoes for fish and chips this Thanksgiving season.

Last Thanksgiving, for every U.S. dollar converted, you'd get a rate of €.87. This year, the rate is hovering around €.91 for every U.S. dollar. While the drop may not seem like much, the favorable exchange rate will definitely save you some cash when splurging on pricier hotels or eating out.

Remember, even if you only save $20, that can take you far in some European countries where wine is just a couple of dollars per glass. Of course, not all European countries use the euro, but generally, the dollar is strong at the moment and it's a good time for travelers wanting to maximize their budget.

You can book off-peak travel with points

While domestic flights within the U.S. are sky-high during this holiday period, flying to Europe around Thanksgiving is usually very cheap. And if you plan to use points, many European carriers mark Thanksgiving (and most of November) as off-peak dates, meaning you may be able to score a solid deal.

Take advantage of sweet spots, like using 34,000 Iberia Avios to fly one-way on Iberia's A350 in business to Madrid (MAD) from Chicago (ORD), or using 13,000 British Airways Avios to fly on Aer Lingus in economy one-way from Boston (BOS) to Dublin (DUB). Even American Airlines marks this November time period for flights to Europe as off-peak, meaning you can fly for 22,500 miles in economy from various U.S. hubs to many European cities.

Take advantage of the Thanksgiving Thursday and Friday vacation days off to maximize your travel time. You could take a nine-day trip (including the weekends before and after Thanksgiving) and only request three days out of the office using paid time off.

If you want to avoid crowded airports, flying on Thanksgiving Day is actually really quiet. You can still take advantage of those two vacation days without battling the crowds for a spot at the lounge bar.

And if you're paying cash -- you still have time to buy. Prices don't skyrocket until the beginning of November, according to the flight booking site and app Hopper — and Expedia reported that fares can be approximately $100 cheaper on Thanksgiving compared to the Saturday before the holiday.

"Flying on the holiday itself is often the least expensive and the least busy," Hipmunk content manager Kelly Soderlund told TPG last year.

The end of November is low season almost all across Europe, meaning hotel rates and availability are better than other times of the year. And now that hotel loyalty programs are starting to implement off-peak and peak stays (think: Marriott), it's likely that many European properties have off-peak award rates during this time.

For example, Bonvoy's Hotel Alfonso XIII in Seville, Spain, a Luxury Collection property, has rates listed at 50,000 points or €289 (about $318) per night from Nov. 30 to Dec.1, the Saturday night of Thanksgiving weekend. If you look at the Saturday before Easter (April 11 and 12), which is peak time in Seville thanks to religious processions, rates for the same room are 70,000 points or €603 (about $665 per night).

Even the dreamy — and famously expensive — Monaco, on the French Riviera is steeply discounted at this time. Last week, a spokesperson for the Hotel Metropole Monte-Carlo reported rooms were available over Thanksgiving from $420 per night. Expensive? Maybe. But that's more than half the price you'd pay during the high season, when rates soar to $970 per night.

Related: Why you should spend Thanksgiving in London

See the sights without seeing other tourists

Most Europeans aren't traveling during this period, so it's an ideal time to see some of the continent's most popular tourist attractions including Rome's Colosseum, the Eiffel Tower in Paris and Barcelona's Sagrada Familia without throngs of other tourists in your photos.

Smaller destinations without all the big attractions, such as Taormina, Sicily and Rotterdam, in the Netherlands, will likely be tourist-free, or at least much less crowded.

Many of Europe's ski resorts are open by this time of year in countries such as Switzerland, Austria, France and even Italy. Here are some areas where you'll likely be able to enjoy powdery slopes in November:

Not a skier? Don't worry. It's wine and truffle season too, so you'll have plenty to eat and drink. You may even catch a harvest festival or two, especially in Italy, Portugal, France and Spain.

If you're all about experiencing that holiday cheer (read: mulled wine and other tasty treats), many of Europe's famous Christmas markets actually begin in November. Visiting during November means you can start indulging in the holiday cheer without the freezing temperatures and crowds typical in December. Here's a list of some European cities with popular Christmas markets that open in November 2019:

Soak in the sunshine

Although most of Europe won't be hot and sunny in November, destinations in southern Portugal, Italy and Spain, as well as some of the Greek Islands and Malta, will continue to enjoy scattered sunshine and mild temperatures. For a beachy alternative to the Caribbean or Mexico, Spain's Canary Islands boast November temperatures in the low 70s. Although the water may be chilly, you can still enjoy some sun and sand.

If you simply can't imagine having Thanksgiving without turkey, many restaurants in European cities with a large expat population offer Thanksgiving dinners and lunches. A simple Google search can help you find if your destination has restaurants or American clubs serving these special meals. (And for anyone traveling solo, it may be a fun way to meet other travelers or even locals in your destination.)

If you really want to truly explore, and spend your Thanksgiving wandering off the beaten path, consider visiting some less-frequented European countries like Armenia, Latvia, Slovenia, Montenegro, Lithuania, Georgia and Romania, all of which are prime destinations for getting to know a new culture and seeing new sights before they've flooded your Instagram.

Check out TPG's "second city" guides for inspiration, which includes suggestions for other cities you can visit from major hubs like Lisbon, Madrid, Rome, Milan and Barcelona.

Featured image by Crystal Palace at the Retiro Park in Madrid. Photo by JoseIgnacioSoto / Getty Images