Beyond coronavirus: What the future of travel will look like for all of us

Articles
Brian Kelly is the founder and GM of The Points Guy (TPG), the preeminent voice when it comes to loyalty programs, credit cards and travel.
Nov. 13, 2020
•
10 min read 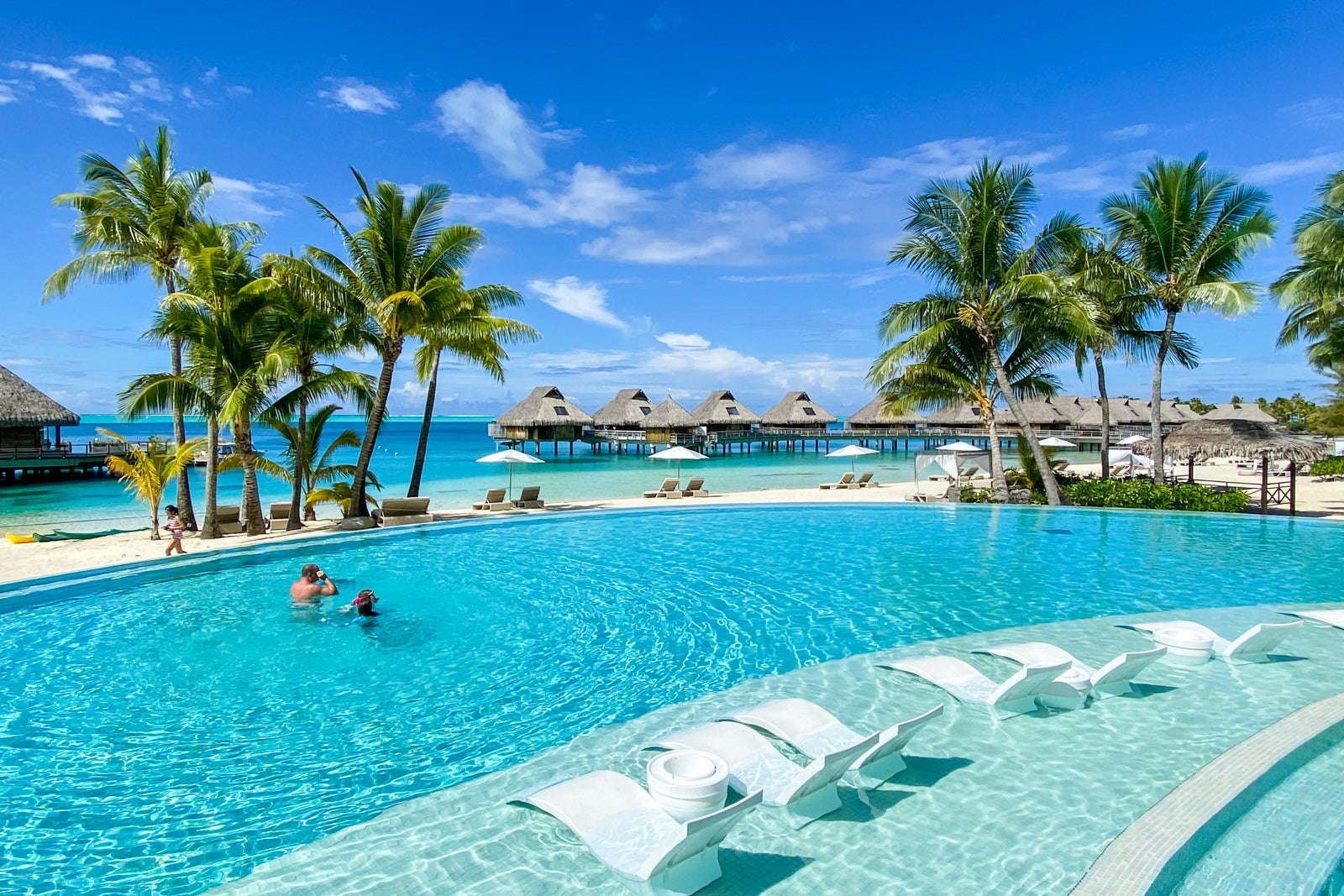 Editor’s note: This is a recurring post, updated with new information.

We're now about eight months into the coronavirus pandemic that has changed the world as we know it forever.

There's been much upheaval in the industry we love so much, and things are still uncertain. It was startling to see a near-total collapse of the airline industry in March and April, and then encouraging to see the TSA screen more than 1 million passengers on a single day a few weeks ago (though that number is still down massively from 2019 figures).

But, as we've moved through this pandemic and learned to live -- as well as we can -- with this virus, the travel industry has adapted in many ways. While there are some things we hope will not be permanent changes, there are aspects to the new normal that I hope do stick around long after the pandemic is in the rearview mirror.

And, we recently received tremendous news: Pfizer's candidate for the coronavirus vaccine has shown to be very effective in trials, and could be released for the public in 2021. With this development in mind, we can reasonably begin to think of the post-pandemic world

Now, based on all we've learned since the pandemic started, let's take a look at how the travel industry will look going forward.

At the airport, plexiglass barriers are everywhere, signs marking the appropriate distance between people are all over the floors and walls and everyone wears a mask (or at least should).

Most airlines have moved to a back-to-front boarding process, though this hasn't proven to cut down people's tendency to crowd gates or to rush, all at once, to get off the plane.

Wiping down seats with disinfectant has become commonplace, no longer just for over-the-top germaphobes. Face masks are required from the moment you step in the airport when flying with every major U.S. airline.

Several carriers blocked middle seats in economy and capped capacity in first-class cabins through the summer. Most airlines have signaled they'll sell every seat in the cabin once again in just a few weeks, while a couple -- Delta and JetBlue -- said they'll continue blocking seats through the end of the holiday season.

We will need to wage war against long lines when travel does rebound. The number of people traveling over the last several months has been dramatically less than normal, so we're not seeing especially long lines or large crowds for now.

However, the pandemic can push us to think of better solutions for what will inevitably be an issue once travel climbs back to the levels we saw in 2019. Whether at check-in, security or immigration, having hundreds of people slowly creeping along in small spaces will no longer be acceptable.

Luckily, we have technology that can dramatically improve those processing speeds, including biometrics. Why are we still paying TSA agents to run a physical ID under a black light and say, “Hmm, does this person look like their license picture?” Why are passports still physical pieces of paper with stamps – items that are just begging to be stolen?

While privacy is a concern, we need to look at the bigger picture. Millions of lives are on the line and viruses know no borders.

There are plenty of other steps to be taken that can help guard the traveling public against infectious diseases. Delta, for example, partnered with the TSA to introduce antimicrobial bins at automated screening lanes to help stop the growth of a wide range of bacteria.

Select airports -- including the three major hubs in the New York City area -- have begun offering COVID-19 testing for passengers. Airlines have done the same for people heading to specific destinations, like United offering tests for passengers heading to Hawaii from its San Francisco hub.

Soon after United announced this move, competitors including Alaska, American and Hawaiian all announced similar programs.

We've learned over the course of this pandemic that flying is a relatively safe activity. But, as it stands now, there's no coordinated national effort to test people regularly and accurately, so people aren't necessarily confident in traveling to destinations by air.

With a robust testing-for-travel policy in place, we could get the country -- and the world -- moving once again.

The cruise industry has been eyeing a large-scale return to the seas for quite some time. The Centers for Disease Control and Prevention (CDC) lifted its no-sail order from U.S. ports but instituted a "framework for conditional sailing" that requires cruise lines to jump some hurdles before once again carrying passengers from U.S. ports. We'll likely see cruise ships departing from U.S. home ports in early 2021. They'll follow in the footsteps of some cruise ships that successfully sailed in Europe over the summer months.

In the meantime, one cruise line has returned to the Caribbean. Just this week, Caribbean cruising resumed with SeaDream Yacht Club's SeaDream I. TPG's Gene Sloan was on the ship to document the experience. The cruise line set up a system of multiple rounds of testing for passengers leading up to the cruise so that in theory it would be a COVID-free bubble. However, everyone's worst fear became a reality and the ship is having a COVID scare.

Gene never had contact with the seven infected passengers and has tested negative for COVID-19 in the days since the positive cases were confirmed. But, he's still quarantined on the ship at port in Barbados.

Going forward, cruise lines will need to keep pressing forward with these types of testing plans, but also need to have solid back-up plans if (when) things go sideways.

But, I'm still optimistic about the industry's future. Cruisers are among the most loyal customers in the travel world. Cruise companies have continually evolved over the years.

It's clear they will need to offer better onboard medical facilities and testing for all kinds of illnesses. Better ventilation and sanitation systems will be needed to ensure that outbreaks can be contained.

Sprawling buffets are a staple of cruises (and Las Vegas casinos) that won’t disappear. But the free-flow approach to grabbing heaps of food will be rethought. Expect the same bounty of choices but with smaller amounts on display at any given moment. More servers will dish out the food as, let’s face it, none of us trust the existing sneeze guards.

Hotels have been rocked by the collapse in travel that's come as a result of the pandemic. In an effort to boost consumer confidence, all the major hotel chains have implemented stricter cleaning protocols, ramped up contactless options for certain functions like check in and room service ordering and delivery.

Many properties have suspended daily housekeeping services to cut down on the contact between staff and guests but in between stays, rooms are given deeper cleans and several hours to "rest" before another guest checks in.

After the pandemic, we may see some of these changes go away (I know I'd love to see the return of daily housekeeping), but the hotel industry has helped usher in a new travel trend that will likely have some staying power: the work-from-hotel concept.

The main downside to remote work -- as many are finding out -- is being stuck in a home office day in and day out. But, with the flexibility remote work provides, there are opportunities to combine work and pleasure into one "workcation."

Hyatt was the first major chain to jump on this trend, with its Work From Hyatt offering. Then, other major players including Hilton and Marriott followed suit. Even when the pandemic is behind us, more people will have flexible work arrangements, all but ensuring these workcation offerings will stick around for some time.

I've traveled a fair amount this year, despite the pandemic. I've been to Antigua, Croatia, French Polynesia, California and other destinations.

The pandemic has taught me to be more intentional with my travels. I've learned to no longer take the privilege of travel for granted. I want to make each trip count and visit the places that will push my boundaries while nurturing my soul.

Looking to the future, hiking Machu Pichu, exploring the Galapagos, diving in Indonesia and immersing myself in all that Oman has to offer are at the top of my list when it's safe to travel.

These are all naturally beautiful places that are not overcrowded (with the exception of Machu Picchu, which will be the first place I go before the crowds arrive). I know I’ve personally enjoyed the solitude of quarantine and reconnecting with the beauty of Mother Nature.

We are living in unprecedented times, and while it pains me to see the travel industry still in such an uncertain place, it's learned a lot of valuable lessons over the last several months, and I’m confident we will all emerge from this crisis with a better outlook on travel and humanity as a whole.

When people travel, they expand their minds and become better people. Travel is an antidote to so many of the social ills that still persist in the world today. While travel can’t kill the virus, it will be a key part in reconnecting a healing world and reuniting the human race.