Articles
Nick Ellis joined The Points Guy in 2016 as an intern and is now Reviews Editor, primarily responsible for arranging, writing (some of), editing and publishing reviews of hotels and airport lounges along with helping manage, write and edit travel content.
Follow
June 11, 2020
•
7 min read 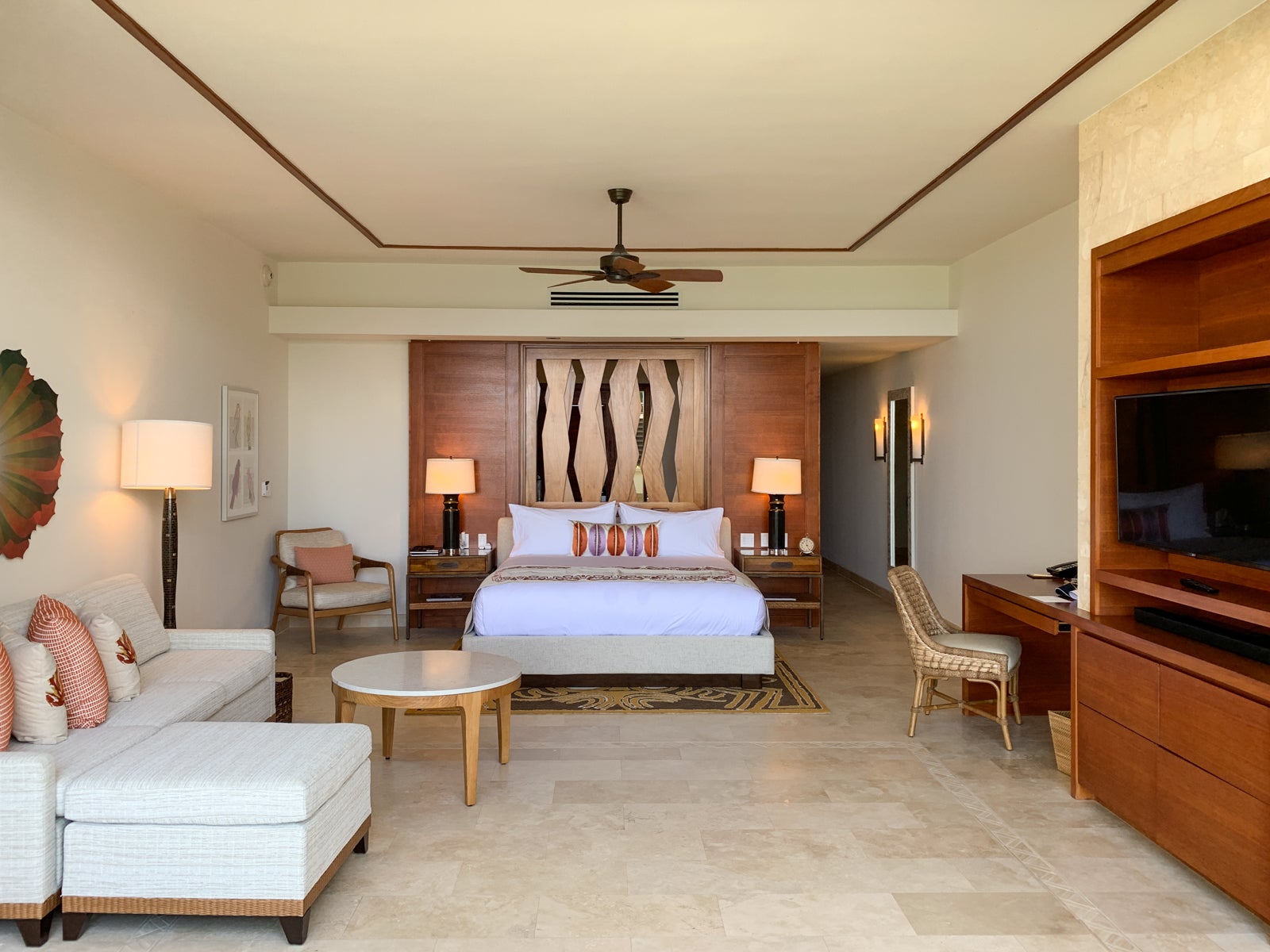 In a world reshaped by the coronavirus pandemic, the greatest luxury of all at a hotel may be the peace of mind that comes with knowing it's clean and safe.

As travelers begin to trickle back into hotels across the country, they're finding an experience that's quite different than it was before the global health crisis, with a heavy emphasis on cleanliness, sanitization and social distancing.

In the past couple of months, we've seen all four major hotel brands announce enhanced cleaning protocols in both public areas and guest rooms that are designed to minimize the risk of spreading the virus.

This shift follows guidance from the American Hotel and Lodging Association, which says that, "In anticipation of individual concerns of guests, housekeeping should not enter a guest room during a stay unless specifically requested, or approved, by the guest, or to comply with established safety protocols. Housekeeping should maintain the practice of cleaning and disinfecting rooms thoroughly following check-out."

Implementing the enhanced cleaning protocols requires a large amount of resources -- time, people and, of course, money -- so the general consensus in the industry is that foregoing daily cleaning of rooms in favor of more time- and labor-intensive cleans between guests is the smarter course of action.

As hotels shift their resources to this new model, it's caught some guests by surprise. In the TPG Lounge, readers are largely supportive of these changes, though they wish hotels would be more communicative of their specific policies to minimize confusion.

Lounge member Shara F. shared her experience during a recent stay at the Embassy Suites at San Antonio Riverwalk. She said they didn't receive any information about procedure changes before checking in. "The next day, we came back and [our] room had not been serviced. They explained when I called that they were servicing only every three days in longer stays. I'm fine with that -- just wanted to know! They brought up towels and coffee."

Major chains say their customers are generally in favor of this change. Best Western hotels cited feedback from its customers showing concern over the spread of the virus, and that keeping housekeepers out of rooms during a stay is preferred. The chain said housekeeping will still be available by request, but this way guests don't have to worry about cleaning crew entering their room day after day.

Marriott, too, has said its guests like the idea of less-frequent but more-intense cleanings. Ray Bennett, chief global officer for Marriott, told CNBC that "more and more of [Marriott's] guests have actually asked that [housekeeping doesn't] come in their room ... And so, [it is] reducing the level of frequency as it relates to housekeeping, based on guest feedback."

Hilton is allowing customers to decide what level of interaction they want with housekeepers, and offering guests three different "packages" of housekeeping: a traditional, daily service; a "light option" that occurs every other day and just provides new towels, new amenities and empties the trash; or no service at all, which would be the option for those who prefer to not have any housekeepers in their rooms during a stay.

It's an issue of available labor, as well. These enhanced cleaning protocols require more time and effort to complete to a high standard, but many hotels are faced with reduced staff as hotels continue to run at low capacity or in some cases are closed altogether. Fewer housekeepers simply cannot complete both daily cleans and those that happen after a guest checks out, especially given that many of these deep cleans don't happen until 24 to 72 hours after a guest departs in order to minimize the risk of spreading the virus.

The focus of these enhanced deep cleans is on high-touch areas throughout the room such as television remotes, thermostats, faucets, door handles and more. Thus, hotels are may remove certain items in guest rooms including decorative elements of the bedding that are not essential to the room and require much more effort to clean between each stay.

Hyatt's senior vice president of global operations, Frank Lavey, said the chain is "considering the removal of other decorative items in the guest room, such as decorative pillows and throws."

And a spokesperson for Marriott said the removal of decorative pillows and throws from guest rooms is included in its practices outlined in its Commitment to Clean program.

TPG spoke with Roxana Heretz-Hayda, who's spent more than 30 years in the hotel industry, with titles including director of housekeeping and manager of property operations at properties in New York City and around the world.

Heretz-Hayda believes hotels will have to rethink the design of guest rooms going forward, saying they may have to "be more sleek and 'modern' with easy-to-clean surfaces."

"It can be done beautifully," she said, "but it may be a challenge for hotels without creative interior designers and architects to provide luxury and comfort rather than sterile guest rooms and public areas. [Slipcovers] instead of upholstery and replacing duvets with washable blankets in coverlets may also be ... the future of hotel guest rooms.

She added that, "Running hotels at less-than-full occupancy so that housekeeping teams can spend more time deep cleaning guest rooms should be a priority."

In the future, it's easy to envision hotels -- especially high-end properties -- focusing less on the accouterments adorning the room and more on creating an aesthetic based in the materials used rather than the "extras" added for flair.

We've known for quite some time that, following the COVID-19 pandemic, future hotel stays will look different -- at least in the short term. If you're someone who looks forward to having your room cleaned daily and discovering chocolates on your pillow at night, be prepared: Depending on the property you choose, there's a very real possibility you won't have your room cleaned for the duration of your stay. And, unfortunately, that means no pillow chocolates or turned-down duvet corners.

Related stories
Chase extends current Pay Yourself Back categories; adds new category to Ink cards
10 essential items for traveling teens
When will Florida cruise ship ports reopen in the wake of Hurricane Ian?
How to earn up to 100,000 bonus miles with these new Delta credit card offers

Our points-obsessed staff uses a plethora of credit cards on a daily basis. If anyone on our team wouldn’t recommend it to a friend or a family member, we wouldn’t recommend it on The Points Guy either. Our opinions are our own, and have not been reviewed, approved, or endorsed by our advertising partners.
See all best card offers
Related stories
Guide
Chase extends current Pay Yourself Back categories; adds new category to Ink cards
Guide
10 essential items for traveling teens
News
When will Florida cruise ship ports reopen in the wake of Hurricane Ian?
News
How to earn up to 100,000 bonus miles with these new Delta credit card offers