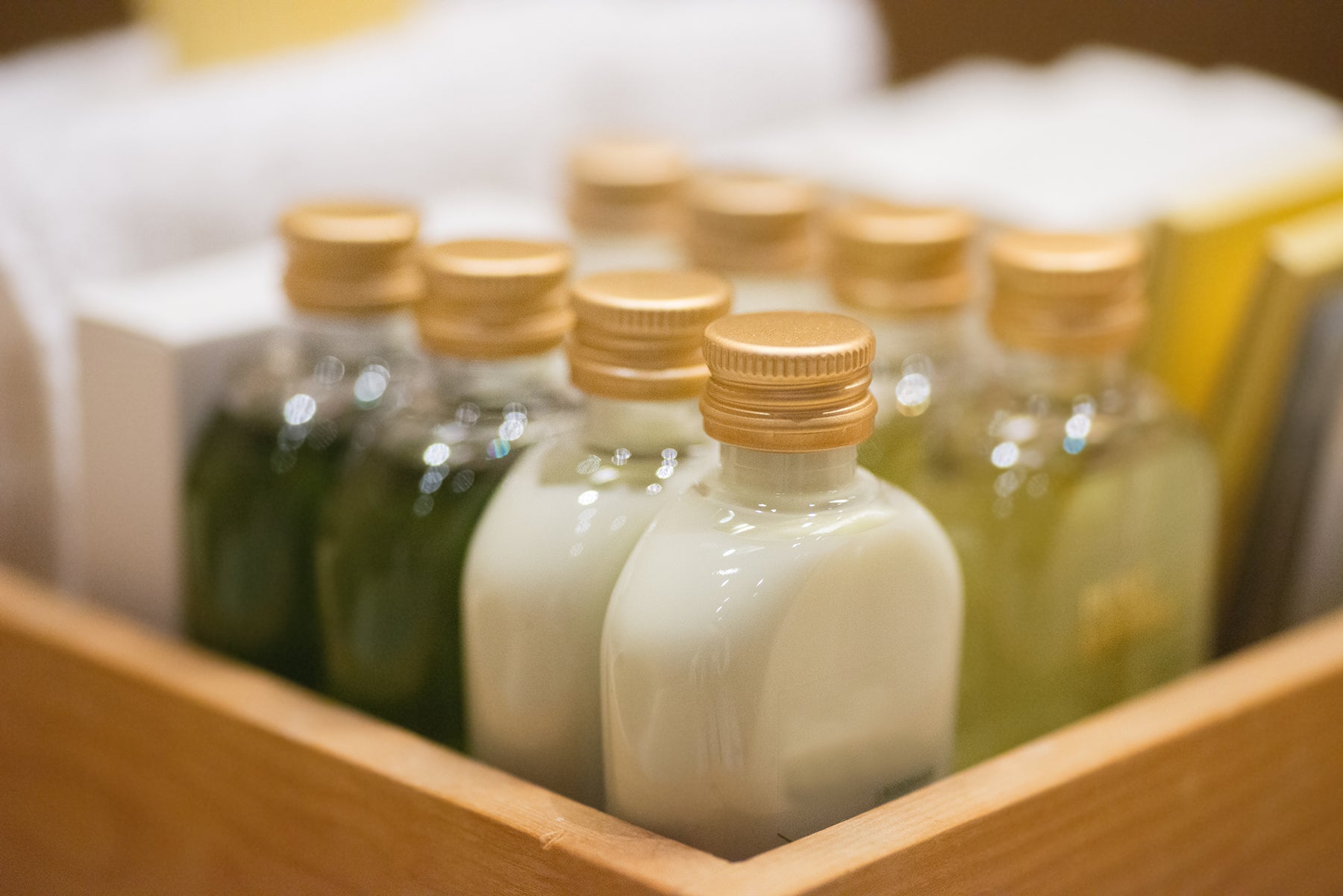 Confession: I used to be a hotel amenity hoarder.

It started innocently enough. Luxury hotels were exciting and new to me, and packing leftover shampoos, moisturizers and other cute miniatures was like collecting a kind of souvenir. I never reached the level of Ross Geller from "Friends" who squirreled away extra toilet paper and light bulbs, but it’s safe to say bathrooms were swept clean of toiletries when I checked out.

Then, during a recent spring cleaning, I found some at the back of a cupboard — and they’d clearly gone bad. The liquids had separated and they smelled all wrong. I realized I’d wasted both the products and the plastic they were packaged in.

It was a guilt-fueled turning point that broke my hoarding habit.

These days, if I open a hotel product, any leftovers stay in my toiletries bag until they can be used at the next hotel so those products remain untouched. But soon, even leftovers may be a thing of the past, as more hotels turn their backs on miniature bottles and fit their bathrooms with bulk dispensers.

In the last couple of months, two of the world’s biggest hotel groups — InterContinental Hotels Group (IHG) and Marriott International — have announced they will be completely phasing out single-use toiletry bottles.

Just last week, Marriott said it would be "eliminating" travel-size bottles of shampoo, conditioner and bath gel from properties worldwide, replacing the single-use containers with refillable, pump-top dispensers. Already, about 1,000 hotels have made the switch, and "most" others are expected to follow suit by December 2020.

Both Marriott and IHG began phasing out the individual bottles in 2018, and IHG was the first global company to make the commitment to transitioning its miniature products to "bulk-size bathroom amenities." Almost a third of its hotels already have the larger dispensers, and by 2021, you won’t be able to find a miniature in any IHG brand across more than 5,600 hotels.

According to Marriott, one of the large pump-topped bottles contains the same amount of product as around 10 to 12 small, single-use ones. Unfortunately, single-use bottles are rarely recycled, which means they go into a landfill where they never truly decompose. But those larger bottles are recyclable, and Marriott says its program will singlehandedly prevent around 500 million single-use bottles from going to a landfill every year. That’s about 1.7 million pounds of plastic. IHG expects to save 200 million bottles a year across its hotels.

Some will see the dispensers as a money-saving move by hotels, and of course, money does play its part. Marriott International’s president and managing director, Europe, Liam Brown, told the Wall Street Journal in 2018 that it would save around $2,000 per hotel every year. With over 7,000 properties in the portfolio, Marriott could save approximately $14 million every year.

And at a brand like IHG, which has more than 5,600 properties across the globe, that number could still exceed $11 million annually. In July, Keith Barr, the chief executive of IHG, told The New York Times it was a move that "makes environmental and commercial sense."

Little bottles look cute, but sometimes they're not as convenient as they seem at first glance.

Tiny caps can be hard to open, especially if you’re already in the shower, and if the lotion is nice and thick it can be difficult to squeeze it through a small opening. I, for one, am not going to miss bashing the bottle against the heel of my hand in an attempt to get moisturizer or conditioner out.

And speaking for those of us with long hair, it’s a wonderful thing to be able to use as much conditioner as we like without having to approach housekeeping in the halls or call the front desk and wait for more to be delivered.

"I have crazy hair so need ... tons of shampoo and conditioner," echoed Rosie M. in the TPG Lounge. "I usually just bring my own because a tiny bottle ain't doing it for me."

Many TPG readers agree that — in addition to reducing waste — those large dispensers have other benefits, too.

"I like that they are fixed in the tub [or] shower and you don't have to worry about tiny bottles rolling all over the place," Jeff S. said in the TPG Lounge. As a bonus, he added, "You can't forget them by the sink and have to walk wet across the bathroom to grab them!"

And whether you're a solo traveler or a family of four in a single room, the dispensers mean there's (probably) enough for everyone. "This way," Karen K. told the lounge, "... everyone in the room has enough of everything. Teenagers always like to test you by using too much."

Camilla W. agreed. "I prefer the dispensers," she said, "because I don't have to worry about running out."

"Dispensers all the way!" Ahsan H. said. "I don't have to worry about having too little or wasting."

While bulk dispensers used to be seen as a cheap option, these days we can find big bottles of L’Occitane, Elemis, Molton Brown and other quality brands waiting in the shower. Some hotels are even working with brands to create their own special dispensers, as the boutique Opus Hotel in Vancouver has with Malin+Goetz.

If you have been taking single-use bottles home and then forgetting about them in a drawer or under the sink, you can now avoid feeling bad when they go bad. You can also avoid accidentally using products that probably should have been thrown away long ago.

Toiletries don’t last forever, and the more natural and preservative-free the products are, the faster they’ll deteriorate.

An Accor spokesperson said hotel amenities generally have a minimum of a one-year shelf life, but just how long they can be kept depends on the product and the brand.

Once they’ve been opened, the clock ticks faster as air and moisture encourage bacteria to grow. So if you do take half-used bottles home, put them to the front of the bathroom queue to be used.

And a ban on single-use amenities could become law

Now the California Assembly has passed a bill to do the same for plastic bottles under 340 ml (11.5 fluid ounces), and if it becomes law, businesses could be hit with fines of up to $2,000 if they are found to be breaking the rules more than once.

The hospitality industry has until Dec. 31, 2020, in Santa Cruz to use up existing small-bottle stock and make the change. If approved as expected by the governor, California’s Bill 1162 would take effect in 2023 for hotels with more than 50 rooms and a year later for other hotels and rental homes.

Not surprisingly, the bill has upset some people who see the potential loss of small shampoos as the latest sign that they’re living in a nanny state.

But if enough hotel chains make the change soon, it won’t matter what the law says. The industry will lead the way.

Personally, I’m going to miss using hotel moisturizers as hand cream on flights home, but when the upside is billions of plastic bottles being saved, I’ll happily buy my own.