Are Hidden Housekeeping Fees the New Normal at Hotels? 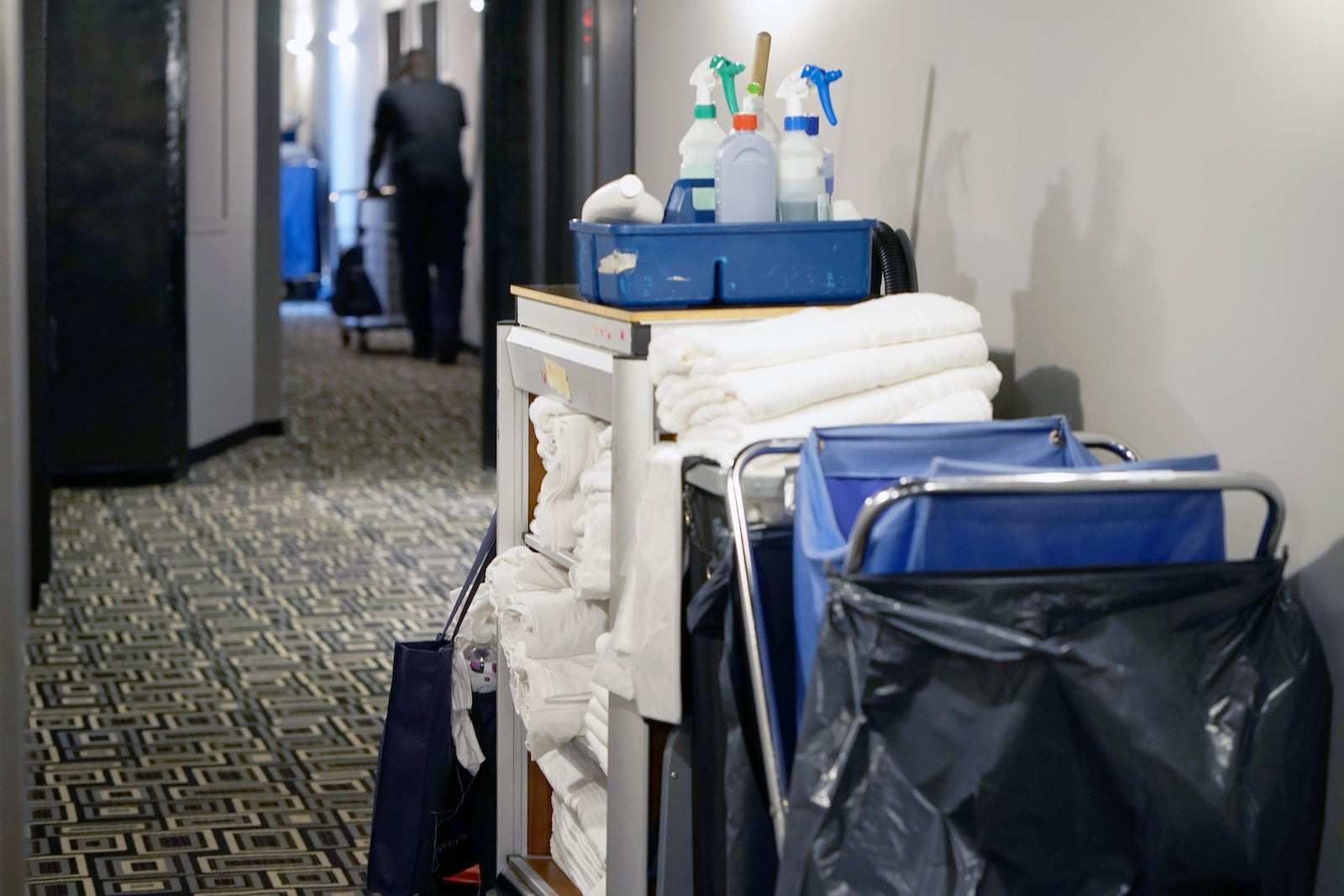 Are Hidden Housekeeping Fees the New Normal at Hotels?
This post contains references to products from one or more of our advertisers. We may receive compensation when you click on links to those products. Terms apply to the offers listed on this page. For an explanation of our Advertising Policy, visit this page.

When you stay at a hotel, tipping the housekeepers is usually considered good form — but have you ever been surprised by a mandatory housekeeping fee that's added to your bill at the end of a stay?

A TPG reader tipped us off (pun intended) about a $5 per day housekeeping charge — service normally included in the room rate — that appeared on their bill following a stay at Staybridge Suites Times Square. We investigated and found out that, if you decline housekeeping, the fee won't appear. That fee's also included if you book directly through the hotel or Booking.com, but book a room through Expedia or some other OTAs and you could find a nasty little surprise on your bill.

According to a representative for IHG, which runs Staybridge Suites, the brand has several initiatives designed to encourage guests to be more sustainable, and this is one of them. Guests staying in an IHG hotel for more than one night can participate in "A Greener Stay," a program that rewards guests for opting out of housekeeping by giving them IHG Rewards Club points, which is meant to reduce energy and water consumption associated with linen cleaning. The $5 per day housekeeping charge, however, is only added on at the Times Square location of Staybridge Suites; it isn't brand-wide.

Hotels trying to be greener isn't exactly new. We've all seen those little cards you can place on your bed if you don't need your linens changed. But how far can — and should — hotels go to push their guests to be more sustainable? And is it really about environmental protection, or are hotels following in the footsteps of airlines and trying to see if they can get away with tacking on fees for services that have always been included?

"The housekeeping surcharge I wouldn't say is becoming common," Bjorn Hanson, hospitality consultant and former dean at New York University's Johnathan M. Tisch Center of Hospitality, told The Points Guy. "It's very difficult to do research on this because individual brands don't publish information on surcharges, but anecdotally I've heard about maybe a dozen hotels having a surcharge and attributing it to sustainability, and the way it's sometimes explained is the hotel goes above and beyond what it needs to do to have sustainable practices. It's not just for standard housekeeping; it's for something special."

TPG contributor Katie Genter recently stayed at The Beach at Atlantis, in the Bahamas, which has a mandatory housekeeping fee of $5 per person, per day. "Atlantis lists the $5 per person per day as 'gratuity' on the booking confirmation and on the check-out invoice, but when we booked over the phone the agent made it clear it was for housekeeping," she said.

Stay at a Disney Vacation Club rental property and housekeeping is normally provided every fourth day. Request additional housekeeping and you'll be charged a whopping $30 to $75, depending on the room category.

Though some hotels may try to fly the flag of sustainability, housekeeping fees are likely just another sneaky way to make more money without raising room rates. Resorts and city hotels are increasingly tacking on pesky resort fees — sometimes called destination or amenities fees — in an attempt to turn a profit without inflating the standard room rate, so it might just be a matter of time before housekeeping fees also become standard. For now, though, they still seem to be quite rare and affordable, compared to the sometimes downright scandalous price tag of a daily resort fee (think: the $95 daily charge guests must pay at Dorado Beach, a Ritz-Carlton Reserve in Puerto Rico, or the staggering $165.50 per night charge at the Fisher Island Club and Resort in Miami Beach).

According to Hanson, hotels will rarely waive any of these fees, regardless of whether or not you use the fitness center, housekeeping services or drink the in-room coffee. If you don't want to be surprised when you get your bill, he says it's important to ask if the hotel has any mandatory fees when you book your room. If you ask and the hotel doesn't disclose a fee, you might be able to get it waived when you check out.

"I think this is just a continuation of a trend that's been going on since the 1990s for there to be new forms of revenue," Hanson said. "The housekeeping sustainability is one of them, but there are all kinds of others. Every year, there are new fees and surcharges introduced."