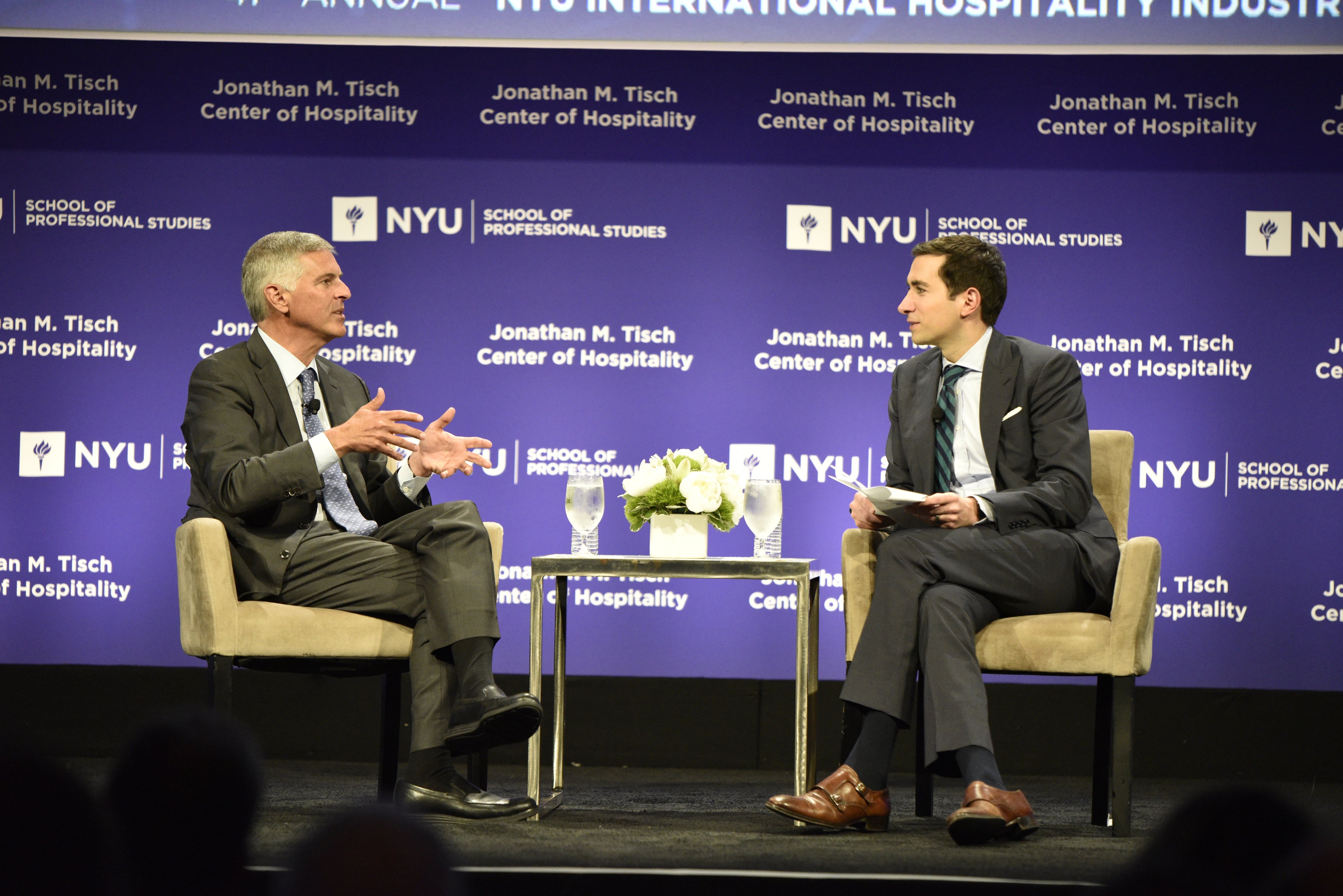 Here’s Why Hilton’s CEO Doesn’t Tip Housekeeping
This post contains references to products from one or more of our advertisers. We may receive compensation when you click on links to those products. Terms apply to the offers listed on this page. For an explanation of our Advertising Policy, visit this page.

Update as of 06/09/19: In a statement to TPG, Nassetta had the following to say regarding his personal policy on tipping housekeeping at hotels in the future:

Nothing is more important to me than Hilton’s culture and team members, especially our housekeepers, who are central to delivering Hilton hospitality around the world. I have always been generous with my time and engagement with team members when on property, and I will remain focused on keeping Hilton the #1 best place to work in the United States.”

Hilton president and CEO Christopher Nassetta just noted he does not tip housekeeping when he checks out of a hotel.

During the 41st Annual NYU International Hospitality Industry Investment Conference, The New York Times columnist and CNBC co-anchor Andrew Ross Sorkin asked Nassetta how much he would be leaving for housekeeping.

“I typically do not leave a tip,” Nassetta said. For a moment, the CEO (who, according to Equilar, made nearly $19.8 million in 2018) seemed to walk back his statement, explaining how he wasn't checking out of his hotel just yet. But he reiterated that no, he typically does not leave gratuities.

Nassetta had just spent half an hour telling a ballroom packed with more than 2,000 hospitality industry professionals how he had worked his way from “about as low as you can go”— specifically, a junior-level engineering position at a Holiday Inn where he used his plumbing skills to deal with “code browns” — and how the key to Hilton’s runaway success has been the company’s focus on people.

And four years ago, Nassetta told Scott Mayerowitz of The Associated Press (now executive news director at The Points Guy) he and his senior executives had been spending one week every year working in hotels — including housekeeping and engineering (read: plumbing) departments.

“Their job is harder than your job,” Nassetta told Mayerowitz. “You get in there, and you pay them the respect.”

According to national etiquette experts and hospitality professionals, housekeeping is the one aspect of every hotel stay where travelers should consider tipping a mandatory gesture of appreciation.

"These are the hardest-working people in the hotel, and the least recognized," Kimpton Hotels' vice president of operations in the Pacific Northwest and Mountain Region, Tom Waithe told TPG last October, echoing Nassetta's own sentiment.

And it's not uncommon for hotels to encourage tipping by leaving an empty envelope (sometimes with the housekeeper's name) prominently on the nightstand. In fact, Marriott partnered with Maria Shriver in 2014 to put envelopes in 160,000 hotel rooms across the US and Canada. Marriott CEO Arne Sorenson has long been a vocal supporter of tipping housekeepers, telling The Associated Press that $1 to $5 is customary, and should vary according to room rate.

But Nassetta says his decision to forgo the standard daily housekeeping tip has more to do with his respect for everyone working behind the scenes at hotels.

"It's Chris’s view that every Hilton Team Member works hard," a Hilton spokesperson told TPG. "Rather than selectively reward some Team Members, he is focused on providing meaningful economic opportunities for all 400,000 Team Members. That's why Hilton is the No. 1 place to work in the US and No. 2 in the world, as voted by our own employees."

So, should you leave a tip the next time you check out of a hotel room? If you're not actively employing hundreds of thousands of hotel staff members, it never hurts to show your appreciation for the people cleaning up after you. Even a simple "thank you" scrawled on the guest room notepad can go a long way toward expressing gratitude. And no, your half-empty bottle of room-temperature wine does not count.