What Every Traveler Should Know About Tipping Around the World 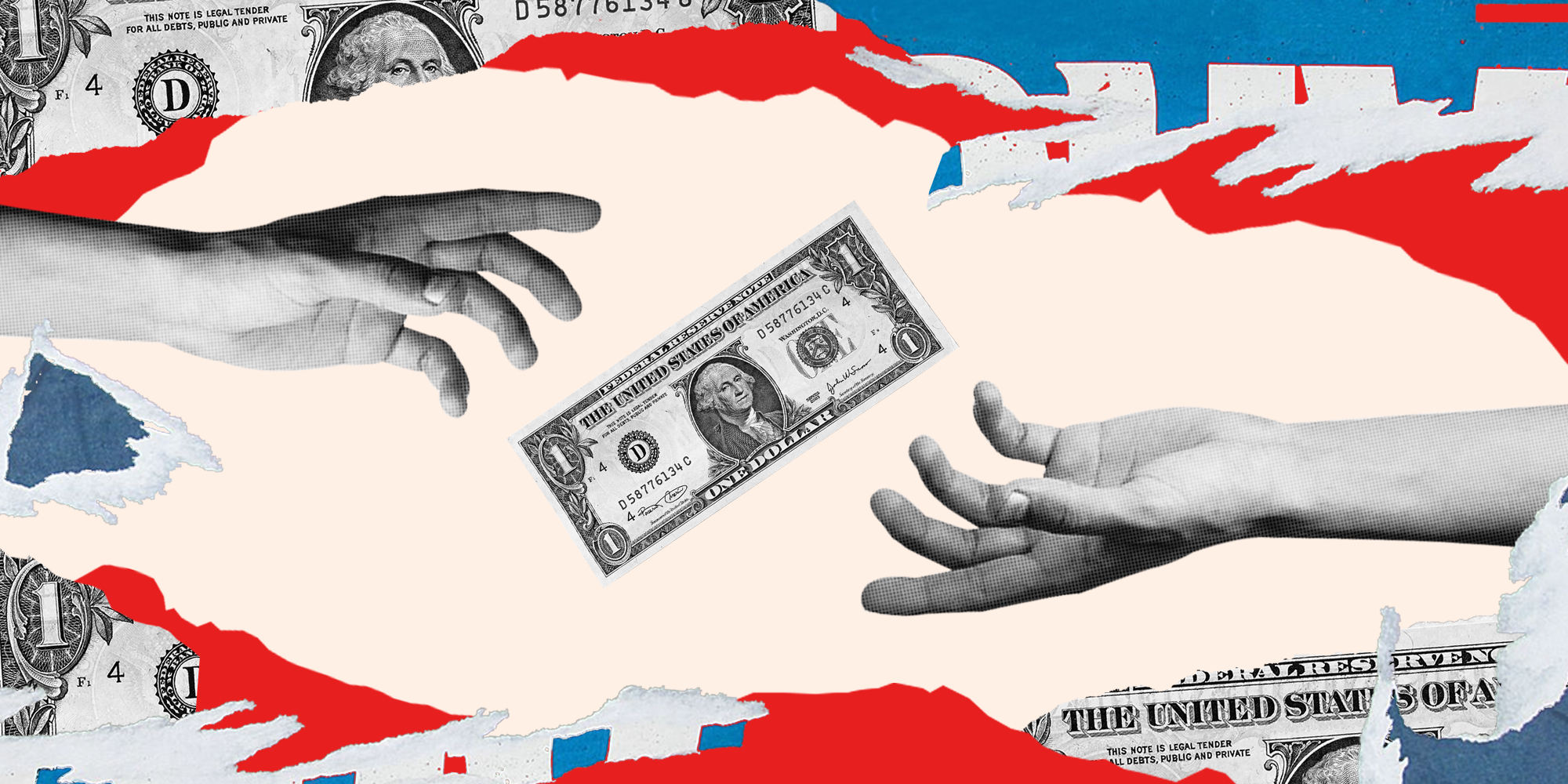 Welcome to Travel Etiquette, a TPG column that explores the delicate do's and don’ts of travel. As part of a series on tipping, we're exploring how to tip in airports and on planes; how to tip hotel staff; tipping in different regions and even how to tip on all-inclusive trips. Have an opinion or suggestion for a future subject? Sound off in the comments below.

In our ongoing series about tipping at hotels, we’ve covered all the details about what to give everyone on staff — from the concierge to the bellhop — plus how to handle gratuity when you’re on an all-inclusive vacation like a safari or a cruise. But what happens when you head overseas?

Depending on where you go, the same rules may apply. But just as often, they don’t.

"Tipping abroad is so much more than converting currencies. Many countries and cultures each adopt their own nuanced take on this, at times, delicate matter," Tom Marchant, the cofounder of luxury travel company Black Tomato told The Points Guy.

To help navigate this wide world of tipping, we’ve broken down the do's and don’ts by region.

According to Cassandra Bookholder, a travel advisor with Camelback Odyssey Travel, Australia is a nontipping country. "It’s important to keep in mind that hotel employees do not depend on tips, nor do guides or most other service [professionals] within the country," she said. "Therefore, a tip is really just to acknowledge outstanding service."

But even then, it’s best not to go overboard. "Aussies can be somewhat awkward when accepting gratuity since it’s not a common transaction," Bookholder said. "They are more likely to accept when it’s presented in an envelope and if you mention that it’s 'for a slab of beer' or some wine."

If you do feel compelled to give something, do it in Australian dollars — but note that the smallest bill is $5. So some may even consider tipping a win-win. You show your appreciation and, at the same time, can leave behind any extra (and heavy) $1 and $2 coins.

Tipping customs change depending on where in Asia you’re traveling.

In Japan, for example, it’s actually frowned upon. "It can even be perceived as offensive," said Marchant. "Japanese custom dictates that politeness and good service come as standard. Best practice here is therefore to avoid tipping."

Or, as Ovation Vacations president Jack Ezon puts it, "If you give a concierge in Japan a tip, he will literally run after you to return your money."

China has a nontipping culture as well, with the exception of luggage porters. In Southeast Asia, hotel staff don’t expect to receive gratuity because a service charge is often included on the bill — but they also won’t turn it away.

But tipping in India is widespread and customary, which means that most service staff you encounter will expect something. "Hotels will often have a tip box where it is considered common practice to leave something in the region of $10 to $20 per night to be shared between staff," Marchant said.

Most people traveling to Africa will likely spend a few nights on safari, where the gratuity rules differ from those for your typical urban hotel. It’s best to give $10 per person, per day, to the camp (to be divided among staff) and $15 to $20 per person, per day, for guides. If you’re staying at a lodge where you pay for activities separately, $5 to $10 per person, per activity will suffice. All of the tipping should be done at the end of your stay and can be in US dollars.

If you’re spending a few nights in a city like Cape Town or Johannesburg, tipping depends on where you’re staying. "If you’re at a larger, high-end hotel, you can tip for bags, room service, etc. — but it’s not necessary for concierge services," said Nicola Shepard, owner of luxury safari planner, The Explorations Company.

"However, at a small, boutique property — say eight rooms or so — we normally tip $10 to $20 per person per night and leave it in an envelope for the communal ‘kitty,’ same as on safari."

US dollars are fine for these larger lump sums, but otherwise, use local currency.

This one’s pretty simple: tipping north of the border is the same as in the US — "but, of course, using Canadian dollars," said Canada travel expert Marc Télio, the owner and president of Entrée Destinations.

The rules for tipping in most of Europe are essentially the same as in the US — including $1 per bag for the bellhop and at least $5 per day for housekeeping. You can see a more detailed breakdown in this in-depth guide to hotel tipping. But there are always exceptions.

Contacts at Denmark's official tourism organization, for example, said tipping really isn't customary in this Scandinavian nation, where hotel staff members make a living wage. Similarly, tipping isn't customary in Iceland, but you won't offend anyone by doing so. Before traveling to Europe, don't hesitate to ask your hotel about their stance on tipping.

Chances are good, if you’re in the Caribbean, you’re staying at a beach resort. If it’s not an all-inclusive property, the rules are what you’re accustomed to in the US and most of Europe.

If everything from food and drink to activities is included in the room rate, however, there’s a chance that gratuity is also, which appears as a daily service charge. (Make sure to ask before booking.) And sometimes, tipping ahead of time can work wonders—you may just get preferential treatment from the poolside bartender or the beach attendant if you slip them a $20 at the start of your trip.

Tipping practices are relatively standard across Central and South America.

"For housekeeping, bellhops and concierges, small tips — as in spare change or nominal sums — are greatly appreciated but not expected," said Jordan Harvey, a Latin America specialist and owner of Knowmad Adventures. "However, since so many international travelers do tip, staff are pretty accustomed to receiving them."

Local currency is always appreciated to save hotel staff from paying converting fees. But there are two exceptions: "Ecuador is on the US dollar, and due to Argentina’s fluctuating economy and the relative stability of the US dollar, people are happy to receive them as tips," Harvey said.

According to Harvey, these rules generally apply to travelers in Central American countries, too.

Tipping is customary in the Middle East, and can go a long way in helping to guarantee the best level of service. In some instances, Malaka Hilton — the CEO of Admiral Travel International and an expert on the Middle East — recommends tipping hotel staff upon arrival. "More likely than not, the guest has been in touch with the concierge via email beforehand, so we suggest immediately going to the desk to reconfirm any plans and tip at that time," she said.

Even if you haven't been in touch, tip them upon arrival anyway; you'll reap the rewards later. For a concierge, $10 to $20 will suffice; housekeeping should receive a minimum of $1 to $2 per person per night daily (versus at the end of your stay), and $1 per bag for the bellhop. And it's best to do all tipping in US dollars.

According to Mexico expert Zachary Rabinor of Journey Mexico, the rules for tipping south of the border change depending on where you are.

"In firmly established tourism destinations like, say, Cancún or Mexico City, tipping mirrors what’s done in the US," he said.

However, when traveling to smaller towns and less touristy destinations, he explained that, "tipping is less expected and more moderate." But, no matter where you are, it should be done in local currency.

Tipping culture differs greatly from destination to destination. If you’re traveling to a place not listed above, make sure to read up on best practices beforehand so you know whether or not tipping is expected, required or something to avoid doing altogether. But if you’re ever unsure of what to do, we recommend erring on the more generous side and leaving a token of your appreciation in the local currency.