We're now up to 9 cruise lines that have resumed limited sailings. Here, the complete list 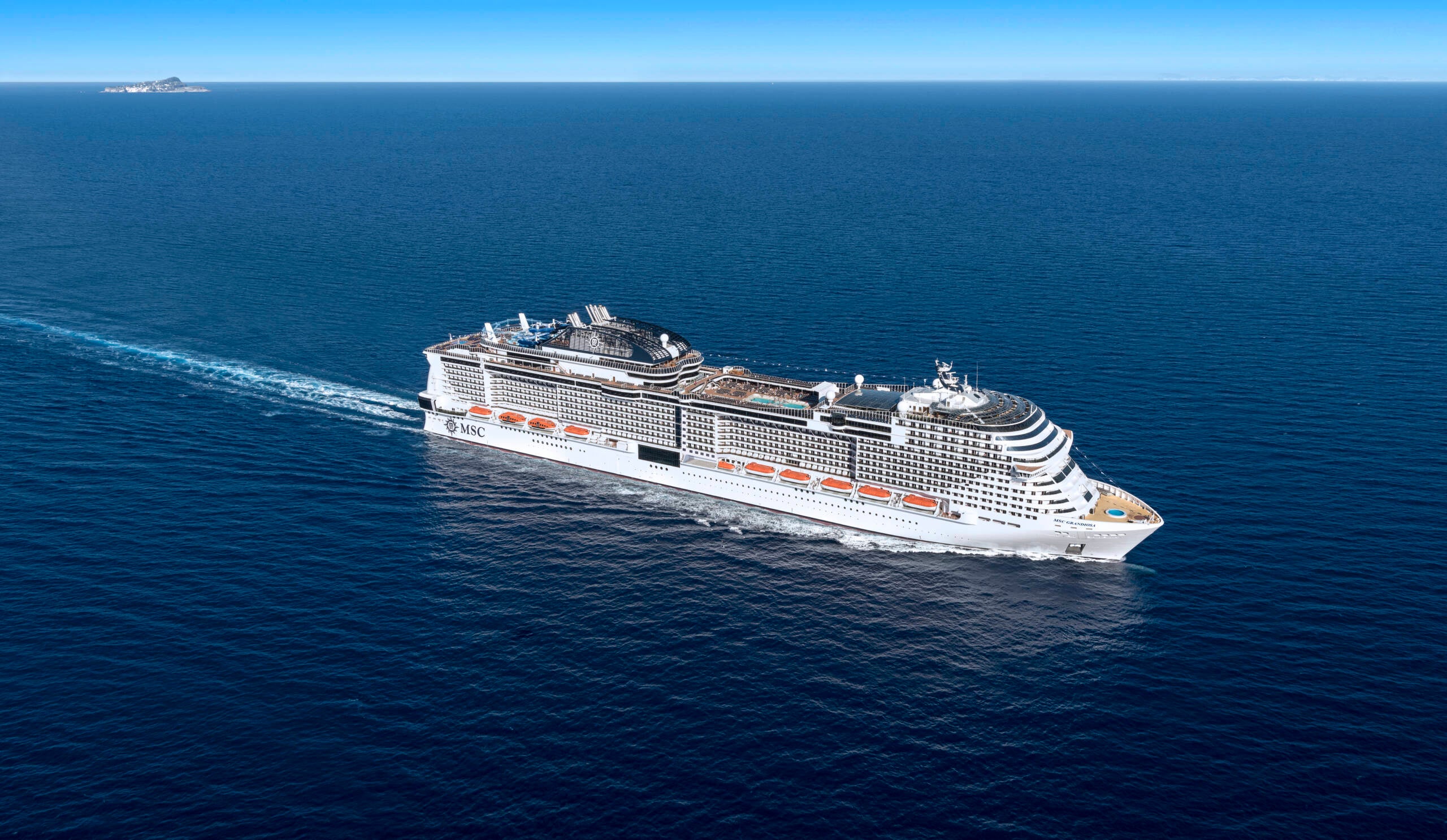 For cruisers based in North America, it may seem like the entire cruise industry still is shut down.

Not a single cruise ship is sailing with passengers on the entire continent, and the lines that North Americans know best -- Royal Caribbean, Carnival Cruise Line and Norwegian Cruise Line, to name a few -- already have canceled nearly every departure through early November.

But the reality is that a growing number of cruise lines around the world have been tiptoeing back into operation in recent months.

The cruising comeback began in June with a single German river ship in Europe, and it has grown steadily over the past three months with dozens of additional river and ocean ships starting up operations in multiple regions.

The destinations where cruises already are taking place include French Polynesia, where one cruise ship has been operating since July. They also include Italy, where a single vessel resumed sailings in August, and a second ship just restarted voyages in early September.

Sailings also have restarted in recent months out of ports in Norway, France, Germany and Taiwan.

The cruise lines that are back

In all, nine cruise lines have restarted sailings on at least one vessel somewhere around the world, and that's if you only count lines that operate relatively large oceangoing ships.

Quite a few cruise companies that offer river cruises on small river ships have resumed sailings, too, mostly in Europe.

There also are some cruises taking place around the world on very small lake- or oceangoing vessels such as the 12-person boats operated in Scotland by the Majestic Line, or the 49-passenger sailing yacht Galileo operated in the Greek Islands by Variety Cruises.

Related: Got a fat wallet? You now can buy your very own Carnival cruise ship

We also aren't counting two cruise lines that restarted cruising over the summer only to quickly shut down the sailings after COVID-19 scares.

Norway-based Hurtigruten resumed a limited number of voyages out of Norway and Germany in June and July but halted them just a few weeks later after a COVID-19 outbreak on one of the line's ships. The outbreak sickened dozens of crew and passengers.

Small-ship adventure cruise specialist UnCruise Adventures restarted cruises in Alaska on Aug. 1 with one ship only to cancel the sailings just three days later after a passenger tested positive for COVID-19.

The nine major cruise lines with oceangoing ships that have restarted sailings:

The Europe-based line resumed seven-night cruises out of Italy on Sept. 6 with a single ship, the 2,260-passenger Costa Deliziosa. The 12-deck-high vessel is sailing from Trieste, Italy, on an all-Italy itinerary featuring stops in Bari and Brindisi in Puglia; Corigliano-Rossano in Calabria; and Siracusa and Catania in Sicily.

Starting on Oct. 10, Costa Deliziosa will transition to seven-night sailings out of Trieste to Greece.

A second, bigger Costa ship — the 3,724-passenger Costa Diadema — will begin sailings from Genoa, Italy, on Sept. 19. As with the initial Costa Deliziosa trips, it initially only will sail to Italian ports including Civitavecchia (the port for Rome), Naples, Palermo, Cagliari and La Spezia.

Starting in November, Costa Diadema will switch to 12-night sailings to the Canary Islands and a 14-day itinerary to Egypt and Greece.

The line also plans to add the 5,224-passenger Costa Smeralda and the 4,200-passenger Costa Firenze to its active lineup on Oct. 10 and Dec. 27, respectively. Both ships will operate Western Mediterranean itineraries.

The initial sailings in September only are available to Italian residents. But starting on Sept. 27, sailings will open to residents of nearly 30 European countries.

Europe-based MSC Cruises on Aug. 16 became the first major cruise line to restart sailings in the Mediterranean since the cruising shutdown began.

Like Costa, MSC Cruises restarted operations with just a single vessel, the 4,842-passenger MSC Grandiosa. It’s sailing out of Genoa on seven-night trips to ports in Italy and Malta.

The cruises only are open to residents of Europe's Schengen countries.

The Germany-based line started short "cruises to nowhere" out of northern German ports in July with two ships, Mein Schiff 1 and Mein Schiff 2. The ships are sailing out of Hamburg and Kiel into the North and Baltic seas.

On Sept. 13, Tui Cruises also added the first sailings by a major cruise line in Greece. The seven-night voyages on the Mein Schiff 6 depart from Heraklion on the Greek island of Crete and feature stops at Corfu and Piraeus (the port for Athens).

Tui Cruises caters to the German-speaking market, and cruisers are arriving for the sailings via chartered flights from Germany.

The small-ship and expedition cruise specialist returned to operations in July with sailings around France, Croatia and Iceland.

While Ponant normally draws an international clientele including Americans, the trips currently only are available to Europeans. Due to the high coronavirus case counts in the United States, many European countries have limited the arrival of American tourists.

The French Polynesia cruise specialist's only ship -- the 332-passenger Paul Gauguin -- resumed sailings out of Papeete, Tahiti, on July 11. The ship mostly sails seven-night voyages out of Papeete to the Society Islands, including Bora Bora and Moorea.

The initial July 11 sailing of the ship only was open to locals, but it has been welcoming international travelers -- including Americans -- since July 29.

The Germany-based luxury cruise operator restarted cruises out of Hamburg, Germany, on July 21 with two ships: The 516-passenger Europa 2 and the 230-passenger Hanseatic Inspiration. The former is a traditional luxury ship while the latter is an upscale, expedition-style vessel.

One more Hapag-Lloyd Cruises vessel, the 408-passenger Europa, joined the other two in sailing out of Hamburg in just the last two weeks.

The cruises the vessels are operating don't include stops at traditional ports, but some include Zodiac landings for exploring. Destinations include the Norwegian fjords and coastal areas around Sweden and Denmark.

Hapag-Lloyd Cruises normally draws some Americans as well as German travelers, but the current trips only are open to German, Austrian and Swiss travelers.

Small-ship specialist SeaDream Yacht Club restarted sailings on June 20 with new Norwegian coast itineraries aimed at local Norwegian travelers. Both of its two ships redeployed to Norway for the trips and operated a short season that is now over.

The line this week said it would transfer one of the vessels to the Caribbean in November for sailings out of Barbados.

The Asia-based line became the first cruise brand to resume trips in Asia on July 26 with short sailings out of Keelung, Taiwan, to the country's outlying islands. The voyages are taking place on the 1,856-passenger Explorer Dream and only are open to Taiwanese travelers.

The line plans to add longer round-Taiwan sailings out of Keelung on the same ship starting on Oct. 22.

The France-based line in August resumed weeklong cruises around Corsica out of Nice, France, on its 129-passenger La Belle des Oceans. The ship is expected to move to the Canary Islands in the coming months for sailings through early March.

CroisiEurope is perhaps best known for its river cruises in Europe, which it also has restarted. The line traditionally has mostly drawn French travelers.