Why airlines and hotels should tread lightly when changing loyalty programs

Articles
Nick Ewen is a director of content at TPG and was one of the site's first contributors in 2012. He’s visited 52 countries (and counting) and has taken his 7-year-old daughter to 24 of them.
Follow
April 30, 2020
•
10 min read 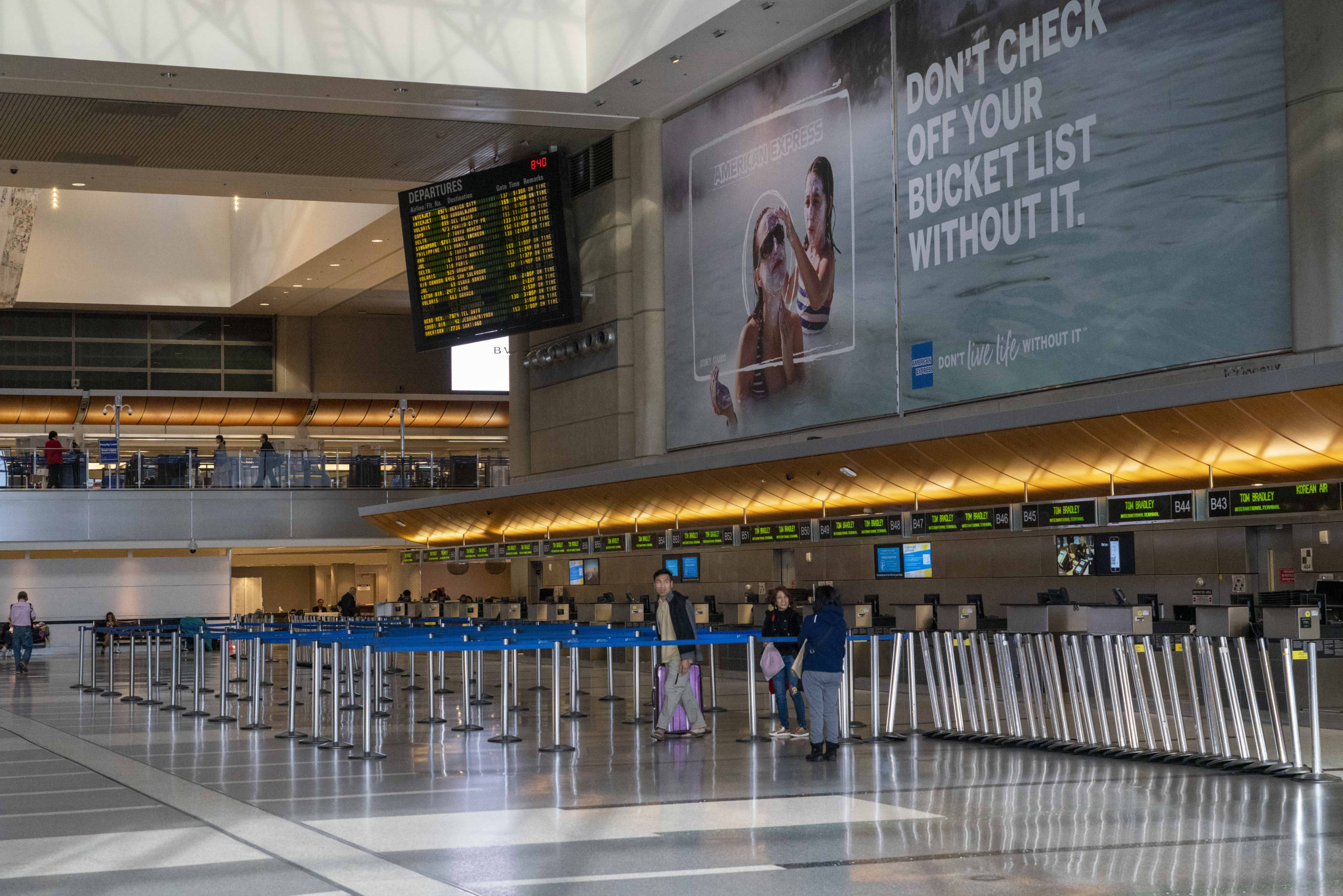 The coronavirus outbreak has had an unprecedented impact on the travel industry. From historically-low occupancy rates to employee cuts to entire suspensions of operations, the effects of COVID-19 will reverberate for some time.

Unfortunately, the last few weeks have seen news from loyalty programs that can easily be described as "unforced errors" — announcements or implementations of negative changes driven by the provider, not external market conditions. These may come back to haunt those companies that made them.

Here's why loyalty programs need to be very careful with changes in the era of coronavirus.

What changes have we seen?

Let's start with the positive. As of now, virtually all major airlines and hotel programs have extended elite status for their members, and in many instances, they're also pausing expiration policies or extending the validity of travel certificates. These updates clearly reflect the uncertainty of when travel will start to return, though they could wind up backfiring in the long run.

When American announced status extensions for AAdvantage elite members, it also updated its policies for changing and canceling award tickets issued on or after June 1, 2020. Despite including these under the bolded header of "Making travel more flexible" in the press release, the announcement also removed some notable flexibility. In particular, travelers will no longer be able to change the date and times of saver-level award flights for free. Instead, a tiered structure will be implemented, with varying charges for any change based on your AAdvantage elite status level and how far in advance you're making the change.

This, however, paled in comparison to another announcement just a couple of weeks later.

Without any warning, American raised checked bag fees for basic economy flights to Europe ticketed on or after April 21, 2020. You'll now need to pay $75 — up from $60 — for transatlantic, basic economy trips. Now, it's true that the carrier is offering a skeleton schedule to the continent right now, and American noted that the change was to bring the carrier's charges in line with Oneworld partners. Nevertheless, this is a clearly negative change for non-status travelers, implemented without a formal announcement during a worldwide pandemic.

If there's an award for volatility in its announcements this month, United is the clear winner. After initially releasing details on how travelers could earn bonus Premier Qualifying Points (PQPs) for credit-card spending this year — including on the United Explorer Card and United Club Infinite Card — the carrier then went in a completely different direction. On April 27, it announced that it was capping PQP earnings on partner flights. This represented a massive shift for those who utilized Star Alliance flights to help qualify for United Premier status.

United was just getting started.

The very next day — on April 28 — United removed its published, partner award chart. While these award ticket prices initially stayed the same, some jumped in price the very next day. In one fell swoop, United showed exactly how a lack of an award chart allows prices to fluctuate at will — as the carrier shifts to a fully-dynamic pricing model for award tickets. Note that this comes roughly six months after it removed award charts for United-operated flights — and subsequently tacked on a close-in surcharge for all tickets.

These changes haven't been limited to airline programs, as the IHG Rewards Club recently started implementing dynamic award pricing of its own. While we knew this had been in the works since early 2019, it took effect for hotels in Greater China as of April 23, 2020 — with no formal announcement or communication to members. While our searches indicate that it's a tiered approach rather than a fully-variable model, it still spells potential doom for those trying to get outsized value from your IHG Rewards Club points.

Why the timing is so bad

Any of the above announcements would represent major news at any time, but they're particularly galling when the travel industry is at a near standstill. The overall message can easily be interpreted as this: "We know you're not able to travel right now, so we're going to make negative changes to make it harder and more expensive to travel when it's safe to do so." That's a major slap in the face to loyal members.

It's understandable that already-planned changes that represent value-added updates to a program — like Royal Air Maroc joining Oneworld and American and Alaska launching reciprocal mileage earning — would continue on schedule, but why use this time to implement negative changes?

Now, it's worth noting that not all announcements from the last couple of months have been negative. World of Hyatt, for one, decided to postpone its category changes and implementation of peak and off-peak pricing until 2021, while Marriott Bonvoy added the ability to earn an additional 15 nights of elite credits by carrying both a personal and business credit card. And despite the negatives noted above, American did make the consumer-friendly move of shifting Morocco to its Europe region for the purposes of award-ticket pricing.

However, the earlier changes represent either potential negatives or outright devaluations, and they come during a time of crisis.

Why programs need to be especially careful

Travel memories are quite strong. Whether it's a dream trip or a nightmare vacation, it's hard to forget about your experiences away from hom. This is especially true for loyal travelers who have given a large chunk of their time — and money — to sticking with a single airline or hotel program.

At some point in the future, travel is going to pick back up again. Business travelers will hit the road again. Families will start booking (and taking) vacations. Canceled or postponed events will be rescheduled or reinstated, and popular tourist destinations (like Disney parks) that are currently shuttered will throw open their doors to guests.

RELATED: 10 ways coronavirus could forever change the future of travel

And when this happens, airlines and hotels will need customers to return in droves.

Why would a traveler want to give his/her business to a provider who implemented negative changes to its loyalty program during a pandemic? If an airline removes award charts and raises award prices when virtually no one is traveling, what's to stop it from making similar — or more significant — changes once travel is returning to normal?

This is a time for travel providers to pause and reevaluate the value proposition of their loyalty programs. The numbers don't lie: These are assets, not liabilities. An airline or a hotel program should be looking at how to add more value for their members, not take it away. How can United (for example) honestly say that capping PQP earnings on partner flights, removing partner award charts and raising award prices — all within a single, 48-hour span — will help the value proposition of MileagePlus?

And it's not just about the substance of the announcement. These programs must consider the way in which changes are communicated.

Take the American announcement regarding award ticket change and cancellation fees. Yes, there are positives to this new policy — like Web Special awards effectively becoming fully-refundable tickets more than 60 days before departure. But the changes will not be a boon for everyone, and positioning them under a header that makes it seem like they are positive is disingenuous.

Short-term or poorly-communicated decisions related to loyalty programs may have long-term impacts for the travel providers that make them.

We live in uncertain times for the travel industry, and even though we don't yet know a timeline for returning to normal, one thing is clear: it's going to take time. And when that time comes, loyalty programs are going to play a key role in turning things around.

That's why it's inconceivable to think that some airlines and hotel programs are using this time to implement partially- (or wholly-) negative changes to their value propositions. This holds true regardless of whether said changes could be considered "fair" or "balanced" during a normal time. That's not where the world is right now, so the optics for these updates are simply terrible.

Moving forward, airlines and hotels need to be very careful about what they do with their loyalty programs. Customers may remember those companies that step forward during this pandemic, but they'll never forget the ones that go in the opposite direction.