All alone in first class, 6 wild things at the TSA and more: Zach Honig's favorite stories of 2019 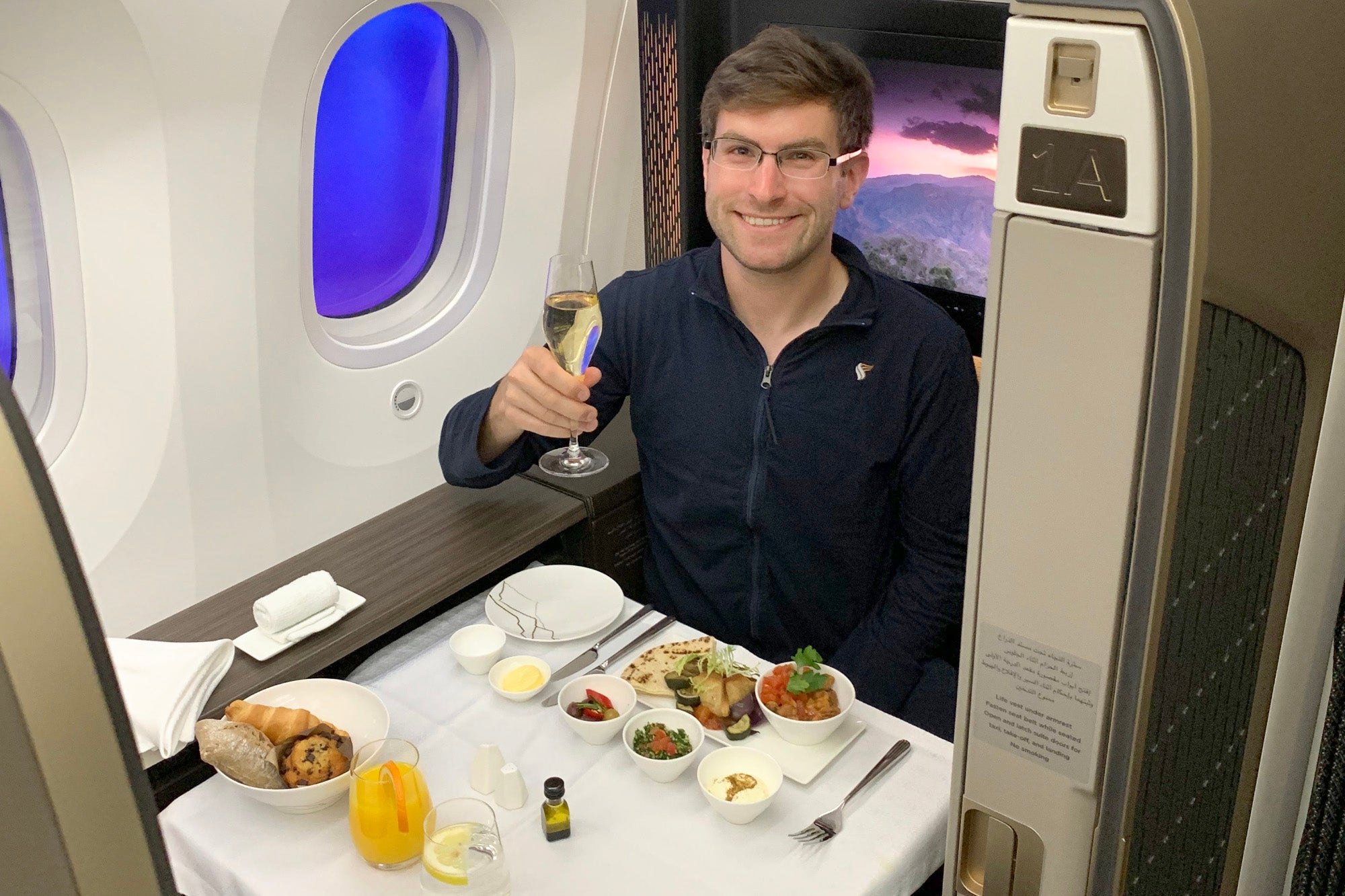 All alone in first class, 6 wild things at the TSA and more: Zach Honig's favorite stories of 2019
This post contains references to products from one or more of our advertisers. We may receive compensation when you click on links to those products. Terms apply to the offers listed on this page. For an explanation of our Advertising Policy, visit this page.

As with many of my TPG colleagues, it's been a very busy, points-and-miles-fueled year. In 2019, I spent more than 125 nights away from home, flying some 223,152 miles around the globe. I got to shoot a video series in Australia, cover the Paris Air Show and visit Japan with some of my closest friends.

I'm constantly inspired by my fantastic colleagues at The Points Guy, but two have me thinking about this year in particular — Benji Stawski and Liz Hund — following 2019 recaps of their own. So, without further ado, I'd like to share my 2019 story highlights, including the work I've most enjoyed producing here at TPG.

A world-class first-class flight without a single other passenger in the cabin? It probably doesn't come as much of a surprise that this one made the very top of the list.

2. Picking up a vintage Delta DC-7 in the 110-degree Arizona desert

This assignment was an absolute dream for any aviation geek, despite the insane desert heat. I may have been sweating up a storm under the 110-degree Arizona sun, but I got to spend two days with an aviation legend — and I'm not just talking about the plane.

3. Newark to Cape Town on United’s most exciting inaugural to date

Inaugural flights are often a ton of fun, and United really does it up right. This time around, the team even printed custom pajamas to mark the occasion — UA's very first nonstop flight from Newark (EWR) to Cape Town (CPT).

4. How to use a smartphone to photograph the northern lights

I managed to see the northern lights once before, from a plane, but traveling to the middle of Alaska to catch them from the ground was an entirely different adventure. Miraculously, I managed to snap some very cool shots without much equipment — just a steady hand and a brand-new phone!

5. 6 wild things we learned (and saw!) at TSA headquarters

I've always been impressed with the TSA's fun Instagram page, and when I reached out about meeting the team, social media manager David Johnston responded right away. Our own social media lead, Caitlin Riddell, joined me for what turned out to be an exceptional D.C. day.

6. How to book crazy-cheap first and biz flights by starting overseas

We don't accept free flights here at TPG, but that doesn't mean we can't get creative when it comes time to book! Here, I share some of my more common tricks, letting me score coveted inaugural seats — on the cheap.

7. How and why I travel the world with only a Tumi backpack

Rolling luggage can get in the way when you're trying to discreetly capture loads of pictures as you board a plane. So, I usually just end up leaving mine at home. It's pretty incredible how much you can squeeze into an ordinary Tumi backpack, especially if you don't mind doing some ironing once you land.

8. We got a first look at the incredible new St. Regis Hong Kong

This one was all about being in the right place at the right time. I had a free day in Hong Kong after reviewing United's new Premium Plus product that just so happened to coincide with the opening of one of the city's most-anticipated new hotels, the St. Regis. I was able to set up a last-minute tour, and I've dreamed about booking an overnight stay ever since.

9. Apple’s camera killer: A review of the iPhone 11 Pro Max

I was a gadget reviewer in my previous life — I produced the world's first oversized smartphone review back in my Engadget days — so I'm always excited to try new gear. I was especially excited about this one, since the iPhone 11 Pro is a total game-changer for travelers, too.

10. Learn how to maximize your points with TPG’s Miles Away podcast

2019 has turned me into a podcast fiend! I had barely listened to any before I launched my own this year, and now I'm addicted, burning through episode after episode during my NYC commutes. Season 1 of my TPG podcast, Miles Away, was such a success that it'll be back — even bigger and better than before — later next year.