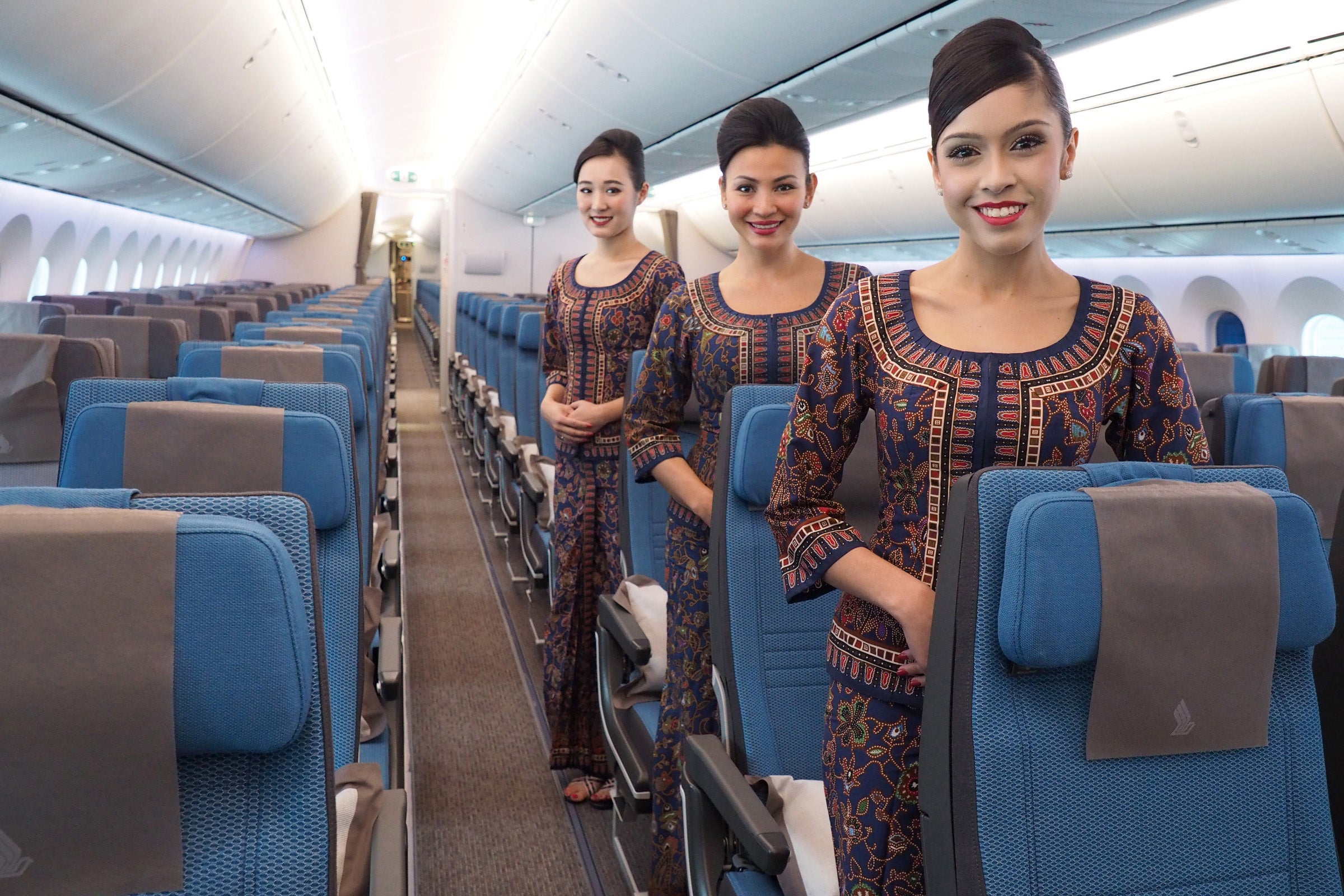 Here's a Look at the Economy Cabin on the World's First 787-10 Dreamliner
This post contains references to products from one or more of our advertisers. We may receive compensation when you click on links to those products. Terms apply to the offers listed on this page. For an explanation of our Advertising Policy, visit this page.

This week, TPG and I had an opportunity to join an incredible delivery flight on the world's first 787-10 Dreamliner, which just joined Singapore Airlines' fleet.

Fortunately, we were seated in the business-class cabin — which you can actually fly fairly easily using miles — for the 24+ hour trip from Charleston, South Carolina to Singapore, including a stop in Japan to re-fuel. But with a nearly empty economy cabin, I had plenty of time to check out the plane's coach seats as well.

While this particular economy seat is new to the airline's medium-haul fleet, it's the same product you'll find on the latest Airbus A380.

Seats are arranged in a 3-3-3 configuration, as they are on nearly all 787 Dreamliners. And, because this is a -10, there are a whopping 301 coach seats onboard, spread between two large cabins.

I found the new seat to be comfortable, though it's hard to say how it'll feel with a neighbor — I didn't just have an empty seat next to me; there were only two other passengers seated in the entire rear cabin.

Each seat has a 11.6-inch on-demand entertainment system, USB power and a universal power outlet, and the onboard Ku-band Panasonic Wi-Fi will help boost your productivity as the hours fly by — assuming the passenger in front doesn't recline their seat to the point where you don't have enough room to use your laptop, of course. There's also a cup holder, device storage compartment and at least 32 inches of pitch at every seat.

The lavatories were fresh and of typical size for coach. There were even toothbrushes and combs available, along with lotion and mouthwash. At first I assumed that was just for our special flight, but the holders appear to be permanent fixtures, so it seems likely that Singapore offers these amenities on regular passenger flights as well.

If you have to fly economy, this certainly isn't a bad way to do it. I was bummed to see that there aren't any dedicated air vents, so you're at the mercy of the crew when it comes to climate control. You do, however, get all the other benefits of flying a Dreamliner, including a far quieter cabin, higher humidity and lower-altitude pressurization, which should minimize headaches and jet lag.

Singapore's latest plane launches regular service to Osaka (KIX) in May, following staff familiarization flights to Bangkok (BKK) and Kuala Lumpur (KUL). With a total of 49 787-10s on the way, this particular model will replace Singapore's aging Boeing 777-200 and Airbus A330 fleets. It's expected to be used exclusively on the airline's short- and medium-haul routes, with service to a variety of destinations within Asia and Australia.