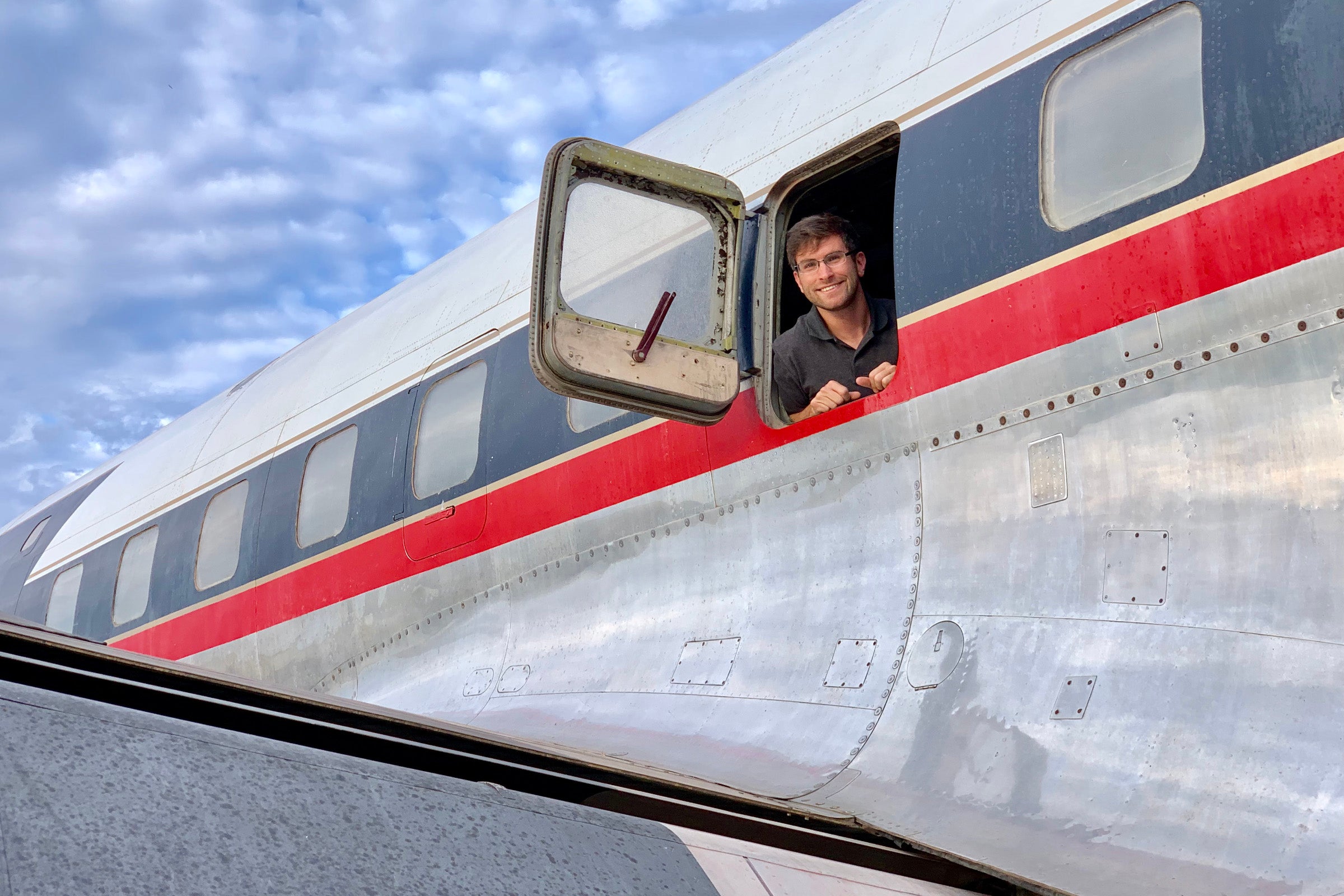 Picking up a vintage Delta DC-7 in the 110-degree Arizona desert
This post contains references to products from one or more of our advertisers. We may receive compensation when you click on links to those products. Terms apply to the offers listed on this page. For an explanation of our Advertising Policy, visit this page.

"What do you know about vintage planes?," TPG's Scott Mayerowitz asked me. I figured a pop quiz was on the way. "Well, I crossed the Atlantic on a Wamos Air 747 and learned to fly in a tiny single-engine Cessna from the 70s. Does that count?," I wondered. As it turns out, only the latter helped prepare me for what I was about to find sitting in the scorching Arizona desert — and even then, only a bit.

On what turned out to be the ultimate AvGeek adventure, I flew into Phoenix (PHX), had a fantastic time at the Four Seasons Scottsdale then made my way nearly two hours south, to a tiny Arizona town called Coolidge. The local airfield is so small that it doesn't have an IATA code — it's simply known by its FAA location identifier, P08.

There, I met N4887C, a former Delta Air Lines DC-7 that had been delivered in 1957 and flew for about a decade before being replaced by jet aircraft. The Douglas Aircraft Company's piston engine-powered plane was, unfortunately, a bit behind its time, but it remains a curiosity among nostalgic flyers and aviation geeks, making it an ideal fit for the Delta Flight Museum, just steps from the company's headquarters in Atlanta.

Following its early retirement from Delta, this particular aircraft still had a long career ahead, though. It operated charter flights for various travel clubs before it eventually made its way to Woody Grantham, who outfitted the belly with a huge tank and used the aircraft to operate firefighting flights on behalf of the U.S. Forest Service.

Woody's plane is a DC-7B, the second variant, which was designed for longer-range flights. This particular version could even cross the Atlantic, but often with a refueling stop in Gander, Canada (YQX), when facing heavy headwinds on the return.

Woody's long career was focused on fighting forest fires and cargo operations. He's logged thousands of hours in the DC-7 and other vintage aircraft, including Lockheed's famed C-130 Hercules.

With no passengers to carry, the DC-7's cabin was promptly removed, leaving plenty of room for cargo — or an empty fuselage, for firefighting missions.

There is one original component still mostly intact, though. That's the first-class lounge, located behind the second first-class section in the aircraft's tail. It was primarily left in place for weight and balance purposes, but also served as a fun hangout during longer flights.

Unfortunately Woody isn't current in the DC-7, so he wasn't able to fly it over to Atlanta. The plane was in good hands with a hired crew, though.

While the aircraft could technically make the roughly 1,600-mile trek without a stop, the pilots planned a refueling and aircraft check stop along the way in Texas, intending to continue the journey to Atlanta later the same day. Engine trouble got in the way, and N4887C was forced to divert to Mesa, Arizona (AZA), though it's since arrived at ATL.

After fueling, a few more checks and a handful of farewell photos, the final component was lifted up to the cabin for the journey to Atlanta — a much-needed towbar, allowing Delta's ground staff to tug the plane upon its arrival at ATL.

The Delta Flight Museum contracted a very capable crew to prepare the aircraft in Coolidge and bring it across the country to ATL, with the flight operated by pilots who regularly fly the type today.

N4887C isn't the only DC-7 that'll be based at a major international airport. N836D, which once flew for Eastern Airlines, is currently grounded at Charlotte Douglas International Airport (CLT) after experiencing engine trouble on its way to Florida several years ago. That aircraft had been parked near the Carolinas Aviation Museum, which is closed to the public as the facility undergoes restoration, with a planned reopening in 2022.

Soon, Delta will work to restore its latest museum piece at ATL, before adding it to the lineup for employees and aviation geeks from all around the world to enjoy.