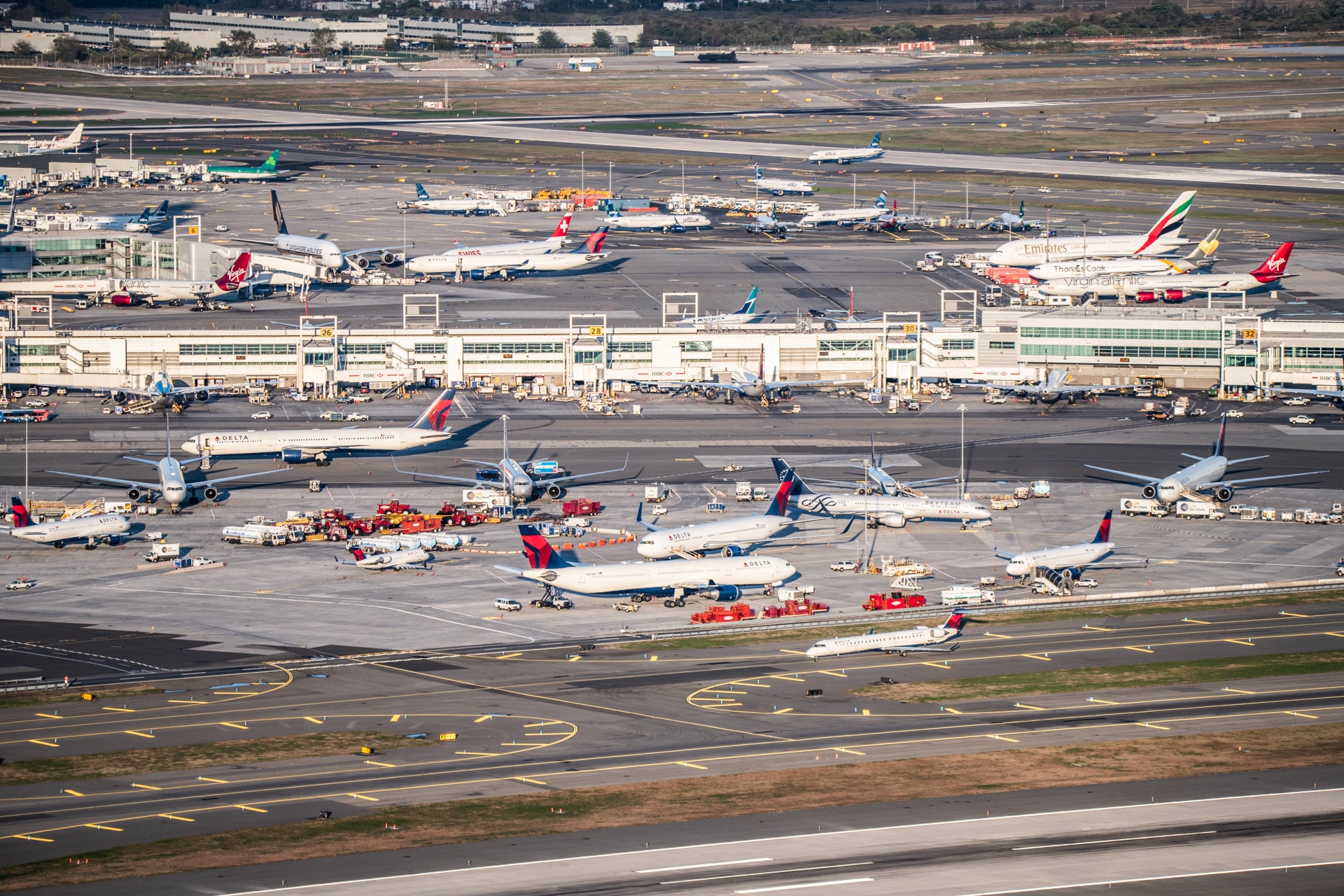 Secondary airline hubs may lose out in coronavirus air travel recovery, says IATA
This post contains references to products from one or more of our advertisers. We may receive compensation when you click on links to those products. Terms apply to the offers listed on this page. For an explanation of our Advertising Policy, visit this page.

The picture is stark for airlines and the airports they serve.

The coronavirus pandemic has ravaged the industry. Global air travel is now forecast to return to only about half of 2019 levels sometime next year, according to the latest forecast from the trade group the International Air Transport Association (IATA). Airlines are expected to lose a staggering $118 billion this year and another $38 billion in 2021.

A full recovery is not expected until 2024 at the earliest. And this stands even with the recent positive developments on COVID-19 vaccines.

While the aviation world agrees that a vaccine is a critical step to getting many travelers back in the sky, the recovery will still be slow. Airlines will continue to focus on preserving cash to get through the crisis and then pay down the debt they racked up in the process.

That bottom-line focused mindset could have big implications for where airlines fly.

“Airlines will need to consolidate passenger flows through a hub to make sure those flights are cash positive," said IATA chief economist Brian Pearce during a media briefing ahead of the organization's annual general meeting on Tuesday. Major hubs — like those in Atlanta, London and Singapore — stand to benefit first as routes come back.

The rationale for big hubs is simple math. If an airline has 50 people flying from Brussels to New York and its smallest long-haul aircraft seats 200 people, it makes more sense to route those Brussels flyers over a hub where it can then fill the New York bound plane with another 150 people from other cities before crossing the Atlantic Ocean. The carrier stands to make more money on that hub flight while at the same time continuing to provide connectivity between Brussels and New York.

This shift is already on display in the U.S. American Airlines, Delta Air Lines and United Airlines have resumed many flights at their core hubs. However, flights at smaller bases more dependent on local travelers — or business flyers — have come back slower except to a hub.

American, for example, has routed many travelers through its two largest hubs in Charlotte and Dallas/Fort Worth. Both bases have maintained fairly robust schedules, with the latter even briefly claiming the title of the world's busiest airport in the early days of the pandemic. Conversely, the carrier's Washington Reagan National hub that relies on a high number of business and government travelers has come back much slower.

In December, American's schedule in Charlotte will be nearly 69% of what it was a year ago and Dallas/Fort Worth 66%, according to Cirium data. Its schedule at Washington National will be just 31% of 2019.

Even Southwest Airlines, long the leading purveyor of point-to-point, nonstop routes, has focused its schedule on nine busy bases — "hubs," in any other airline's vernacular — to maintain traveler connectivity across its map.

Related: Does Southwest Airlines have hubs? Yes, but don’t call them that.

While Pearce did not name names, Atmosphere Research president Henry Harteveldt told TPG that a "secondary hub" — or base — depends on characteristics unique to both the airline and city. For example, Abu Dhabi is a secondary hub in the Persian Gulf after Doha and Dubai. But Emirate is also the only hub for Etihad Airways, leaving its fate as a flyer transfer point inextricably tied to that of the hometown airline.

Europe has many secondary hubs similar in status to Abu Dhabi. These include cities like Barcelona, Brussels, Geneva, Manchester and Milan that may be popular destinations in non-COVID times but are not strong connecting points for airlines.

The hub renaissance has also dealt a blow to another popular addition to airline maps in the past decade: ultra long-haul routes. These flights, often 14 hours or more, multiplied during the 2010s, connecting far-off places like Auckland and Doha and London and Perth. Many replaced connecting options in airline schedules. For example, United dropped its long-standing Tokyo-Singapore flight in favor of a San Francisco-Singapore nonstop.

Exiting these point-to-point and ultra long-haul routes is not without a competitive risk.

“Walking away from a secondary gateway, or a secondary hub, is not a risk-free proposition for an airline," said Harteveldt. The moves may save valuable money today but could also create an opening for a competitor that a carrier may be unable to counter when travel rebounds.

For example, EasyJet took advantage of the collapse of Swissair in the early 2000s to expand rapidly in Geneva and become the city's largest airline. Swissair's successor Swiss retains a large presence in the lakeside city but remains significantly smaller than its budget competitor.

In the U.S., Allegiant Air, JetBlue Airways, Southwest Airlines, Spirit Airlines and even United have used the crisis to muscle into airports they were previously blocked from. Allegiant and Spirit are heading to Orange County; JetBlue to Los Angeles and Newark; Southwest to Chicago O'Hare, Houston Bush Intercontinental and Miami; and United to New York JFK.

Whether the changes lead to a long-term shift in U.S. route maps remains to be seen.

Even with airlines taking advantage of other's troubles during the crisis, air travel remains far below where it was last year. Globally, passenger traffic was down 73% year-over-year in September, according to the latest IATA data. Airlines flew 63% less during the month than they did in 2019.

For the foreseeable future, big hubs will continue to experience something of a renaissance. Flyers will see more transfers over places like Charlotte and Denver in the U.S. and Frankfurt and Seoul internationally as they gradually return to the skies.

No one knows yet how long this trend will stand. IATA's Pearce estimated between 18- and 24-months though much depends on the pace of recovery once the vaccine is widely available.

“Resilience is in our DNA," said IATA director general Alexandre de Juniac at the meeting. "We will reconnect the world."