Everything You Need to Know About Amex Centurion Lounge Family Rooms

Articles
Summer Hull , aka Mommy Points, ran the Mommy Points site for families who want to travel more for less using miles and points for seven years. She now heads up a variety of special projects at TPG when she isn't exploring the world with her own two girls.
Follow
June 27, 2019
•
8 min read 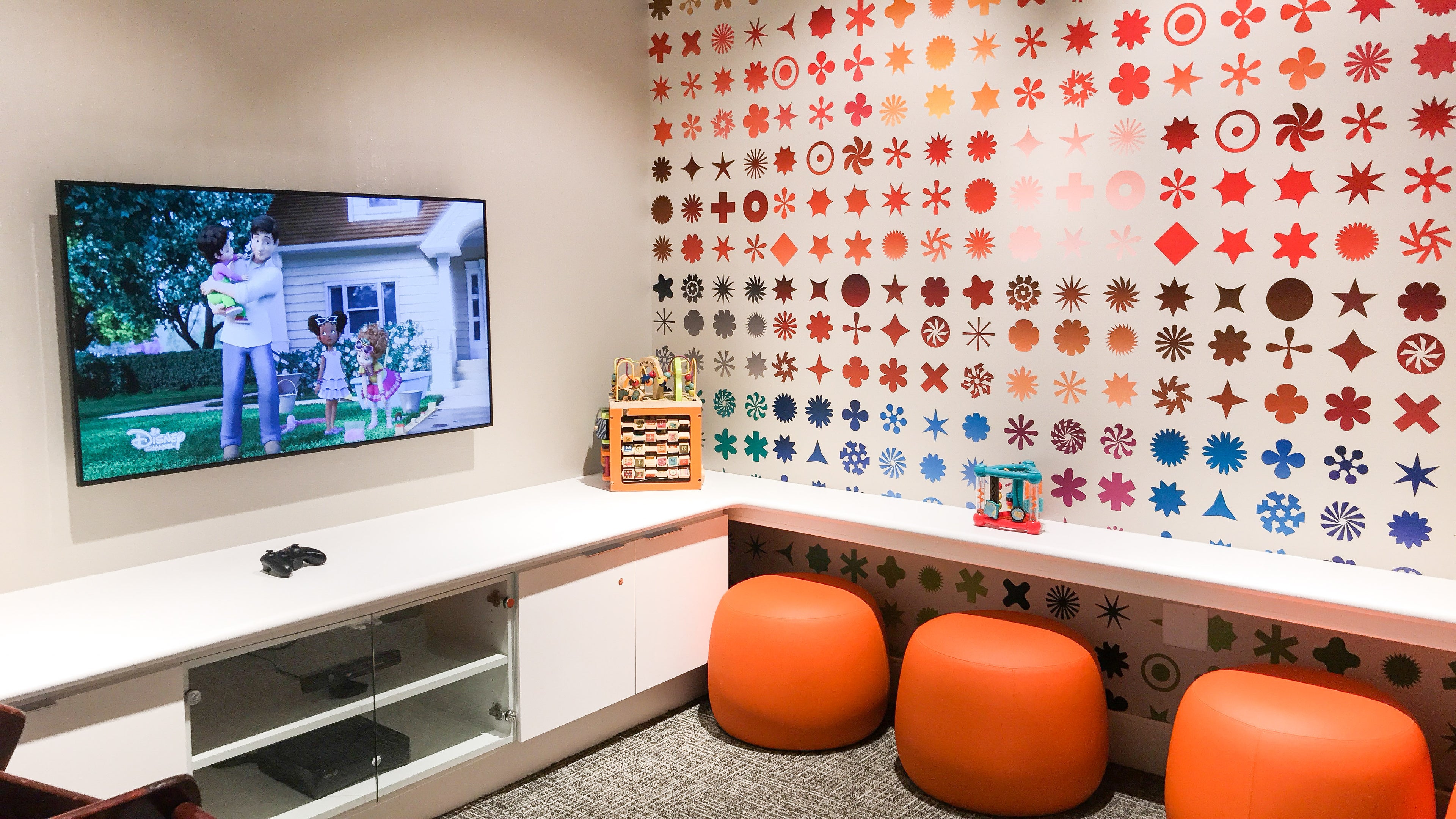 There's lots of rules for both kids to follow at airports: Wait in line, send your favorite stuffy through screening all alone, say your name to a stranger at security, sit quietly for hours in a small seat on the flight, carry your bags a long distance — and the list goes on and on. Sometimes during all of that, as the parent, you just want a room where you can shut the door and let the kids simply play and be kids for a few minutes before continuing on the next step of the journey.

Enter the family rooms in airport lounges. Specifically, family rooms in the American Express Centurion Lounge network, which can serve as the perfect respite from your family's travel day.

An American Express Centurion Lounges can be accessed by those with the Platinum Card® from American Express or Business Platinum Card® from American Express. Those with the high-end, invite-only namesake Amex Centurion Card can access the lounge with their entire immediate family or two guests. Platinum cardholders can bring in two complimentary guests to a Centurion Lounge plus children under the age of 2 at no additional charge. Note that Platinum cardholders can only access the lounges within three hours of scheduled departure with a same-day, confirmed boarding pass — access upon arrival at your destination is no longer allowed.

Family rooms can be found at these locations in the Amex Centurion Lounge:

These locations do not have dedicated family rooms in the Amex Centurion Lounge:

There are also many Amex Centurion lounges under construction. Amex confirmed to TPG that the following lounges now under construction will have multipurpose rooms that are "focused on families but could be used by any guest ... with the look and feel ... similar to true family rooms, but with additional seating." Amex also confirmed that there will be toys, a TV, and activities such as books or games in these rooms located within the lounges at:

Unfortunately, the Centurion lounges at London Heathrow (LHR) and Phoenix Sky Harbor (PHX) are not slated for family or multipurpose rooms, though there will be a wellness room at the LHR lounge available to nursing mothers.

The Amex Centurion Lounge family rooms are typically small rooms within the larger lounge with a frosted-glass wall on one side. Blessedly, there's a door, so toddlers can't easily escape. The rooms are best for those with relatively young kids, as there are often toddler-appropriate toys on the shelves.

The slightly older kiddos may appreciate the TV and video game consoles that are often available in family rooms. A great feature is that the rooms have some pretty solid soundproofing -- we even did a test with a screaming adult in the room at a lounge preview once, and those outside could barely hear anything.

One understandable bummer about the family rooms is that food and drinks are not allowed, so while there is a nearby included buffet and bar in the lounge, those items aren't supposed to come into the family room with you likely due to the mess that could ensue if children and families ate in the carpeted room all day.

Just because you have kids doesn't mean you have to spend the whole time in the family room. Most of the Amex Centurion lounges feature drinks, hot buffets and desserts. At the very least, be sure to fill everyone's belly before you leave. I've found that not all of the food in the Centurion Lounge is a guaranteed kid pleaser, but there is usually enough on display to make it work for all but the pickiest eaters.

While not as glamorous as the martinis served at the bar, the Centurion Lounge bathrooms are also often a notch above what you will find in the rest of the airport. Take those potty breaks and change those diapers while in the lounge.

Within at least some Centurion Lounge locations, such as DFW, as shown below, you'll even find a diaper disposal available under the changing area.

Those with older kids who are happy to read a book or play on quietly their tablets may be happy in corners of the lounge away from the family rooms, such as in loungers.

Some of these tucked-away corners of the lounge might also be comfortable places for nursing moms and babies.

The growing Amex Centurion Lounge network isn't just for business travelers -- it's actually great for families. While not every single Amex Centurion Lounge has a family room, many of them do. We don't yet know for sure what the mixed-use rooms in the forthcoming lounges will look like in real life, but it's good to know that American Express is continuing to keep families in mind when constructing new lounges.

While the family rooms in the Amex Centurion lounges aren't the only reason my family continues to hold a Platinum Card® from American Express, they're definitely a jewel in the crown.

For rates and fees of the Amex Platinum, click here.

Related stories
What are points and miles worth? TPG’s December 2022 monthly valuations
Capital One Venture X to lose Priority Pass restaurants and spa services as of Jan. 1, 2023
December 2022
Current Hyatt promotions: Bonus points on stays and dining plus double stay credits
Featured image by Amex Centurion Lounge Family Room (Photo by Katherine Fan / The Points Guy)
Editorial disclaimer: Opinions expressed here are the author’s alone, not those of any bank, credit card issuer, airline or hotel chain, and have not been reviewed, approved or otherwise endorsed by any of these entities.

150,000 points
The Points Guy Exclusive Offer: Earn 150,000 Membership Rewards® points after you spend $15,000 on eligible purchases with the Business Platinum Card® within the first 3 months of Card Membership.