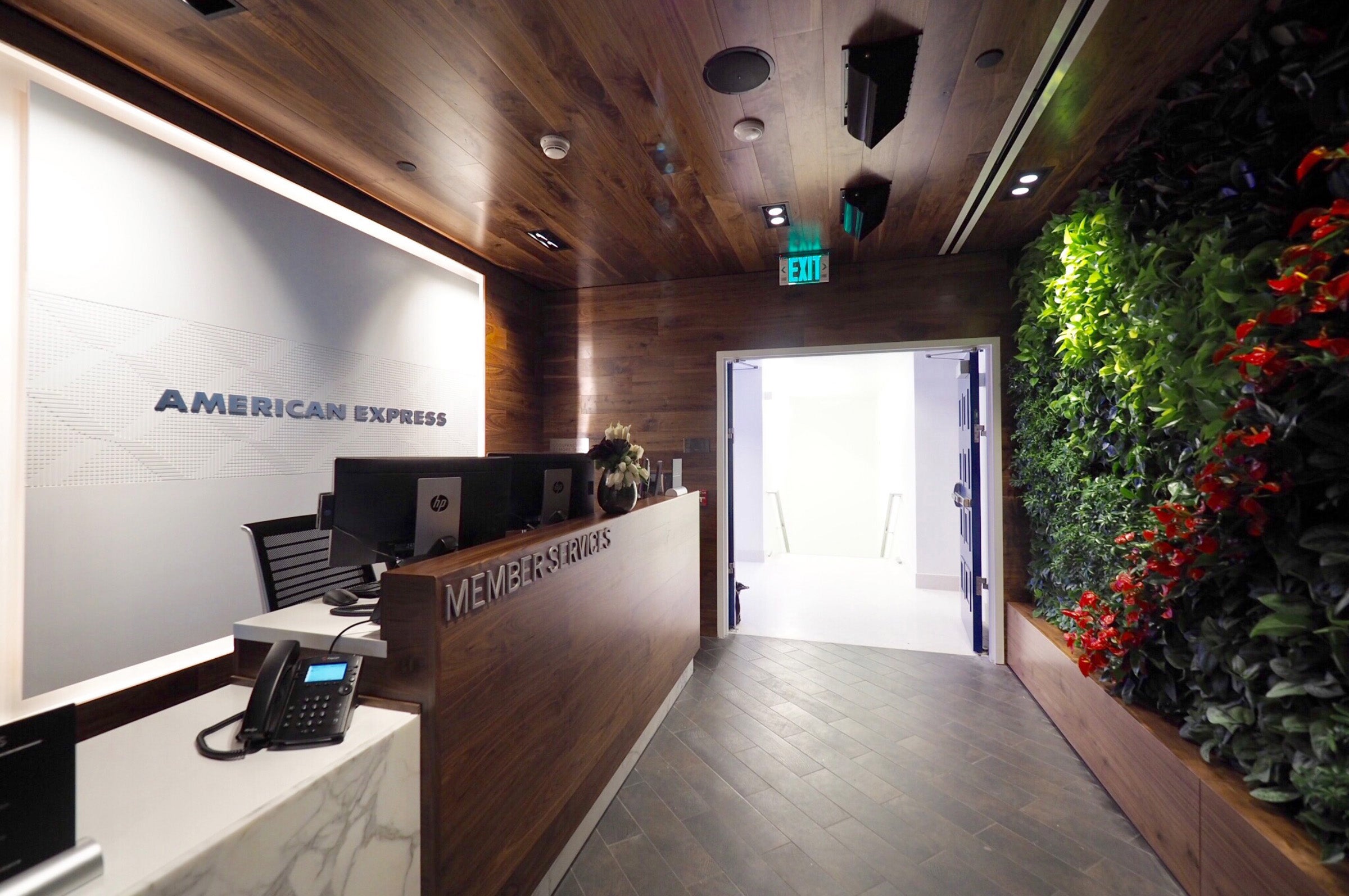 It's been a busy month for American Express' lounge team — the card issuer just opened its first international Centurion Lounge, at Hong Kong International Airport, and now it's gearing up to welcome guests to its eighth US location, at Philadelphia's PHL.

Once the Philadelphia location opens its doors by the end of October, Amex's full roster will include:

TPG and I had a chance to preview the new PHL lounge last night, including a tour on Facebook Live:

Once the lounge opens its doors, it'll be open daily from 5:00am until 9:00pm. We'll be back with a full review shortly after the lounge opens later this month, but you can get a feel for the space and perks in our preview below.

Amex's latest lounge is located on the second level at PHL's Terminal A-West, near gate A14. It's at the far end of the airport, where most international flights depart from, but you can walk over from the other terminals without leaving security.

The decor matches that of other locations, though the size and arrangement varies a bit, of course.

The 6,300-square-foot lounge's main room includes a variety of tables and chairs, with a mix of half-booths, high-top tables and bar seating. Floor-to-ceiling windows allow for great natural light during the day.

There are men's and women's restrooms, and a separate shower room, which guests can use to freshen up before or after their international flights.

Amex works to identify and partner with top local chefs at its Centurion Lounges, and PHL is no exception. The menu at this location is curated by Philly's own Michael Solomonov — when I explained the concept to my father, a Philly native, Solomonov was his first guess, so it's clear that this guy's a pretty big deal.

While out-of-towners might be more likely to associate Philly with cheesesteaks and soft pretzels, Solomonov's cuisine is a bit more sophisticated.

We had a chance to try a small selection of the menu items, including the Israel salad with feta, humus and kale tabbouleh pictured below.

The hummus was definitely a crowd-pleaser — delicious!

The hot items were presented as hors d'oeuvres at the preview event, and will include challah French toast with blackberries, Bulgarian kebabs and more.

I especially enjoyed the challah French toast, which was light but decadent.

The PHL location offers a full bar, and everything's included. Bartenders can whip you up a variety of cocktails, including a selection of locally inspired options.

The preview event's cocktail menu included items like the Philadelphia Flyer, named for the city's NHL team, and the Schuylkill Express (pronounced skoo-kill), in honor of a local section of Interstate 76.

Amex's Philadelphia Centurion Lounge has been a long time coming. We first heard about this new planned location back in January, but it was already in the works for some time before that. It definitely lives up to the brand's standards, but at 6,300 square feet, I could see it filling up quickly during peak hours.

As for what's next, Amex reps didn't have anything to share just yet, but considering there's a dedicated team tasked with managing and growing the portfolio, it shouldn't be too long before we hear about further growth.

Do you plan to visit Philadelphia's new Centurion Lounge?

Related stories
How to check your business credit score
How to save on a cruise: 33 money-saving tips from an expert cruiser
Hyatt elites are now eligible for instant American Airlines elite status — what you need to know
9 things to do when you get the Amex Business Platinum Card

Our points-obsessed staff uses a plethora of credit cards on a daily basis. If anyone on our team wouldn’t recommend it to a friend or a family member, we wouldn’t recommend it on The Points Guy either. Our opinions are our own, and have not been reviewed, approved, or endorsed by our advertising partners.
See all best card offers
Related stories
Guide
How to check your business credit score
Guide
How to save on a cruise: 33 money-saving tips from an expert cruiser
News
Hyatt elites are now eligible for instant American Airlines elite status — what you need to know
Guide
9 things to do when you get the Amex Business Platinum Card