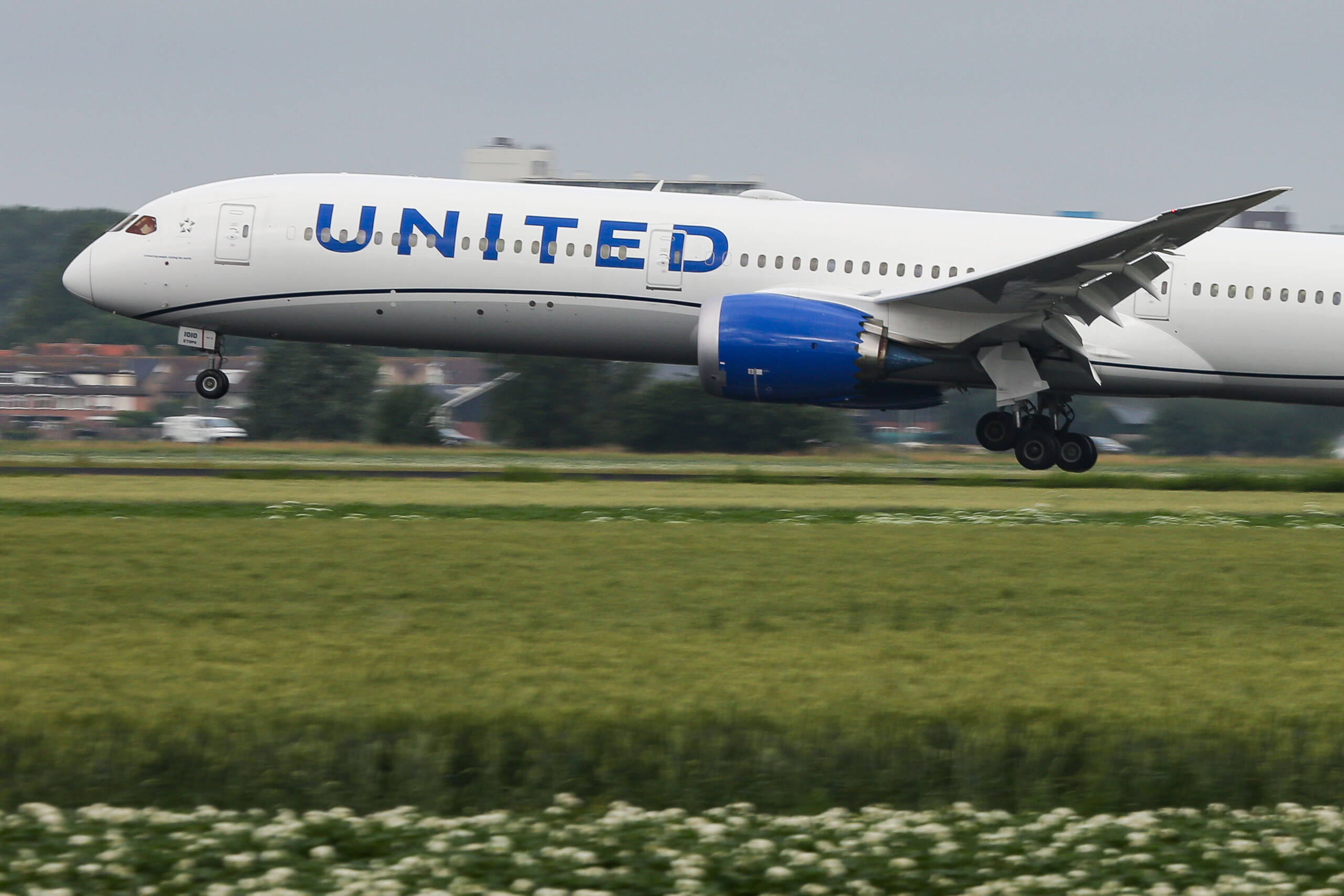 United Airlines eyes finish to Polaris retrofits on the 787, wants 'consistent product' during pandemic
This post contains references to products from one or more of our advertisers. We may receive compensation when you click on links to those products. Terms apply to the offers listed on this page. For an explanation of our Advertising Policy, visit this page.

United Airlines is pushing ahead with its effort to update the Polaris business-class cabins on its wide-body jets during the pandemic.

The Chicago-based carrier aims to fly mostly Boeing 767s, 777s and 787s that have its posh business-class product to give flyers a "consistent" experience, United vice president of international network and alliances Patrick Quayle during a Future of Travel webinar with TPG founder Brian Kelly on Tuesday (a full recording is below).

Still, many wide-body jets both with and without Polaris are parked as a result of the COVID-19 crisis. And the future of some of those stored aircraft is unknown with a high likelihood of retirements down the road.

For now, United does not need all of its 213 wide-body jets. This leaves it with two choices: put those not flying in prolonged storage — or anything longer than six months — or use the downtime to do work for future use, like installing Polaris seats.

United continues to install the Polaris cabin on its 787-8s and is working on a schedule for 787-9s that do not have the seats, said Quayle. There is no doubt that the 787 will stick around in the carrier's fleet once COVID-19 subsides: the jet is United's most efficient and newest wide-body, and has emerged as a "workhorse" during then pandemic.

Related: United resumes Polaris, Premium Plus retrofits on the 787

Offering travelers a consistent business-class product comes as the corporate flyers who buy most of those seats are all but non-existent. Speaking earlier in October, United CEO Scott Kirby said he does not expect business travel to return to "normal" until at least 2024. Even then, it could be permanently 10-20% lower than before the pandemic owing to widespread adoption of teleconference technologies like Zoom during the pandemic.

"For United, American, and Delta, high-fare business travel, particularly on long-haul international routes, is central to making the business work financially," wrote Josh Barro in New York Magazine on Oct. 26. Without those high-dollar flyers, suspended flights are unlikely to return and the expansion of ritzy business class seats like Polaris likely slowed if not stopped.

Related: When will business travel return? Not until 2024, predicts United CEO

Elsewhere, a question mark hangs over the future of United's 767-400ERs. None of the jets have the new Polaris seating and all are in long-term storage. Quayle would did not comment on the future of the type at United specifically, though he did praise the 767-300ERs.

"It’s a right size airplane, it’s a mid-size gauge airplane, a mid-cost platform," he said of the smaller 767s. "Those aircraft will be in our fleet for a while to come.”

United also owns the majority of its 767-300ERs, as well as invested millions of dollars to install Polaris on the jets, making them a low capital cost plane to keep flying.

In addition, United does not plant to retire its longer-haul Boeing 757s until its new Airbus A321XLRs begin arriving in 2024 or 2025, said Quayle. A small fleet of 11 757-200s with Pratt & Whitney engines — the balance are equipped with Rolls Royce engines — have already been retired. United frequent flyers may be more familiar with them as the subfleet that flew in the airline's former “premium service” transcontinental configuration.

Related: US airlines may have to retire 1,000 jets

Wall Street expects United to retire some jets as a result of the coronavirus. Cowen analyst Helane Becker has estimated that as many as 192 mainline jets may need to go and forecast the 767s are the most likely candidate.

Older 777s are also possible candidates for retirement though. For example, United has 19 777-200s with an average age of 22.5 years. The 20-year-old mark has been an inflection point for many jet removals at other U.S. airlines.

United continues to work with authorities abroad to reopen international air travel. While many countries have closed their borders to all but essential travel, others have reopened with quarantine restrictions that act like a border closure, said Quayle.

“We looked back at 2019 and we looked at what was the average stay of our passengers" he said specifically about London bookings. "Roughly 85% of [the] traffic that we were carrying was in London [for] 10 days or less. When you institute a mandatory 14-day quarantine, the traffic evaporates.”

United is working with its partners and governments to reopen some international travel lanes. One way it is moving forward with this is a pilot of the new CommonPass app that aims to put COVID status and identifying information on a common platform for airlines and governments.

In the meantime, United is gearing up for an array of new routes to markets that are open to travelers in 2021. New flights will connect several of the airline's hubs to destinations like Bangalore (BLR), Johannesburg (JNB) and Lagos (LOS).

Missed the session and want to watch the entire interview? Check out the full recording right here:

“The Future of Travel with Brian Kelly” is a series of live events looking ahead at what’s in store for the travel industry as it begins to recover from the coronavirus pandemic. Join Brian as he interviews top experts and company executives on a range of topics, including traveler health, cleanliness measures, loyalty programs and what it all means for the traveling public.

For recordings of past sessions, please visit the following links: