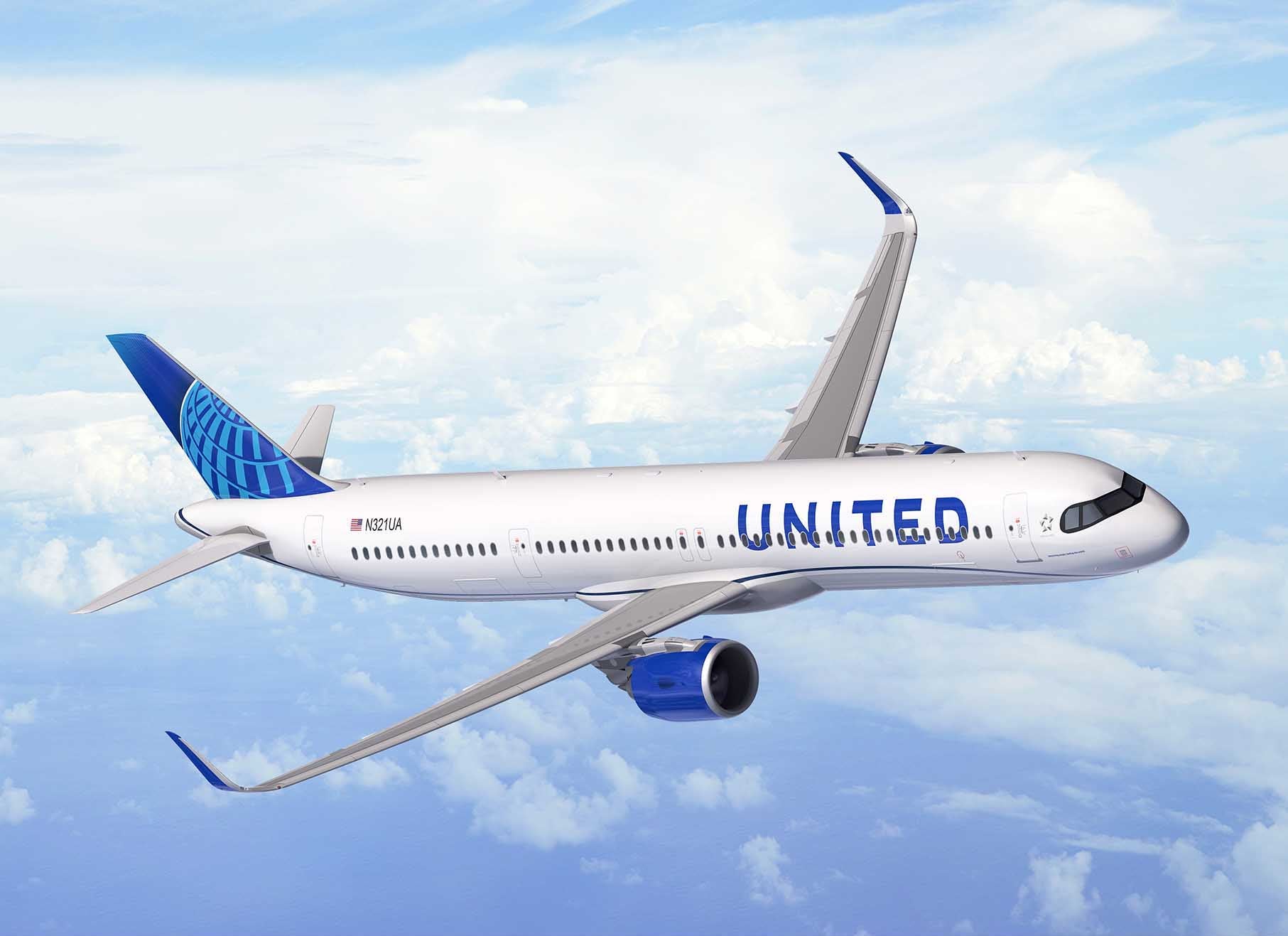 United Airlines orders Airbus A321XLR to replace Boeing 757s to Europe
This post contains references to products from one or more of our advertisers. We may receive compensation when you click on links to those products. Terms apply to the offers listed on this page. For an explanation of our Advertising Policy, visit this page.

United Airlines has jumped on an order for the long-range Airbus A321XLR jets, opting for a partial approach of replacing just its Boeing 757s while putting off a decision for its Boeing 767s.

The Chicago-based carrier announced a firm order for 50 A321XLRs with deliveries from 2024 aimed at replacing its 757-200 fleet about one-for-one, United commercial chief Andrew Nocella told reporters Tuesday. The aircraft, which will seat around 170 passengers and have a lie-flat Polaris business class cabin, are expected to enter service in 2025.

United has also deferred its first Airbus A350-900 delivery by five years to 2027 as part of the XLR deal, said Nocella. The aircraft will be used to replace Boeing 777-200s in its wide-body fleet.

United becomes the fourth U.S. carrier to commit to the A321XLR since its launch at the Paris Air Show in June. American Airlines ordered 50 of the aircraft also to replace 757s at the show, Frontier Airlines 18 planes, and JetBlue Airways 13 jets.

United plans to base its A321XLRs primarily at its Newark Liberty (EWR) and Washington Dulles (IAD) hubs. The aircraft will fly routes to Europe served by the 757 today, as well as open new route opportunities as far east as Germany and Switzerland.

United has been considering the A321XLR, among other options, to replace the 757 since at least April. Nocella, responding Tuesday to questions other types it considered to replace the 757, said that 737 MAX 10 lacks the range and Boeing's proposed New Mid-Market Airplane (NMA) has yet to be offered by the planemaker, eliminating the latter from consideration.

"The order for the XLR does not mean we’ve shut the door on ordering the NMA in the future. Once Boeing further refines the mission capabilities and details of the NMA, we will actually take a close look at that," he said. Boeing has said the NMA will seat 200-270 passengers with a range of about 5,750 miles.

However, Nocella specified that if Boeing launches the NMA, United will consider it to replace 767s -- not 757s.

In Paris, United chief financial officer Gerry Laderman said that the A321XLR did not meet all of the airline's mid-market needs, namely providing a replacement for the larger 767.

"At the end of the day, people underestimate the cost of complexity of multiple fleet types," he told reporters. "That's very important to us."

In addition to the A321XLR, United will use some of the 100 737 MAX 10s it has on order to replace domestic 757s in a premium configuration used on transcontinental routes. The airline has yet to provide details of this planned new transcontinental product.

The 777 replacement plans stand but now the Boeing wide-bodies are not expected to begin leaving United's fleet until around 2027, according to Nocella.

"We’ve lined up the delivery of the A350s with what we expect to be the beginning of the 777-200 retirement phase," he said Tuesday.

In addition to the A350 order, United also has wide-body commitments for four 777-300ERs and 18 Boeing 787s with deliveries from the fourth quarter through the early 2020s. The airline operated 92 777 family and 46 787 family jets at the end of September, its latest fleet plan shows.