Articles
Emily McNutt is The Points Guy's Global News Editor and is based in London.
Follow
June 17, 2019
•
4 min read 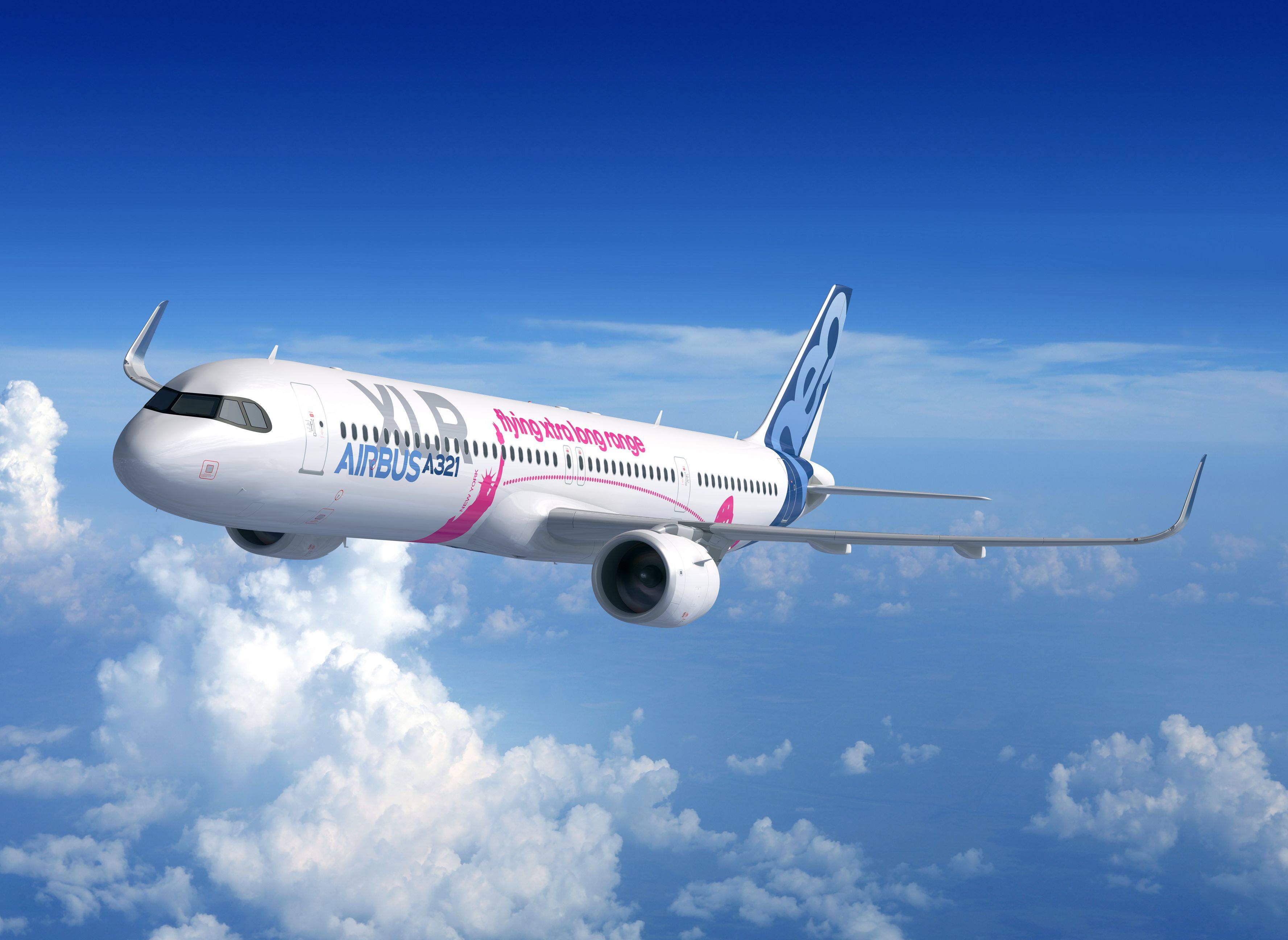 Airbus Launches Longest-Range Single-Aisle Aircraft, A321XLR
This post contains references to products from one or more of our advertisers. We may receive compensation when you click on links to those products. Terms apply to the offers listed on this page. For an explanation of our Advertising Policy, visit this page.

Following rumors that the next variant of the A320 family was on its way, Airbus made its firm announcement on Monday. During the opening day of the Paris Air Show, Airbus detailed its longest-range single-aisle aircraft, the Airbus A321XLR.

The Los Angeles-based lessor signed a Letter of Intent (LOI) for 27 A321XLRs and 50 A220-300s. The LOI also includes an incremental order for an additional 23 A321neos, which can be either the LR or XLR option. (Air Lease does not actually fly aircraft, but rather leases them out to airlines.)

With 30% less fuel burn per seat than its previous-generation competitor aircraft, Airbus says that its A321XLR offers airlines more value in adding the option to operate a single-aisle aircraft on longer-haul routes.

The A321XLR allows carriers to fly from various airports in North America to South America, Europe and beyond. For example, a nonstop route from New York to Rome or from Chicago to Barcelona isn’t out of the question. Some passengers may be hesitant to choose a narrow-body jet for a 4,500-mile flight, though, depending on the product airlines choose to offer.

Airbus is touting the long-range capability of the aircraft, paired with a more passenger-friendly cabin. Customers can opt to feature a cabin with lie-flat seats, wider economy seats, mood lighting, larger overhead bins and more.

The A321LR, which has a range of 4,000nm (4,600 miles), has been a success thus far, with 13 operators ordering more than 130 aircraft. So, what makes it so much more fuel efficient and longer-range? The A321XLR will feature a new permanent Rear Centre Tank for more fuel volume, as well as modified landing gear for an increased 101-ton maximum takeoff weight.

The A321XLR will compete with the New Mid-Market Aircraft (NMA) Boeing is said to be in the midst of developing. The Boeing aircraft is set to replace its current 757 and 767 aircraft. That announcement was rumored to also have been made this week at the Paris Air Show, though Boeing’s focus has switched to its ongoing issues with its 737 MAX.

“I believe that until those issues are fully resolved on a global scale, this other project will be a little bit in cold storage,” said Steven Udvar-Házy, Air Lease Corporation Executive Chairman. Air Lease Corporation CEO John Plueger and Udvar-Házy emphasized that Monday’s order is independent of the issues and product development (potential NMA) at Boeing.

Current A321LR lessees of Air Lease Corporation include Aer Lingus, SAS, Azores, Air Arabia, Air Astana, Peach, S7, Sky Airline (Chile). There has not been any announcement on which carrier(s) will fly the A321XLR once it's delivered beginning in 2023.

Will there be other A321XLR orders on the horizon? “I dare say yes,” said Airbus Chief Commercial Officer Christian Scherer.

Featured image by A rendering of the Airbus A321XLR