The hotel changes we hope stick around in 2021 and beyond

Articles
Nick Ellis joined The Points Guy in 2016 as an intern and is now Reviews Editor, primarily responsible for arranging, writing (some of), editing and publishing reviews of hotels and airport lounges along with helping manage, write and edit travel content.
Follow
Dec. 07, 2020
•
9 min read 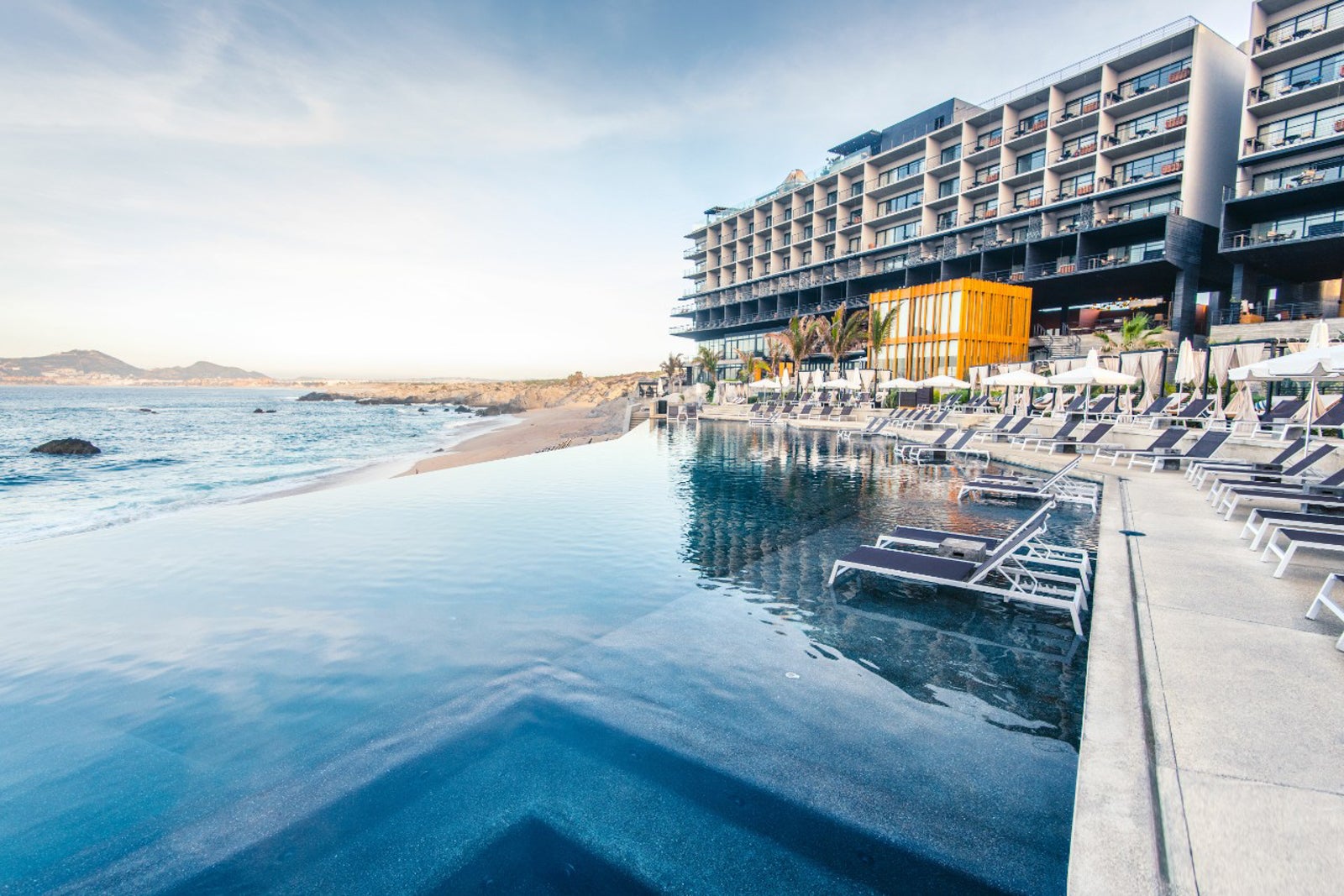 Staying at a hotel in 2020 looks and feels a lot different than it did in 2019 — or even just several months ago. You see plexiglass everywhere, guests are walking around in masks, some amenities remain closed and your minibar may be totally empty.

But, as hotels have learned to adapt to the pandemic, we've come to realize not all of the changes are bad. And, in fact, some of them are quite good. As we kick off Hotels & Destinations Week at the 2020 TPG Awards and start looking ahead toward 2021, let's take a look at some of the changes we've seen in the hotel industry that we hope will stay with us, even as COVID-19 becomes a distant, unpleasant memory.

We're all hoping we can go back to normal (or close to it) at some point next year. But, there's no denying that millions of remote workers won't be going back to the office as much as they once did. Some may never go back.

With so many people able to take advantage of flexible work arrangements, hotels would be wise to continue to incentivize these people to look to their properties as a way to get away from their home office and blend work with vacation.

Chains have been doing a pretty good job of this already, with everything from single-day to month-long packages offered, depending on the property. Hyatt's done a particularly impressive job with its Work From Hyatt program, offering a compelling package that can include discounted rates, room upgrades, complimentary laundry services, free breakfast, personal training appointments and so much more.

But if you're loyal to Hilton or Marriott, each of those chains has rolled out its own version of work-from-hotel packages.

Increased use of touchless functions

Hotels have been touting mobile keys and contactless check-in for several years now, but the concept got a big boost when the COVID-19 pandemic spread across the world. Hotels quickly realized that guests wanted safety above all else, which meant cutting down on in-person interactions as much as possible.

While the ability to bypass the check-in desk and have your room key on your phone has been nice to have during the pandemic, there's no reason to revert back to the old way once the pandemic is behind us.

Hotel chains should focus on rolling out this functionality to a large majority of their properties sooner rather than later. It's not just a safety thing, either. Increasingly, hotel guests are seeing fewer and fewer reasons to line up at the check-in desk and wait when we have the technology to support mobile keys on smartphones as soon as a guest checks in.

In the future, guests will appreciate being able to go right from a parking lot or a taxi into their hotel room, especially after a long flight or a hard day at the office. And not to mention the number of times plastic room keys are deactivated due to being too close to a smartphone in a pocket or handbag.

Another contactless trend that came about during the pandemic but we wouldn't mind staying with us is contactless room service. I know this won't be for everyone, especially those who want to post the elaborate, white-table-cloth (or floating basket) room service photo on their Instagram feeds.

But there have been many times in a hotel room when I wished I didn't have to go through the whole process of awkwardly standing there while the hotel employee sets up a table and then the food on top of it.

I'm happy to be charged an automatic tip with my order, but often would prefer it to be delivered in a simple bag and left outside the door. Of course, high-end hotels would leave the option for the full set up, should you want to choose that.

Some hotels are coming around to the concept of expanding their grab-and-go breakfast options, especially since buffets are largely going by the wayside (at least for the foreseeable future) at hotels.

To replace the buffet, which in theory is faster than a traditional sit-down breakfast because you can move at your own pace, hotels should make an expanded grab-and-go offering a permanent fixture. Plenty of people don't want (or need) an elaborate affair for breakfast each day — though admittedly that is one of my favorite parts of staying at hotels. This hold's true even at high-end resorts, where many people's priority is to snag a seat by the pool or beach for the rest of the day. Many would appreciate the option to grab a breakfast sandwich and a pressed juice on their beeline to the water.

Many select-service hotels already have grab-and-go options for guests whose purpose for staying isn't to relax at the hotel but rather to get business done in town or just have a place to lay their heads at night. But even resorts and other high-end properties that are destinations unto themselves could do their guests a favor by expanding to-go options and thus giving their guests more flexibility to eat where they want and how they want.

This could even be a complimentary breakfast option for frequent travelers. I know many top-tier elite members on TPG's staff that would be happy to trade a buffet for a quick (healthy) option as park of their perks. Let's hope this becomes a reality at more properties in the future.

As the pandemic unfolded, hotels moved away from daily housekeeping visits — both because they simply didn't have the staff to complete these every day and because they wanted to cut down on interactions between guests and staff.

At the same time, they stepped up the intensity of cleanings in between guests. Hotels are using electrostatic sprayers and other hospital-grade cleaning products to scrub rooms — and all of their high-touch surfaces — from top to bottom, and then leaving them empty for several hours (or even a day or more) before the next guest checks in.

Some hotels have added a seal on the room door indicating that the room has indeed been deep-cleaned and no one has entered it since the cleaning.

Even after the pandemic, there's no reason for hotels to revert to less-robust cleaning protocol. It's likely that higher-end properties may reintroduce more-frequent housekeeping, but mid-tier hotels and budget brands may stick to deeper, less-frequent cleans — and guests will probably be just fine with that.

Use of smartphones for communication and room functions

As hotels have tried to cut down on the number of times a guest needs to touch a high-contact area, many have moved to bring some functionality onto a guest's smartphone, such as controlling a smart TV.

We'd love for this innovation to stick around and would like to see it go even further, expanding to such functions as controlling the lights and window shades or ordering a meal from room service.

Additionally, hotels could more deeply integrate the use of smartphones and messaging services to facilitate more-convenient communication between guests and staff. Whether a guest is asking for more towels or wants to get the concierge's input on the best restaurant for a special dinner, expanding communication between a hotel and guests through smartphones is a smart way to cut down on touching things unnecessarily in the room — and make things a lot more convenient for guests in the process.

In fact, some hotels including the Waldorf Astoria Beverly Hills and Peninsula Hotels have realized what a great asset this could be for high-paying customers expecting top-notch service. This type of system already exists at the Waldorf and will be rolled out to all Peninsula properties in January.

Last, but certainly not least is the trend we'd most like to see stay around. Peninsula Hotels recently announced that it would eliminate rigid check-in/out times, allowing guests to arrive as early as 6 a.m. and depart as late as 10 p.m. at either end of their stay.

We hope this is a practice that quickly expands to other chains. As hotels grapple with historically-low occupancy levels, there's an opportunity to build a lot of goodwill with customers. Time really is a luxury, and people with lots of money to spend are likely going to do so at a hotel that values their time instead of one that forces them to wait until 3 or 4 p.m. for their room to be ready or kicks them out at 10 a.m. on the last day of their stay.

Especially as the hotel industry only begins to rebound, it won't be a massive undertaking for many hotels and would go a long way in cementing the perception of a given property among its guests.

The pandemic has left no stone unturned in its quest to change our lives. There's no doubt staying at a hotel is different now than it was even at the beginning of this year. That said, change can be a good thing, and we think that if hotels heed our call to maintain and expand some or all of the changes outlined above, the future of the hotel industry will be very bright indeed.