Elite status extensions: US airline policies that led the way — and some that need improvement

Articles
Zach Griff is a senior reporter at TPG. He writes travel and product reviews, deep dives into loyalty programs, news about the airline industry and more.
Follow
May 18, 2020
•
9 min read 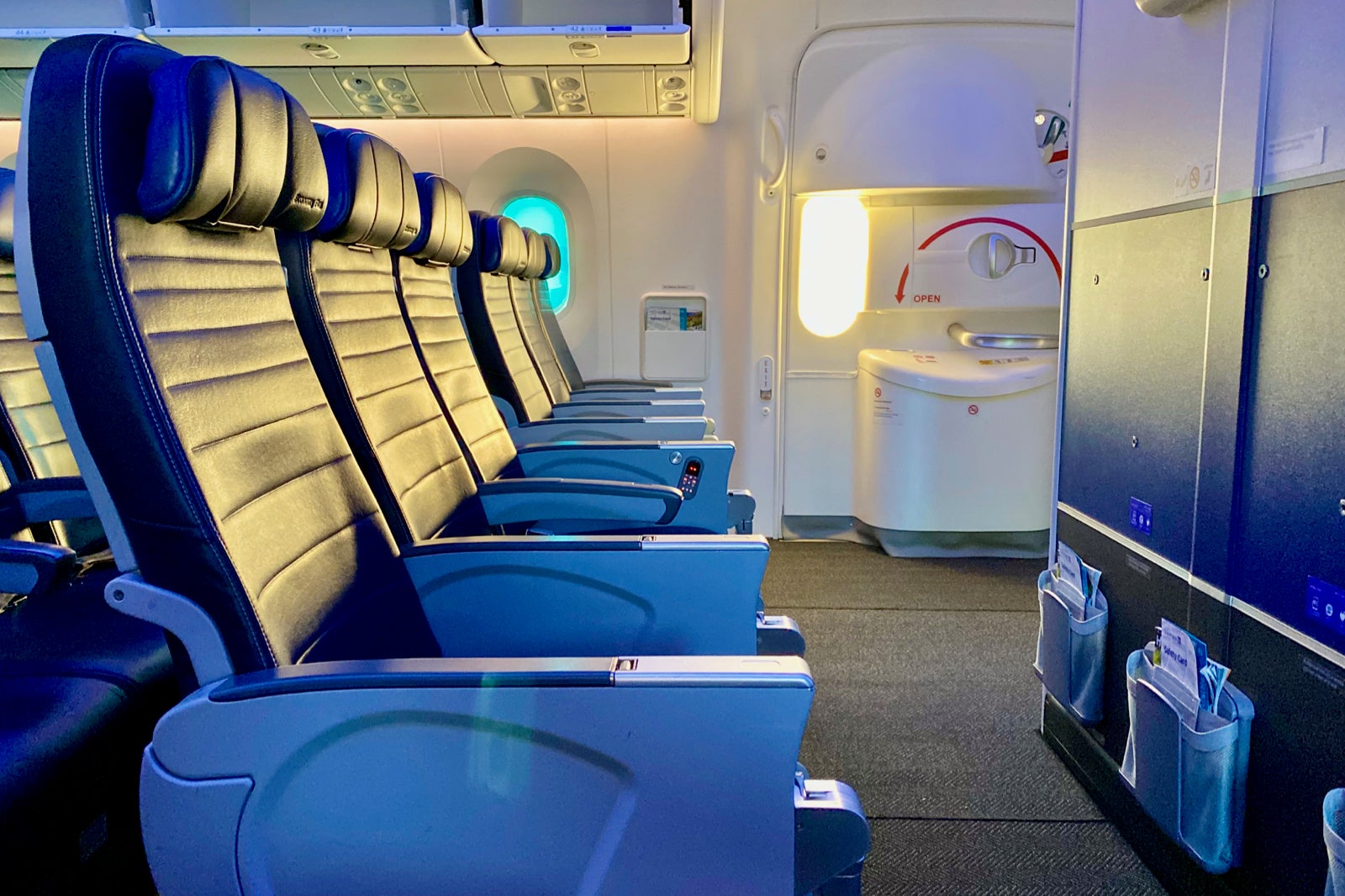 Because the coronavirus halted all but essential travel, we've seen the major U.S. airlines extend elite status through the 2021 program year.

Delta, unsurprisingly, was the trailblazer when it made its announcement on Sunday morning, April 6. Since then, the other airlines fell like dominoes. Last week, JetBlue became the final major airline to make its announcement.

Turns out, elite status extensions were just a component of the sweeping adjustments that loyalty programs have since introduced. We at TPG have analyzed each carrier's move independently, but now let's take a look at who won and who lost during the status extension spree.

Most major airlines offer a status match or challenge program. They're designed to give you a taste of status in the hopes that you decide to jump ship from a competitor. If you participate in a challenge, you'll need to do some amount of flying and/or spending with the airline before you're eligible to keep the status for the rest of the year. If your status is matched, there are typically fewer strings attached.

In light of the coronavirus, Alaska's been incredibly generous to those who were participating in a challenge. Specifically, the carrier is giving full elite status through the end of 2021 to anyone who was signed up for a challenge between Dec. 1, 2019 and March 31, 2020.

As I overhead in the TPG Slack channel, it's almost too good to be true. Especially when you consider that the other airlines are basically requiring that you redo your challenge when you're ready to fly again.

American was the last of the big three U.S. carriers to announce changes to the AAdvantage program. Though elites were growing anxious, the carrier made up for the delay with some creative and lucrative promotions.

For one, it was the first major airline to grant extensions to its invite-only Concierge Key elites. This was really popular with the airline's most valuable flyers, especially considering that Delta and United were initially mum about extending their invite-only statuses. (Since then, Delta caved and extended Delta 360, but there's still been no word from United).

American also introduced a great promotion for those who've been flying the airline for many years. Specifically, it's offering the ability to earn Million Miler status through cobranded credit card spend. This is an excellent and rewarding promotion that you should definitely consider if you're close to the Million Miler thresholds.

Delta wasn't just the first to make changes to its loyalty program. It also came through with some very generous offers. For one, it's the only airline that's giving flyers two years to earn status for 2022. That's right — Delta's rolling over all Medallion Qualification Miles (MQMs) earned in 2020 into 2021.

Unlike the other airlines that are lowering the thresholds for 2020, Delta is taking the opposite approach and giving people more time to earn status. (Just note that you will need to earn a full set of Medallion Qualification Dollars next year, though it's possible Delta will modify that requirement).

Delta's also giving its top-tier Platinum and Diamond elites a nice gift — a fresh set of Choice Benefits for 2021 regardless of how much you fly this year. That's a big win for elites since both American and United aren't giving extra upgrades unless you fly a certain amount in 2020.

JetBlue's Mosaic elites learned the lesson that waiting pays off. The Long Island City-based carrier was the last to announce TrueBlue changes, but it was perhaps the most rewarding.

To show its appreciation for its most loyal flyers, JetBlue's giving all current Mosaics the ability to gift status to one person of their choosing. I've long written that giving elites the ability to share their benefits with loved ones is one of the most powerful tools to drive loyalty and engagement, and I'm glad that JetBlue came through with this promotion.

Ever since taking over the trip modification beat for TPG, I've received tons of reader emails from people frustrated with the terms and conditions of their vouchers. For instance, Hawaiian Airlines is giving flyers vouchers that can only be used once, even if there's a residual value left after applying part of the voucher.

Though Southwest never charges change or cancellation fees, it's giving those with travel funds unprecedented flexibility to convert them to Rapid Rewards points. The functionality hasn't yet gone live, but this is one of the most customer-friendly initiatives we've seen on the change/cancellation front.

And of course, the airline is also extending elite status and Companion Passes too.

Related: How to earn the Southwest Companion Pass

Though United disappointed us with its recent devaluations to the MileagePlus program, there's one silver lining for those who are big spenders.

Related: United makes it easier to spend toward higher elite status in 2020

The information for the United Club Card and United Club Business Card has been collected independently by The Points Guy. The card details on this page have not been reviewed or provided by the card issuer.

As part of the AAdvantage updates, American made a sneaky devaluation when it simplified the award change and redeposit fee structure.

Previously, you could change MileSAAver awards for free, as long as the origin, destination and airline(s) remained the same. Similarly, AA waived the change fees for AAnytime (standard) awards, even if you made a change to the origin and destination. These fee-free changes could be made any time before scheduled departure.

Come June 1, AA has a new structure for anyone making changes to award tickets. Within 60 days of departure, fees vary from $50 to $150 per ticket depending on your status and even apply to changes that used to be free.

Furthermore, when it comes to reinstating miles for a canceled award, the fee was previously $150 for the first ticket and $25 for any other redeposits done at the same time into the same account. Now there won't be any discounts for each additional ticket — a real devaluation for families who travel together.

Delta: Flyers who want to earn status in 2020

Delta is the only carrier to give you 24 months to earn status for 2022. While that's great news, it's also making it much harder to earn status in 2020 (relative to American and United).

Since it's not making any updates to its Medallion qualifying thresholds, the small subset of flyers who are doing lots of 2020 travel are at a disadvantage since they need to earn a full set of MQMs and MQDs this year.

JetBlue's promotion of the opportunity to gift Mosaic status to others is particularly rewarding. Current elites should consider themselves winners!

But unfortunately, the carrier isn't extending this offer to those who earn Mosaic status this year. I certainly understand the carrier's perspective in that it wants to reward its most loyal flyers, but extending the promotion to new Mosaics would certainly help drive engagement and incremental business to the carrier. And since airlines are going to need all the money they can get, it's a bit surprising that the carrier didn't offer the promo through the end of the year.

The good press that United got for extending Premier status was quickly lost just two weeks later when it made three devaluations in one week.

It all started when the Chicago-based carrier made it much harder to earn elite status from flying with partners. Then, the next day, UA pulled its partner award charts, as it transitions all MileagePlus awards to dynamic pricing. The very next day, we started seeing price jumps for many Star Alliance awards, an unfortunate series of events in a single, 48-hour period.

Aside from removing much of the value of the MileagePlus program, United is now the only carrier that hasn't extended its invite-only status — Global Services. These United loyalists were unfortunately told to wait to hear more about their status.

We've now seen all major U.S. airlines extend elite status in light of the coronavirus pandemic. However, there's a lot more to unpack in each airline's announcement aside from just the status extensions.

Inevitably, there will be some winners and some losers, though overall U.S.-based flyers should be happy with where things landed. The exception is United passengers who've just suffered some big devaluations.