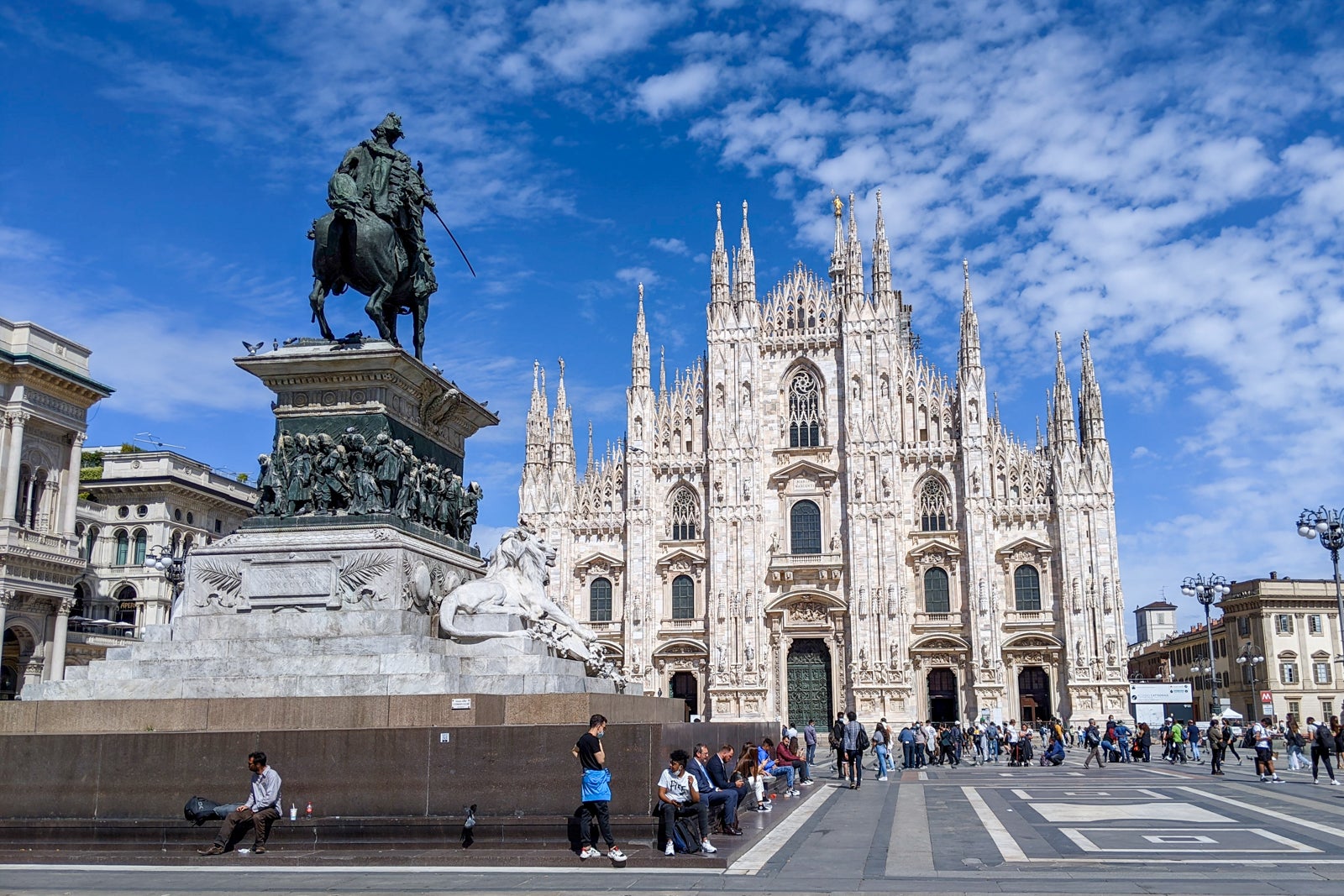 On May 14, Delta announced tourists would be welcome on COVID-19-tested flights to Italy starting May 16. TPG asked if I'd want to be one of the first American tourists to fly to Italy on a COVID-19-tested flight. I was more than happy to take a short-notice trip to Italy, so TPG redeemed Delta SkyMiles to book my last-minute flights.

As an American Airlines Executive Platinum elite, I haven't closely followed Delta's updates for earning status during the pandemic. So, I initially assumed I wouldn't earn anything on the award flights. But then I realized travelers can earn Delta Medallion status from award tickets through the end of 2021.

My trip to Italy came together at the last minute. After all, Delta announced on May 14 that its COVID-19-tested flights to Italy would be open to all travelers starting May 16. So on May 15, TPG booked me two sets of round-trip award flights:

You may be wondering why TPG booked two round-trips instead of one. In short, it was due to pricing. After all, a round-trip from Atlanta with a COVID-19-tested flight from New York-JFK to Milan would have cost 210,000 miles plus $88 for an award ticket or $3,013 for a cash fare.

Related: How to book a COVID-tested flight to Italy from 51,000 miles round-trip

Note that Delta bases MQMs on flight distance. In particular, Delta calculates the distance between JFK and MXP as 3,995 miles and the distance between ATL and JFK as 760 miles. You may notice that I broke up the outbound and return segments in the above table when calculating MQMs and MQDs. I did so because the rounding doesn't work out correctly if you don't calculate each piece separately as Delta does.

Related: Everything you need to know about maximizing Delta SkyMiles award tickets

To earn Delta Medallion status, you must meet the following requirements:

As such, I'm currently 10,734 MQMs and 974 MQDs from earning Silver Medallion status until Jan. 31, 2023. I have several other trips planned with Delta and its SkyTeam partners this year. Unfortunately, some of these flights involve destinations that are still closed to tourists. But, assuming I can take at least a few of the SkyTeam flights I've booked, I'll snag Delta Silver status.

Of course, Silver is the lowest elite status tier with Delta. As such, it doesn't offer standout perks. But I'll get some value from the following perks:

The best-sounding perk is unlimited complimentary upgrades. But Silver Medallion members are below higher-tier elites and their companions for upgrades, so I don't expect I'll get many upgrades.

Additionally, snagging Silver Medallion status would give me a first checked bag free. A free checked bag when flying Delta is one of the primary reasons I carry a Delta credit card. So, although I'll likely keep my Delta SkyMiles® Gold American Express Card through the end of the year for its $10-per-month credit at U.S. restaurants, I'll need to reevaluate once that limited-time perk ends on Dec. 31.

Related: How to earn Delta Medallion elite status without flying

A month ago, I hadn't considering earning Delta Medallion status this year. Instead, I was debating which SkyTeam member airline to use when crediting several other SkyTeam trips. But now, my unexpected trip to Italy has encouraged me to push for low-tier Delta status. If you have a stash of Delta miles, this year may be an excellent opportunity to redeem your SkyMiles and work toward earning Medallion status.

Related stories
Why you should consider having both the personal and business Amex Platinum cards
Real ID requirements for air travel in US delayed until 2025
Another major cruise line to sharply hike onboard fees
Save money with these travel-related offers on your credit cards this month
Featured image by (Photo by Katie Genter/The Points Guy)
Editorial disclaimer: Opinions expressed here are the author’s alone, not those of any bank, credit card issuer, airline or hotel chain, and have not been reviewed, approved or otherwise endorsed by any of these entities.

$0 introductory annual fee for the first year, then $99.

If you’re not looking for premium perks such as lounge access or earning status with Delta through spending, this card is a good option. It allows you to earn SkyMiles toward award travel and to save money with perks such as your first checked bag free and discounts on inflight purchases. The card's low annual fee won’t break the bank, either.

If you’re not looking for premium perks such as lounge access or earning status with Delta through spending, this card is a good option. It allows you to earn SkyMiles toward award travel and to save money with perks such as your first checked bag free and discounts on inflight purchases. The card's low annual fee won’t break the bank, either.