How to Fly Delta One Suites to Europe

Articles
Darren Murph holds a Guinness World Record as the planet's most prolific professional blogger. He's an explorer at heart, having traversed nearly 50 countries and all 50 US states. He's flown over one million miles on Delta alone, and serves as a senior writer at TPG.
Follow
June 09, 2019
•
9 min read 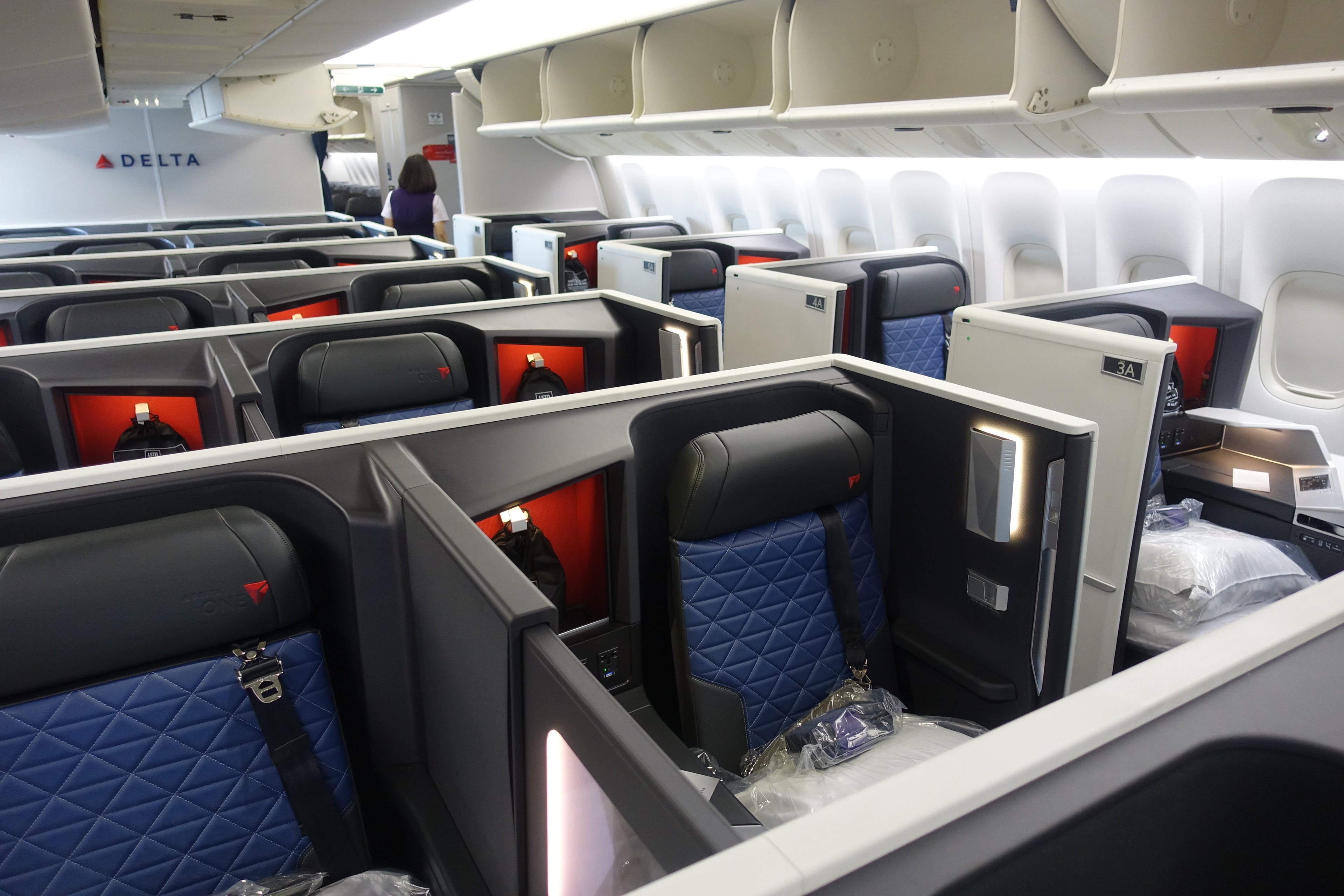 Delta's charging more than ever for award seats to Europe, but its flagship business class product may be worth splurging for. Delta One Suites are available on every Airbus A350 and select Boeing 777 aircraft. We've covered the ins and outs of the hard product, which includes a snazzy sliding privacy door, in our ultimate guide to Delta One Suites.

Delta's newest aircraft to sport Delta One Suites is coming online in July, as the Airbus A330-900neo takes flight from Seattle. However, its initial routes will all head to Asia (Shanghai, Seoul–Incheon and Tokyo–Narita). We will update this article if the A339 sets its sights on Europe down the road.

Note that while retrofitted Boeing 767-400 aircraft will offer beautiful new business class seats, they aren't quite suites. Delta reserves the Delta One Suites moniker for business class seats with a door, so the refreshed 764 will have what so far appears to be the most luxurious Delta One seat in existence.

Below, we'll focus on where Delta flies this product to Europe, and how to get there for the fewest points (or dollars) possible.

Delta One Suites routes to Europe

If you're looking to fly Delta One Suites to Europe, you'll find the airline's current list of routes below.

Delta has a bad habit of charging egregious rates when looking to redeem SkyMiles for Delta One Suites to Europe. Recently, the carrier quietly pushed its cheapest one-way business class award seat from the US to Europe to a staggering 105,000 SkyMiles, and there’s no discount for flying round-trip.

Rather than acquiescing and paying too much for an award ticket, you can do a couple of things. You could wait for a flash sale, which Delta runs pretty regularly. The airline recently offered nonstop round-trip Delta One tickets to Europe for 128,000 SkyMiles, and we saw round-trip economy fares offered at 24,000 SkyMiles during a sale last year. To ensure you don't miss these, bookmark TPG's Deals site and subscribe to text message alerts from our deals feed, @tpg_alerts.

Alternatively, you could book Delta One seats through Virgin Atlantic Flying Club, where you can score the same seats Delta sells for 105,000+ SkyMiles for just 50,000 points. Even if you've never flown on Virgin Atlantic before, or if you currently have no points in its program, it's fairly simple to achieve by transferring points from American Express, Chase and/or Citi. We've created an entire guide to walk you through the process.

As an example, this is Delta's new saver level award pricing for a Delta One Suite from Detroit (DTW) to Amsterdam (AMS) onboard an Airbus A350, pricing out at 105,000 SkyMiles plus $5.60 in taxes/fees.

The same seat on the same flight, DL134, is being sold by Virgin Atlantic for just 50,000 Flying Club miles plus $5.60 in taxes/fees, making it a far superior value.

It's easy to start collecting Flying Club miles. Virgin Atlantic Flying Club is a transfer partner of most of the major point currencies:

That means that you’ve got plenty of options for how to earn points to transfer to Flying Club. If you need to add to any of these point balances, here are some great options:

If you’ve flown Virgin Atlantic — on a cash or award ticket — check to see if you can buy a Mileage Booster to pick up some cheap Flying Club miles. There’s a periodic promotion that drops the price under 1 cent per mile.

In short, a Global Upgrade Certificate allows you to pay for an economy seat on an international flight and upgrade to Delta One (including Delta One Suites) for free, pending available upgrade space. For many airlines, you can search for upgrade space using ExpertFlyer, and we've created a beginner's guide to using that tool right here. With Delta, however, you'll need to call the Diamond line and have an agent search day by day.

I used all four of mine a few years ago to upgrade myself and my wife on a round-trip economy fare from Atlanta (ATL) to Johannesburg (JNB). The feeling of paying $1,388 per person for a round-trip economy ticket from the United States to South Africa, and then confirming seats in business class for free before hanging up the phone, remains one of the best I’ve ever felt in over a decade of booking seats on Delta. Of course, you’ll need to call and play around with dates to find availability, but those willing to roll the dice can waitlist and hope for an upgrade either leading up to departure or at the gate.

Delta One Suites are becoming more prevalent as Delta updates its fleet of 777 aircraft (even flying to Australia). Plus, as more A350 and A339 aircraft are delivered, you may see a suite popping up on added routes unannounced.

Europe is primarily served by Delta with Airbus A330 and Boeing 767 aircraft. While neither of those are expected to receive Delta One Suites via a retrofit, the airline's 35 Airbus A330-900neo jets on order will reportedly replace aging Boeing 767-300ERs on international flights. As A339s are delivered, we'll be watching for schedule changes in hopes of an upgraded business class experience across the Pond.

Related stories
Great deal: Book business class tickets at premium economy prices with this Avianca LifeMiles sale
Holiday gift guide: TPG’s 22 travel-friendly picks for 2022
Vail Resorts lift-ticket sales capped; buy your Epic Pass by Dec. 4
These Black Friday hotel deals can save you hundreds on your next stay
Featured image by Delta One Suites aboard the retrofitted Boeing 777 (Photo by Nick Ellis/The Points Guy)
Editorial disclaimer: Opinions expressed here are the author’s alone, not those of any bank, credit card issuer, airline or hotel chain, and have not been reviewed, approved or otherwise endorsed by any of these entities.