Articles
Darren Murph holds a Guinness World Record as the planet's most prolific professional blogger. He's an explorer at heart, having traversed nearly 50 countries and all 50 US states. He's flown over one million miles on Delta alone, and serves as a senior writer at TPG.
Follow
Dec. 19, 2018
•
9 min read 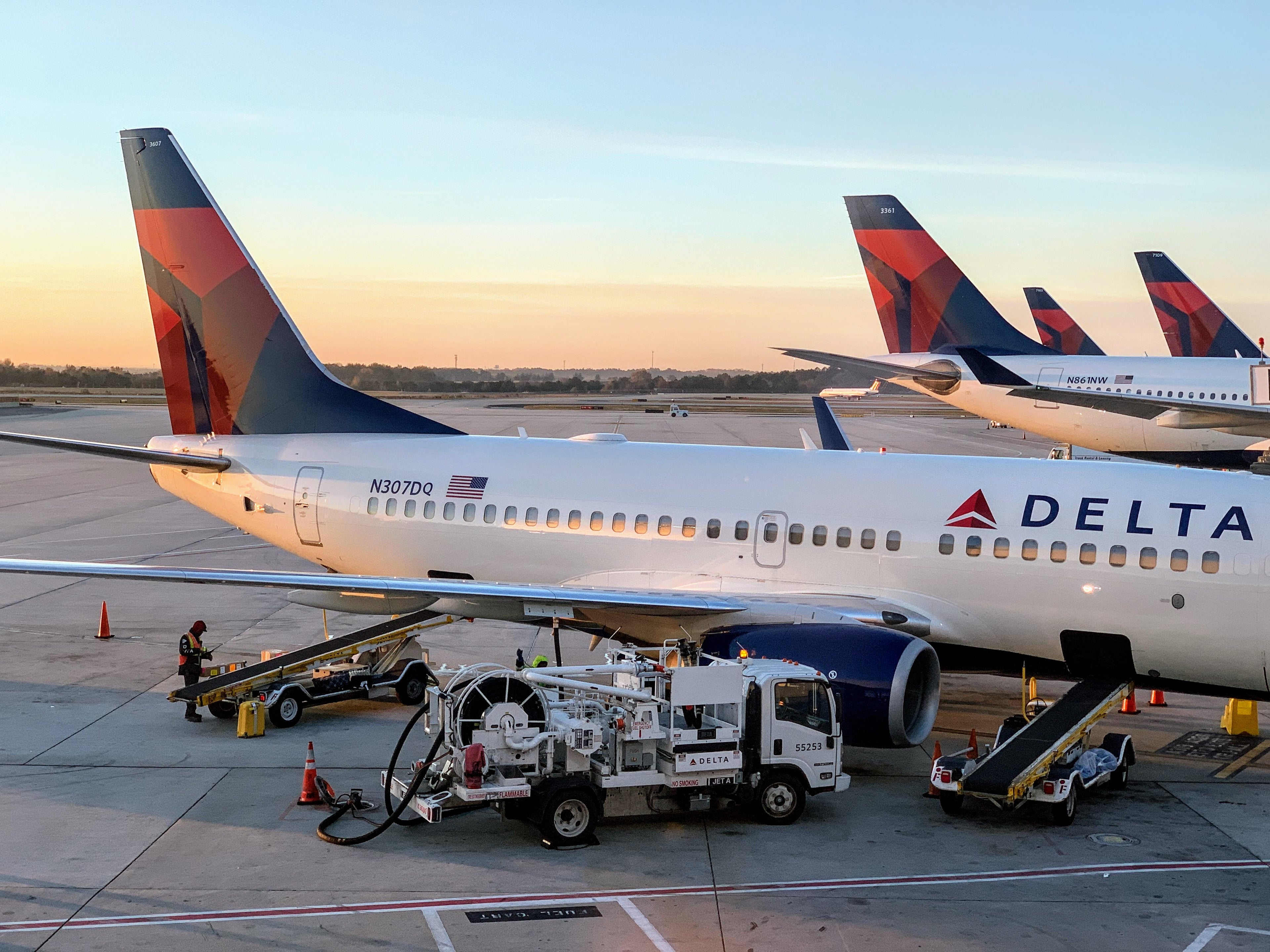 For frequent Delta flyers closing out their year of air travel, we're facing quite a few realities. There's no question that complimentary upgrades are harder to come by, Sky Clubs are more crowded (and yet, more costly to enter) and we're still no closer to witnessing the return of sanely priced business-class award fares to Johannesburg (JNB) or Sydney (SYD).

With Delta on a mission to make each SkyMile worth just 1 cent regardless of where it's used, one may wonder if chasing top-tier elite status is worth it. I recently returned home from my final flight of 2018, and watching sunset from above the clouds gave me a moment to play back the year in travel with the airline I've been loyal to for a decade.

Turns out, I'm overwhelmingly appreciative for Diamond Medallion status, even after a reduction in free upgrades. Below is a sampling of what Delta made possible due to my loyalty and status in 2018, which will hopefully shed light on some of the program's less-marketed aspects as you consider which airline will value your loyalty the most in 2019.

Remember Winter Storm Avery? I do. I was scheduled to fly from Miami (MIA) to New York (LGA) at a time which would have me touching down precisely as a blizzard was raging in the Big Apple. Given that I needed to record a podcast with my boss (hi, Brian!) and film an episode of To The Point, dodging the impending snow was of importance.

Delta allows its Diamond Medallions to call and request same-day flight changes from nearby airports, dubbed co-terminals. I knew I could make an earlier flight to New York by leaving from Fort Lauderdale (FLL), so I rang the Diamond line a day prior to my flight and combined the weather waiver that was in effect with my Diamond co-terminal change privileges in order to secure a fee-free change.

A five-minute phone call (made on a balcony of the world's largest cruise ship, no less) ensured that I'd arrive at TPG headquarters in time to podcast and film, rather than being stuck in Florida waiting for New York's weather to cooperate for a departure.

On a half-dozen occasions this year, one of two things has occurred on the final day of a trip. I'd either wrap up my obligations early, or schedules would slip and I'd be in search of a few extra hours. Delta's Same-Day Confirmed program, which is complimentary for Diamond, Platinum and Gold Medallions, enabled me to ring the carrier and request an earlier or later flight home without a fee. There's an immense sense of relief when you're able to get back to your family quicker, or you're able to magically hang around a bit longer to see a project to completion.

Now, I'll be first to say that I'm displeased with how Delta has restricted this perk in two key ways. For starters, it was once possible to phone Delta exactly 24 hours prior to your flight and request a change (e.g. you could call anytime Tuesday after 6am for a scheduled 6am flight on Wednesday). Now, same day means same day. If you're hoping to alter a 6am flight, you have to wait until 6 hours prior to departure to even call and check — not ideal.

Second, Delta installed a new clause that requires the originally purchased fare class to still be available on the flight you're attempting to move on to. This is troublesome, as close-in purchases rarely have anything but the highest priced fares left available. In prior years, so long as a seat was available, top-tier elites could switch to it.

The silver lining is this: On several occasions where my original fare class wasn't available, I was confirmed on a different flight and placed on standby for the one I truly wanted, and 100% of the time I cleared the standby list as a Diamond.

Delta has a SEAL Team of sorts that monitors top-tier elites as they crisscross the Delta network. If they see that a Diamond or 360 member is in danger of missing a connection, and there's a Porsche available, the airline will dispatch a driver to one's arriving gate and drive the Medallion member to their connecting gate, saving valuable minutes in the process. In both Los Angeles (LAX) and Seattle (SEA), I was treated to a Porsche transfer this year in order to make a tight connection.

I also appreciate that the service is now being used for more than just emergencies. When arriving in Los Angeles (LAX) from Maui (OGG), my wife and I were picked up and shuttled between terminals as a surprise and delight moment. We had plenty of time to take the standard shuttle between Terminals 2 and 3 (which are inconveniently not yet connected by footpath nor train), but given that it was a fairly quiet evening at LAX, Delta decided to step up and make the transfer a bit more luxurious.

For nearly nine months, myself and three others were excitedly preparing for a long weekend in Bermuda (BDA). I booked all four tickets using my SkyMiles balance. For Diamond and Platinum Medallions, all SkyMiles award tickets (except for basic economy award tickets) are effectively refundable tickets. You can change or outright cancel them up to 72 hours prior to departure, no questions asked. Given how pricey refundable tickets are when paid for with cash, I view this perk as one of the most valuable of all.

Five days prior to departure, I learned that an elderly family member had taken a turn for the worse. We all needed to be near for his final days, and a quick call to the Diamond line meant that all of my SkyMiles (as well as taxes/fees) were credited back instantly. It enabled me to do what needed to be done — postpone the trip to rally around family — without the added sting of cancellation fees, which typically range from $200 to $500 per ticket.

Hurricane Michael's devastation still lingers, with many regions waiting for insurance checks to begin the process of healing and rebuilding. I happened to be in New York as the storm ravaged the Florida panhandle and continued barreling north toward my home state of North Carolina.

At the time, Delta had not yet issued a weather waiver for Carolina airports, despite rival airlines doing so. Forecasts put the storm directly above the center of the state when my flight into Raleigh–Durham (RDU) was set to land, so I gave Delta's Diamond line a ring. I explained that I realized no weather waiver was in place, and my flight wasn't until tomorrow, but requested an earlier departure to be home before battening down the hatches for the second time in as many months.

I've learned that Delta gives its veteran agents a lot of autonomy, allowing them to bypass certain rules and norms when common sense should rule. In this case, I was rebooked on a flight just a few hours later with no fee, and was wished well by the agent on the other side. This scenario is far from rare; I've had agents work hard to save the day countless times over the decade I've been flying with Delta. The simple assurance that Diamond agents will truly do whatever they can to solve problems is a key reason I value my Diamond status so highly.

In all of 2018, not a single Delta flight I was on got cancelled. However, one very important feeder flight into Atlanta (ATL) was delayed four hours due to a mechanical snafu, ensuring that I'd miss my onward connection to San Francisco (SFO).

A call to the Diamond line resulted in an agent protecting me on two separate routes the following morning, as well as a hotel voucher for an on-airport hotel once I eventually landed in Atlanta. They even offered alternative routes into Oakland (OAK) and San Jose (SJC).

That quick work ensured that a seat was waiting for me on the first flight out to the City by the Bay the following morning, enabling me to make a critical meeting that afternoon. In moments like these, every second counts, and Diamond agents have shown time and time again that they'll throw caution to the wind and find seating for top-tier elites whenever the blame sits on Delta — from a late crew to a mechanical issue to a power outage to a computer glitch.

If you're a top-tier elite with Delta, how has the airline treated you in 2018? Let us know in comments below or in the TPG Lounge.