Here's Why You Might Be Getting Fewer Upgrades With Delta

Articles
Darren Murph holds a Guinness World Record as the planet's most prolific professional blogger. He's an explorer at heart, having traversed nearly 50 countries and all 50 US states. He's flown over one million miles on Delta alone, and serves as a senior writer at TPG.
Follow
Dec. 18, 2018
•
6 min read 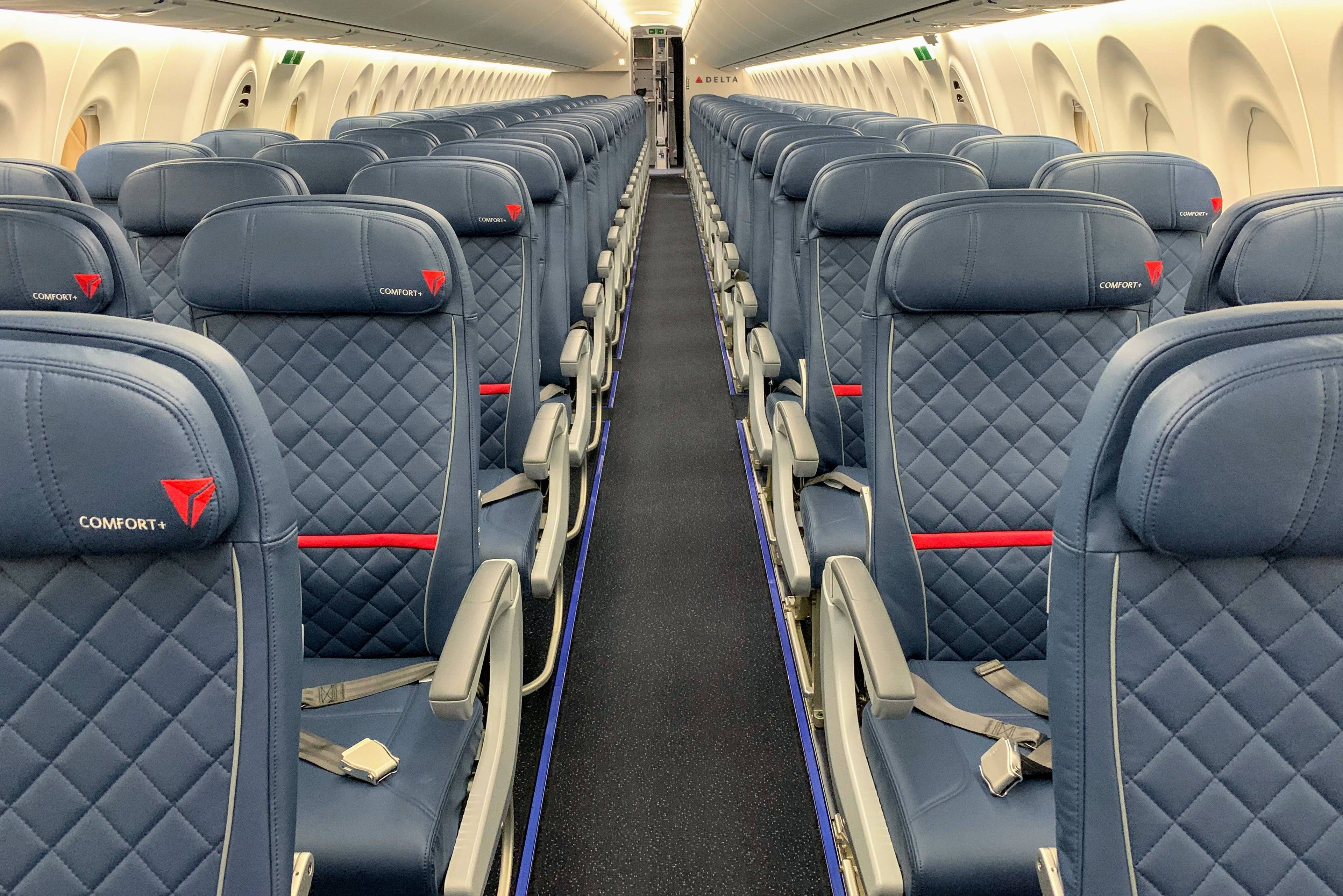 Delta touts its complimentary Medallion upgrade program as best-in-class, and by many metrics it is precisely that. Over the years, however, it has become far less generous, quietly but deliberately devolving into a system that incentivizes more spending and less hoping.

During a recent investor day in New York City, Delta Air Lines President Glen Hauenstein confessed that the airline now sells 60% of its first-class seats, compared with just 13% a few years prior. Said another way, Delta once gave away nearly 90% of its forward cabin seats to its most loyal flyers, while today just 40% of all forward cabin capacity is left for upgrades among a historically large pool of top-tier Medallion members.

For those following Delta, this statistic should come as no surprise. The airline made clear several years ago that it would trigger alluring buy-up offers to Main Cabin and Comfort+ passengers in order to sell more tickets in the forward cabin. And, in turn, give away less of those seats via upgrades. Today, the economy cabin generates less than half of Delta's revenue (48%), compared to 63% six years ago. Meanwhile, profits and revenue are up, which means it's coming from somewhere else: a cabin more luxurious.

While this is great for investors — Wall Street loathes giving something away when you can charge for it — it’s a tougher pill to swallow for loyal elites. Over the past several years as a Diamond (Delta’s highest published status tier), I’ve noticed a decrease in the amount of complimentary upgrades I’m given. Plus, far more of the upgrades I do receive are granted either a day before or at the gate (as opposed to at the five-day window, which Diamonds are entitled to if Delta so chooses) and on shorter routes.

To put things in perspective, Delta reported selling just one-third of its domestic first-class seats in 2011, with that figure rising to 45% in 2015, alongside a goal to hit 70% by 2018. The carrier isn't quite where it wants to be, but it's awfully close, and this continued push to give less and less away should give you reason to pause as a new calendar year arrives and you're able to reassess who will provide the most value for your loyalty.

Squeezing The Most Loyal

We've covered last-minute strategies for securing a higher Delta Medallion tier, including one tip in particular that actually fuels this very fire: paying to upgrade from Main Cabin to first on any remaining 2018 flights in order to earn additional MQDs. What this single statistic makes clear is that you should not weigh your desire to chase status on Delta by the allure of complimentary upgrades. With Delta offering buy-ups known as first class monetization, or FCM, free upgrades are already the exception rather than the rule.

In the past year alone, I've watched several of my coveted Regional Upgrade Certificates (which can be selected as a Choice Benefit by Platinum and Diamond Medallion members) go unused. Not for lack of trying, but for lack of upgrade space. Delta is squeezing inventory from every angle, particularly on routes with high percentages of first-class purchases like Los Angeles (LAX) to Hawaii and New York (JFK) to San Francisco (SFO).

In 2018, I applied a Regional Upgrade Certificate to non-peak flights between Maui (OGG) and Los Angeles (LAX) and from Atlanta (ATL) to San Francisco (SFO), only to sit in the back and consider less frequently flown routes to burn my certificate on. A cursory glance at long-running FlyerTalk threads on both regional (RUC) and global (GUC) success stories confirms that availability ain't what it used to be.

Delta knows this, which is why CEO Ed Bastian is so adamant about giving Delta flyers more ways to burn their miles. While the introduction of basic economy in the award mix as well as the ability to use SkyMiles to buy up into first class both sound like pro-consumer moves, they're mostly masking a program devaluation. After all, passengers wouldn't be clamoring for more and different ways to fund upgrades if those upgrades were still flowing as freely as a decade ago.

Will Other Perks Compensate?

Before you rush to chastise me for waxing poetic about the so-called good old days, hear this: I've known that Delta is handing out less freebies when it comes to seat upgrades. I've felt it, personally. Yet, I continue to go out of my way to re-qualify for Delta's highest Medallion tier, as do legions of others who could easily redirect their commercial airline spend to a different carrier.

The reason? Delta's other top-tier elite perks are compensating for the lack of free upgrades... for now. Best-in-class phone agents, a comprehensively global route network, a flight attendant culture infused with southern hospitality and an on-time performance record that is the envy of its peers all matter to me. A free upgrade is a joyful occasion, but an agent bending over backward to get me back to my family when weather or mechanical issues pop up matters just a little bit more.

So long as Delta continues to satisfy its most loyal travelers on other fronts, it can probably continue to make gratis upgrades less common without fear of a mass exodus. It's also methodically changing expectations and behaviors, slowly rather than rapidly as to not trigger an organ rejection moment. For those who value free upgrades above all, here's the added rub: Delta's most notable competitors seem to be following the same plan.

This isn't quite farewell to the free first-class upgrade, but with Delta moving its purchased first class seat metric from 13% to 60%, we have most certainly passed the tipping point.