The inside scoop on invite-only Delta 360 Status 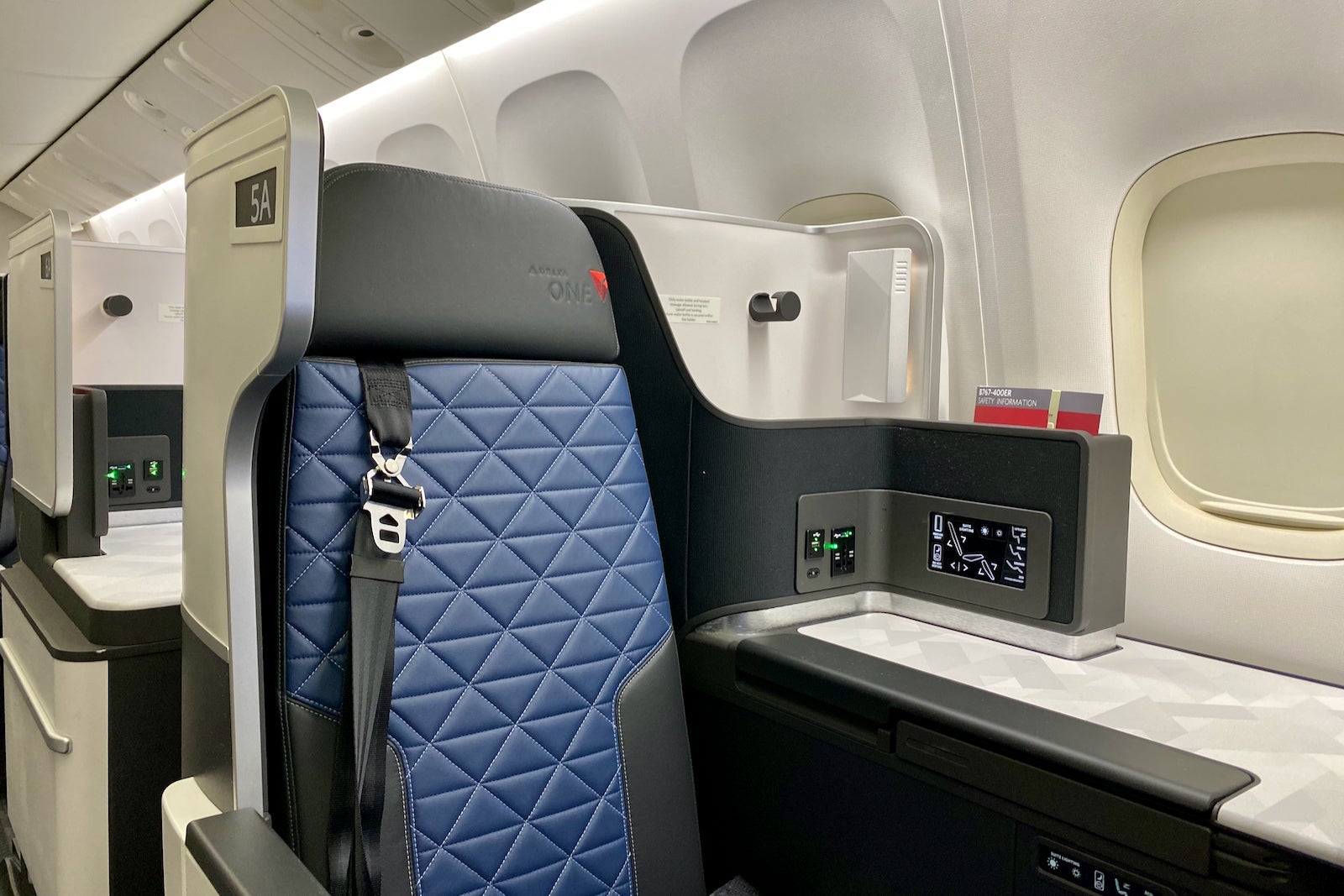 If you look up Delta's elite status tiers, you'll see that Diamond Medallion is its top-tier. But that's not the actual top of the heap. In addition to published top tiers, like American’s Executive Platinum, Delta Diamond and United Premier 1K, all three carriers offer an even higher level of status, reserved specifically for the biggest spenders.

Delta 360 is Delta's version of an invite-only, hyper-exclusive service tier for its most loyal flyers. It compares to American Airlines' Concierge Key and United's Global Services. Here's the official description from Delta: "Delta 360° is an annual, invitation-only program for our top SkyMiles Members, offering an exclusive suite of benefits and services even beyond Diamond Medallion Status. An invitation into Delta 360° is based on your overall investment with Delta. If you’re selected to join, we’ll contact you directly."

Intrigued? Let's dive in and see what this exclusive status is all about.

How to earn Delta 360 status

Despite Delta 360 offering (arguably) the weakest set of perks among the three major invite-only programs, it generally requires the most to get in. Invitations usually get sent out in late January or early February.

There’s no set formula for how much you need to spend or fly, but one Detroit-based member we spoke to received a 360 invite after sitting at just over 240,000 MQM, which were accrued over 43 segments. His MQD count was just north of $42,000. He's taken six international business trips this year, is a Delta Million Miler and puts "a fairly significant sum" on his Delta SkyMiles® Platinum American Express Card.

Related: Your guide to invitation-only airline and hotel elite status

A spate of Delta loyalists at FlyerTalk have also chimed in, with one NYC-based flyer having nearly $90,000 in spend but still lacking a 360 invite. Another based near Huntsville (HSV) spent nearly $50,000 and is still looking in from the outside. Meanwhile, a Fort Lauderdale (FLL)-based flyer received an invitation with 250,000 MQMs, $75,000 MQDs and zero cobranded card spend. A few added data points show that in saturated Delta markets, such as New York and Atlanta, you may need to hit six figures in annual spend to be in the mix for an invitation.

A separate poster explains that Delta looks at more than just overall spending, including how much control you have over corporate contracts that could funnel vast sums of money into Delta's coffers. It might also help if you spend a significant amount with Wheels Up.

If you frequently travel with family or colleagues or want the ability to spontaneously guest someone into the Sky Club after sparking a conversation on a flight, this is a significant perk. Delta Sky Club Executive membership includes unlimited Club access for the member and up to two guests per visit.

If you wanted to pony up for Executive Sky Club membership, you'd need to pay $845 annually, part ways with 84,500 SkyMiles or pay $75 for 12 monthly installments.

The only other way to procure Executive Sky Club membership for free is to burn two Choice Benefits for Delta's Diamond Medallion members. Given that Diamond members only receive three Choice Benefits, that's a steep price to pay. You can also shortcut Sky Club access with certain cards*, such as The Platinum Card® from American Express and the Delta SkyMiles® Reserve American Express Card.

Related: The ultimate guide to getting Delta Sky Club access

While each of Delta's published elite tiers (Silver, Gold, Platinum and Diamond) receive priority phone treatment, with increasingly skilled agents assigned to higher tiers, Delta 360 members can dial up what amounts to a personal assistant. Based on feedback from current and former Delta 360 members, the dedicated VIP phone line gives them 24/7 access to the crème de la crème.

These agents are given extra autonomy to cut through red tape and do whatever is necessary to get Delta 360 members out of jams when it comes to irregular operations (IROPS) and weather-related delays/cancellations. They're also more likely to bend the published rules when members need to make schedule changes or add legs to itineraries.

Related: How to quickly reach an airline customer service agent

Delta carefully monitors the travels of its Diamond Medallion members. If it detects that a member may miss a critical connection, agents will work hard to position a Porsche at their arrival gate to expedite their transfer to the connecting gate. This service is primarily found at Delta's large hubs, such as Atlanta (ATL), Detroit (DTW), Minneapolis (MSP), Los Angeles (LAX), Salt Lake City (SLC) and Seattle (SEA).

When it comes to Delta 360 members, however, this monitoring is taken to entirely new heights. They are given Porsche priority when the fleet is at max utilization and are more likely to receive a courtesy Porsche transfer even when it's not necessary to make a tight connection.

Delta has been known to send its Delta 360 members various high-end gifts. In the past, these have included a magnum of Louis Roederer Champagne and Tiffany & Co. flutes and Ray-Ban aviator sunglasses. It’s not a travel benefit per se, but who wouldn’t be happy to receive this package in the mail?

Delta 360 doesn’t appear to offer any significant advantage over its highest published status (Diamond Medallion) when it comes to upgrades, but members get the same priority. That said, reports indicate that when members do receive complimentary upgrades, they tend to clear on the same day of the flight — rarely as early as five days out.

Of course, chances are quite good that these travelers are booked into paid first class as it is, so any upgrade perks may not be applicable.

One could expect that the dedicated individuals employed to service Delta 360 members would also go above and beyond when flight plans are thwarted due to schedule changes, weather delays or IROPS. On paper, you'll see a more robust set of exclusive perks when achieving American Airlines Concierge Key and United Global Services.

In fact, one Delta 360 member told us that he hasn't felt a huge difference since being elevated from Diamond Medallion, which can be looked at one of two ways: Either Delta isn't doing enough to celebrate its 360 members, or its top published tier (Diamond Medallion) delivers truly exceptional service, making the differentiation between the two tougher.

In some ways, this is good news to other Delta Medallion elites who might feel like they’re missing out — since, in reality, top-tier Diamond Medallion members largely get similar customer service and a comparable overall experience flying Delta.

If you’re currently working toward status on this carrier, make sure to check out the top cards that can help you earn MQMs and offer a variety of elite-like perks.

Featured image by (Photo by Zach Griff/The Points Guy).
Editorial disclaimer: Opinions expressed here are the author’s alone, not those of any bank, credit card issuer, airline or hotel chain, and have not been reviewed, approved or otherwise endorsed by any of these entities.