Articles
Darren Murph holds a Guinness World Record as the planet's most prolific professional blogger. He's an explorer at heart, having traversed nearly 50 countries and all 50 US states. He's flown over one million miles on Delta alone, and serves as a senior writer at TPG.
Follow
May 29, 2019
•
5 min read 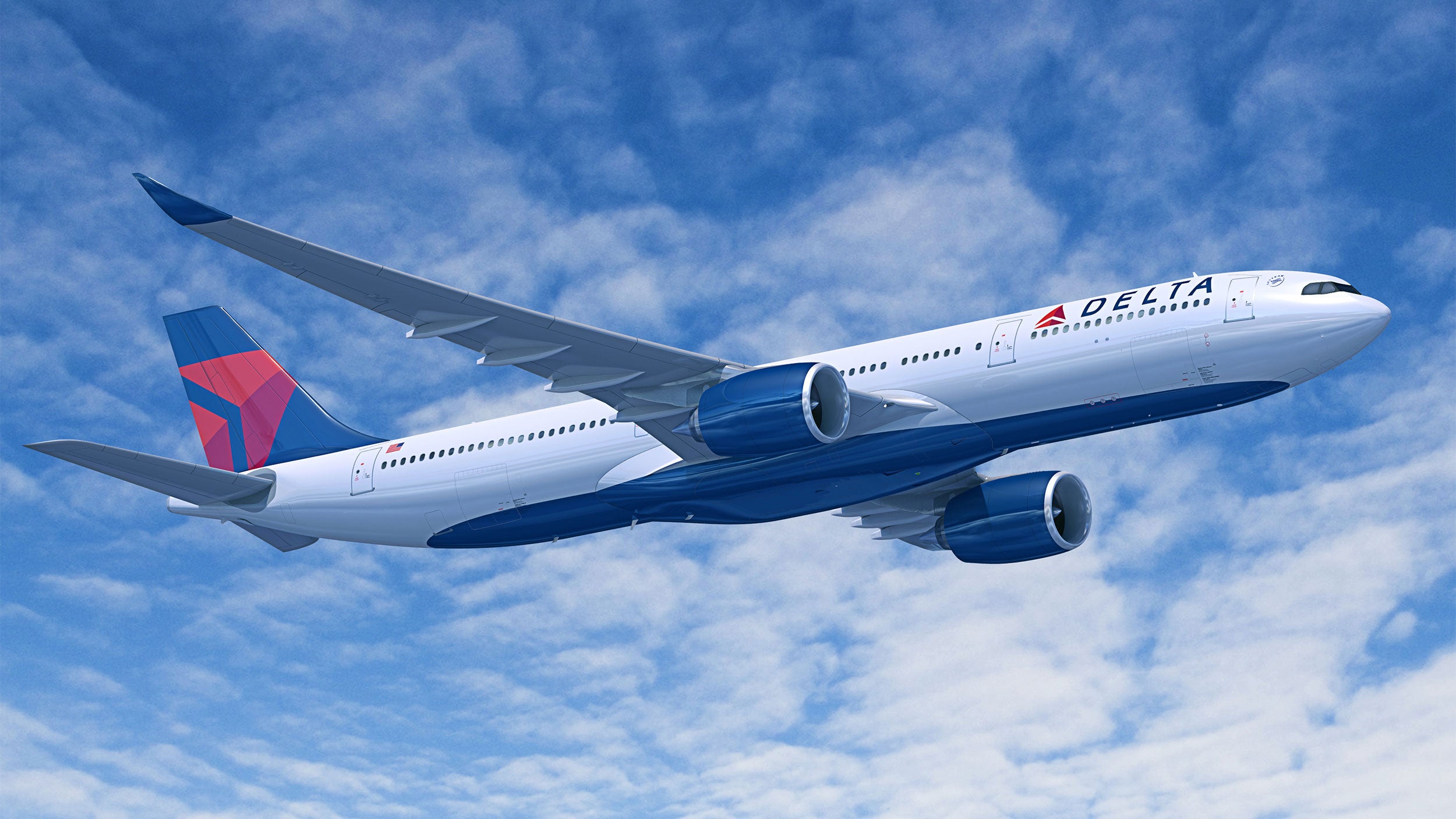 Delta has confirmed with TPG that the official launch flight for its new Airbus A330-900neo is being pushed back two weeks, from July 1, 2019 to July 15, 2019. The inaugural flight, which remains between Seattle and Shanghai, will depart a fortnight later than originally scheduled due to a late delivery of its first A339. Only the inaugural flight is affected; all other A339 routes will proceed as previously announced.

Delta's official statement on the matter follows: "Because Delta is taking delivery of new A330-900neo aircraft later than initially expected, Delta will debut the industry-leading widebody aircraft on scheduled Seattle-Shanghai service on July 15 instead of July 1. Delta will work with customers on a case-by-case basis to find alternate flights if needed, but Seattle-Shanghai service will continue with Boeing 767-300ER aircraft."

The airline's first passenger-ready A339 (ship 3401) landed at its Atlanta headquarters on May 24, 2019, and will spend the time between now and July 15, 2019 preparing for its first revenue flight out of Seattle.

The big question, of course, is what happens to peple who specifically purchased a ticket between Seattle and Shanghai to be among the first to fly on a brand-new plane. While TPG has received several reports from passengers who have hit their share of resistance when phoning Delta's customer service and requesting a fee-free change, Delta has assured us that everyone will be taken care of.

If you are booked on an A330-900neo flight between July 1 and July 14, 2019 and wish to adjust your travel plans to fly on that particular aircraft, you're encouraged to call Delta (or call again, if you tried over the weekend) and request an even exchange for a date that works for you. A memo has made the rounds, and Delta specialists are now aware of the special circumstances involving bookings made specifically to be on a new aircraft.

Be sure to articulate that you're requesting an even exchange for July 15 or later, as you booked your ticket to fly on the new A330-900neo, whose start Delta has officially delayed from July 1 to July 15, 2019.

If you're simply unable to take a later flight, check alternate routings to Shanghai using Delta.com and have your ideal second-best scenario ready to request. One TPG reader was initially booked from Seattle to Shanghai in Premium Select, and was automatically rebooked on a flight that lacked that cabin. In turn, he was reassigned to Comfort+ — a seat much less costly/roomy than what he initially paid for. He was able to call Delta and request a less direct routing, connecting from Seattle to Los Angeles and sitting in Premium Select from LAX to Shanghai on an Airbus A350.

To be clear, an equipment swap on its own is not enough to justify a fee-free change per Delta's contract of carriage. But, given the special circumstance of an inaugural flight on a brand-new aircraft type, the airline is doing its best to do right by fans who have excitedly purchased tickets to fly early on the A339.

The A330-900neo will be the first Delta aircraft to feature memory-foam cushions throughout the aircraft, and the first Delta wide-body aircraft featuring its new wireless inflight entertainment system atevery seat. Gogo’s 2Ku satellite-based WiFi will also be installed to keep passengers connected for their jaunt over the ocean.

The airline has a sizable order for 35 and plans to use them on many of the long-haul routes where it currently flies the smaller Boeing 767-300ER, which will be phased out of the fleet. The 900neo is the latest model of the successful Airbus A330 family — it’s the same size as the A330-300 Delta already flies, but with new, quieter engines that burn less fuel, plus some aerodynamic refinements. As a consequence, the 900neo flies farther, up to 8,300 miles nonstop according to Airbus figures.

The A339 is the second all-new Airbus aircraft to launch with Delta this year, and it's also the second to see its inaugural flight delayed. The Airbus A220, which we reviewed in both first class and Comfort+, was initially slated to fly from January 31, 2019. However, a partial US government shutdown forced Delta to push that date to Feb. 7, 2019. Delta worked to reaccommodate passengers who had specifically booked to fly on the A220 rather than forcing them to pay change fees and fare differences, and it's doing likewise for the A339 launch.

I'll be aboard the inaugural A339 flight, so expect a comprehensive review of the new aircraft in mid-July.

Related stories
Chasing elite status on Alaska Airlines? A flight to California this fall could help
Flights to Auckland starting under $700 round-trip
The ultimate guide to earning elite status with United cards
American Airlines forgot it had landing slots at JFK. Then it lost some of them
Featured image by Delta's A330-900neo will soon serve Asia from Seattle (Photo courtesy of Airbus)