Searching for a unicorn: My dream trip to New Zealand on points and miles 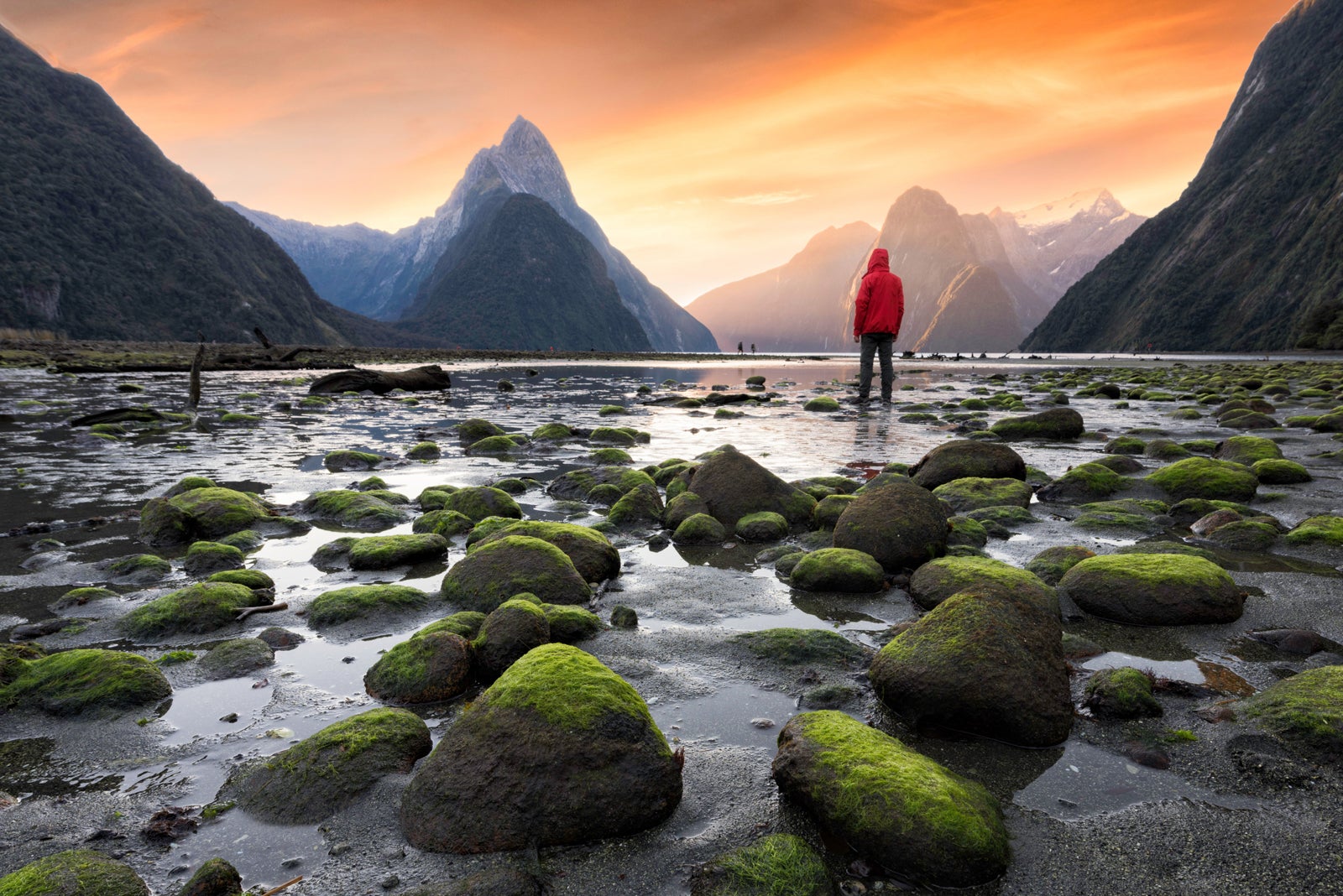 Editor’s note: The team at The Points Guy loves to travel, but now is not the time for unnecessary trips. Health officials say the fastest way to return to normalcy is to stop coming in contact with others. That includes ceasing travel. We are publishing travel guides because we should all use this time to think about and plan our next adventures. TPG doesn’t advise booking travel until later this year — and even then, be mindful of cancellation policies.

Life happens fast. One minute, you're calculating the cost of two round-trip business-class flights to New Zealand, and the next you're quarantining at home, calculating how long your toilet paper supply is going to last.

Before the coronavirus swept across the world and brought travel nearly to a halt, I was in the middle of planning more than one bucket-list adventure. I was daydreaming about a birthday trip to Japan, and stocking up on Chase Ultimate Rewards points for a trip to New Zealand. Of course, neither of these trips have happened — and they probably won't happen anytime soon.

But I've found myself with a lot of extra downtime lately. And, like so many of my colleagues here at TPG, one of my favorite ways to fill these hours at home is planning future trips.

When it's safe to get out and explore the world again, New Zealand will stay at the top of the list.

When I started rooting around for business-class awards to New Zealand, my colleagues told me I was hunting for a unicorn. Challenge accepted, thank you very much. My original plan had been to fly to New Zealand on United metal in Polaris (business class) — but that was before United basically scrapped its award chart. Still, I decided my best strategy was to focus on growing my stash of Chase Ultimate Rewards points.

I already had a nice heap from my Chase Sapphire Preferred Card, and I was almost out from under Chase's 48-month Sapphire sign-up bonus restriction.

So, while I waited to downgrade my Preferred card and apply for the Chase Sapphire Reserve, I added the Ink Business Preferred Credit Card to my wallet — and pocketed an extra 80,000 Ultimate Rewards points from the sign-up bonus after meeting minimum spending requirements (offer no longer available). The card is currently offering a bonus of 100,000 points after spending $15,000 on purchases in the first three months of account opening.

My new plan is to fly on Air New Zealand's new nonstop flight from New York-Newark (EWR) to Auckland (AKL). Originally, it was scheduled to launch in October, but the airline recently announced that it is delaying the start date to at least 2021.

Though the herringbone-style cabin configuration isn't ideal on the airline's Boeing 787-9, I love the idea of flying the first-ever nonstop flight between New York and New Zealand. Sadly, business-class awards to New Zealand are even more rare than hand sanitizer these days. But, like I said, I have nothing but time — might as well spend it searching for mythical creatures.

In theory, when this route is available, I could snag a round-trip ticket for 180,000 United miles, which transfer from Chase at a 1:1 ratio, plus around $70 in taxes and fees — though finding a Business Saver Award for this flight online could definitely be a fairy tale.

During my most recent online award hunt, I spotted a flight in Polaris from Newark (EWR) to Tokyo (NRT) in business class for 80,000 United miles, followed by an economy-class flight from Japan to New Zealand. Close, but no cigar.

The most common price I'm seeing for United business-class flights to New Zealand is around 400,000 miles round-trip. Here's an example in December:

Because Air New Zealand is a Star Alliance member, I could also book flights through Aeroplan or Avianca LifeMiles (and probably at a slightly better rate than United), though these programs aren’t transfer partners of Chase Ultimate Rewards. If I wanted to go this route, I’d need to have enough points in either my American Express Membership Rewards or Citi ThankYou accounts, so I could transfer points into those programs.

I could also potentially use Turkish Airlines Miles & Smiles program to book flights on United or Air New Zealand for better rates, but I don't have enough points in Citi or Marriott to transfer into Turkish.

I also found some availability to Auckland via Los Angeles (LAX) on American Airlines in September, but it would require long layovers and additional stops with 40,000 miles in coach on the outbound and 80,000 miles on the return in business. And prices on American in November were much higher: 472,000 miles for round-trip flights to Auckland as a "web special."

Regular business-class tickets were a whopping 675,000 miles. Hello, dynamic pricing! (I don't even know if I'd spend that much on an actual, real-life unicorn.)

I feel like I could spend the rest of my life waiting to stay at the Park Hyatt Auckland (we've been anxiously awaiting its debut since at least 2018). The harborfront, 195-room hotel in the Wynward Quarter is almost guaranteed to be one of the top points properties in New Zealand when it finally welcomes guests. The World of Hyatt Category 5 property will be available from 20,000 points, or around $350, per night.

I'll also probably spend a significant number of my nights camping and taking advantage of the country's extensive system of well-maintained backcountry huts.

But New Zealand is also known for its stunning, remote lodges, including Blanket Bay.

You'll earn 5x points on a prepaid reservation when booking directly through Amex Fine Hotels & Resorts (a good way to maximize the not-inexpensive rate, which starts around $1,200 during peak season). You'll also get exclusive perks like daily breakfast for two, a room upgrade upon arrival (based on availability), and a property credit, among other benefits.

This is a dream trip, after all, so I've also been looking at The Lindis, an architecturally stunning luxury lodge on the South Island that signaled a new, even more luxurious turn for tourism in New Zealand when it opened in 2018.

I can't really think of a better way to end a multi-day backpacking trip than with a night or two in one of the property's pods. These mirrored-glass cubes emerge from the Ahuriri Valley and have outdoor seating areas with private soaking tubs. Go ahead, ask me how much I love a hotel bathtub. Rates for these accommodations start around $1,200 (or $2,000 New Zealand dollars). Before you break into a cold sweat, keep in mind that daily breakfast, a multi-course dinner, minibar, pre-dinner drinks and appetizers, and self-guided activities are included in the price.

I've been itching to plan another backpacking trip since my boyfriend and I did a four-day circuit in a remote corner of central Chilean Patagonia. And there are few places on Earth that seem better suited for backpackers than New Zealand.

The lunar-like volcanic North Island is a great place to start, especially since I plan to fly into Auckland. New Zealand's oldest national park, Tongariro, is a must-see for any hiking enthusiast headed to New Zealand. There's also a stunning two- to three-day hike in Egmont National Park.

If I'm going to really take my time exploring New Zealand, I may hop aboard the Northern Explorer for a more extensive introduction to the North Island. This train winds along one of the most scenic rail routes on Earth. I could catch the train in Auckland and take it south to the capital city, Wellington, passing through such key attractions as Tongariro and Waitomo.

But some of the best backpacking and rock climbing is on the South Island, where you'll find cinematic landscapes from some of the most visually striking blockbusters of the decade, such as "A Wrinkle in Time" and "The Hobbit."

At the top of my list are New Zealand's incredible Fiordland National Park and climbing the Southern Alps in Mount Aspiring National Park. Here, trekkers are rewarded with turquoise-colored lakes and vast glaciers -- the kind of scenery I've been craving since my trip to Patagonia. It's also driving distance from Blanket Bay.

Far from the city, I'd also want to make time to see the imposing skies of the Aoraki Mackenzie International Dark Sky Reserve, which is considered one of the planet's most incredible destinations for stargazing.