A Beginner's Guide to Chilean Patagonia 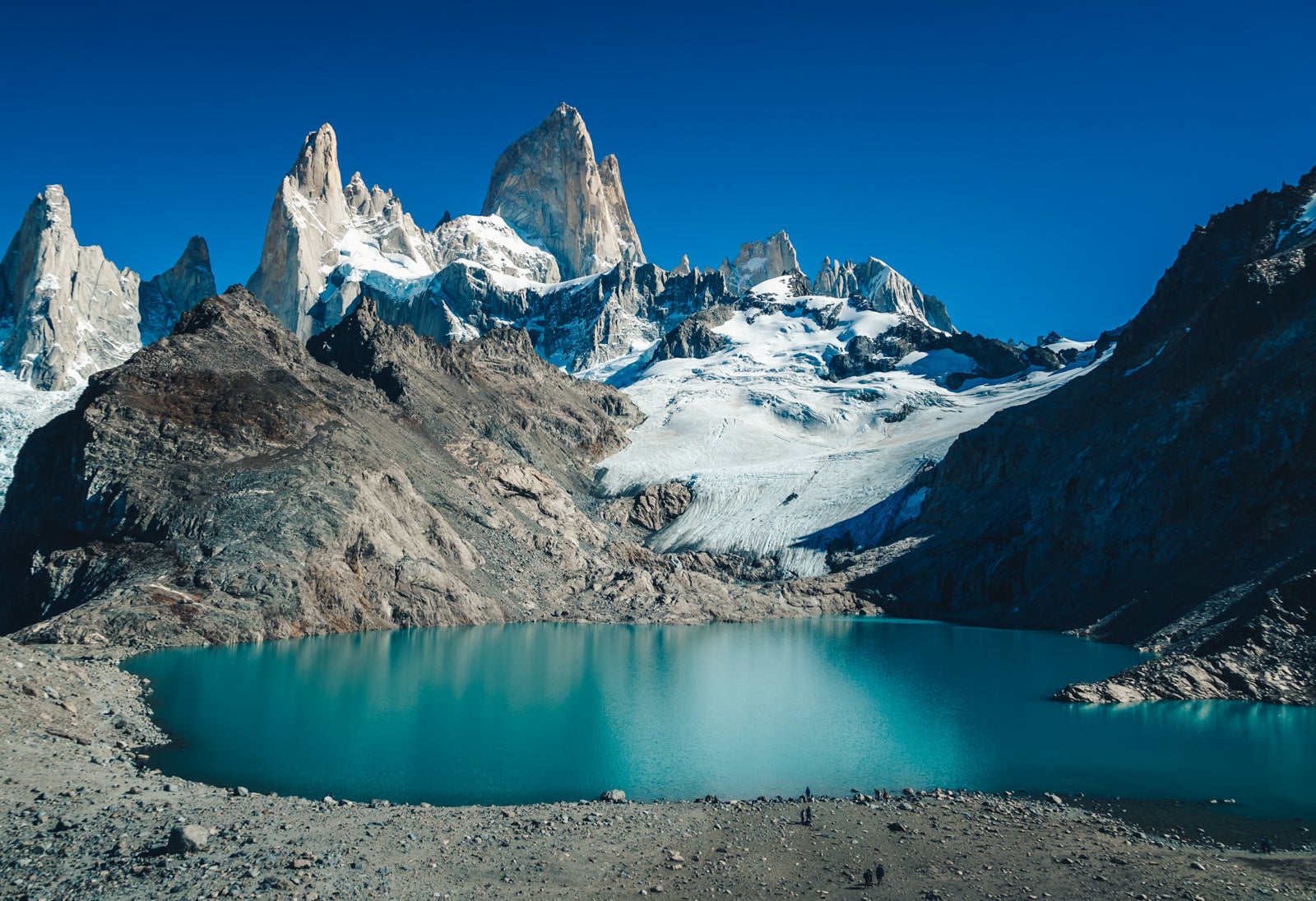 A vast region spanning 402,000 square miles that’s shared between Argentina and Chile, Patagonia essentially constitutes the whole southern tip of South America and is naturally divided by the Andes, South America’s mountainous backbone. Sparsely populated, just 10% of this remote and wild corner of the world is Chilean.

Three regions — Aysén, Magallanes and Chilean Antarctica, and Los Lagos plus the province of Palena — make up Chilean Patagonia, which attracts visitors for its exciting outdoor activities and seasonal wildlife spotting. Itching to plan a trip? Here's a primer on when and where to find the best hiking and wildlife sightings in Chilean Patagonia.

When to Go to Chilean Patagonia

Summer (January to March) and winter (June to August) are peak seasons. Chileans vacation in January and July as well as for the week of September 18, when they celebrate Fiestas Patrias (Independence Day).

Given that the most southerly point of Chilean Patagonia is just 900 miles from Antarctica, expect the unexpected on the weather front. While single-digit temperatures year-round are the norm in Punta Arenas — where you can experience snow and sun in an hour — the Chiloé archipelago in northern Patagonia enjoys a sunny summer with average 68 degree days, though it’s very rainy June through August. Note: always be prepared with extra layers.

Depending on how much hiking you want to do, you should plan to spend between a week and ten days exploring Chilean Patagonia. Some hikes just around Torres del Paine can be three or five days, so it depends on the traveler and their desire for outdoor sports and activities.

There are accommodations to suit all budgets, from well-equipped log cabins to luxury lodges like the Singular, Rio Serrano and Awasi Patagonia, a member of Relais & Châteaux comprising a main lodge, a gourmet restaurant and a series of villas.

The Difference Between Chilean and Argentinian Patagonia

Where craggy beaches and inlets mainly make up Argentinian Patagonia’s coastline, in Chile the Andes sink dramatically into the Pacific Ocean to create a unique geography formed by an extensive array of archipelagos, channels, and fjörds.

Stunning landscapes and native wildlife abound in this wilderness, and highlights worth exploring include Torres del Paine and Bernardo O’Higgins National Parks; the Chiloé archipelago, which is known for 150 wooden 18th-century Jesuit churches and timber houses; and the soon-to-be inaugurated Patagonia National Park. The region certainly packs a punch into its 40,200 square miles, and given that it's smaller than its neighbor, it's easy to cover more ground.

You an also expect great infrastructure in Chile. There are comfortable and frequent long distance buses and good roads for driving and renting a car.

Fly from Santiago to Balmaceda; it’s a six- to eight-hour drive to the national park depending on road conditions. Visitors can stay at campgrounds or at the lodge within the park. Top summer temperatures are 57 degrees while average winter temperatures are 41 degrees.

What to Do in the Chiloé Archipelago

This Pacific archipelago is one of the most picturesque in South America thanks to both its natural structures and manmade architecture. Originally inhabited by Huilliche and Chono indigenous peoples, the island of Chiloé’s main attraction is 150 timber-constructed churches and chapels built by Jesuits in the 18th and 19th centuries. It's also worth visiting the main town of Castro to see the palafitos, houses on stilts whose primary-color façades are particularly striking. Sixteen are UNESCO World Heritage sites; 14 churches are found on Isla Grande de Chiloé itself, including San Francisco, Achao and Chonchi. Also visit the Museo Regional in Castro to see Huilliche artifacts and farming tools.

Visitors can hike the pristine, evergreen, hilly forest at Chiloé National Park, where native flora and fauna such as penguins, marine otters and sea lions live together. There are several senderos (pathways) to walk such as La Playa, which takes you along the craggy Pacific coastline, and Chanquín, a 20-mile trail that mixes up coastline and forest.

Fly to Puerto Montt from Santiago then take a 35-minute ferry to Chacao on Isla Grande. The best weather is between October and April, though dry January makes it the busiest month for visitors.

What to Do in Torres del Paine National Park

Mountaineers and trekkers looking to conquer legendary peaks are in their element at Torres del Paine National Park. Located 70 miles from Puerto Natales, the park is home to the Southern Ice Fields’ glaciers and icebergs; Mylodon Cave, where the remains of prehistoric Man was discovered; turquoise lakes such as Amarga Lagoon and Sarmiento Lake; as well as the daunting trio of granite peaks: the Central, South and North Towers of Paine. The most majestic mountain, Paine Grande, reaches a lofty 9,461 feet.

A UNESCO Biosphere Reserve and eighth wonder of the world since 2013, this protected area is also home to guanaco, fox, the elusive puma and the splendid Andean condor with its impressive three-meter wingspan. And due to its popularity, the Base Torres trail is due to be repaired soon. Visitors can organize excursions with in-the-know operators such as Chile Nativo and Cerro Paine.

Fly to Punta Arenas; Puerto Natales is a three-hour drive north, the park an additional 90 minutes. While visitors can book into one of 16 shelters, lodges and campsites located within the park, many head back to nearby Puerto Natales, a sheep ranch turned gateway town, for a more comfortable stay at the Singular, a former meatpacker turned luxury hotel. The park is open year-round: Low season is May to September, though trekking and walking is recommended in high season. While summer temperatures can reach 68 degrees, the omnipresent wind ensures an extra chill factor, and often reaches 70 mph.

What to Do in Punta Arenas

Located on the Strait of Magellan, this city sprang to life in 1843 thanks to the regional sheep farming boom, and is usually seen as a jump-off point for four-night small-ship Cape Horn expeditions, Antarctic missions and a way into Port Stanley in the Falkland Islands.

This wealthy settlement is worth spending some time in thanks to its proximity to the penguin sanctuary at Isla Magdalena and the Reserva Forestal Magallanes, which harbors native plant species such as coigüe and lenga trees and is ideal for hiking and spotting wildlife such as puma and grey fox. More than 120,000 Magellanic penguins flock to Isla Magdalena — a two-hour boat ride away — every October to acquaint themselves with their soulmate, before heading back out to sea in March.