Articles
Kaeli Conforti is a digital nomad and has been backpacking solo around Southeast Asia, Australia and New Zealand since January 2018. She loves inspiring others to travel the world and create their own adventures.
Follow
Dec. 23, 2018
•
7 min read 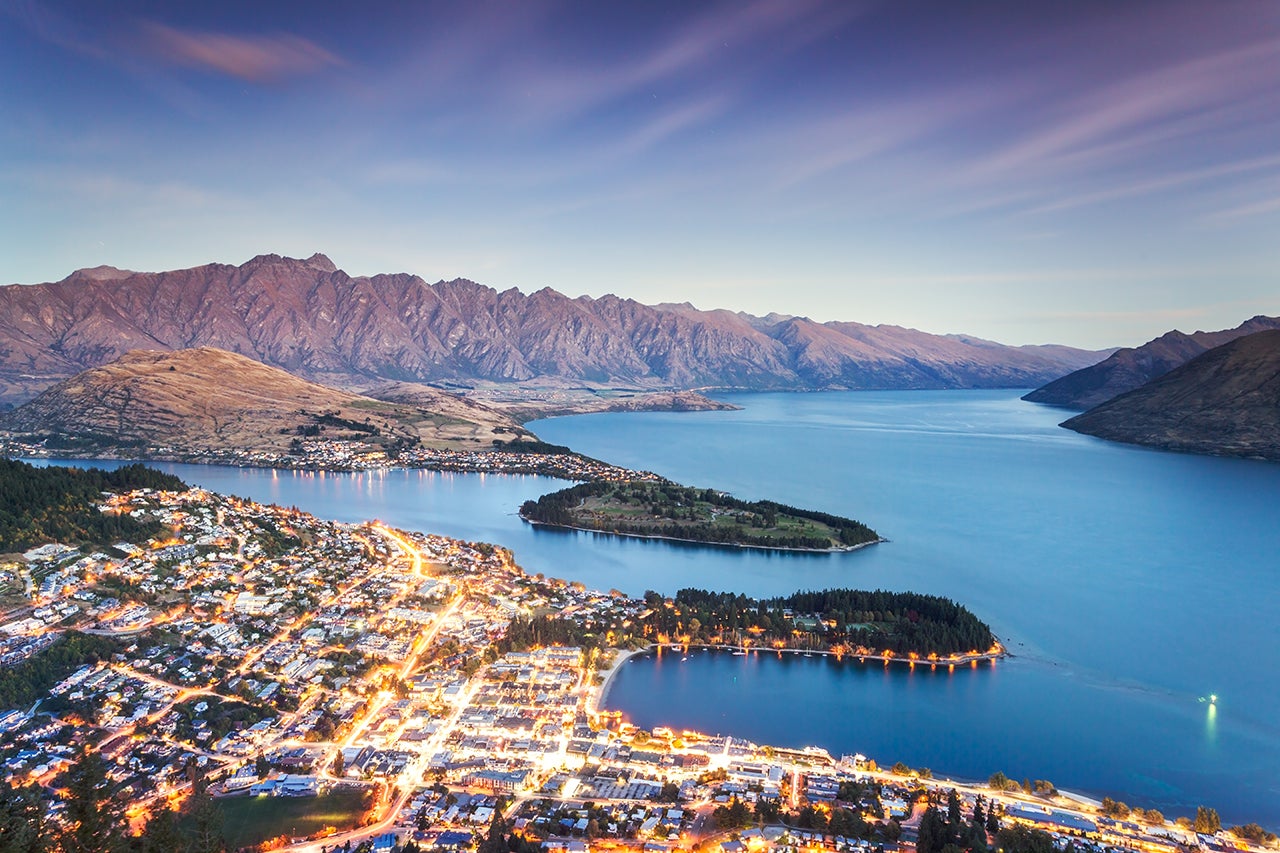 New Zealand: two words that almost automatically conjure up images of Lord of the Rings or The Hobbit, beautiful natural scenes from the Milford Sound or the vast cityscapes of Auckland and Wellington on the North Island or Queenstown and Christchurch on the South Island. No matter where you go in this country, you're bound to find incredible views and plenty of hikes, walks, bike paths, great food and cultural experiences to keep you busy. There's truly something for everyone here.

We recently asked our TPG Lounge readers to share their best tips and go-to ways for traveling to New Zealand with points and miles. Here’s a look at some of our favorite answers. (Some responses have been lightly edited for style and clarity).

By far, the most popular choice by our TPG Lounge members when it comes to flying to New Zealand from the US on points and miles was United Airlines, with many praising its Polaris long-haul experience.

"I booked Sydney and Auckland for 160,000 United miles with United business saver tickets and the Excursionist Perk! I’m going in June." — Matt K.

"I've got flights booked for January. Booked economy and used miles to upgrade. Round-trip business-class fares were more than $8,000 then." — Steven S.

"United just opened San Francisco (SFO) to Auckland (AKL), with saver awards wide open in both cabins so we booked some for March. I have seen other dates open this fall and other months in the spring and it seems like they are trying to fill the new route. I found 80,000 mileage awards when we booked several months ago but the low economy fares (normally about $1,000 round-trip) and the ability to use all of my GPUs was too good to pass up." — Corey B.

"Booked Air New Zealand (AKL–SFO–EWR) for 80,000 United miles in the dead of their winter in business class via United MileagePlus." — Adrienne A.

"We booked ours last month with Chase Ultimate Rewards points. United flights were 40,000 miles for economy and 80,000 miles for business. We booked cattle class and just paid about $300 to upgrade to economy plus. On the flight home we did Polaris." — Ben T.

"Just came back from New Zealand and Fiji, during which we flew in United Polaris to Auckland. Did not find suitable awards but bought tickets at $1,280 and utilized GPU to upgrade." — Mohan P.

"I just booked my honeymoon from San Antonio (SAT) to Houston (IAH) to Sydney (SYD) to Queenstown (ZQN) with United Polaris, ZQN to Rotorua (ROT) in economy, and AKL–SYD–LAX–SAT in United Polaris for 160,000 points each with about $150 cash so we could have a long layover in Sydney. We’ll be going in May 2019." — Leticia V.

"Just returned. Paid one way and used points for first class ticket home. Well worth it. Used the Polaris Lounge in San Francisco for food, rest and a shower." — Kathy L.

Flying Through Fiji and Australia

A few of our TPG Lounge members mentioned how flying through another country — like Fiji, Australia or Japan — managed to save them money on a points-and-miles trip to New Zealand. Because sometimes you just have to think outside the box.

"Fiji Airways has the only consistent availability from the US. Book [a ticket] using Alaska miles. You might be able to do it with AAdvantage miles as well." — Alex B.

"Probably going to use Alaska miles via Fiji Airways for 55,000 round-trip in economy. It's not the best airline, but there are five of us so it helps stretch those miles. It’s 55,000 from Hawaii, but could be more from the mainland." — Brittani L.S.

"Just booked two business-class awards to Fiji on Fiji Airways and are going to hop to New Zealand after a few days from there!" — Rebecca O.

"I'm thinking of going to New Zealand in February and it's really tough to get award tickets. The best I've found is going through Tokyo. I'm thinking of flying in either ANA First for 90,000 LifeMiles or JAL First for 70,000 Alaska miles. After that is Tokyo to Auckland for 50,000 United miles in Air New Zealand business class." — Alex Z.

"Qantas. It's only a three-hour flight [from Sydney] and there's plenty of award availability." — Chris B.

"I recently used Alaska miles and was able to purchase a one-way ticket in first class for only 70,000! Flying from Los Angeles to Melbourne in first, then Melbourne to Auckland in business in April. Score!" — Brian T.

Some members of our TPG Lounge wrote in saying they'd been able to book epic New Zealand trips by redeeming miles on different airlines and at select hotel chains, like Hilton and Best Western.

"United and Air New Zealand for 80,000 miles round-trip in economy or with American and Qantas for 72,000 miles round-trip after a 10% award rebate with the Citi card. The Citi / AAdvantage Platinum Select World Elite Mastercard credits you with 10% of your award redemption miles a day or two after you redeem them. It happens automatically [up to 10,000 miles each year]. So, essentially, if you redeem 80,000 miles for a flight to New Zealand, they'll redeposit 10% of that — or 8,000 miles — back into your AAdvantage account." — Dorina M.

"We went there a couple years ago using miles and points. Used AAdvantage miles round-trip (I think it was 60,000 per person at the time) to fly from Atlanta (ATL) to Auckland via Charlotte (CLT) and Los Angeles, then used Air New Zealand to travel between the islands. There are not many chain hotels in New Zealand, especially on the South island, but we used Hilton and Best Western points for a bunch of award nights. The rest of our nights were through Airbnb and Booking.com, which we used our travel credit cards to get double points for. I only wish we could have stayed longer than the 3.5 weeks we were there! Absolutely beautiful country!" — Chris R.