Articles
Kaeli Conforti is a digital nomad and has been backpacking solo around Southeast Asia, Australia and New Zealand since January 2018. She loves inspiring others to travel the world and create their own adventures.
Follow
May 13, 2018
•
9 min read 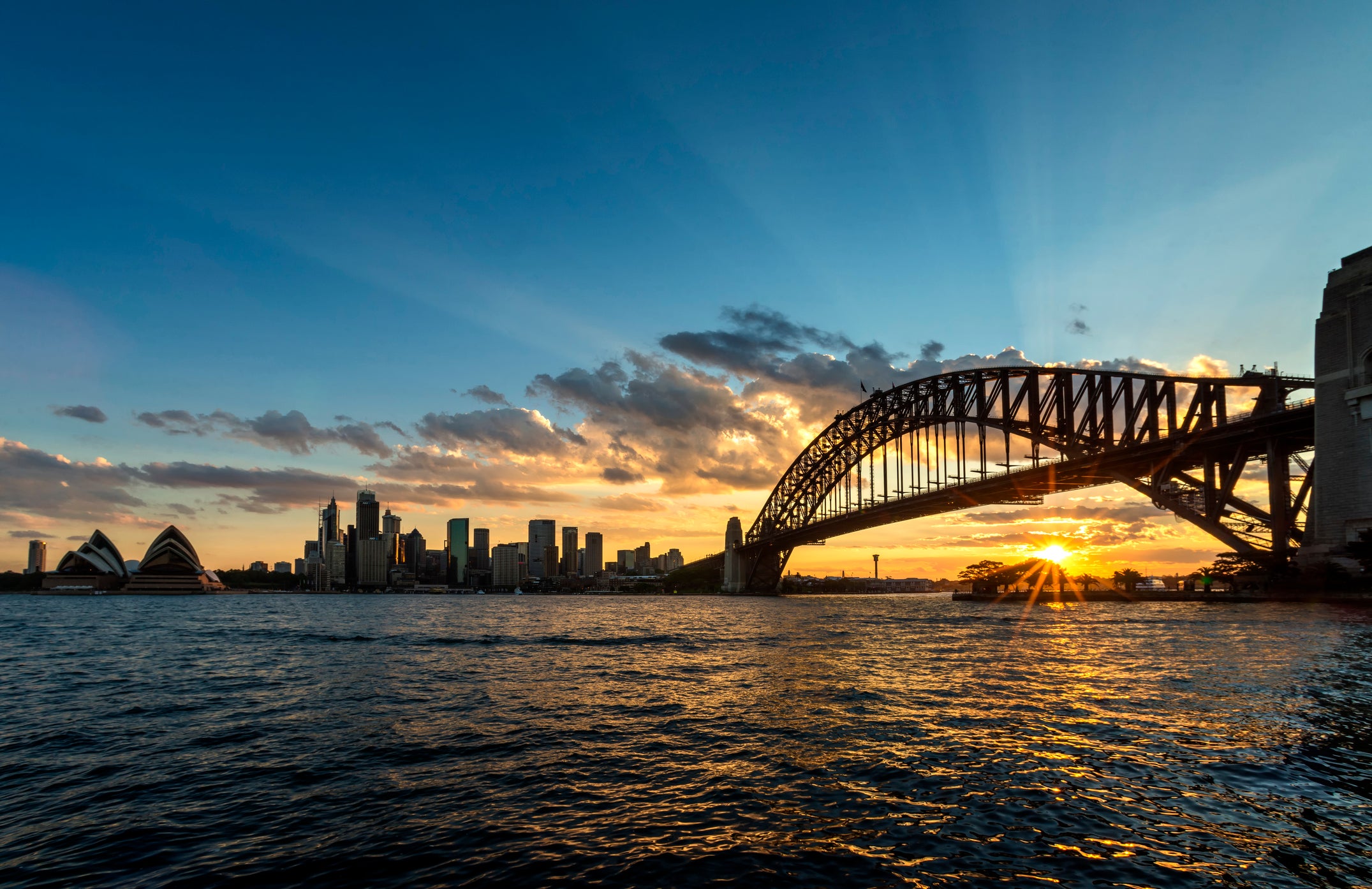 Australia has always been on my radar, regardless of whether I was planning a quick trip down under to visit friends or, eventually, the trip of a lifetime that would bring me to my current home in Darwin. Like any budget-minded backpacker, I chose to connect the dots of my epic journey with super-cheap last-minute economy flights, including a $350 round-trip mistake fare on JAL that I used to get from New York (JFK) to Singapore (SIN). But part of me still wishes I'd planned a more comfortable itinerary with points and miles.

With that in mind, we recently asked our TPG Lounge readers to share their best tips and go-to ways to fly to Australia on points and miles, and as usual, they had a lot to say. (Some responses have been lightly edited for style and clarity).

Get Creative With Your Itinerary

As some readers noted, there's not just one good way to fly between the US and Australia, but rather a multitude of points and miles options from a variety of cities.

"Just got back on Friday after 27 days in Australia and New Zealand. Did a circle trip in United Polaris business IAD-SFO-AKL-SYD-SFO-IAD [Washington DC-San Francisco-Auckland-Sydney-San Francisco-Washington DC] for 160,000 miles each thanks to the folks at TPG who helped me find it in January. [There were] lots of options for shoulder season and [after] we ran into website issues, United helped us book via phone." — Lorena C.

"I recently booked two in business class on Qantas using Alaska miles. Routing was SFO-SYD-CHC [Christchurch, New Zealand] with a three-day stopover in Sydney, while the return was WLG-MEL-SFO [Wellington-Melbourne-San Francisco]. You have to constantly check back and see if it opens up on the Alaska website. I originally booked business class on Fiji Airways using Alaska miles — angle flat seats were not ideal — then called and changed once the Qantas seats opened up. [It was] 110,000 miles round-trip per person. Honestly felt like I won the lottery!" — Ian G.

"That’s about what the AAdvantage agent said when I told him what I was trying to do — he called it the Holy Grail of redemptions — but I eventually managed to take our family of four in business to Australia and New Zealand over Christmas and New Year's on AA miles. Routing was DFW-HNL-BNE-AKL-CHC-SYD-LAX-DFW [Dallas-Honolulu-Brisbane-Auckland-Christchurch-Sydney-Los Angeles-Dallas]. Our older daughter joined us later in Sydney by using Delta Skymiles on Virgin Australia [to fly] in economy." — Debbie B.

"I’m sitting in the United Club in LA waiting for my flight to Sydney now. 80,000 United miles for business class, which included a first-class flight from Detroit to LA." — Oz N.

"United economy from Reno-Tahoe International Airpot (RNO) to Sydney for 40,000 miles. I’m waitlisted for a Business Saver upgrade, which will cost another 40,000 miles if it clears." — Sarah C.

"[There are] more business-class options out of Dallas as Qantas flies the A380 daily to Sydney. My parents upgraded from premium economy — it was 45,000 Qantas Points more for each of them. Business-class was 3/4 full." — Matthew H.

"The Qantas flight is always full and upgrade space is rare. I fly this route all the time as an Aussie living in America and the best way I have found is to bank Qantas Points, purchase upgradable economy flights and use the Points to upgrade. From the East Coast, it’s so much better to just take the long flight from DFW then to track all the way to LA. Plus, you can still work the day you fly out, which means less PTO." — Jake M.

Be Flexible and Ready for Last-Minute Travel

As with any good travel deal, you either have to book far in advance or take your chances with last-minute availability, which some readers say is the way to go.

"If it's fairly last-minute, as in less than 30 days, ANA generally has good business availability to Sydney from Vancouver. Air Canada also usually has availability in business to Brisbane last-minute as well." — Luke S.

"[I've flown] United through IAH [Houston] nonstop to Sydney. Got the flights for 80,000 miles each way in business class when the airline first announced the new flight. You have to watch for when they announce new flights and book quickly. They've raised Business Saver to 95,000 miles now as well." — Nate E.

"Booked the same thing [as above] for my Mom right after the IAH route opened. Had to page through quite a bit to find the 80,000-mile dates but she’s staying for three weeks." — Jennifer V.

Taking advantage of airline alliances and partnerships is another great way to make the most of those points and miles.

"I have managed a round-trip with my wife at least once a year in business on points. Several have been between November and February but lately I try to go in March, which is undoubtably a much nicer time to visit Australia. I almost always use Oneworld, mostly Qantas metal but sometimes AA, CX [Cathay Pacific] or JL [Japan Airlines]. My most recent trip was February 27 to March 31 with two people on Qantas J [business class] booked with AA miles." — Angus M.

"[I used] Avios [to fly from] ATL [Atlanta] to DFW on AA, then to SYD on Qantas. Chose to overnight in DFW. Economy was about 40,000 miles one-way and we're cruising back to USA. I got the Avios by opening a British Airways credit card." — Gail G.

Another option readers suggested was to fly through Asia instead of routing nonstop from Texas or the West Coast.

"Transfer Chase Ultimate Rewards points to Korean Air and fly more than 23 hours in first class from Washington, DC to Sydney via Incheon (ICN). Korean Air always has great first-class award availability. Personally, I think it's worth it unless you are pressed for time. It's 160,000 miles from North America to Australia/New Zealand and 120,000 miles back." — Chris C.

"I did the Chase UR transfer to Korean Air for my wife and I last year. Business class was 185,000 Skypass miles round-trip per person — we didn’t feel the bang for the buck on the added miles in first class. For a return from Cairns (CNS) consider the short hop to Brisbane (BNE) and look at a Vancouver (YVR) routing." — Wayne F.

"I got a Business Saver for 90,000 miles from Chicago (ORD) to Taiwan (TPE), Singapore (SIN) and finally, Adelaide (ADL). We had a long enough layover to explore Singapore Changi Airport and its gardens, the Flower Dome, Gardens by the Bay and enjoy some good food. It was like a mini-trip within a trip and my EVA Air flights were on the Hello Kitty planes. I've used fewer miles previously [to get] from ORD [Chicago] to Melbourne (MEL) via LAX but it wasn't nearly as fun." — Stephy M.

"Probably via Asia with United miles is the best bet. Asiana is pretty good with availability." — Cory S.

Mistake Fares for the Win

Of course, the most fun — and brag-worthy — way to score a ticket is when it's extremely on sale, often by mistake.

"I flew nonstop from LA to Sydney via Virgin Australia round-trip and paid $440. No points were used." — Jason F.

"I have flown round-trip in business class for $120 before if we want to get into it. It was about four years ago and I booked three round-trips at that rate. It was Virgin Australia $120 round-trip plus 0 points — it was a redemption mistake. I also lucked out and got a paid Y [economy] to J [business] upgrade for $150 or so per person on an AA coded QF [Qantas] flight from JFK-LAX-SYD once." — Angus M.