Articles
Nick Ewen is a director of content at TPG and was one of the site's first contributors in 2012. He’s visited 52 countries (and counting) and has taken his 7-year-old daughter to 24 of them.
Follow
May 26, 2021
•
8 min read 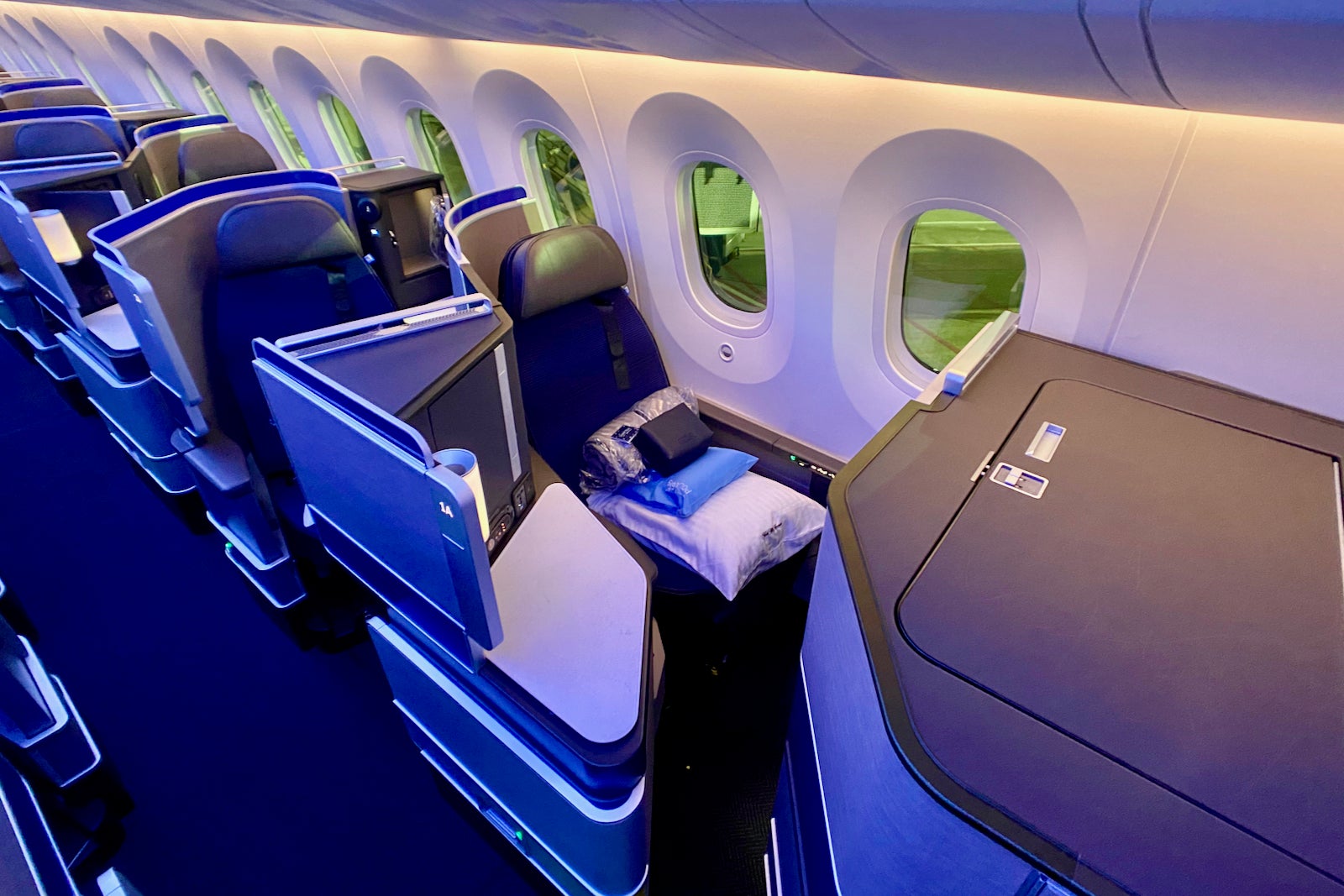 It's been a positive few months for the travel industry. With vaccination rates increasing across the U.S., domestic travel demand is surging — and international destinations like Abu Dhabi and Europe are looking at easing travel restrictions in the weeks ahead.

And yesterday, we got to sit down with an airline industry leader and get his thoughts on these trends — as well as his personal reflections from his time at the helm of a global carrier.

Joining me and TPG's Brian Kelly for our latest Return of Travel webinar was executive chairman and former United Airlines CEO Oscar Munoz. Our conversation covered a range of topics — from his history with United (and Continental, initially) to his response to the Dr. Dao incident and his view on change fees.

Read on for some of the most interesting takeaways from our session — and scroll to the end for a full recording of the session.

Oscar is the son of immigrants and a first-generation college graduate, and he took time to reflect on this background during our time. In fact, it wasn't until he finished high school that he took his first flight.

"That was my first time on a plane, in a taxi, in a hotel room," he said, adding that for underrepresented communities, the opportunities for future employment aren't always visible.

"My dad was a blue collar guy. He was a meat cutter ... and had there not been some intervention from some key people in my life, I would've graduated from high school and gone into a trade."

In fact, when his high school counselor — Mrs. Duckworth — asked him where he was thinking of going to college, he responded, "What's a college?"

Fortunately, she took the time to help him with applications, and he ultimately earned a B.S. from the University of Southern California and an M.B.A. from Pepperdine.

Reflections on his tenure at United

After previous stints with CSX, AT&T and Coca-Cola Enterprises, Oscar became CEO of United in September 2015, having previously served on the board of directors for Continental from 2004 to 2010 and then United after the two carriers merged. When he took over as CEO, the airline was still plagued by ongoing issues from the merger — and he immediately encountered this simmering discontent.

"I went on this listening tour, and boy, there was some very heated conversation," he said. "It did really hit me at home, because I didn't realize that the divide wasn't just the negotiation — let's say between unions. It was visceral, it was personal."

And with such an atmosphere, it would take time and diligence to address.

"There's no magic sauce ... you go listen, and you learn. And then you go back and listen and learn some more, and then — only then — do you move forward."

Of course, this work was temporarily interrupted by a 2015 heart attack that ultimately led to a heart transplant — and we asked about his health during the webinar. He confirmed that he's doing great now, and that during the episode, he never — "not for an iota" — considered backing away from his CEO duties (despite being just 37 days in when the heart attack occurred).

So what was he thinking about during his recovery?

"What drove and motivated me the entire time was the unbelievable outpouring of affection from people I did not know," Oscar said. "Knowing that the people sending these letters were the United family and were just looking for a guiding factor ... we needed a North Star."

And the North Star, of course, goes by another name that should be familiar to United travelers: Polaris.

The implementation of Polaris

United officially unveiled its premium-class Polaris product back in March 2016 — and more than five years later, it's still not fully-available across its long-haul fleet. So what did Oscar learn from this implementation?

"Things cost money," he said, and "things age quickly." But at the end of the day, he wanted to bring a product to customers that the United team could be proud of — and they had to get it right.

"It was expensive, and it was time-consuming (rightly so), and it required a lot of touch points with actual customers to make sure that the people that truly fly all the time ... dig the product."

And while there were some early growing pains, United's retrofit of its widebody fleet is ongoing – and making some notable progress. As of last December, all of the carrier's 777-200 used on long-haul routes have been updated with the Polaris product. Work continues with updating United's 787-8 and -9 Dreamliners, but the airline is aiming to wrap those in 2020 (based on last fall's webinar with Patrick Quayle, VP of international network and planning).

Naturally, we had to address one of the most infamous incidents from Oscar's tenure as CEO — the forcible removal of Dr. David Dao from a United Express flight in April 2017 to make room for commuting employees. Brian owned up to his own mistake in covering the incident, and Oscar highlighted the shortcomings of his own, initial reaction to the situation.

"[My] initial response (frankly) sucked," he said. "I screwed it up ... we let policies and procedures get in the way of doing the right thing for another human being." He went on Good Morning America to offer a new perspective a couple of days later, and the incident ultimately led to change.

"We put 10 things in 30 days we're going to immediately go after and do, and so it allowed us to really regain our footing ... it's hard for the media to come after you when you've said a thousand times, 'You're right, my fault. I own it. Here's what we're doing about it.'"

One of the most notable, customer-friendly changes in the industry during the pandemic involved the sudden removal of change fees by U.S. airlines — and United led the way in this shift. And over the last few months, as travel demand has skyrocketed, we've consistently heard the same question from readers and reporters: "Are airlines going to add these back as travel recovers?"

I took the opportunity to ask Oscar about this. While he's not as involved in the day-to-day operations of United as he was during his CEO tenure, he still was able to offer his take on this trend.

"It's hard to forecast," he said, but "from United's perspective, it was a strategic and tactical and customer-friendly and employee-friendly [move] ... and from our perspective — not that I can speak freely about this — I don't think you'll see United leading with that again. I think this is a change (among others) that is permanent in nature."

Want to see more of what we discussed with Oscar? Check out the full recording right here: