Articles
Nick Ewen is a director of content at TPG and was one of the site's first contributors in 2012. He’s visited 52 countries (and counting) and has taken his 7-year-old daughter to 24 of them.
Follow
April 21, 2021
•
10 min read 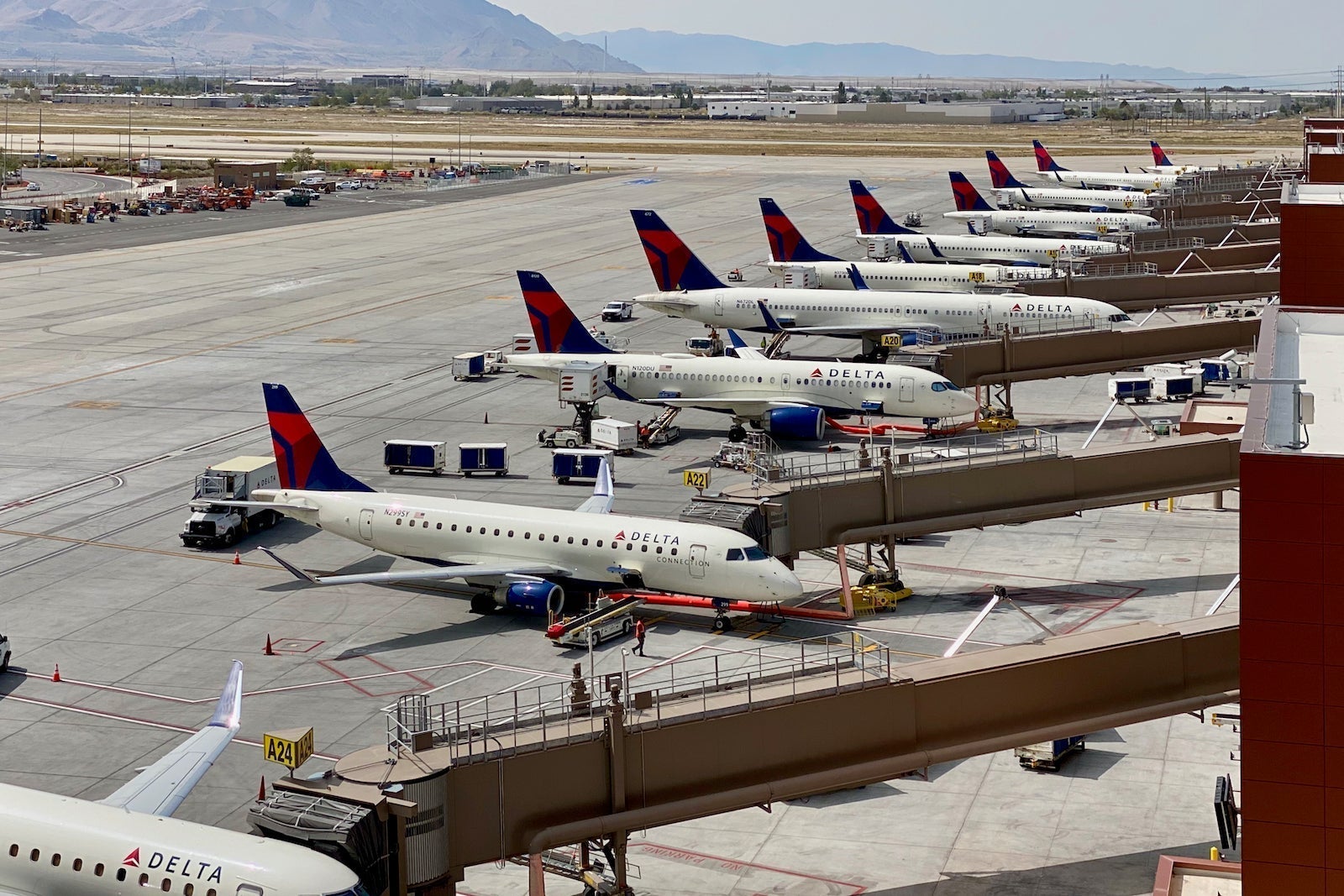 And on our most recent Return of Travel webinar, we had a chance to hear about travel's recovery directly from one of the most influential leaders in the industry.

TPG's founder and CEO Brian Kelly sat down for an hour-long conversation with Delta Air Lines CEO Ed Bastian, and the two covered a range of topics — from technology to business travel to ongoing social issues.

Here are some of the key takeaways — but scroll to the end for a full recording of the webinar.

Mask-wearing will (eventually) be phased out

It's a continued requirement for travelers in the U.S. to wear masks on planes, but Brian took the opportunity to ask Ed about a full "return to normal" — where these would no longer be mandatory. And Ed does see that on the horizon, with some caveats.

"I think we will" return to normal, Ed indicated, though "some people may choose to wear masks because I think you're going to see some knock-on effects" — pointing to the incredibly low numbers of flu cases over the past several months.

"I don't think we'll ever be maskless ... but once the virus gets to a point where we consider it to be under containment" — which doctors have told him is in the neighborhood of 10 or fewer cases per 100,000 Americans — he does see the requirement being removed.

Related: Do your kids have to wear face masks on the plane?

While Delta has invested heavily in leisure routes over the last several months, one important segment of travelers that'll play an outsized role in the industry's recovery is business travelers. Ed has previously taken a bullish stance on these individuals taking back to the skies, and he reiterated that during the webinar.

"I think [consultants] will be back on the road Monday through Thursday," he said. "I don't think we're going to be 100% back within the next year, but I'd be surprised if you're not back this time next year to at least two-thirds of the level of business travel."

He went on to highlight the key reasons for this optimism — including the need to be with customers and suppliers.

"There are so many people that have been disconnected, and these video technologies are just not adequate to replace the in-person connection ... you can only do this video linkage for so long, and it gets really tiresome."

That said, he did indicate that the returning demand will be there, but it may look a bit different.

"There's also going to be new forms [of business travel]," he said. "There will be people living in different parts of the country, maybe working remotely but still having to travel back to their main source of business ... the opportunities are going to be significant for us as we go; we just have to be open and flexible to be able to manage and support them."

Related: What a year it’s been — How travel is changing as we hit the road again

Ed acknowledged that Delta had been the slowest to bring back in-flight food and drinks, and he said (bluntly) it was all about safety. The airline didn't want customers to remove their masks for extended periods of time, so it "erred on the side of caution" in restoring these services.

That is on the verge of changing.

"We're going to be upgrading the snack offerings this spring on all of our flights," Ed said. "We'll get rid of those boxes that are driving everyone crazy ... and hot food [will come back], starting with the transcons in June." Delta has also signed up a number of new caterers that will bring "a lot of new innovation" to the carrier's menus, so customers should be on the lookout for not just increased quality but improved efficiency as well.

He also pointed out that all Sky Clubs in the system will be reopened by June — a nice development for those planning summer trips.

Another big topic of conversation was in-flight Wi-Fi. In early 2019, Ed shared the goal of offering free (and fast) Wi-Fi on all its flights — and the airline is continuing to take steps in that direction.

"We need to get Wi-Fi that works, Wi-Fi that is fully capable and Wi-Fi that's also free," he reiterated on the webinar, pointing out that Delta switched providers during the pandemic (from Gogo to Viasat). He also flagged that Delta had just finished retrofitting its first Viasat-enabled plane that'll take to the skies at the beginning of May.

So when will the full roll out take place?

Not for some time, according to Ed.

"It won't be free quite yet, because we don't want to set a discrepancy in the eyes of our customers, but we want to get to critical scale and then turn the entire system on. Within the next 24 months, you probably could expect us getting to that point."

Read more: How to save on inflight Wi-Fi for your next trip

There are a lot of other improvements coming

While we've seen a huge drop in travel demand and activity related to the pandemic, one silver lining is that it freed up airlines from making infrastructure improvements. Delta has made several of these over the last year — including the new terminal and Sky Club in Salt Lake City (SLC) — and there are more along the way.

"We're going to be opening up, next year, the brand-new Los Angeles (LAX) terminal," Ed noted. "Hopefully it'll be ready by summer of 2022, and it's going to be the full experience, with a beautiful and probably largest, nicest Sky Club in the system — where you'll be able to sit outdoors and see the ocean as well as the Hollywood Hills."

He also mentioned continued investments in Seattle (SEA), with a new international facility slated for next year, and he was proud to note that they've "shaved at least two years off the timeline to get the new New York-LaGuardia (LGA) operation" finished.

"Over the next 2-3 years, we will have brand-new facilities in all of our major markets that we're really, really proud of."

Related: You’re not dreaming: What it really looks like inside LaGuardia Airport now

One silver lining of the pandemic was the slew of announcements that removed change fees — which began in late-August 2020. Delta was quick to adopt these consumer-friendly updates, but will they be sticking around after the pandemic is fully in the rear-view mirror?

Absolutely, according to Ed.

"They are absolutely here to stay, and you can hold me accountable for that." He went on to say that "any revenue source that has a punitive characteristic to it is not a stable and durable revenue stream for your business," noting that customers can now book trips far in advance with even more confidence.

"I think it's inspired people to get more engaged with us than ever before, so we're not planning to make it up in any other place. I think it's just going to build greater brand loyalty and confidence in travel, which is going to help our top line on its own merits."

Ed flies Delta all the time — often in economy

One of our final questions to Ed involved his personal travel habits, after he mentioned that he has flown just about every week for the last year. What is his experience flying the airline he leads? Is he able to stay incognito, or is that impossible?

"It's pretty hard when you're on the video screen," he quipped, but he pointed out that during the majority of his Delta flights, he's in coach.

"You want to save those first-class seats for the customers that deserve to be sitting up front, and so I get the seat I deserve for the price I pay, which is zero."

Of course, the above list is just the tip of the iceberg, as Ed and Brian covered many other topics during the webinar. You can view the recording right here — and a set of timestamps from the session is available below.