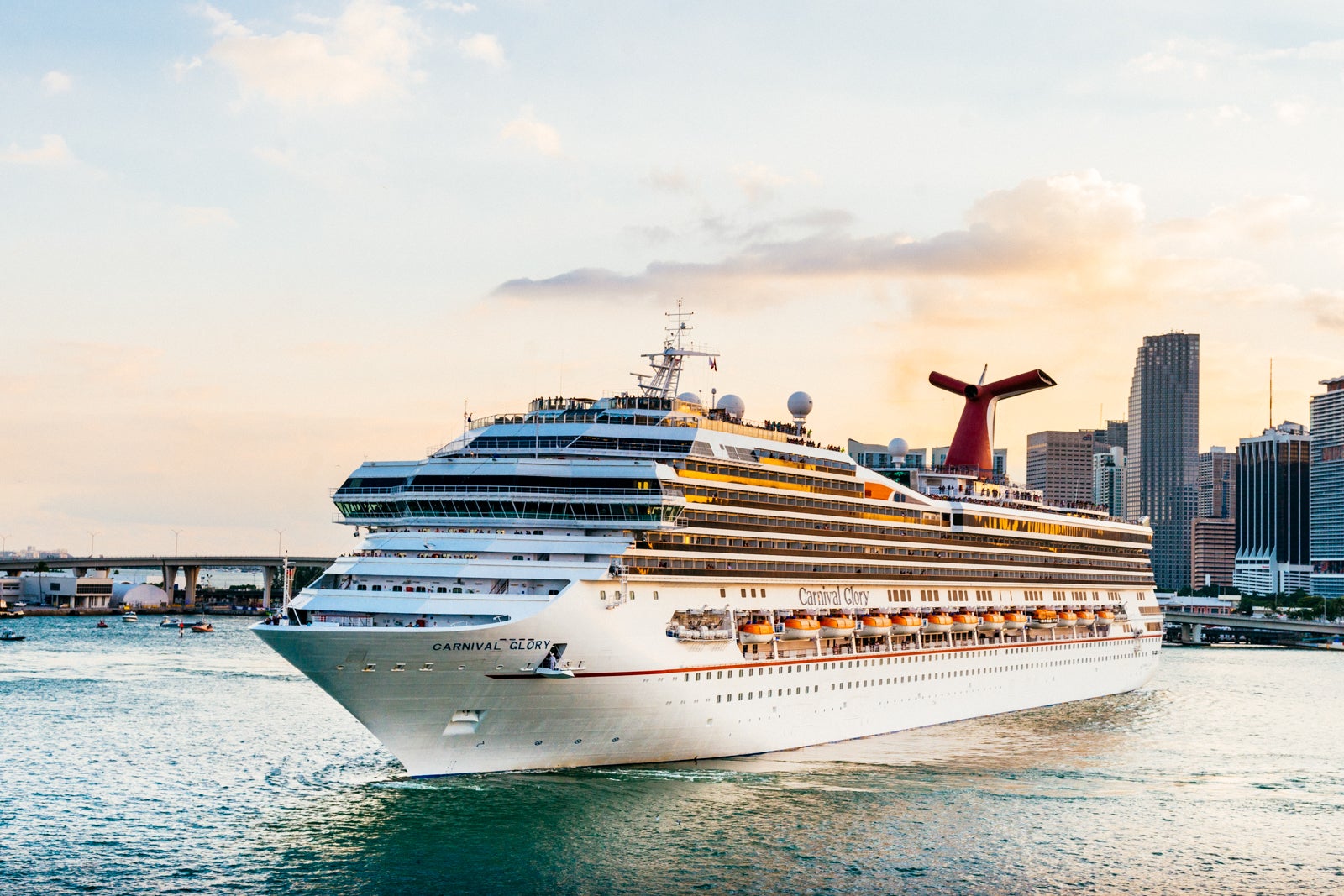 The long-awaited comeback of cruising finally is here in earnest. In just the last few weeks, cruises finally have restarted in the Caribbean — the world's most popular cruise destination. And the number of ships restarting in other parts of the world — from Europe to Asia — has been quickly ramping up, too.

It's the denouement of a 16-month-long drama brought on by the COVID-19 pandemic that saw nearly the entire cruise industry shut down for more than a year — and, we thought, the perfect time to catch up with one of the leaders of the cruise world: Carnival Cruise Line president Christine Duffy.

On Monday, TPG sat down with Duffy for a live, hour-long discussion of everything you want to know about the return of cruising.

The conversation, led by TPG's founder and CEO Brian Kelly, was just the latest in our Return of Travel webinar series and covered everything from what cruisers should expect on upcoming Carnival sailings to the excitement over the line's new Mardi Gras — a cruise ship so big it has room for the first roller coaster at sea.

Duffy, who also is the newly-installed chair of the U.S. Travel Association, talked about the comeback of the broader world of travel in general, too.

Read on for some of the most interesting takeaways from our session — and scroll to the end for a full recording of the session.

Our conversation with Duffy took place just a week after Carnival restarted cruises for the first time in 16 months with sailings out of Galveston, Texas, and Miami — a moment that Duffy called moving both for passengers and crew.

"I don't know who was happier," she said of passengers and crew assembled for a ceremony at the Port of Galveston on July 3 as the line's 3,934-passenger Carnival Vista prepared to depart on a Caribbean voyage for the first time since March of 2020. "It was very emotional."

At a ceremony at PortMiami on July 4 for the first sailing of the 3,960-passenger Carnival Horizon, "we had people chanting in the terminal before they got on the ship — 'we are back, we are back,'" Duffy recalled. "It was the Fourth of July, so it was a big celebration, of maybe not only the country's independence but also our ability to finally be free to cruise again."

Duffy attended both events and also sailed on the first sailing of Carnival Horizon, which just ended on Saturday.

Kelly and Duffy spoke at length about new health protocols that Carnival has implemented on ships, many of which only apply to cruisers not yet vaccinated for COVID-19.

Duffy noted that, in keeping with U.S. Centers for Disease Control and Prevention (CDC) guidelines, unvaccinated cruisers must undergo multiple COVID-19 tests before and during voyages at their own expense and also take out travel insurance that covers them in case they get sick.

"There are also requirements (for unvaccinated travelers) which vary based on what destinations and where we call with the ship," she noted. "And in some cases, everyone, including those that are vaccinated, have to abide by the (additional) rules for that country."

Duffy noted that all cruisers visiting the Dominican Republic, where Carnival Horizon called last week, are required to wear a mask, for instance — a rule that TPG saw in place in recent weeks in the popular Caribbean port of Cozumel, Mexico, too. And the rules for different destinations keep changing.

"It is complicated, because it is fluid," Duffy acknowledged. "Lots of things are changing as more people have been vaccinated. At the same time, with the (new COVID-19) Delta variant, you know, we take some steps forward and then we take some steps back."

Duffy said the company was encouraging everyone to get a vaccine.

"That's actually the easiest way to not only cruise but to travel in general," she said.

For those who are vaccinated, the cruise experience on the Carnival ships restarting service isn't all that much different than what it was before the pandemic began, with the exception of the unique requirements imposed by specific ports, Duffy said.

"There was no physical distancing," she noted of her cruise last week on Carnival Horizon. "The entertainment, all of the specialty dining, casino — everything was ... remarkably normal."

The process of maintaining ships during a shutdown

Keeping an ocean-going vessel shipshape while it's not in service isn't as easy as maintaining an airplane, Duffy noted.

"Whereas airlines typically can park planes in the desert, ships have to be maintained," she said. "Technical people must be on board ... to maintain the ship, (plus) enough people to support them with food and beverage and ... taking care of what we call the hotel side (of a cruise ship). There was a lot of work that was done during the time we weren't operating to ensure that we maintain the ships."

Duffy also talked about the line's effort to get 30,000 crew members home after cruising shut down — a process that involved using its own vessels as transportation, since many countries wouldn't allow ship crew members to travel home by air.

"That process took many, many months, also because many of those countries were not open to even receiving their own citizens back," she said.

In recent months, Carnival has had to put the process in reverse — getting crew back to ships in an extended process that also included getting them vaccinated and quarantining them before they began work.

Related: Everything to know about Carnival cabins and suites

On ships getting bigger

One of the big stories in the cruise world in recent years has been the increasing size of ships. Kelly and Duffy talked about the reasons behind this and whether we'll continue to see ship size grow.

"There's more things we can put on a larger ship," Duffy noted. But no line wants all giant ships, she suggested.

"We've got 24 ships, and they're not all big ships. We have some ports here in the U.S. (where) I couldn't take a big ship," she said. "If you look at Tampa, Jacksonville, even Baltimore, there are limitations on the size of the ship. We have a ship in Mobile, Alabama. So, I think we also look at the value of being able to have a diverse fleet."

Duffy added that "there are some people who prefer to be on a smaller ship," and there are others who want a giant ship like the soon-to-debut Mardi Gras.

Why Mardi Gras will rock

Speaking of Mardi Gras, Kelly and Duffy got into the nitty gritty of why the ship, which is 35% bigger than the next-biggest Carnival vessel, will be such a game-changer for the line.

They talked about the big New Orleans-themed French Quarter area that Carnival has put on the ship, which its own Emeril Lagasse restaurant and a Mardi Gras-themed parade, and a deck-top fun zone that includes a ropes course in addition to the roller coaster.

"In addition to the roller coaster, this ship gives us an ability, because of its size and the width of the beam, to do things on board that are really going to be quite different than any other ship that we have," she said.

"This ship also in its atrium has three stories of glass ceiling-to-floor," Duffy noted. "So the views and the ability to just have access to the sea is incredible."

At night, the atrium area will turn into a stage for entertainment.

"The technology is amazing," Duffy said. "I could go on and on."

Want to see more? Check out the full recording of the webinar right here: