Go where you want, but wear a mask: The new rules for cruisers in Cozumel 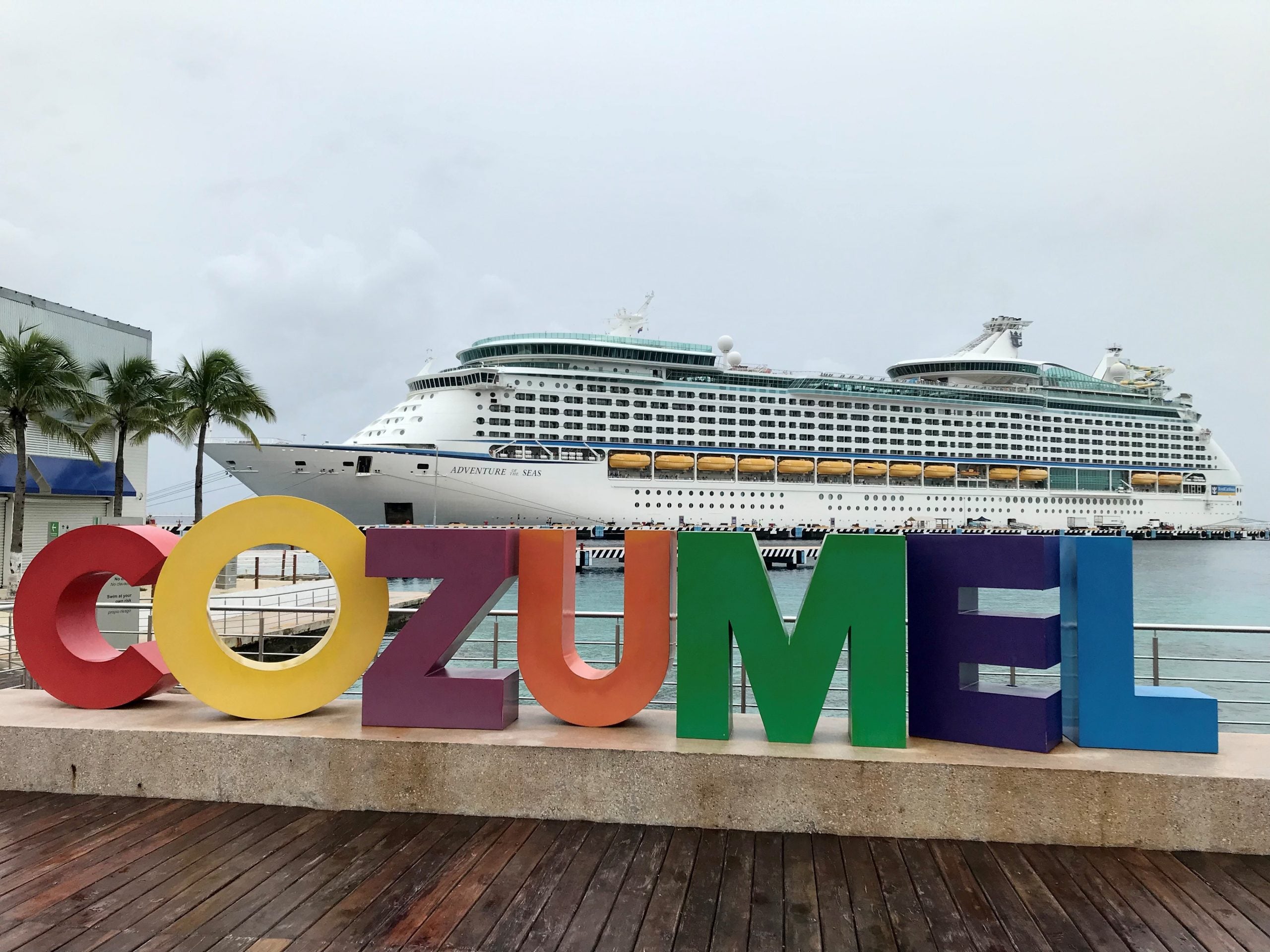 The tours for cruisers in Cozumel began running again on Wednesday -- the first day the island destination had seen a cruise ship in more than a year.

But the range of tour offerings isn't what it used to be. And the rules for touring have been tweaked a little.

Most notably, as I experienced personally this week as one of the first people to visit Cozumel by cruise ship in 15 months: You'll have to wear a mask at all times when touring on the island -- or doing just about anything else.

Mask-wearing is mandatory for now both for visitors as well as locals, and the local authorities are enforcing the rule.

You'll also be urged to sanitize your hands more times than you can count. Cozumel, it seems, has gone a little disinfectant crazy.

I arrived in Cozumel on Wednesday aboard Royal Caribbean's Adventure of the Seas -- the first Royal Caribbean ship to restart operations in North America. It's the first vessel from any line to visit Cozumel since cruising in the Caribbean shut down in early 2020 due to the COVID-19 pandemic.

What I found was a tourist hotspot just beginning to emerge from an economic crisis brought on by the downturn in global travel caused by the pandemic.

While some tourist attractions, restaurants and shops are back open, others remain closed -- particularly in the downtown area. Around the cruise pier, merchants selling jewelry, tequila, traditional blankets and other souvenirs seemed almost desperate for business, pleading even more than usual with passing cruisers to stop in their stores.

In a normal year, Cozumel is the most-visited cruise port in the Caribbean, drawing more than 4.5 million cruisers. Cruise ship arrivals support a robust tourism economy. But for the past 15 months, the island's cruise arrivals have been at zero.

One of the big changes you'll find if you visit Cozumel in the near future is that the range of tours is greatly diminished.

On a typical Royal Caribbean cruise that includes a stop at Cozumel, there are more than 50 excursions available to purchase through the ship. On this week's sailing, there were fewer than a dozen, and one didn't end up operating.

I initially signed up several weeks in advance of the sailing for a "Mayan Ruins, Island Tour and Beach" excursion ($71.99 for adults; $47.99 for children) that would last just over four hours. But I received an email just two days before the cruise telling me it had been canceled.

Once on board, I tried again by booking the four-hour "ATV Ride and Beach Relaxation" excursion ($70.99). This one did end up operating as planned, despite intermittent rain and lightning in Cozumel on Wednesday.

One of the things that was immediately noticeable upon walking off Adventure of the Seas in Cozumel on Wednesday was that everyone was wearing a mask.

This also was the case in Nassau, in the Bahamas, where this cruise began on Saturday.

While many states in the U.S. have eased their mask requirements over the past month following new guidance from the U.S. Centers for Disease Control and Prevention (CDC) on May 13, mask-wearing remains the rule in many other places around the world.

In Cozumel, it's not just recommended. It's a widely enforced rule.

I saw a security official at the port politely but firmly telling a fellow Adventure of the Seas passengers who was not wearing a mask to put one on. Our guide on the ATV tour told us we would have to keep our masks on at all times during the tour -- even when riding through the jungle on the ATVs.

This is in part because vaccination rates in Mexico remain far below the rates in the United States. Only 12% of people in Mexico are fully vaccinated, compared to nearly 45% of all U.S. citizens.

The Mexican state in which Cozumel is located, Quintana Roo, also has been experiencing rising COVID-19 cases for several months. It's currently listed in "orange" status on Mexico's four-tier COVID-19 risk "stoplight" system.

Orange status brings government-imposed limitations on some activities including tourism-related activities and a 50% cap on occupancy at restaurants and hotels. Should COVID-19 cases continue to rise, Quintana Roo could be placed in "red" status. That would bring a complete lockdown of the region and likely force an end to cruise calls.

As for the sanitizer craze in Cozumel, there now are sanitizer stations locating all over the cruise port area, and business owners often ask you to squirt some on your hands before entering. The bus driver on our ATV tour came around with sanitizer every time we stepped back on board to move to the next stop.

At some cruise destinations around the world, passengers only are being allowed off ships if they are on a ship-sponsored tour. This is designed to minimize interaction between passengers and locals that might lead to the spread of COVID-19. But neither Cozumel nor Royal Caribbean has made this a rule for stops at the island.

Passengers were able to walk straight off Adventure of the Seas on Wednesday and wander alone without guides into the tourist area with restaurants, bars and shops around the port, or proceed farther into town.

That is resulting in very small tour groups in some cases.

On Wednesday, Adventure of the Seas arrived with just over 1,000 passengers -- a fraction of the number it normally holds. The ship is designed to carry up to 3,807 passengers at full occupancy. And there were no other ships on the schedule.

Even with far fewer tours available than normal, many of the individual tours that went out from the ship on Wednesday only had a limited number of participants.

There were just 10 people on my ATV tour -- two of whom dropped out at the beginning due to the rainy weather. That left just eight of us out with a guide for an afternoon of touring.

The tour included a stop at a local beach, which was entirely empty save for the people in our group. In addition to reduced tourist numbers on the island, this probably also was a result of the iffy weather in Cozumel on Wednesday. It was overcast for much of the day with heavy rain at times.

Cozumel finally is back open to cruisers. But it could be a few months before it returns to normal as the Caribbean's most-visited cruise port.

Featured image by Royal Caribbean's Adventure of the Seas docked in Cozumel, Mexico, on June 16, 2021. (Photo by Gene Sloan/The Points Guy)
Editorial disclaimer: Opinions expressed here are the author’s alone, not those of any bank, credit card issuer, airline or hotel chain, and have not been reviewed, approved or otherwise endorsed by any of these entities.