5 reasons Asia is the best continent for short-haul flying

Articles
Ethan Steinberg has been a frequent flier for as long as he can remember. He went from studying abroad in Paris to moving to Shanghai after graduating college, where he covered all things travel in the Asia-Pacific region for TPG.
Oct. 21, 2019
•
10 min read 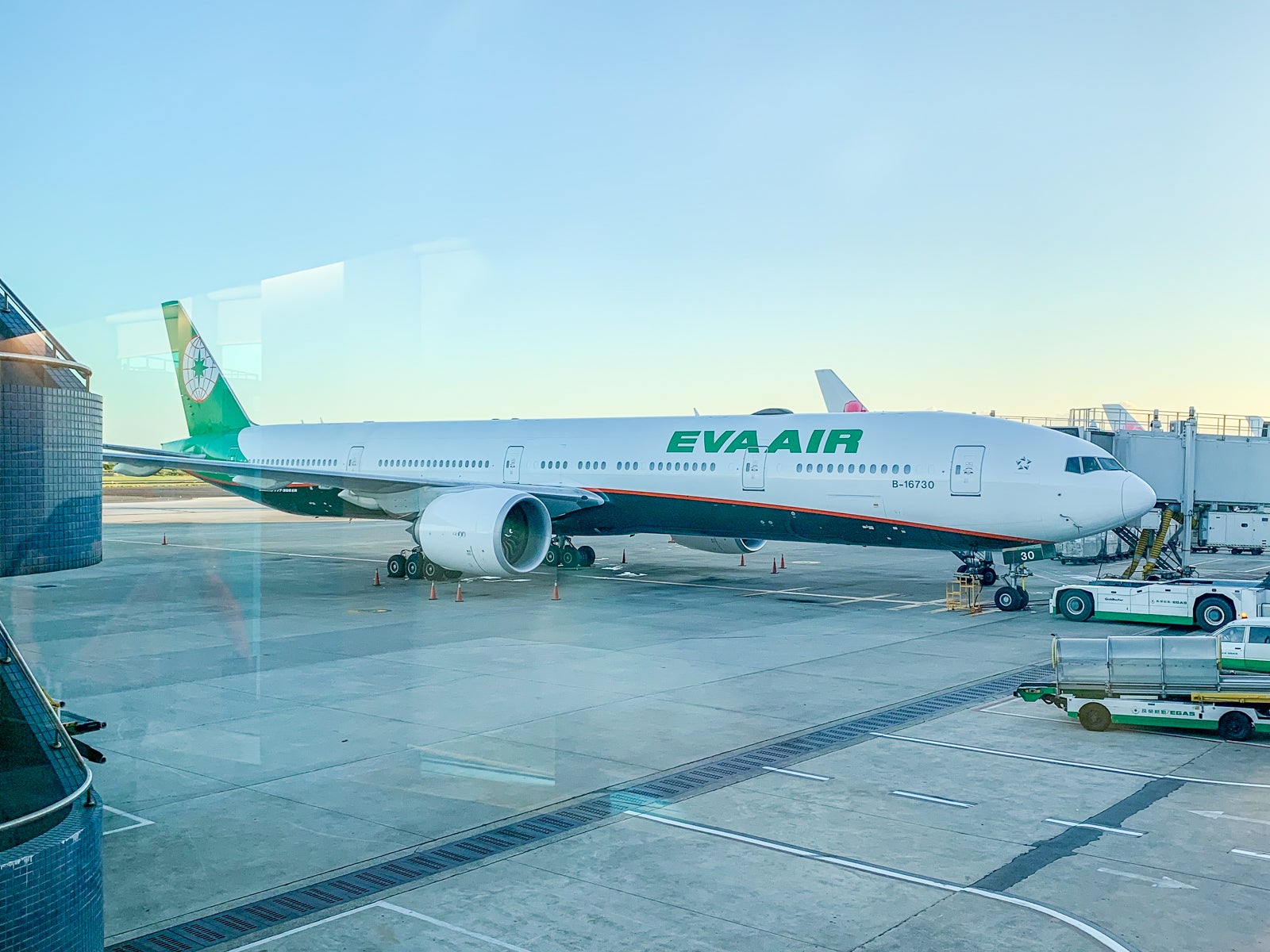 Picking up my life and moving to China barely a day after graduating college has been one of the best decisions I've ever made, as it's provided countless opportunities for personal growth and to learn what makes the world's most populous country tick. I've also spent much of that time analyzing the differences in commercial aviation between Asian markets and the U.S., and what I've found makes me want to stay here forever. Whether it's a short weekend trip to Seoul or Singapore or a connecting flight as part of a longer intercontinental itinerary, I've found flying within Asia to be a much more enjoyable experience than comparably short journeys around the U.S. or Europe. Here are five reasons:

Asia is by far the most populous continent, with over half of the world's population living here, and that sheer scale is reflected in the type of aircraft you see operating many short-haul flights. The distance between Shanghai and Beijing is 680 miles, roughly the same as between Washington, D.C. and Chicago. Yet in addition to the slew of 737s that fly between those American cities, Air China operates the following widebodies on this short flight each day. For anyone keeping count, that's eight 777s, one 787, one A350 and even a 747-8 that doesn't appear on this list.

That's just a single airline and a single city pair, with China Eastern also flying 18 Airbus A330s on the same route each day. This phenomenon repeats all across the continent, with Singapore Airlines deploying its Airbus A380s on short flights to Shanghai and Hong Kong, and EVA Air operating a majority of its intra-Asia flights with the same internationally-configured 777s it uses to fly to the U.S. and Europe.

Why is this a good thing? Outside of the incredible plane-spotting opportunities it provides, these bigger planes almost always result in a better passenger experience in every cabin. Economy passengers are much more likely to have IFE, Wi-Fi and power outlets on a 777 than on a 737, and in premium cabins the experience gets even better. Some airlines like Cathay Pacific have regionally-configured widebodies with denser seating configurations but like EVA, many Asian airlines offer their full international hard products on these short routes.

Related: Twice as nice the second time: EVA Air 777 in business class from Houston to Taipei

This opens up an incredible opportunity for travelers to fly aspirational products without breaking the (mileage) bank. Just the other week I was able to book a round-trip business-class award on EVA from Shanghai to Taipei for only 26,000 Avianca LifeMiles and about $70 in taxes. That flight would have been nearly $700 if I'd paid cash, and while it was a short flight, having some extra room to stretch out made it much more comfortable.

Similarly, I got the chance to fly Singapore Suites from Singapore to Shanghai with my girlfriend over the summer, a flight that would have been unreasonably expensive on a longer route (if I'd ever managed to find two saver-level award seats). We had an incredible time sipping Dom Perignon and enjoying our lobster thermidor, and this experience was only made possible by the massive demand for travel between two cities that aren't all that far apart (Singapore flies two 777s and two A380s on this route each day, while China Eastern operates at least 5 A330 flights).

2. Asia is home to some of the world's best airlines

Commercial airlines in China have almost as bad a reputation as their American counterparts, but Asia as a whole is home to most of the world's best airlines. Skytrax has given a total of 10 airlines its five-star seal of approval, and a whopping 80% of them are located in Asia. In addition to Lufthansa and Qatar, this is the list of Skytrax five-star airlines:

I personally don't put too much stock into these ratings, especially since Lufthansa's 2-2-2 business class — lacking aisle access for all seats — should be disqualifying all by itself, but you can't ignore this heavy tilt towards Asian carriers. Singapore and Cathay Pacific are easily two of the world's best airlines no matter what class of service you're traveling in, and I still rate my economy flight on Singapore's fifth-freedom route from New York to Frankfurt as one of my most enjoyable flights ever. Even beyond this list, you also have airlines like Korean Air and Taiwan-based China Airlines that offer an incredible passenger experience and modern fleets.

Unless you're fiercely loyal to a single airline, flying in the U.S. often feels like picking the lesser of two evils: "Which of these airlines is least likely to cancel my flight or lose my bag on this trip?" Meanwhile someone flying from Hong Kong to Singapore can face analysis paralysis trying to pick between a Cathay Pacific A350 and a Singapore Airlines A380.

3. And some of the world's best airports

Travelers in Asia have it better on the ground as well as in the air. Singapore Changi airport (SIN) has been voted the world's best airport for many years now, and that was even before it opened a massive shopping and dining complex known as "The Jewel," which is home to the world's largest indoor waterfall. This was all in addition to a butterfly garden, multiple movie theaters, an arcade and even a slide to help you get between levels. Changi is a playground for kids and adults alike, and a great place to pass your layover.

Singapore isn't the only airport in Asia worthy of praise. I'm personally a huge fan of Hong Kong airport (HKG), and so is American Express, which decided to make this the site of the first international Centurion Lounge. This is one of my favorite lounges worldwide, and an incredible place to relax and unwind before taking the short hop back over to Shanghai. I find this one, unlike many of the Centurion lounges in the U.S., to be rarely overcrowded, and I can always find a seat. It helps that the lounge is perfectly positioned with views of both of the airport's runways through the massive floor-to-ceiling glass windows that you'll find all throughout the airport.

Of course you can't talk about Asian airports without giving a nod to Beijing Daxing, the stunning addition that just opened its doors to passengers a few weeks ago. Designed by world-renowned architect Zaha Hadid, Daxing is an architectural masterpiece.

This is to say nothing of airports like Tokyo's Narita and Haneda, which both feature great passenger experiences and top-rate premium lounges from hometown airlines JAL and ANA, or Seoul Incheon and its brand-new terminal.

Speaking of lounges, intra-Asia flyers benefit from the fact that a majority of flights around the continent are international flights. In fact, Singapore Airlines, whose home country is smaller than New York City, does not operate any domestic routes at all.

In the U.S., American Airlines and United limit which international routes come with Flagship and Polaris lounge access for their business-class passengers, specifically excluding flights to Canada and parts of Mexico/Central America. By comparison, most Asian airlines don't distinguish between long-haul and short-haul business-class passengers when it comes to lounge access. On my EVA flight the other week I was invited to use the same lounge as international passengers, and in Singapore I was given access to The Private Room lounge, even though our flight in Suites lasted barely five hours. This is a great incentive to upgrade to business class on shorter flights, especially given how cheap they can be with miles.

Competition is always good for the consumer as it drives down prices, and in this case it's especially good for passengers looking for the cheapest flight from point A to point B, as many perks like lounge access or a lie-flat seat are a bit extra on short hops around Asia. The U.S. doesn't have much in the way of low-cost competition, unless you want to fly Spirit. That's an unpleasant experience start to finish, and it often means flying out of a less convenient airport, like Baltimore (BWI) for passengers in the D.C. area.

By comparison, Asia is full of low-cost carriers like Spring, Peach Aviation, Jetstar, AirAsia, VietJet, Hong Kong Express and plenty more. These carriers also do an excellent job in clearly distinguishing themselves from full-service airlines and competing on price. On a random date, non-stop flights from Hong Kong to Tokyo start at $150 or less for low-cost carriers:

Meanwhile ANA, Cathay Pacific and JAL want about $650 to fly the same route:

This market segmentation is beneficial, and I've found that many low-cost carriers in Asia are pleasant enough to fly on. You'll need to do the research yourself to avoid unexpected surprises when you get to the airport, especially when it comes to bag fees and carry-on allowances, but I've been served hot meals and given a free bottle of water when flying on low-cost airlines in Asia, which is certainly something you'd never see from the likes of Spirit.

As frequent travelers we try to do whatever we can to make the experience more enjoyable, leveraging points and miles and travel rewards credit cards to earn elite status and book better seats. At every step of the way though, we're constrained by the products being offered in the market. Time and time again I've been impressed by just how enjoyable intra-Asia travel is, with a hot meal and friendly service on nearly every flight. The ability to fly some of the world's best airlines (and even get their true international first- and business-class seats at a fraction of the cost) is just icing on the cake.

Related stories
The ultimate guide to earning elite status with United cards
American Airlines forgot it had landing slots at JFK. Then it lost some of them
After 19 months, United Airlines is officially suspending flights at New York's JFK airport — again
17 ways to earn lots of Marriott Bonvoy points
Featured image by (Photo by Ethan Steinberg / The Points Guy)