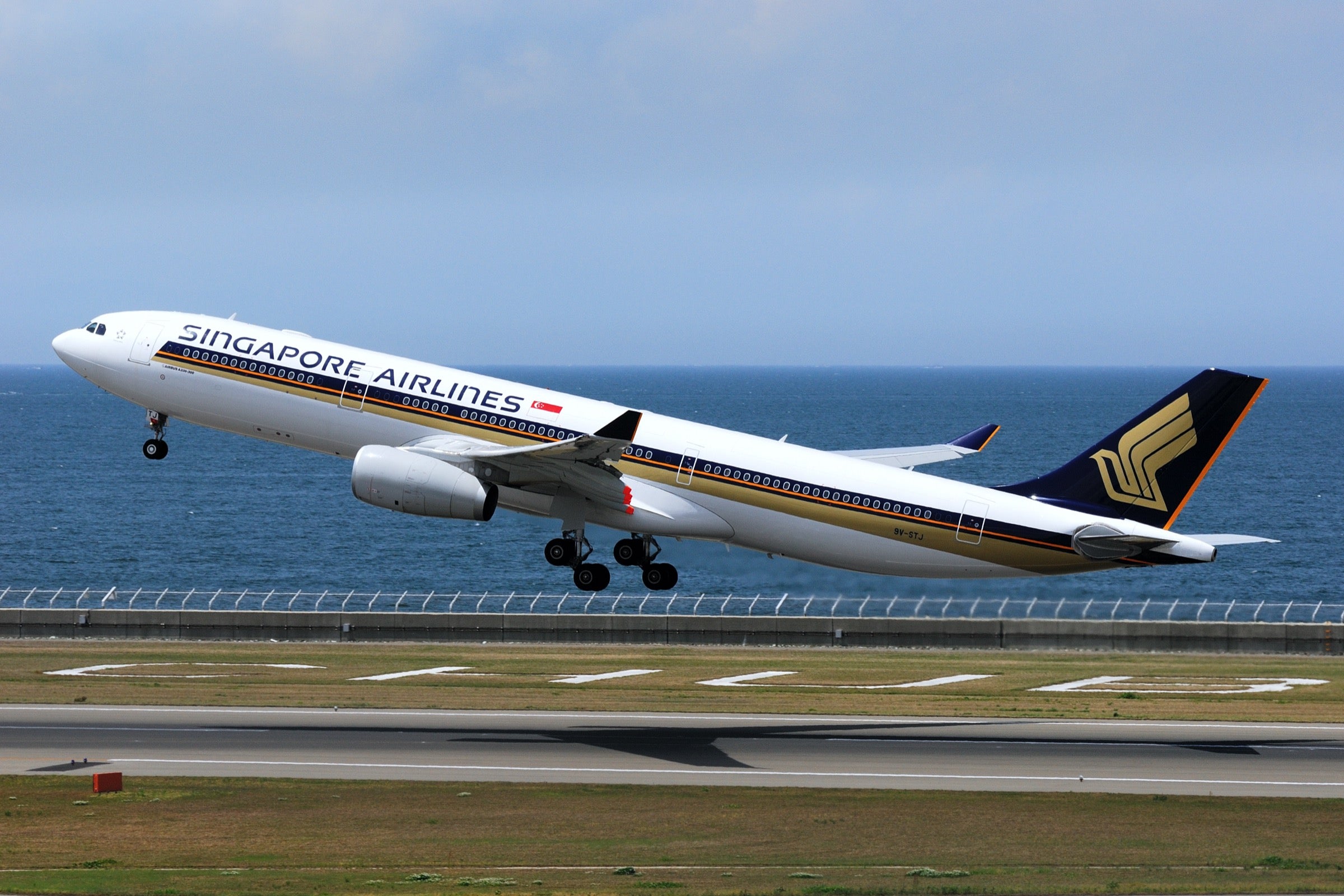 Fifth-freedom routes are a unique quirk of aviation that give North American travelers a chance to experience superior planes and service, often at a fraction of the cost. Have you ever booked a trip from the U.S. to Europe, only to realize that your flight was operated by an Asian or Middle Eastern airline? If so, there's a good chance that you've stumbled across a fifth-freedom flight before.

Technically speaking, a fifth-freedom flight is operated by a carrier between two countries, neither of which is the airline's home base. These routes are typically part of service connecting those markets to the carrier's home country. For example, Emirates flies an A380 between Christchurch (CHC) in New Zealand and Sydney (SYD), with the same flight continuing from Sydney to Dubai (DXB). There are several reasons an airline can choose to do this: range (Dubai to Sydney is already a 14-hour flight), gaining traffic in a new market, or improving aircraft utilization, among others.

There are a large number of fifth-freedom routes operating all over the world, but here are some of the best for North American travelers to consider, including how to book them using points and miles. Unfortunately, the list of routes has gotten considerably smaller due to pandemic-related route cuts over the last year.

New York to Milan and Athens with Emirates

Emirates first class is one of the most aspirational bucket-list flights you can imagine, and luckily you don't have to go all the way to Dubai to experience it. Emirates operates two fifth-freedom routes from the New York area to Europe, including New York-JFK to Milan (MXP) and Newark (EWR) to Athens (ATH). Both routes are operated by the Boeing 777-300ER with the same gold-studded first-class suites as the A380s but no onboard shower or bar. Both flights continue to Dubai after making the stop in Europe.

In addition, Emirates now offers service from Dubai to Mexico City (MEX). Given the length of this flight and the elevation of the Mexico City airport, the flight stops in Barcelona (BCN) in both directions, meaning another fifth-freedom route. This is the only North American fifth-freedom route that Emirates flies without a first-class cabin — the 777-200LR that will be used to operate this route stops at business class.

You can check out our guide for a full walk-through of the best ways to book awards on Emirates, but generally speaking, you'll want to concentrate your efforts around two currencies: Emirates' own Skywards program or Qantas Frequent Flyer. Both are transfer partners of American Express Membership Rewards, Capital One Miles and Marriott Bonvoy. Emirates is also a transfer partner of Chase Ultimate Rewards, while Qantas also partners with Citi ThankYou. So, you can easily transfer points (or miles) earned from cards like The Platinum Card® from American Express or Capital One Venture Rewards Credit Card directly to either program.

Here are the redemption rates for round-trip flights between New York-JFK and Milan on Emirates:

As you can see, Qantas offers lower rates for economy awards, but you'll be better off going through Emirates Skywards for premium cabins. Taxes and fees should be comparable across both airlines.

Related: Superjumbo to Europe: Flying Emirates' A380 from New York to Milan

U.S. to Europe or Asia with Singapore Airlines

Until Singapore relaunched the world's longest flight from Singapore (SIN) to Newark (EWR), the airline had a good excuse for its large number of North American fifth-freedom routes: Except for the A350-900ULR, most aircraft can't reach most U.S. cities from Singapore without a fuel stop along the way. While the carrier has made a few changes to its transpacific routes over the years, Singapore operates the following fifth-freedom routes from the U.S.:

Related: What are the five freedoms of aviation, and how do they affect you?

Remember that booking through Krisflyer allows you to waitlist for awards if your desired flight and/or class of service isn't available at the time of booking.

This route has temporarily been suspended due to the pandemic. However, South African Airways normally offers service from Washington-Dulles (IAD) to Johannesburg (JNB), with a stop in Accra, Ghana (ACC) on the way, opening up an interesting fifth-freedom route. While much of the carrier's fleet is well-worn, the A330s that operate the flights to D.C. are newer aircraft, featuring the more modern staggered seating configuration shown above.

Depending on which Star Alliance program you pick, you can expect to pay about 50,000 miles for a one-way economy ticket and about 80,000 for a one-way business-class ticket with minimal taxes.

Related: This could be the true pride of Africa: South African's new business class on the A330

North America to Cuba or Panama with Air China

While it's easy to understand Emirates wanting to tap into a leisure market in Italy or Singapore needing a fuel stop in Asia, Star Alliance member Air China normally offers two of the most interesting fifth-freedom routes in North America. Once a week (every Friday, to be exact), the carrier flies from Montreal (YUL) to Havana (HAV). It also operates twice-weekly flights between Houston and Panama City (PTY). The flights are operated by a 787 and 777, respectively, and both planes feature fully-flat business-class cabins in a 2-2-2 configuration, like the 777 shown above.

The Paris to Los Angeles to Tahiti route

Connecting French Polynesia to actual France, you can fly from Paris (CDG) to Los Angeles on Air Tahiti Nui's 787 Dreamliner and then continue from Los Angeles to Tahiti (PPT) on an Air France 777. Of course, this guide is geared towards North American travelers, so these flights are also available to book individually.

If you're looking to fly Air Tahiti Nui to Paris, you have two primary ways to book. American will charge you 30,000 miles in economy, 40,000 in premium economy, or 57,500 miles in business. Alternatively, you can also book Air Tahiti Nui flights through the Air France/KLM Flying Blue program. Unfortunately, though, Flying Blue appears to be blocking all award space on Air Tahiti's Paris route, even when ExpertFlyer shows multiple award seats available.

Related: The beginner's guide to award searches on Expert Flyer

Getting to Tahiti, on the other hand, is surprisingly easier using points and miles. You can book economy awards through Flying Blue for as little as 29,500 miles one way, although thanks to Flying Blue's new variable pricing, that number can easily shoot up to nearly triple that amount (see below). Business-class award rates to a sought-after destination are every bit as obscene as you'd expect, with one-way awards setting you back 340,000 miles on every date I searched. To put that into perspective, you could fly from L.A. to Paris in Air France's fabulous La Premiere first class for fewer miles than this eight-hour business class ticket.

Newark to Togo with Ethiopian

While Ethiopian unfortunately no longer flies between LAX and Dublin (DUB), it still offers a fifth-freedom flight out of Newark on the way to Addis Ababa (ADD). Flight 509 stops in Lome, Togo (LFW) and typically operates on Tuesdays, Thursdays, Fridays and Sundays. And the carrier does allow you to redeem miles on just the first leg of the trip.

As a Star Alliance carrier, you have several options for booking this flight with miles. If you go through Aeroplan, you'll need just 40,000 miles for economy or 70,000 miles for business class.

Fifth-freedom routes aren't just appealing to the #AvGeeks out there. Under the right circumstances, they can represent a unique value for North America-based travelers. The foreign carriers operating them can provide a much better in-flight experience than their American counterparts (even in the economy).

If you're traveling from the New York area to Frankfurt, why would you ever cram yourself into one of United or Delta's older 767s when Singapore flies a shiny and spacious A380 on the same route? Don't limit yourself when you're planning your next trip and consider redeeming your hard-earned points and miles on one of these unusual routes.

Featured image by (Photo by viper-zero/Shutterstock)
Editorial disclaimer: Opinions expressed here are the author’s alone, not those of any bank, credit card issuer, airline or hotel chain, and have not been reviewed, approved or otherwise endorsed by any of these entities.