Santa's (probably) not coming to town: 6 pandemic-proof holiday activities to do instead

Articles
Summer Hull , aka Mommy Points, ran the Mommy Points site for families who want to travel more for less using miles and points for seven years. She now heads up a variety of special projects at TPG when she isn't exploring the world with her own two girls.
Follow
Aug. 13, 2020
•
10 min read 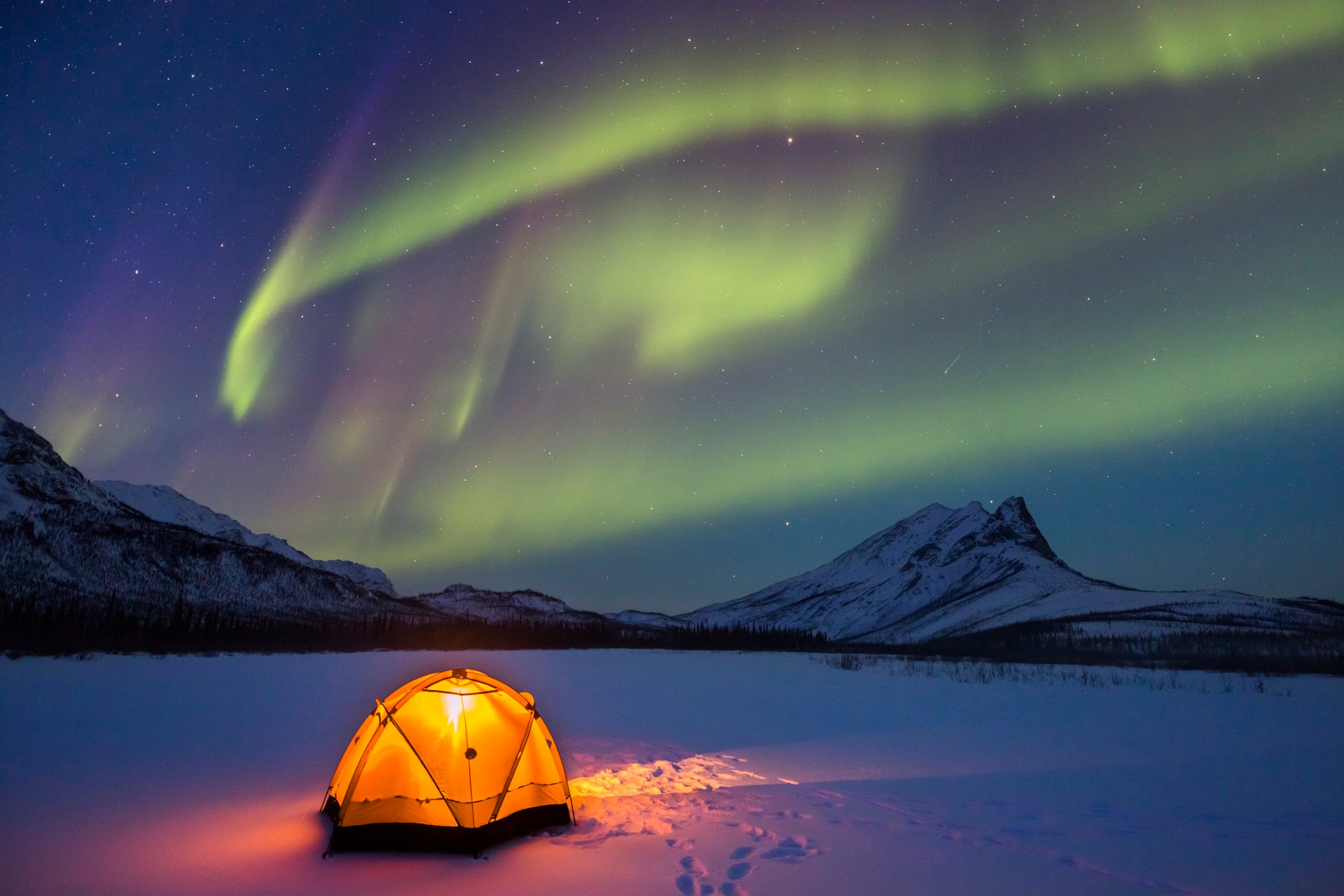 We have some bad news.

Just like summer vacations and the back-to-school season have been anything but normal, the upcoming holiday season probably won't be at all familiar.

Going over the river and through the woods to grandmother's house for a turkey dinner with your entire extended family? Lining up with millions of people to see the Macy's Thanksgiving Day Parade, or the ball drop in Times Square on New Year's Eve? Waiting in a long line to take turns sitting on Santa's lap? And don't even get us started with trick-or-treating.

Most of these popular holiday season activities — beginning as early as Halloween and stretching straight through until the calendar eventually turns to 2021 — seem pretty unrealistic during a pandemic.

I know. It really stinks. Take a minute to mourn all the ways this global health crisis will likely disrupt your favorite festivities.

OK. Now that the heart breaking is out of the way, let's talk about how you can tweak your plans so the upcoming holiday season is still special, in spite of everything.

For more TPG travel tips delivered each morning to your inbox, sign up for our free daily newsletter.

Mickey's Halloween Party is out

While the Magic Kingdom has reopened, Disney has already announced that Mickey's Not So Scary Halloween Party won't be happening at Disney World in 2020. (Though the rumor is that the park will still be decorating for Halloween at some point this fall.) Similarly, the reopened Universal Orlando theme park has also announced that Halloween Horror Nights will not happen this year.

Fortunately, there are Halloween and fall festivals still on the schedule.

For example, Dollywood in Tennessee is moving forward with its Harvest Festival from Sept. 25 through Oct. 31. This isn't a scary version of fall, but more a celebration of pumpkins, food, family and fun. This year, the park will also be adding glowing pumpkins at night in the newer Wildwood Grove section of Dollywood.

A perk of going to Dollywood in the fall is that it's also a great time to rent a cabin in the nearby Gatlinburg area and enjoy socially distanced fall foliage viewing in the nearby Great Smoky Mountains National Park.

Related: 10 fun activities for the family in Gatlinburg

Even without a theme park component, taking road trips to view fall foliage may be the perfect way to safely take in fall this season. Based on how the summer went with strawberry and blueberry picking, it's also likely pumpkin patches and apple orchards will be open to visitors this fall — you might just need reservations.

For example, Demarest Farms, about a 45-minute drive from New York City, will offer pumpkin and apple picking this fall by advance reservation only. As of right now, the farm also plans to offer Friday evening outdoor movie screenings in the pumpkin patch, too.

While there hasn't been a formal announcement, it's safe to assume there won't be a normal Macy's Thanksgiving Day Parade in 2020.

Typically, more than 3 million people travel to Manhattan to see the parade — and that number doesn't even include all the people involved in managing the floats or marching in the bands. Having attended the parade in the past, it's safe to say this is not a socially distanced activity.

But, just like Macy's rethought its Fourth of July fireworks display in a way that wouldn't draw crowds, its website indicates it plans to "similarly reimagine the Macy's Thanksgiving Day Parade this November."

Your guess is as good as mine as to what that means -- but it's clear that, whatever they do, it won't be planned for millions of attendees.

Thankfully, if your planned trek to New York City or Grandma's house is canceled this Thanksgiving (raises hand), there are fun alternatives.

Fall can be the perfect time to visit national parks in destinations that are blazing hot in the summer but might be refreshing cool by late November.

Big Bend out in West Texas, for example, is prohibitively hot in the summer. But by November, the temperature drops between 40 and 60 degrees most days. And there's usually, on average, only one day of rain in the entire month. It's also a great place to go to avoid crowds.

Just know that accommodations are limited around Big Bend, so this may be the perfect time to try out the RV lifestyle.

In Utah, daily temperatures in Zion National Park usually range from the 30s to the 50s in November, and crowds have thinned out.

So, if you've never been able to spend the Thanksgiving holidays experiencing the great outdoors, this may be the year to ditch the turkey and lace up your hiking boots instead.

Related: How to stay near national parks using points

Santa's not coming to town

OK, don't worry, kids. It's still safe for Santa to leave presents under the tree.

But visiting Mr. Claus in person somewhere like Santaland in New York City may need to wait for 2021. (Writing a letter to the North Pole totally counts as homeschooling though, right?)

We've also already learned that the Radio City Rockettes will be taking this year off from their famous Christmas Spectacular show. Christmas isn't canceled, but you may need a new playbook.

If you live somewhere in the world that permits visits to Santa's home above the Arctic Circle in Lapland, that is perfect holiday fun (think: reindeer-pulled sleigh rides, skiing and more). Those activities are still scheduled for this year, with special accommodations for COVID-19.

The catch -- at least for now -- is that while Finland has started to reopen to select international visitors, so far that does not extend to those from the U.S. Additionally, packages to Santa's Village in Lapland start and end in the U.K., which is also not yet accepting visitors from the U.S. without a 14-day quarantine.

Alaska, however, is open to visitors from the Lower 48 with COVID testing offered on arrival at the airport in Anchorage (ANC) for $250 or with an eligible, negative test taken within 72 hours of departure. There are plenty of amazing winter activities for families in Alaska, ranging from chasing the northern lights, to sled dog rides, glacier walks and igloo stays.

Related: Review of staying in an igloo the Borealis Basecamp in Alaska

If you don't want to head all the way to Alaska for holiday winter fun, there's likely to be some semblance of a 2020 to 2021 ski season in the continental U.S.

All the big annual ski passes are on sale now, with each offering some level of changes or accommodations if the upcoming ski season doesn't pan out the way we hope.

After all, the mountain may be wide, but lift lines and lodges can be extremely crowded. While we wait for the exact details, now is probably a good time to book a refundable vacation home rental or points-friendly property on the mountain if you want to substitute a visit with Santa for a run down a family-friendly snow hill.

Related: The right age to start kids on skis

If none of that sounds right for your group, don't rule out a winter visit to a national park, as some of them are best seen beneath a wintry layer of snow. It's also likely that at least some drive-thru Christmas light displays will be operational this year, so all hope isn't lost.

We can probably all agree that, so far, 2020 has not gone to plan. And at the current trajectory, that weirdness will probably continue and disrupt many of our favorite holiday season traditions.

Some holiday activities you know and love will still happen, but many won't -- at least not without major tweaks. So, if you want to ensure you aren't left out in the cold when your plans go belly up, start planning an alternate holiday trip or activity now.