Pray for clear skies: A review of Alaska's Borealis Basecamp 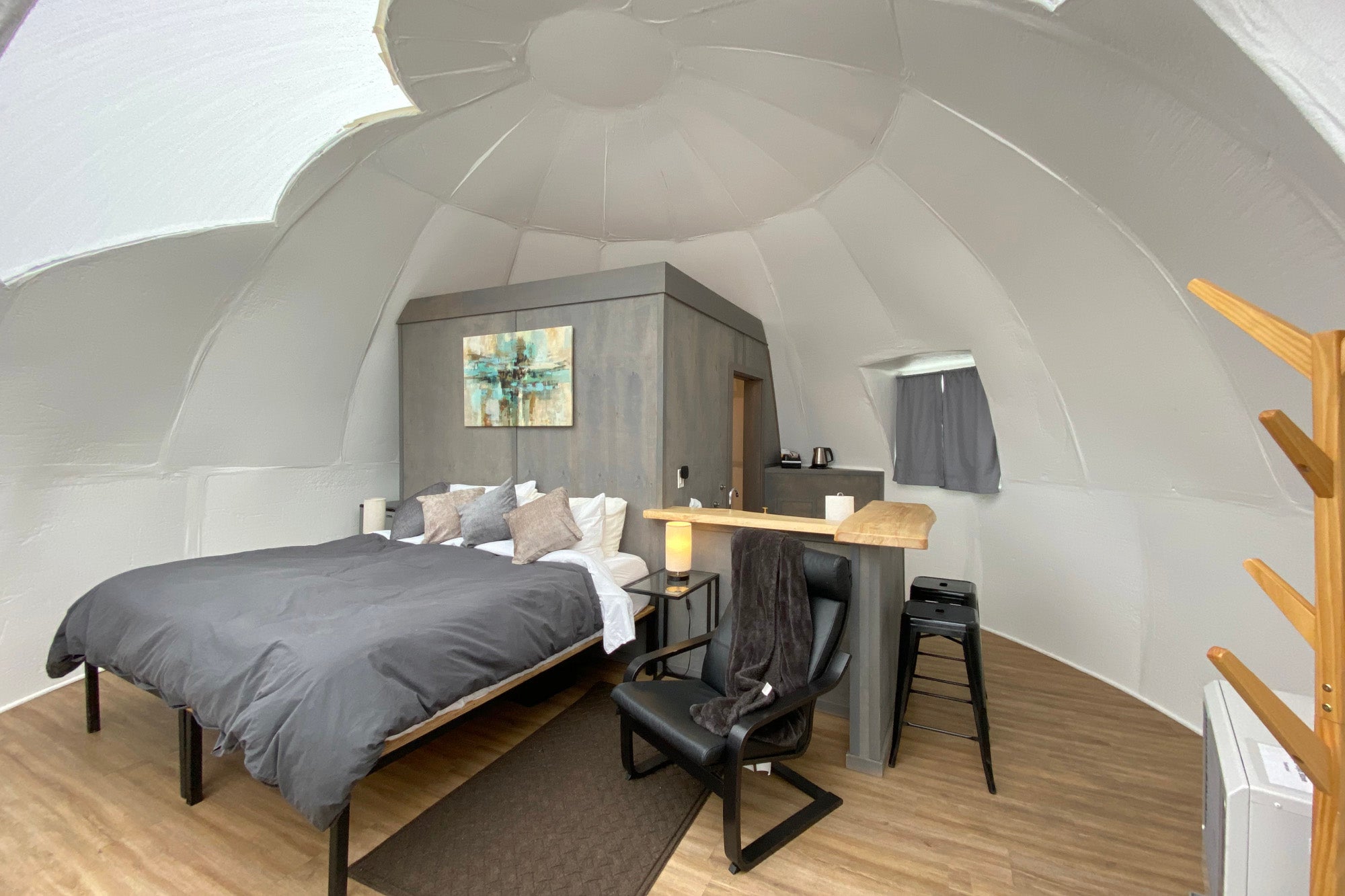 You can see the northern lights from time to time from the continental United States, but the best place to catch the aurora borealis is above (or at least near) the Arctic Circle, which can mean crippling temperatures in winter, especially once the sun goes down.

I decided to head to Fairbanks, Alaska, early in the season in the middle of October, hoping to catch the aurora while avoiding the bone-chilling temperatures you'd experience in the dead of winter. Turns out, checking both of those boxes proved more challenging than I had hoped.

I began my aurora adventure at Borealis Basecamp in a remote part of Alaska, roughly an hour-long drive north of Fairbanks International Airport (FAI).

Borealis Basecamp has a total of 10 rooms and an off-the-grid design that requires everything to be shipped in (and out), so the rates are understandably expensive.

Borealis Basecamp doesn't participate in any loyalty programs, so I booked through Hotels.com.

Light pollution doesn't make for clear aurora viewing — the best spots are far outside the city, which explains why Borealis Basecamp is so remote. You'll need to make your way about 27 miles up the Elliot Highway before driving another three miles on a dirt road, which will likely be covered in ice and snow.

I recommend renting an SUV and driving yourself, but you could also hire an Uber XL at a cost of $200-$300 round-trip. Confirm that the driver has an SUV and is comfortable making the off-road trek before you begin your journey.

Once you arrive, you'll spot the hotel's 10 stand-alone igloos. Because they're usually booked, Borealis Basecamp is working to add five more in the future.

I arrived right around the published check-in time of 4 p.m. and was shown to Igloo #2.

I was given an igloo tour, which included instructions on the workings of a special heater and toilet. The base-camp representative also mentioned that dinner would begin at 5:30 p.m.

Although the igloos aren't much to look at from outside, I was impressed with the interior layout and design.

The 12-foot ceilings and gigantic, clear ceiling panel made the room feel spacious.

I had hoped for clear skies. (If everything goes according to plan, the aurora lights up the sky just a few hours after sunset.) However, I ended up having nothing but clouds and rain during my stay.

My room was nicely warmed by the fancy Toyo Stove. Unfortunately, it wasn't as quiet as I would have hoped — every time it turned on, it sounded like the dome was being pelted by rain.

Given the roughly $400 price tag, I had high expectations for the space, and the hotel delivered.

I mean, look at this bathroom! No outhouses here.

There were L'Occitane products in the shower, but the hot water wasn't as consistent as I would have liked. It was only warm for a minute, and a cold shower in Alaska is just as unpleasant as it sounds.

Still, it was easy to forget just how remote and off the grid we were out there.

As the hotel explains on its website, "Guests at Borealis Basecamp dine in a craftsman-built yurt with plenty of space to look out upon nearby Wickersham Dome and the White Mountains. Linger with a cup of coffee or glass of wine, savor each meal, and enjoy a sense of home away from home. The yurt is 'home base' for guests, providing a 24-hour space to visit, play board games, or read a good book."

The property's liquor license was pending during my visit, and unfortunately that's still the case — anyone hoping to linger with a glass of wine will need to grab a bottle in Fairbanks. Otherwise, you'll be out of luck once you arrive.

The food was a different story — there was a mix of appetizers and entrées, with a menu that changes depending on what's fresh that day.

I was really looking forward to having some Alaskan king crab, but I was blown away by the $95 entrée price tag, for a pound of crab. I ordered a half pound as an appetizer for $55, instead, though I'm pretty sure I ended up getting a bit more than that. I also ordered the sockeye salmon entrée, priced at a more affordable $40.

Breakfast was included with my rate, but I needed to leave before the 8 a.m. start time. That wasn't an issue for the incredibly friendly chef, though — I mentioned my departure time the night before, and he was more than happy to whip me up whatever I liked nearly an hour before the service was supposed to begin.

Although the igloo rooms are large enough to sleep comfortably, and presumably watch the sky, some guests stay for several days, so there's a large communal space to hang out in, too. A man — who I later learned was the owner — was chatting loudly on the phone, so I didn't stay long.

Wi-Fi was free, and worked well enough for me to download some Netflix content overnight and give my family a FaceTime tour of the room. There's also free coffee, tea and hot cocoa available throughout the day.

At night, guests can hang out by a fire pit but, given how chilly it felt in October, I doubt this is a hot attraction during peak season.

Aside from the check-in clerk, most of my interactions were with the chef and my waiter at dinner. Both were incredibly outgoing, and more than happy to talk about life in that part of the world.

I learned that the hotel is incredibly popular during peak season, with a number of Chinese tourists — apparently, many guests tend to visit from Australia and Mexico, too.

Although there are certainly cheaper places to stay in the area, Borealis Basecamp is remarkably comfortable, given the location. Everything from propane gas to drinking water is trucked in, and all waste — including water from the shower — is driven out. That makes operating a 10-room hotel especially expensive, and, in my book, serves to justify the price.

According to the hotel's website, "it’s easy to view the famous aurora borealis, with around 250 nights of swirling green, red, and purple lights each year." Clearly, my visit happened to coincide with one of the few fall nights with complete cloud cover — hopefully, you'll have much better luck whenever you decide to stay.