It's official: Northern lights season is back 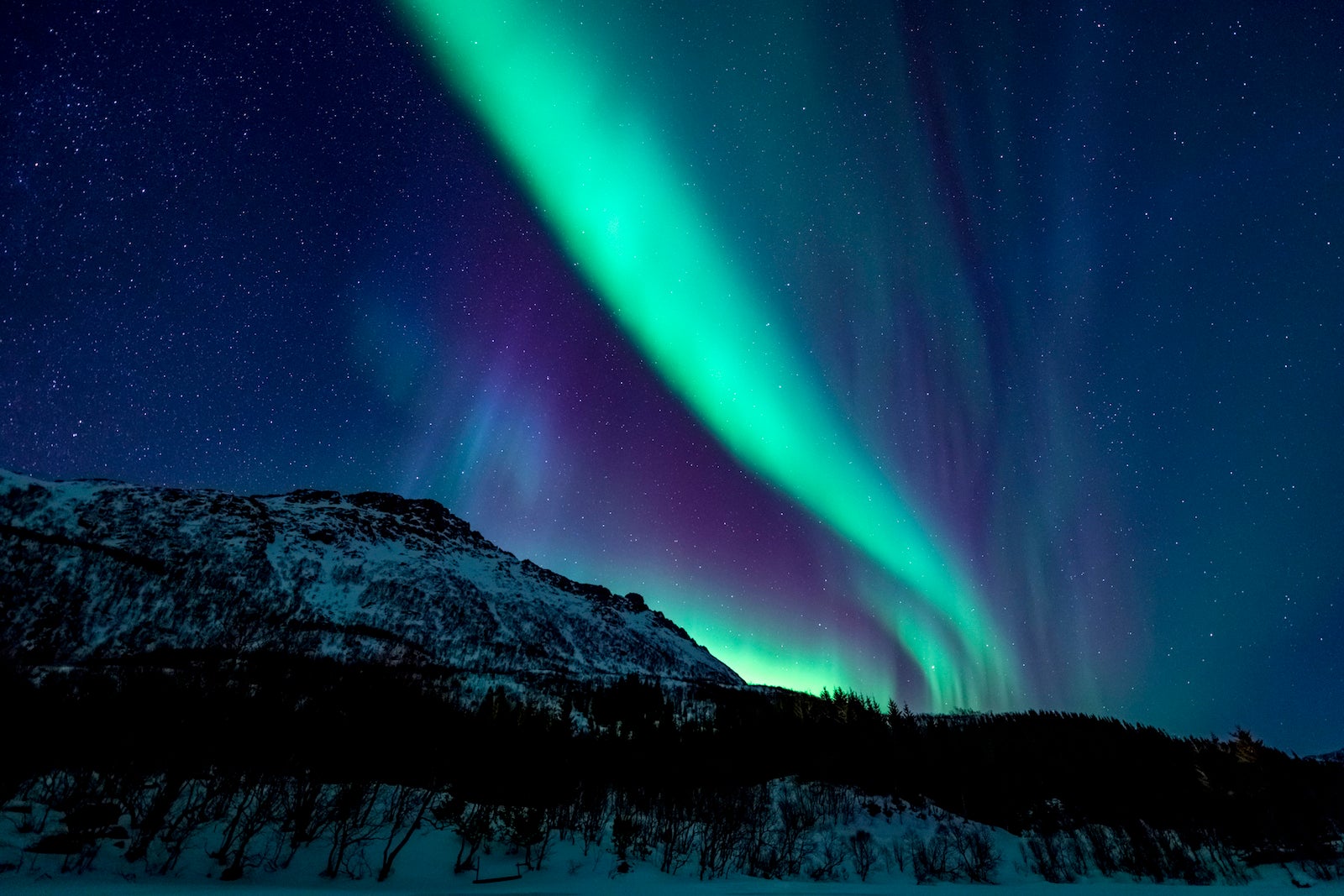 It's official: Northern lights season is back
This post contains references to products from one or more of our advertisers. We may receive compensation when you click on links to those products. Terms apply to the offers listed on this page. For an explanation of our Advertising Policy, visit this page.

If you've been dreaming about seeing the northern lights, we've got good news: Aurora-viewing season is back.

The days have been getting shorter in the Northern Hemisphere since late June, and there are now more than enough hours of darkness to see the shimmering auroras. Best of all, this has been a relatively mild autumn so far, meaning travelers in pursuit of the elusive northern lights early in the season may not have to stand outside in freezing temperatures waiting for a solar flare to pierce the Earth's magnetic field.

Destinations north of the Arctic Circle in Iceland, Norway, Finland and Sweden may be some of the most famous places to see the northern lights, but you don't need to fly to Europe or book a high-end vacation package to catch a glimpse of atoms and particles colliding in a colorful, celestial display.

In fact, you can sometimes see auroras over parts of North America when the weather is favorable (think: dark, clear nights and a particularly powerful solar storm). Already, in late September, the Space Weather Prediction Center of the National Oceanic and Atmospheric Administration (NOAA) announced a geomagnetic storm watch for areas of Michigan, North Dakota, South Dakota, and Minnesota — there were even reports that auroras might be visible in parts of New England, the Pacific Northwest, Wisconsin and Wyoming.

Whether you're planning to travel to see the northern lights this year or would rather stay close to home and hope for a powerful solar wind to interact with Earth's atmosphere on a particularly clear night, you can still improve your odds of witnessing this phenomenon.

First, you'll want to keep an eye on NOAA's aurora and geomagnetic forecasts. Watch the Kp index, specifically, which measures aurora strength. The index is generally less than 4, so your chances of seeing the lights are slightly greater than usual when the Kp index is 4 or higher. The index ranges from 0 to 9, with 0 being the weakest and 9 being a strong geomagnetic storm.

Then, brush up on your night photography tips and tricks. Chances are, any photo you’ve ever seen of the northern lights has been shot with extended exposure. If you're working with a standard camera, get a tripod and use a shutter speed of 1 second or longer. Nowadays, you might even be able to get away with using your smartphone to document the northern lights. The newest generation of smartphones can finally compete with traditional cameras, even in low light. If your device (think: the new iPhone 12, the latest from Samsung's Galaxy line-up or the Google Pixel) has a night mode setting, you should be all set.

And if you're ready to plan a trip to see the northern lights this year, remember that travel expenses should be booked with a credit card that maximizes your spend, such as the Chase Sapphire Reserve or Ink Business Preferred Credit Card, both of which earn 3x points on travel (on the first $150,000 in combined purchases each cardmember year on the Ink Business Preferred).