Flying to Hawaii? Here's what to expect with inflight food and beverages 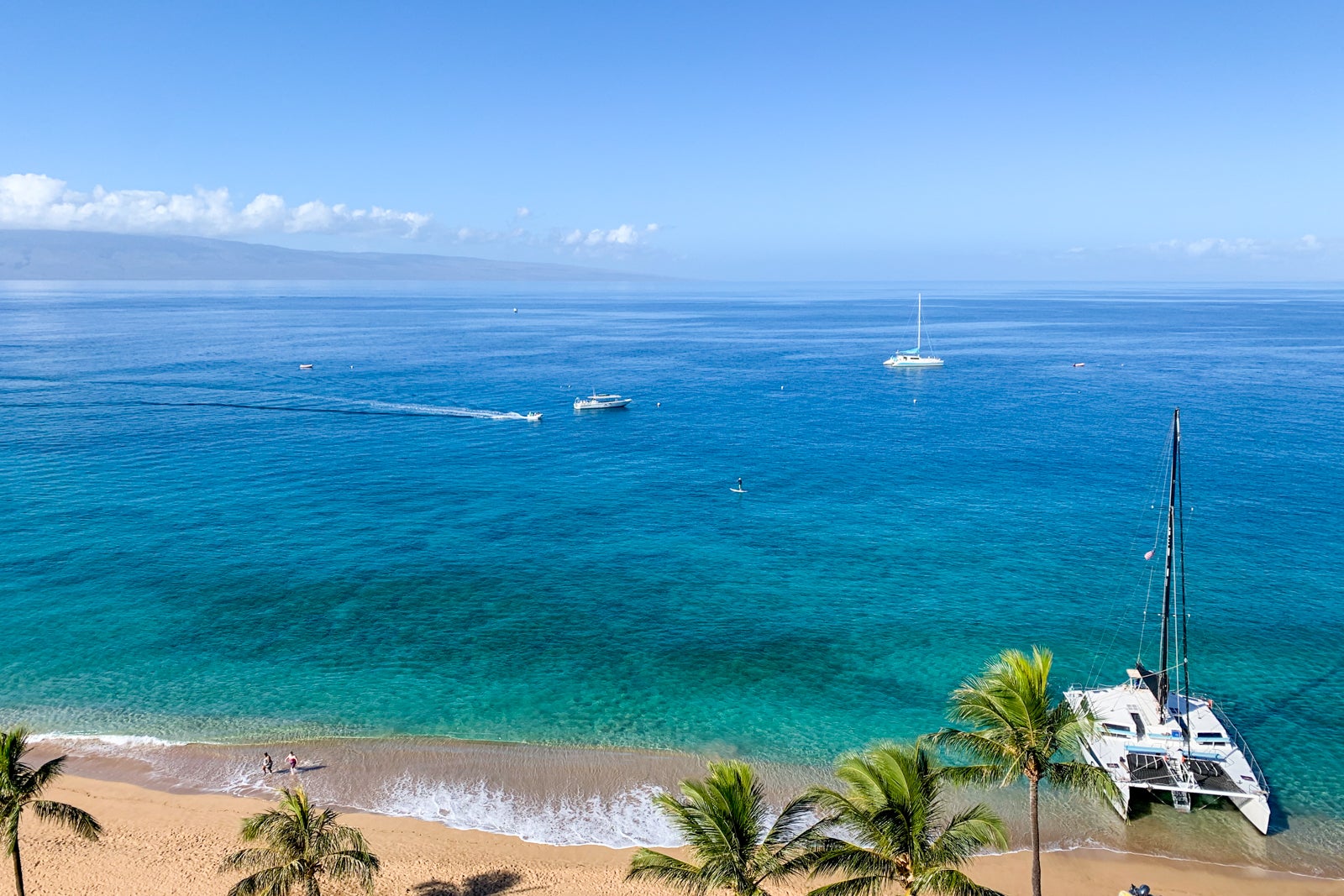 This post has been updated to include Delta's full meal service in Delta One from Minneapolis (MSP) and Atlanta (ATL) to Honolulu (HNL).

With international travel restrictions still largely preventing Americans from leaving the country, many are looking for their next getaway a bit closer to home — and Hawaii naturally fits that bill. Despite some early hiccups, the Aloha State has reopened to visitors, albeit with some stringent testing and pre-registration requirements to keep COVID-19 under control across the islands.

And while reaching Hawaii from the U.S. mainland is relatively easy, the state's location means that you'll still need to spend at least five hours in the air. As a result, the food-and-beverage selections on these flights is critical to know if you're planning a trip there.

Here's everything you need to know about what the major U.S. airlines are offering onboard flights to Hawaii right now.

At the time of writing, Alaska is offering the following flights from the U.S. to Hawaii:

If you're booked on any of these flights, here's what you can expect.

At the front of the plane, passengers can expect a limited selection of non-alcoholic drinks — including Coke products, orange juice, coffee, tea and bottled water. You can also enjoy a pair of beer selections from Fremont Brewing along with red or white wine.

Alaska also provides a complimentary snack basket along with a more substantial meal — either a ham and egg breakfast wrap (for morning departures through 10 a.m.) or a harvest smoked turkey sandwich (for departures after 10 a.m.). Finally, first-class passengers can enjoy the carrier's signature fruit and cheese platter from 5 a.m. through 8 p.m. — though pre-orders are highly recommended, which can be done starting two weeks prior to your flight's departure.

If you're flying in Alaska's domestic premium economy product, you'll enjoy the same drink selection as first class passengers for both alcoholic and non-alcoholic beverages. However, your food offerings are limited to the aforementioned fruit and cheese platter — and you're required to pre-order it (up until 20 hours before your flight).

In regular economy, passengers are limited to the same set of non-alcoholic beverages listed above. They can also purchase the fruit and cheese platter, and pre-orders are required.

Related: I just traveled to Hawaii: Here’s what it’s like for tourists right now

At the time of writing, American is offering the following flights from the U.S. to Hawaii:

Here's what to expect if you're booked on American to Hawaii.

Travelers in the front of the plane will enjoy complimentary fresh snacks along with packaged snacks, water, canned drinks and juice. Alcohol will be available as well — though no drinks will be served prior to departure.

American has resumed serving meals on these flights, but they will be served on a single tray rather than courses.

Service in both Main Cabin Extra and regular economy will be much more limited, consisting of pretzels or Biscoff cookies along with a choice of water, canned drinks or juice. No alcohol is served, and there's no additional food for purchase.

At the time of writing, Delta is offering the following flights from the U.S. to Hawaii:

Here's what to expect if you're booked on Delta to Hawaii.

Delta One and first class

Passengers traveling in first class on most flights to Hawaii will be limited to 8.5-ounce bottles of water along with complimentary wine and beer. Unfortunately, the food offerings are limited to individually-packaged Flight Fuel boxes and other snacks.

Note that Delta's website says that all domestic flights follow this service model. However, reports indicate that the carrier's two longest flights flights to Honolulu — out of Atlanta and Minneapolis — are being treated like long-haul international routes in Delta One, including a hot meal and a full selection of beverage options.

Travelers in Comfort+ and regular economy on most flights will have notably slimmer service — just bottled water and two prepackaged snacks. However, on flights from Atlanta and Minneapolis to Honolulu, Comfort+ and economy passengers will still enjoy a meal and beverage service.

At the time of writing, Hawaiian is offering the following flights from the U.S. to Hawaii:

Here's what to expect if you're booked on Hawaiian Airlines to the Aloha State.

For starters, Hawaiian has pushed pre-departure beverage service in first class to take place shortly after takeoff — to minimize mask removal while economy passengers are boarding. In addition, beverages are limited to canned and bottled selections on all flights other than the long-haul departures to/from Boston and New York-JFK — where poured beverages remain an option.

For meals, Hawaiian is taking a similar approach as American: All first-class passengers will still enjoy full meal service but on a single tray rather than in courses.

Passengers in the main cabin will receive complimentary bottled water but are limited to canned and bottled beverages on all West Coast departures and arrivals (long-haul flights to/from Boston and New York-JFK can still receive poured beverages). All travelers — regardless of flight length — will still receive a complimentary sandwich, though these are pre-packaged and vary depending on the time and direction of travel (more details at this link).

At the time of writing, Southwest is offering the following flights from the U.S. to Hawaii:

Southwest usually offers limited snacks and beverages on its planes, but this has been slimmed down even more due to the pandemic. All flights across the carrier's network that cover more than 250 miles — including those to Hawaii — only serve water and snacks. There's no alcohol service at all. As a result, you'll want to bring your own food and drinks on your Southwest flights to Hawaii.

Read more: 10 things to expect on Southwest flights to Hawaii

At the time of writing, United is offering the following flights from the U.S. to Hawaii:

Here's what to expect if you're booked on United to Hawaii.

Travelers in United's premium cabins will enjoy complimentary beverages — including beer, wine and liquor — on all flights to and from Hawaii. For food, all first-class passengers will receive a choice of a sandwich and one of the carrier's snack boxes. However, for Hawaii flights departing from or arriving into Chicago, Denver, Houston, Newark and Washington-Dulles, you'll also receive a main meal (on one tray) along with a selection from a pre-arrival snack basket.

If you're booked in United economy, you'll enjoy a selection of complimentary non-alcoholic, sealed beverages — though no alcohol is available to purchase. You'll also receive a pre-packaged snack bag with a wrapped sanitizer wipe, a bottle of water and two snacks.

However, a recent report from Live and Let's Fly indicates that, as of Mar. 4, United will once again begin offering limited, buy-on-board options for economy-class passengers on the following routes:

It's unclear whether this will be similar to the Denver relaunch of buy-on-board snacks, beer and wine from last November, but it's certainly an upgrade to the carrier's in-flight offerings — though may lead to more maskless time for passengers.

We've reached out to United for further clarification and will update this story if we receive any additional details.

No one likes taking a five-plus hour flight with limited food-and-beverage options, but the ongoing coronavirus pandemic has made that a necessity. If you're booked on a flight to or from Hawaii in the near future, be sure to carefully review what your given airline is offering along these lines — and then plan ahead to avoid being hungry (or thirsty) upon arrival.

Related stories
A solid option for American loyalists: AAdvantage Aviator World Elite Business Mastercard review
Is the Amex Business Platinum worth the annual fee?
Maximize your points: Why you should consider redeeming Hilton points abroad
The 18 best places to travel in 2023
Featured image by (Photo by Madison Blancaflor/The Points Guy)
Editorial disclaimer: Opinions expressed here are the author’s alone, not those of any bank, credit card issuer, airline or hotel chain, and have not been reviewed, approved or otherwise endorsed by any of these entities.