10 Things to Expect on Southwest Flights to Hawaii

Articles
Summer Hull , aka Mommy Points, ran the Mommy Points site for families who want to travel more for less using miles and points for seven years. She now heads up a variety of special projects at TPG when she isn't exploring the world with her own two girls.
Follow
March 04, 2019
•
9 min read 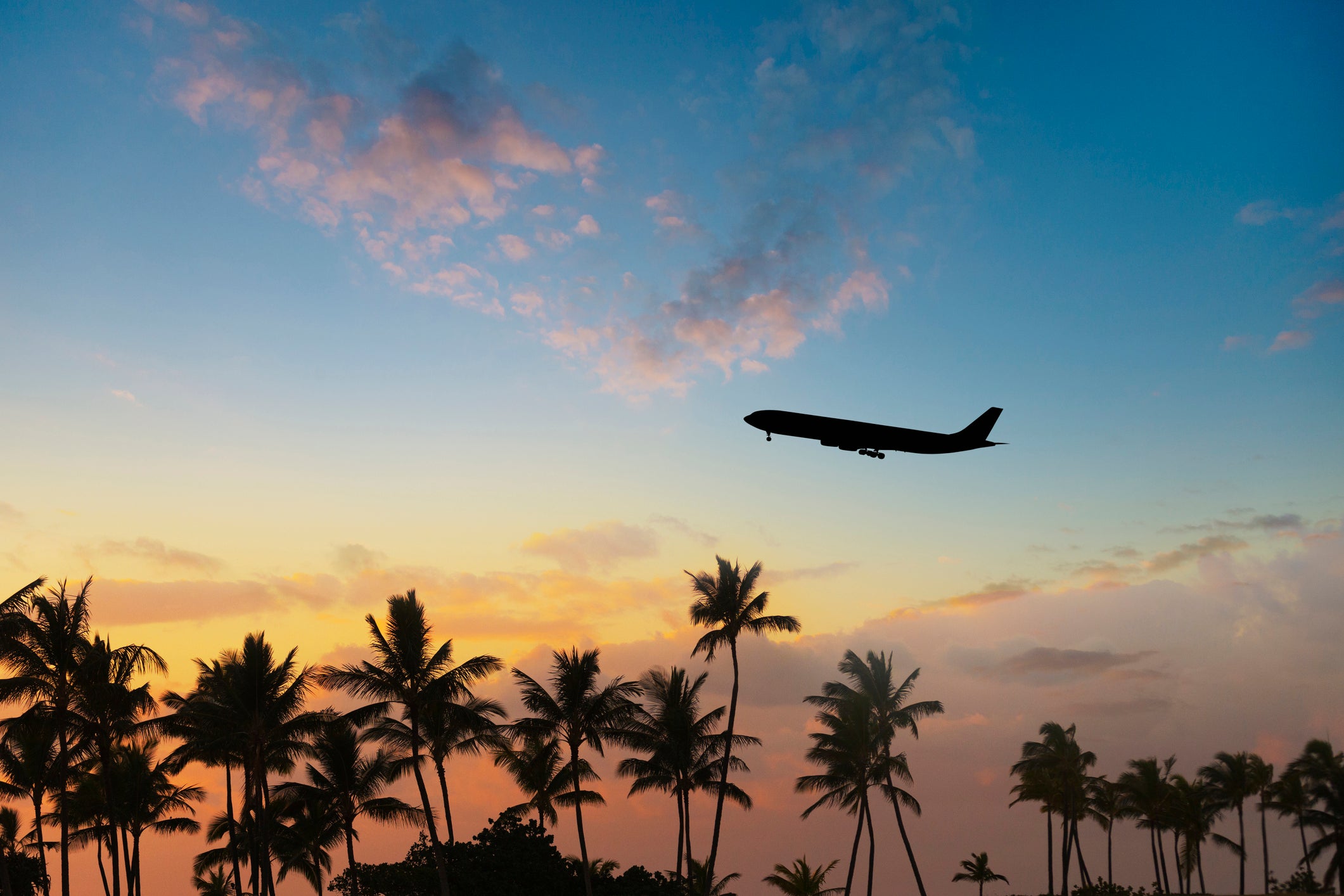 Earlier this morning, the dynamics of air travel to and within the Hawaiian Islands changed for the better. Hawaii is now a more accessible travel destination with fares starting at just $49 each way thanks to Southwest launching service beginning March 17 from Oakland to Honolulu.

Southwest's Hawaii service will quickly expand from there with additional mainland and Hawaiian cities coming online in the spring and summer. For those that like to travel using Southwest Rapid Rewards points, or Chase Ultimate Rewards points transferred (immediately) to Southwest, a $49 fare translates to a ticket to Hawaii for as few as 1,950 points + $5.60.

Here's everything you need to know about Southwest's new service to Hawaii -- including routes, launch dates and recommendations on how to book. And here are the best current Southwest deals to Hawaii starting at $49 from California and $29 for intra-island.

At the links above, you can learn all about booking Southwest tickets to Hawaii, the routes, the timeframes and the fares -- which are currently said to be at two-day intro pricing specials, so don't delay in booking the cheapest tickets as they are selling out very quickly. Now, let's talk about what to expect when flying Southwest to Hawaii (and you can bet we will bring you formal reviews from the inaugural flights in a few short weeks).

Southwest had already told us that a Companion Pass will work for Hawaii travel, and indeed, it does. If you can scoop up a $49 (1,950 point) ticket to Hawaii, then two can fly for that price with the Companion Pass. All the companion has to pay are the taxes, which are very minimal to Hawaii as a domestic destination.

Adding a Companion is easy on Southwest and rang in at just $5.60 in taxes -- here's how to earn one if you now find yourself dreaming of BOGO tickets to paradise.

The worst thing about Hawaii trips is often leaving the islands. Families may find the red-eye departures that are routinely offered on many other airlines are an especially painful way to say goodbye to paradise. I recommend stopping on the West Coast when traveling with little kids to/from Hawaii, and that will be easy with Southwest as they are offering a variety of flight times to and from the islands. The latest (or rather earliest) arrival I see to California on the return home is 12:50am, with lots of earlier options available.

3. Decent Legroom to Hawaii, but No First Class

You aren't splurging on a first class upgrade to Hawaii on a Southwest-operated flight, but the seats aren't actually the worst either. Southwest seats to Hawaii have 32-inch pitch, 17.8-inch width, and 2-inch recline, which holds up well against some competitors. To give some comparison, United operates a Boeing 737-900 on some West Coast to Hawaii routes, and on those aircraft you will find economy seats with 31 inches of pitch and 17.3 inches of width. In those cases, Southwest seats are actually better, so unless you can get yourself into Economy Plus or First Class on another airline, you probably aren't worse off on a Southwest flight.

4. You Can Connect on the West Coast to Hawaii -- Sometimes

In testing Southwest's booking engine with cities beyond the West Coast, we're seeing a mixed bag of results in terms of what's bookable, and when. To boot, this seems to be rapidly changing.

From NYC, you are best off looking to a Newark origination to get to Hawaii on Southwest. Baltimore/Washington International Thurgood Marshall Airport (BWI) works as well. Cities such as Atlanta (ATL) and Orlando (MCO) had plenty of available options, while the likes of Philadelphia (PHL), Boston (BOS) and Portland (PWM) showed practically no dates available for booking on one ticket.

From the Midwest and Central US, our tests suggest that bookable flights to Hawaii primarily show up for cities that currently fly direct between Oakland. For instance, flights operate nonstop between Austin and Oakland, so Austin to Maui by way of an Oakland stop is available on a number of dates. However, those flights aren’t available every single day.

Generally speaking, not all US cities served by Southwest have good availability to Hawaii at the moment. While we have seen some exceptions, pricing is sometimes higher on some non-West Coast routes than what we're seeing on legacy US carriers. Our advice is to either snag a cheap Southwest ticket from its West Coast cities if you can and then book a positioning flight from elsewhere using points and miles, or be quick on the trigger when legacy carriers begin to sell attack fares, as we've already seen with American Airlines.

Ideally, you are heading to Hawaii to relax and unwind, but if you need to stay connected (at least during your flights), then Southwest has a major edge over many competitors with $8 gate-to-gate Wi-Fi offered to Hawaii.

If you want to add Early Bird Check-In to your Hawaii reservation so that you get as high of a boarding position as possible (since you board in order and don't have assigned seats), be prepared to shell out $25 per person per direction of travel. That is, not surprisingly, at the top-end of the $15 to $25 variable pricing for Early Bird Check-In. In our tests, intra-island Early Bird prices were just $15, which also makes sense for the shorter flights to fall at the bottom of the pricing tiers.

Families with kids ages 6 and under, will still enjoy family boarding between the A and B groups making Early Bird less of a priority for young families.

Southwest isn't going to serve you a hot meal to Hawaii, but they are handing out complimentary snack bags that the airline says "include a little bit of everything to satisfy those inflight cravings." A Southwest spokesperson says the bags will include Wheat Thins, pretzels, cheese spread, fruit snacks and Tic Tacs.

In terms of drinks, expect to find a free Minute Maid Pineapple Orange Juice Blend, or you can purchase a Kona Longboard Island Lager or Blue Chair Bay Coconut Spiced Rum to toast your island getaway!

Outside of Wi-Fi that will cost $8 per device, all other entertainment is free on Southwest flights to Hawaii, but there's a catch. Southwest does not have in-flight screens or outlets. You need to bring your own fully charged devices ready to watch the free entertainment. Given the six-hour flight times, you may want a backup charger, too. You'll find our top backup charger pick and other in-flight goodies listed here.

Your puppy may not be able to make the trip on Southwest to Hawaii, but your kid can do it by themselves as an unaccompanied minor starting at age 5 for a fee of $50 each direction. Unaccompanied minors are permitted on nonstop Southwest flights to the Hawaiian Islands, just as on other domestic trips.

Use Your Ultimate Rewards Points to Book Southwest

As soon as tickets went on sale this morning, I instantly transferred 11,000 points from Chase Ultimate Rewards to Southwest to book five seats on a flight from Honolulu to Kona for this summer. Until today, my only real booking options would have been paying $80 to $100 for each on Hawaiian Airlines (or using 6,000 JetBlue miles on Hawaiian). Instead, getting for five seats for just 10,525 total Ultimate Rewards points transferred to Southwest Rapid Rewards plus $28 in taxes was a steal.

Flying Southwest to Hawaii isn't going to be a luxurious experience, but from what we know, it shouldn't be bad, either. Here are tips if you want to pick up a new Southwest credit card (and associated bonus points) to head to Hawaii, and stay tuned for more Southwest Hawaii coverage leading up to and including the March 17 inaugural flights.

Related stories
Flying Blue finally fixes its award search, making it easier to book award tickets
Newark's gorgeous new terminal just got delayed into 2023
The best credit cards for paying your cellphone bill
Why you should consider having both the personal and business Amex Platinum cards
Featured image by Getty Images
Editorial disclaimer: Opinions expressed here are the author’s alone, not those of any bank, credit card issuer, airline or hotel chain, and have not been reviewed, approved or otherwise endorsed by any of these entities.