What It's Like to Island Hop in Hawaii on Southwest Airlines

Articles
Summer Hull , aka Mommy Points, ran the Mommy Points site for families who want to travel more for less using miles and points for seven years. She now heads up a variety of special projects at TPG when she isn't exploring the world with her own two girls.
Follow
June 08, 2019
•
9 min read 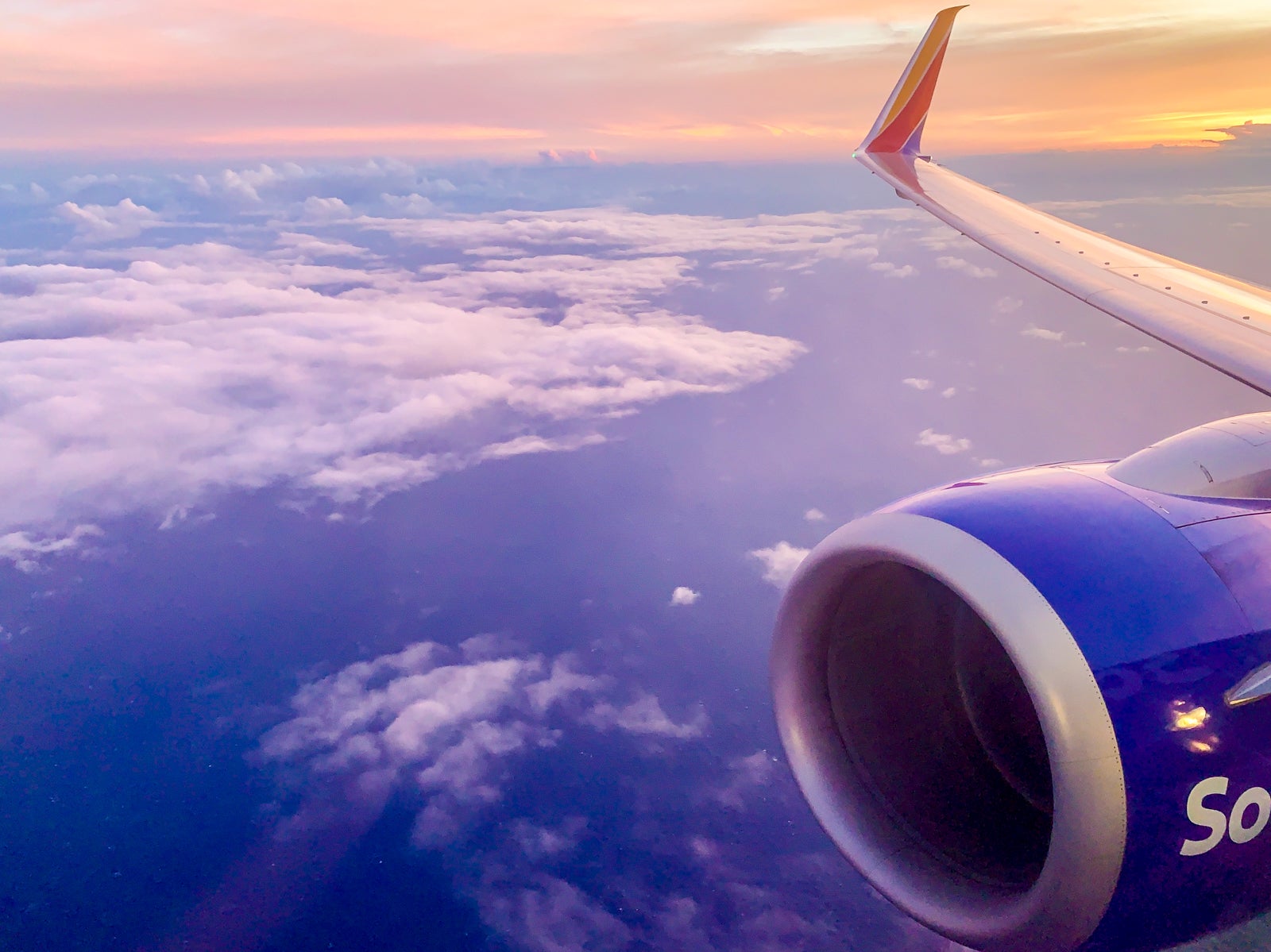 Southwest Airlines took to the skies en route to Hawaii for the first time in March of this year, and now you can do more than just fly from the mainland to Hawaii on Southwest. You can also island hop. Each Hawaiian island is so different that if your trip is long enough, you can explore Volcanoes National Park on the Big Island, see the lush, green, laid-back northern side of Kauai, surf Waikiki and remember Pearl Harbor on Oahu all in the same Hawaiian trip.

Southwest doesn't (yet) provide service between all of Hawaii's main islands, but we recently grabbed a great deal to fly Southwest from Honolulu to Kona on the Big Island. This new interisland service began in May 2019, so our early June flight occurred during the first few weeks of service.

One of the best things about Southwest Airlines interisland flights in Hawaii (currently just Honolulu to Maui or Kona, but with more to come), is the price. We paid about 2,000 Southwest Rapid Rewards points per one-way ticket, and similar prices are still readily available on a variety of dates, both for close-in travel and all the way through the end of the booking calendar. You can transfer points from Chase Ultimate Rewards and cards such as the Chase Sapphire Preferred Card and Chase Sapphire Reserve to Southwest at a 1:1 ratio.

Of course, you could also book award flights directly with your Rapid Rewards points. If you want to pay cash, the tickets between Honolulu and Kona start at about $39 each way. Should you be lucky enough to have a Southwest Companion Pass, you can use that to book a friend or family member on the same island-hop as you for just the $5.60 charge in taxes/fees.

Since Southwest Airlines doesn't assign seats in advance, we checked in online about 24 hours ahead of the flight to get the best boarding position we could and ended up with A45 - A50. This means we were boarding ahead of the B and C groups. Since we have a child 6 years old or younger, we could have used family boarding between the A and B groups if our assigned positions were higher than A60.

Southwest Airlines operates out of the G gates at Honolulu International Airport, a pretty long walk from the airline's check-in area, especially if you have little ones. If you're hungry, there's a Burger King, a California Pizza Kitchen and a restaurant with offerings similar to Panda Express in a small food court located just past security near the Southwest check-in area. There won't be a meal on your short island-hop, so fuel up in the airport if needed.

The Southwest gates themselves are on the lower level of the airport, but are bright and sleek. They are a noticeable upgrade from much of the rest of the somewhat dated airport.

The seats in the boarding area have power outlets, there was was plenty of available seating even with two Southwest flights boarding at about the same time and there was a bathroom located just a few feet away. Basically, everything you need before a quick flight.

Since they have a unique boarding procedure, it's always a little stressful ensuring you are lined up correctly with Southwest, but as long as you pay attention and look for your number, it isn't terrible.

Boarding began 30 minute before our 7pm scheduled departure. Since there were two Southwest flights loading at the same time, we were given a color-coded plastic boarding authorization pass to ensure we were getting on the correct aircraft.

Be aware that all of the Southwest flights at Honolulu board outside, using a ramp.

With a posted departure time of 7pm, we were wheels-up by 7:09pm and on our way to Kona.

One thing that is pretty consistent on Southwest Airlines is your aircraft type. The airline operates the Boeing 737 aircraft on all its flights, the 737-700 and longer 737-800 models (with its MAX 8 currently still grounded). When we boarded, the first several rows were already full, but we settled into seats a couple of rows ahead of the wings and were able to get seats together easily -- a row of three for the girls and me, with grandparents seated in the row in front of us. They did eventually get a third seatmate, as it was a pretty full flight.

Much like the boarding terminal, the Southwest cabin felt fresh with the bright blue seats (instead of the old brown ones). Despite the full flight, there were never any requests for passengers to gate-check bags, so overhead storage didn't seem to be a problem on this short flight.

Legroom is above-average on Southwest, ranging from 32 to 33 inches of pitch. This is not bad these days.

As for entertainment, Southwest Airlines has free movies and TV -- as long as you have their app. So, if you want to watch a few minutes of a show on your island-hopping flight, be sure to download the app ahead of time. Options included movies such as "Incredibles 2," "A Star is Born" and "Ralph Breaks the Internet." Gate-to-gate internet is also available (and functional) on these interisland flights, but that comes at a charge of $8 per day (free for A-List Preferred members). Just be sure to charge your phone or tablet before your flight as there are no outlets on board.

Frankly, I didn't use any of that. The flight is short and this was happening right outside my window, which was a much more entertaining sight than any movie. Be sure to sit on the right side of the aircraft if you want this view on a dusk flight from Honolulu to Kona.

Despite being in the air for less than 40 minutes, you get a snack on these Southwest interisland flights. First came the packaged OceanSpray cran-grape juice, and a few minutes later, ice water and pretzels followed. It's nothing to get excited about, but you won't starve on your 163 miles in the air.

As is often the case, Southwest service was friendly, funny and informal. The crew was telling jokes as people boarded and was prompt with the inflight service, happily providing as much juice and pretzels as you could reasonably want.

The most impressive service came as we were walking off the plane in Kona. The car seat that we had gate-checked in its cover -- and usually have to wait around at least 10-15 minutes to claim -- was already sitting outside the aircraft, waiting for us. Perhaps the lack of a jetbridge sped this process along but whatever the reason, I was impressed.

It wasn't just mainlanders like us who were island hopping on this Southwest flight. There were a bunch of travelers who live in Hawaii who made the trip to Oahu for the weekend and were now heading back to Kona on the Big Island. We heard them say that they flew in for the weekend just because flights were cheap. They said what once could cost $200 was just $29, so why not take advantage?

With free checked and carry-on bags, free inflight entertainment, no change fees, affordable rates and a friendly attitude, Southwest Airlines is a great choice to island hop in Hawaii. For now, your Southwest hopping is limited to Honolulu flights to Kona or Kahului (Maui), but Lihue on Kauai and Hilo will come in the future as the airline expands its Hawaiian service.

For more information about traveling on Southwest:

Related stories
Legislation that could gut credit card rewards set to move through Congress
Would you stay at 1 of these 8 haunted hotels this Halloween?
Southwest winter flash sale: Get one-way flights for as low as $29
You can currently buy points and miles with up to a 100% bonus — but should you?
Featured image by (Photo by Summer Hull / The Points Guy)
Editorial disclaimer: Opinions expressed here are the author’s alone, not those of any bank, credit card issuer, airline or hotel chain, and have not been reviewed, approved or otherwise endorsed by any of these entities.