How Regional Flying Is Changing at American, Delta and United

Articles
Darren Murph holds a Guinness World Record as the planet's most prolific professional blogger. He's an explorer at heart, having traversed nearly 50 countries and all 50 US states. He's flown over one million miles on Delta alone, and serves as a senior writer at TPG.
Follow
Feb. 08, 2019
•
7 min read 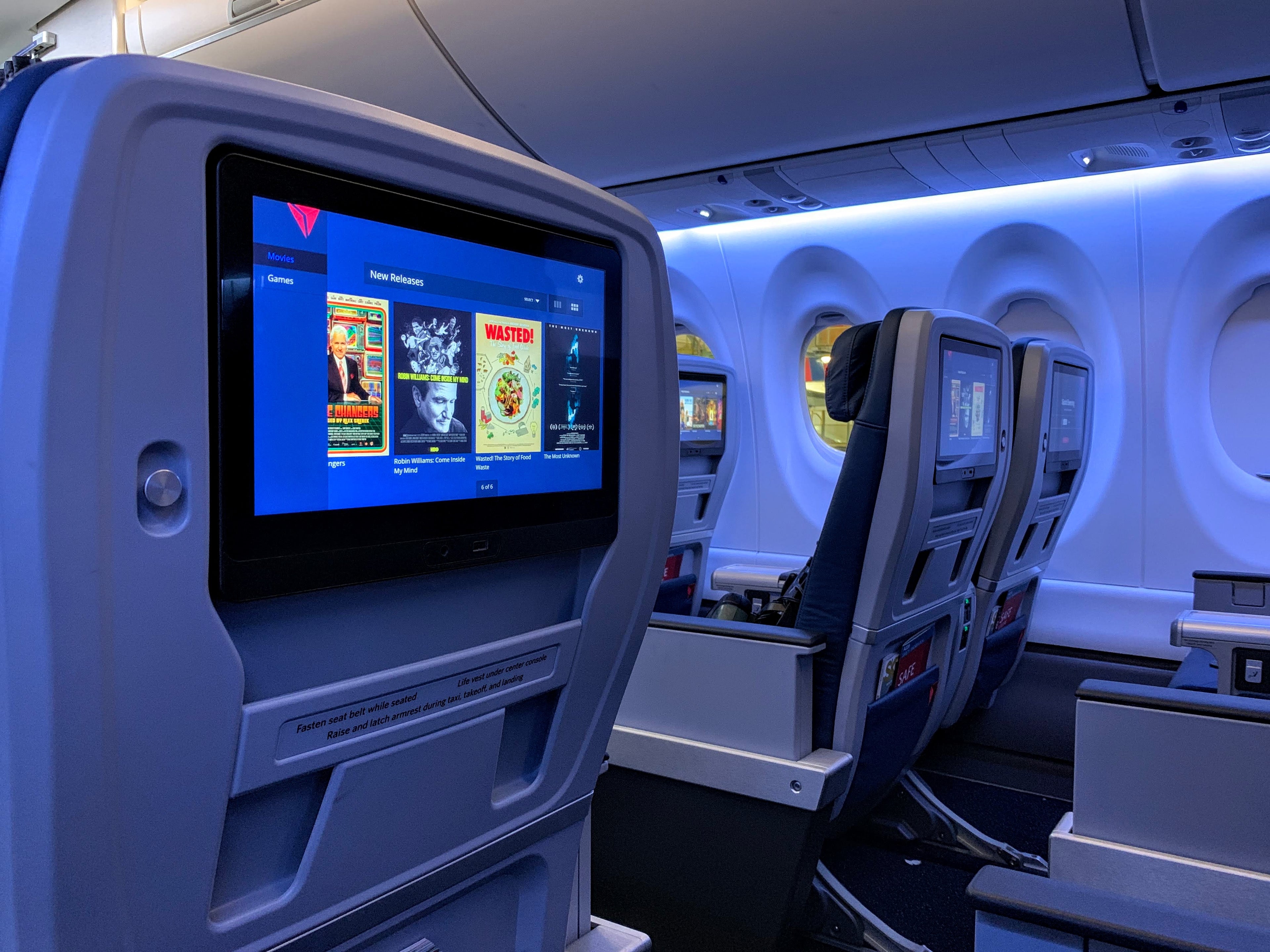 It's a big week for small jets. Within the span of 48 hours, United announced a new aircraft layout to bring premium accoutrements to regional markets and Delta began passenger service aboard the newest jet in the United States. Both airlines are looking to address the same issue — regional business flyers want premium products — but are doing so in distinctly different manners.

While United is taking the fuselage of a CRJ700 and installing just 50 seats in it instead of the usual 70 to create the CRJ550, Delta is bringing the 109-seater A220 to markets historically served by much smaller birds. So, what gives? We reached out to all three of the major US carriers to get a bead on what exactly they see in the premium regional market, and why their strategies to serve that demand look nothing alike.

To really understand why United is equipping its forthcoming CRJ550 with four storage closets, a self-service drink and snack station, and 10 (out of 50 — that's a big percentage!) first class seats, you need to have a basic understanding of scope.

US airlines all have agreements with their pilots that dictate how many regional jets can be added to the fleet and outsourced to partners like GoJet. United and Delta have hard caps on the amount of regional jets they can operate, while American can add more regional jets if it adds more mainline jets.

United is essentially tapped out on adding additional 51 to 76-seat aircraft, but it has latitude in the 50-seat department. Hence, the CRJ550. United has been growing in regional markets with single-class airplanes like the CRJ200 and Embraer 145, but the big issue here is that it is competing in many of those markets with two-class aircraft operated by American and Delta. A business traveler originating in a city in the middle of the US and connecting to Asia or Europe, for example, isn't particularly keen on spending the first few hours of their journey in a cramped CRJ200 before eventually stretching out on a widebody jet to their international destination.

United wants to earn that business, and it's taking the quick-but-inefficient route of spending more money to fly fewer people on a CRJ700 body. While it remains to be seen how elegantly passengers can deplane while storing their luggage in closets rather than overhead bins, as well as the real utility of a self-serve bar on flights 900 miles or less, it will accomplish the goal of adding first class to important business markets like Bentonville, Arkansas (XNA) — the headquarters of the biggest retailer in the world, Walmart.

In speaking with a United representative, we were told that "United has more premium demand than any US airline," and it is "focusing on serving smaller markets [with passengers] traveling onto international destinations with the best product."

While it's true that the CRJ550 will be "the best 50-seater in the sky," as United tells it, that's mostly because neither American nor Delta are taking this same approach. We're given the impression that United will position the CRJ550 on markets where there's strong originating business demand, though "the CRJ200 and Embraer 145 will [still] play an important role in United's fleet going forward."

In many ways, United is playing catch-up to American's regional strategy. AA currently has a whopping 54% more two-class regional jets than United, all of which offer Wi-Fi access and free streaming entertainment to personal devices. Plus, American is adding power ports to each seat in those aircraft.

In speaking with an AA representative, I did not get the impression that AA is upset by the introduction of United's CRJ550. In fact, it could be easily argued that AA's proliferation of two-class RJs operating out of major markets such as Chicago are precisely what triggered United to do something to compete. All things being equal, business travelers originating in a small market but connecting to a premium international product would likely choose a carrier with domestic first class on their positioning flight.

In the short term, I'd expect AA's regional fleet to remain as it stands, albeit with more power ports and fresh entertainment options.

When one zigs, zag. That's the general principle that Delta seems to be adhering to as it addresses premium demand in regional markets. In its most recent Investor Day, Delta Air Lines president Glen Hauenstein showcased a slide devoted to upgauging, the industry term for switching to bigger airplanes on a given route. Delta now sells 60% of its first-class seats, compared with just 13% a few years prior, and it's seeing the same demand uptick in the premium market that rivals are seeing.

The above slide specifically speaks to upgauging CRJ900 aircraft (76 seats) to A220 aircraft (109 seats), which enables a 12% boost in premium seats across first class and Comfort+ as well as a 20% reduction in fuel burn per seat. The A220 is the most fuel-efficient bird in Delta's fleet, so it's saving cash on gas while selling more seats per flight.

While the A220 is capable of coast-to-coast flying, Delta has stated that it will (at least for now) use it on medium-haul, business-heavy routes that have historically been served with the likes of a CRJ900 or Embraer 170/175. In parallel, Delta has been systematically phasing out its 50-seat CRJ200 aircraft rather than pushing premium interiors into smaller bodies.

The nuance here is that the 109-seat A220 is a mainline Delta jet, but the airline has structured its network such that the A220 can replace an outsourced 76-seat regional jet, which definitely makes Delta's in-house pilot team happy.

Even for CRJ900s that continue to operate workhorse routes like Raleigh–Durham (RDU) to New York–LaGuardia (LGA), Delta has plans to add a dash of premium with its new Atmosphere cabin. That cabin is already live on a small number of CRJ900s, including one that makes frequent hops between Minneapolis (MSP) and Houston (IAH).

While airlines love to copy one another (raising bag fees, anyone?), fleet dynamics is one area that is increasingly personal. It's also remarkably complex, with issues like pilot contracts affecting decisions that may seem cut-and-dried from the outside.

One thing that seems universal, however, is an industry yearning to trickle premium down as far as economically possible. Margins on premium seats are higher, and those inclined to spring for premium products are apt to be more loyal. United's going small, Delta's going big and American is largely staying the course.

For passengers, this is all very good news. The ability to fly upscale products without having to leave the country (or even a time zone) is a boon, and while the tactics may vary, we'll take cabin improvements any way we can get them.