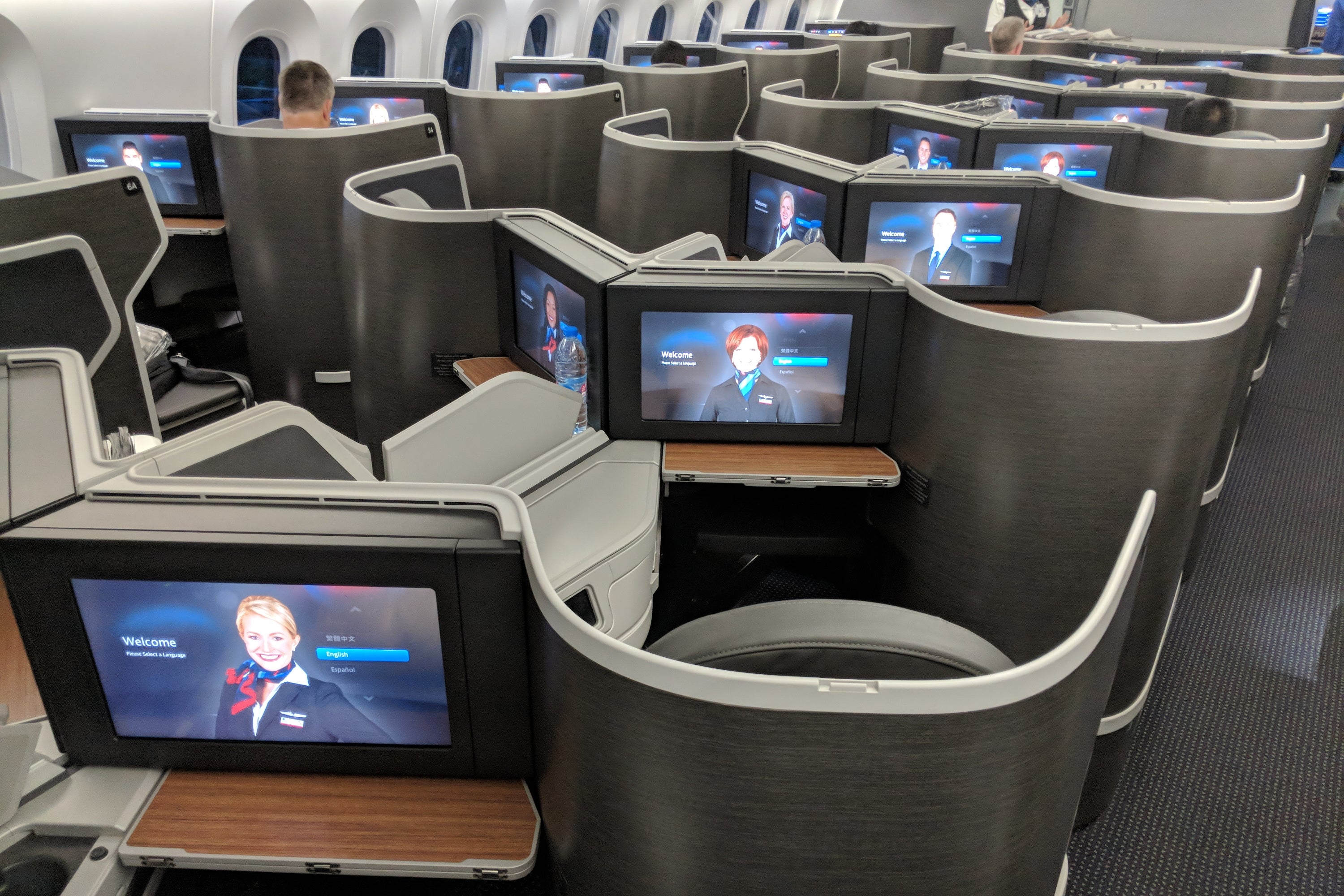 American Airlines now offers free live TV on more than 900 aircraft
This post contains references to products from one or more of our advertisers. We may receive compensation when you click on links to those products. Terms apply to the offers listed on this page. For an explanation of our Advertising Policy, visit this page.

From closing-door suites in business class to restaurant-style dining in lounges, US carriers have been upping their game for those sitting in first class. Meanwhile, it seems a constant in economy that aircraft seats and bathrooms are getting more cramped.

That said, there are a few ways in which airlines are trying to outdo each other in economy: food options, high-speed Wi-Fi and plenty of in-flight entertainment options. JetBlue has long been a leader in these aspects, helping it score Best Domestic Economy Class product of the year at the inaugural TPG Awards.

In September 2018, AA announced that it had added 12 channels of live TV to more than 100 of its aircraft. While we haven't heard much from AA since, the airline has been busy — quietly — increasing the number of aircraft with DISH TV.

In the past year, AA has only publicly shared this passenger experience improvement through a stinging subtweet on the day of United's announcement that 200 of its aircraft now had free live TV:

One reason for the airline's relative quiet on the topic could be that it's hard to keep up with the numbers. AA recently completed an incredible Wi-Fi retrofit project, where it added high-speed satellite-based Wi-Fi to more than 500 aircraft in 11 months. And each of these installations meant another AAircraft with live TV.

Now that AA's Wi-Fi retrofit project is over, let's check in on where and how American Airlines is offering free, in-flight live TV:

When the DISH TV system was flipped on last September, only American Airlines aircraft installed with Gogo 2Ku — which numbered just 108 at the time — received the new feature. Since then, AA retrofit another 151 aircraft with Gogo's high-speed internet option.

Although these live TV channels are powered by the Wi-Fi provider, there's no need to pay for Wi-Fi to watch live TV. Similar to how AA streams in-flight entertainment to passengers' devices, these live TV options are free either through the seat-back in-flight screen or — more and more commonly — your own device.

While live TV is relatively new on domestic aircraft, American Airlines has offered live TV on much of its international aircraft fleet for years. On its Airbus A330, Boeing 777 and Boeing 787 Dreamliner aircraft, AA has offered Panasonic Wi-Fi along with seat-back in-flight entertainment screens with live TV options.

That's a lot of information and details for infrequent travelers, so let me break it down this way:

And now the exceptions: